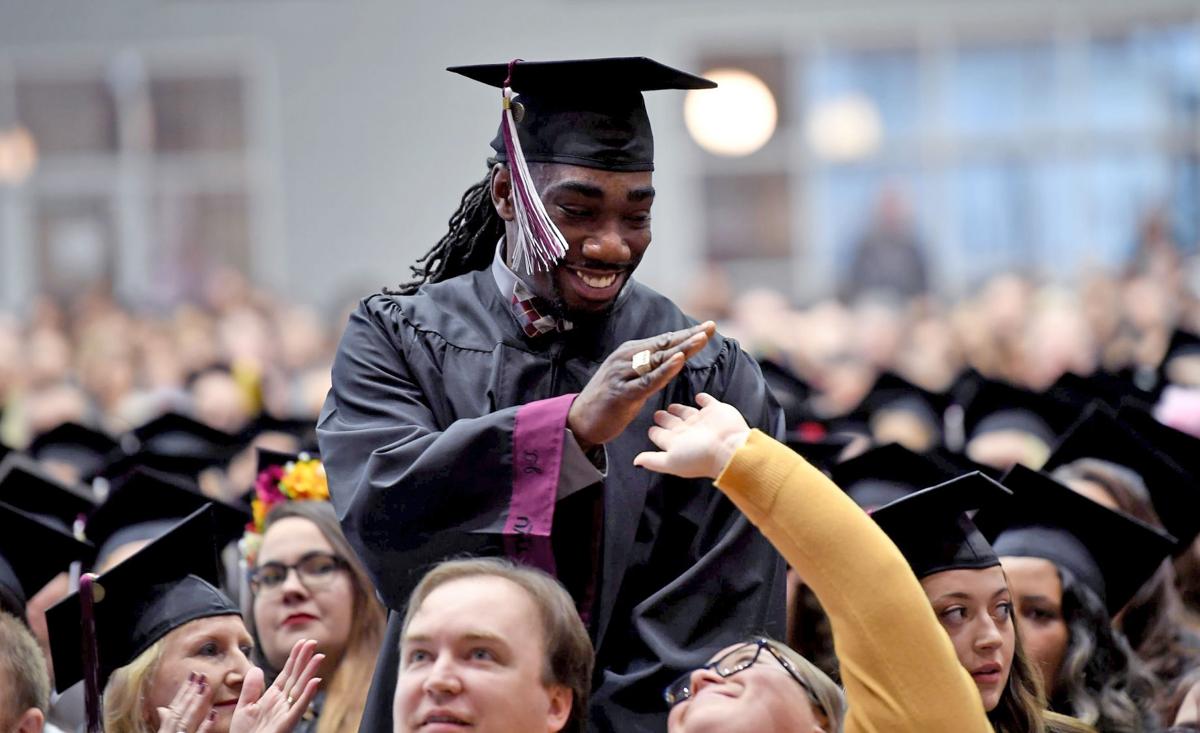 Ryan Matthews served five years on death row at Angola before he was exonerated by DNA. Last month, he graduated from college. 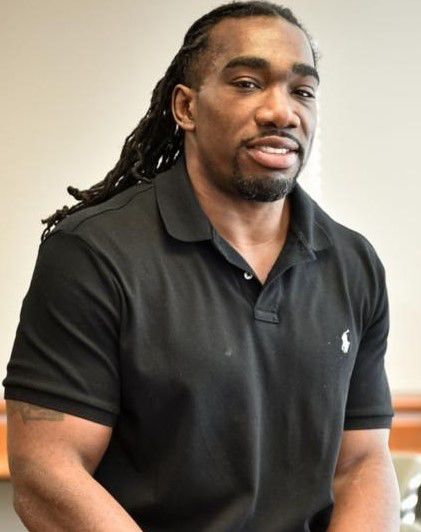 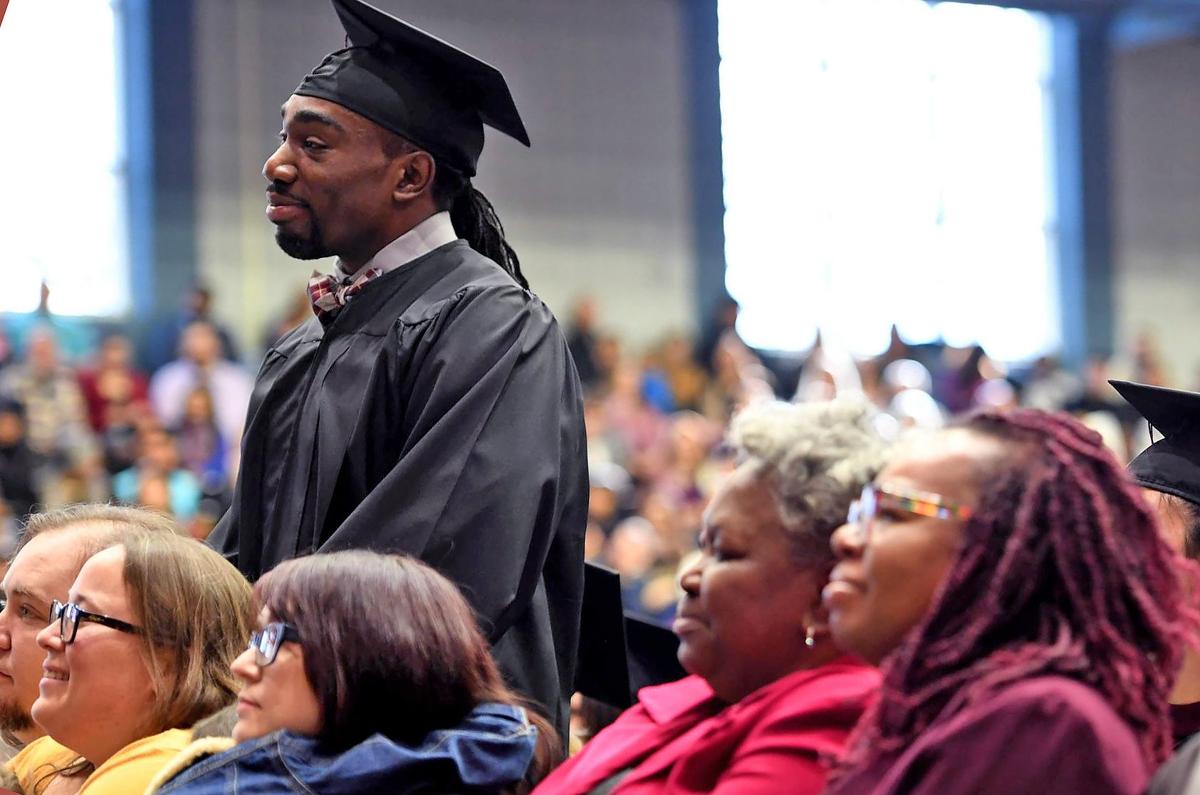 Ryan Matthews, standing, served five years on death row at Angola before he was exonerated by DNA. Last month, he graduated from college.Matthews is flanked by his mother, Pauline Matthews, who is seated to the right of his older sister, Monique Coleman. 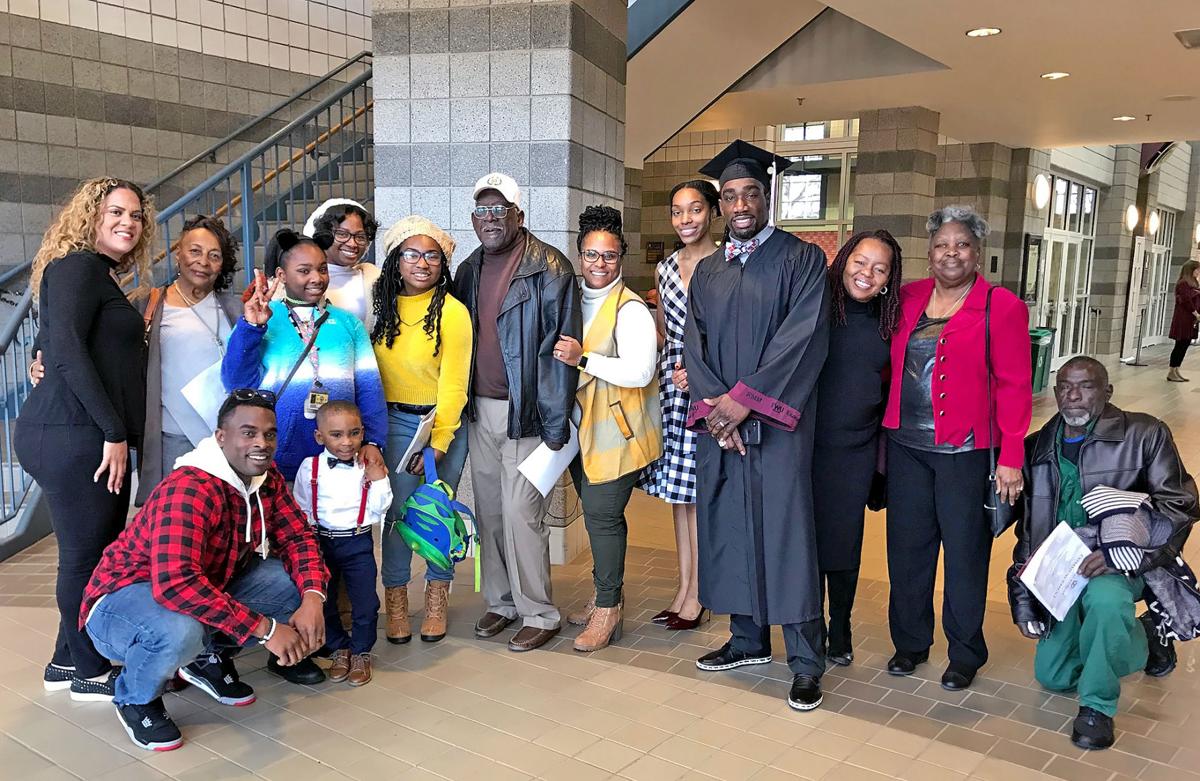 Ryan Matthews, fourth from right, is pictured with his family after graduation from college. Matthews served five years on death row at Angola before he was exonerated by DNA. ORG XMIT: 1ANRBBDdnTjaKmQ-kC4c

Ryan Matthews served five years on death row at Angola before he was exonerated by DNA. Last month, he graduated from college.

Ryan Matthews, standing, served five years on death row at Angola before he was exonerated by DNA. Last month, he graduated from college.Matthews is flanked by his mother, Pauline Matthews, who is seated to the right of his older sister, Monique Coleman.

Ryan Matthews, fourth from right, is pictured with his family after graduation from college. Matthews served five years on death row at Angola before he was exonerated by DNA. ORG XMIT: 1ANRBBDdnTjaKmQ-kC4c

I graduated college with a bachelor's degree of applied arts and sciences in December. I tend to downplay my accomplishments, but I have to acknowledge that this was a proud day for me and my family. We have come a long, long way from where we were 20 years ago, when I was on Louisiana’s death row as an innocent young man.

A few weeks after my 17th birthday, I was arrested and wrongly identified by two witnesses as the perpetrator of a robbery/murder in Bridge City. I was given a public defender who did nothing for me, and did not investigate my case. I was tried, convicted, and sentenced to death by a Jefferson Parish jury.

I was 19 when I arrived at Angola. I didn't know what to expect from the guys on death row. Most of them had been awaiting their executions for a decade or more, and I expected them to be tough guys. They heard I was coming, and they planned how to greet me.

They took up a collection for a welcome bag, with candy, snacks, soap, a toothbrush, toothpaste, and other hygiene items. It was a small gesture, but one that meant a lot. They didn't have much to offer, but they gave it freely, and I learned to pay it forward and contribute to the next guy.

Future of death penalty in Louisiana remains up in the air

District Attorney Don Burkett, of Many, keeps a photo of Wesley Mercer near his desk and pulls it out whenever he’s frustrated.

I did not belong there, but I came to know many of the other condemned men. We didn't talk about whether we did the crime. We became friends, and we looked out for each other. We were in solitary confinement, 23-hour lockdown each day. We had one hour to shower, use the phone, or walk the hall to talk to the other men in their cells.

During my time there, two men were executed: Feltus Taylor in 2000 and Les Martin in 2002. I knew them both, because we had been on the same tier. I counted them as friends. I will never forget the somber feeling that came over all of us in the days leading up to an execution.

I couldn't watch the recent film "Just Mercy," because it reminds me of what I went through. I hear there is a scene depicting the support and solidarity that men on death row show each other when one is about to be killed. That is definitely real.

Louisiana cleans its execution chamber at the state penitentiary daily, but it's been more than a decade since a condemned prisoner has laid o…

The last man to be executed in Louisiana was Gerald Bordelon, 10 years ago. He dropped his appeals and volunteered to be executed because he couldn't take it. He hated himself and he wanted to die. I didn't know Bordelon, because I was exonerated by DNA evidence and walked off death row in 2004.

But it wasn’t supposed to happen like that. If it hadn’t been for some crazy hard-working low-paid lawyers and investigators, I would never have been freed. I would have been executed. Or I would still be sitting on death row. Or maybe it would have driven me mad like Bordelon and I would have volunteered to be killed. And instead of walking down the aisle to my graduation, I would have walked down the hall to the execution chamber.

Louisiana has one of the highest rates of wrongful conviction and of wrongly sentencing people to death in the country. We've exonerated more men from death row than we've executed in the last 20 years. Some people say that means our justice system works. It does not. I was only exonerated by the grace of God and my dedicated legal team. I guarantee there are still innocent men on death row who have not had my good luck.

The torture I went through in my youth was like something from a horror movie. It still haunts me at times. Nobody could go through that and say that the death penalty is a good idea or that our justice system works. It is a hell I will be trying to recover from every remaining day I live on this earth.

It's high time we end the death penalty in Louisiana. We should spend the hundreds of millions of dollars we currently spend trying to execute defendants on productive things like education, crime prevention, and victim support.

Ryan Matthews is a married father of four who has worked full-time as a machine operator for Georgia Pacific as he completed his bachelor's degree at Texas Woman's University in Denton, Texas.

Letters: Victim's family should not pay to sustain convicted killer

The recent column by Ryan Matthews caught my attention because capital punishment was one of those topics my father and I debated frequently. …