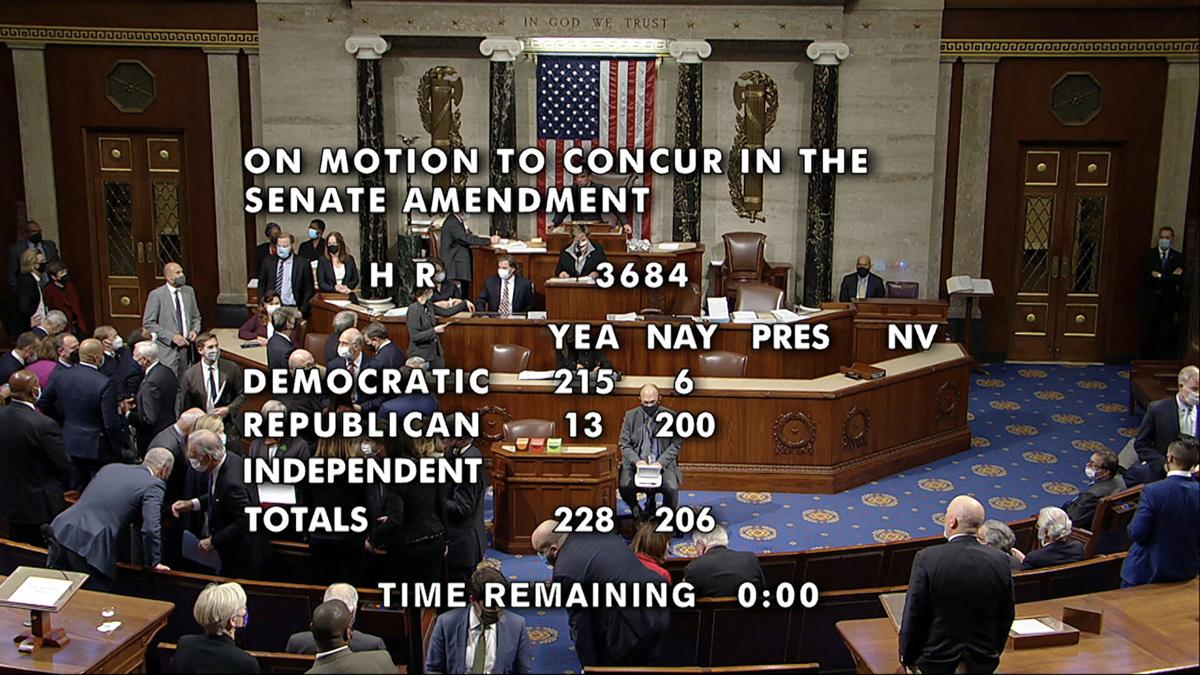 In this image from House Television, the vote total of 228-206 is displayed late Friday as the House approves a $1 trillion package of road and other infrastructure projects after Democrats resolved a months-long standoff between progressives and moderates, notching a victory that President Joe Biden and his party had become increasingly anxious to claim. 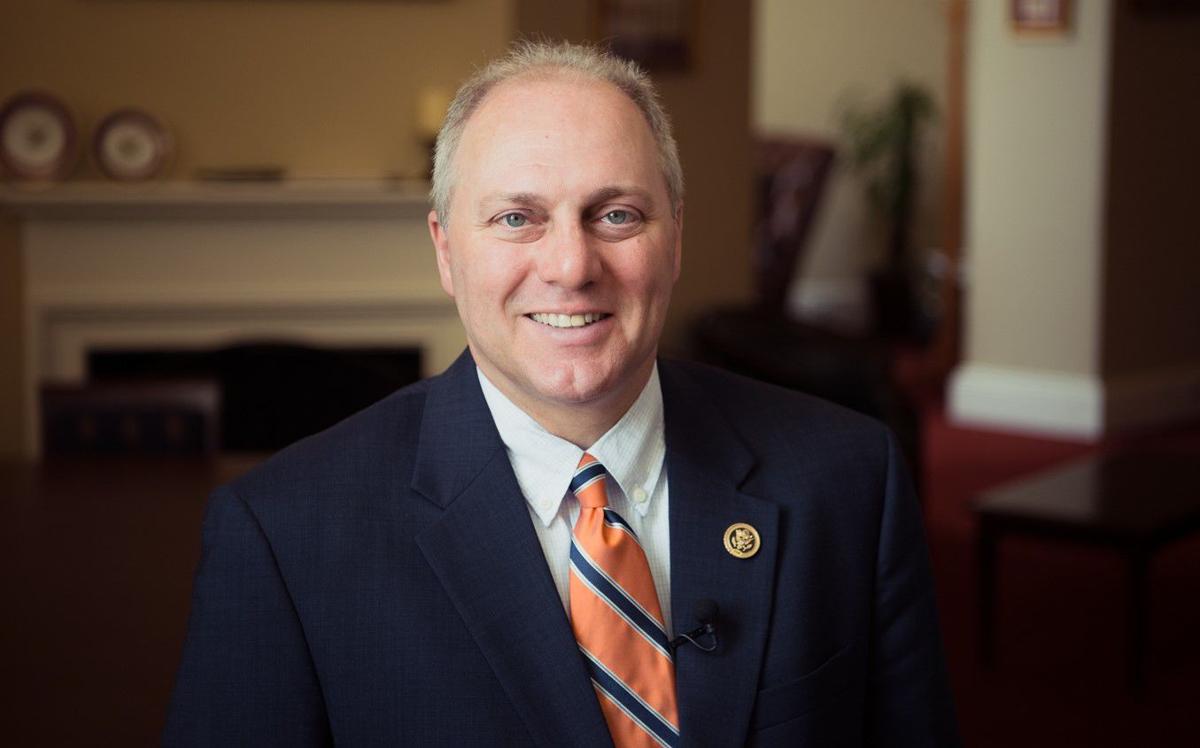 In this image from House Television, the vote total of 228-206 is displayed late Friday as the House approves a $1 trillion package of road and other infrastructure projects after Democrats resolved a months-long standoff between progressives and moderates, notching a victory that President Joe Biden and his party had become increasingly anxious to claim.

On the same day The Wall Street Journal reported U.S. inflation reached a 30-year high, I was attacked by The Advocate’s editorial board for exposing some of the deficit spending in a $4.5 trillion bill that would decimate Louisiana’s oil and gas industry, kill millions of jobs, and ignite even more inflation at a time when hard-working families are being crushed by out-of-control spending in Washington.

The Penn Wharton Budget Model estimates this socialist tax-and-spending spree will add $3 trillion to the national debt when you remove the Democrats’ misleading budget gimmicks. In recent weeks, voters from Virginia to New Jersey made it clear they don’t want trillions in new big-government programs, and they want Congress to reverse Washington Democrats’ reckless spending and inflationary policies.

Let’s start with the $550 billion to push the Green New Deal, while crippling American energy production and jobs. Some of these funds go towards Solyndra-style slush funds for climate extremists and special interest loans to failing companies. Clearly this is not about saving the planet, because while President Joe Biden is crushing American energy production, he is begging OPEC and Russia to produce more (higher carbon-emitting) oil.

While a handful of states will get billions of dollars, there’s language in the bill to decimate offshore oil and gas jobs by banning production in parts of the Gulf and increasing royalty rates for new leases. This means fewer jobs in Louisiana and less revenue for the hurricane protection and coastal restoration projects that protect our families and neighborhoods from storms.

The truth is plain and simple: The big-government socialist agenda of Speaker Nancy Pelosi and President Biden is bad for Louisiana and bad for America.

With inflation reaching record highs and impacting nearly every part of the U.S. economy, low and middle-income families are getting hit in every direction; whether it’s increased utility bills, prices at the pump, or the cost of groceries, Americans are paying the price for Biden’s inflationary policies.

On the campaign trail, Biden promised families making less than $400,000 a year would not pay a dime in new taxes. Yet, Biden violates that promise in his deficit-laden tax-and-spending bill by implementing a natural gas tax that will increase household energy costs by 30%. which will hit low-income families the hardest.

If this natural gas tax goes into effect, utility bills will skyrocket just as winter approaches.

This boondoggle also doles out $2.8 billion to rubber-stamp amnesty requests for illegal immigrants. This provision was exposed just after it was reported the Biden administration is negotiating payments of $450,000 to illegal immigrants who crossed the U.S.-Mexico border in 2017 and 2018. That’s more than the payments made to Gold Star families who lost their loved ones in the line of duty.

Since Biden took office, more than 1.4 million illegal immigrants have unlawfully entered our country. This is more than the ninth-largest city in America. Billions more dollars to grant amnesty will worsen the ongoing border crisis and incentivize drug cartels to traffic endless caravans into America.

To add insult to injury, Speaker Pelosi and her liberal lieutenants provide $80 billion for the IRS to hire nearly 87,000 more agents — doubling the size of the agency to patrol your family’s finances. Biden has been very clear about why he wants more IRS agents: He wants the government to spy on your bank accounts. This is a massive power grab to weaponize an army of IRS agents against hardworking taxpayers.

Considering how much damage this $4.5 trillion bill will do to Louisiana’s economy, coupled with the higher prices our hard-working families will be paying in skyrocketing inflation and reduced funding for coastal restoration, it’s unbelievable The Advocate’s editorial board conveniently left all those components out of their biased hit piece. From an inflation crisis, to an energy crisis, to a border crisis, and foreign policy disasters like Afghanistan, Biden’s agenda has been devastating for Louisiana families, and adding trillions in taxes and spending will only worsen these crises while inflicting real pain on low and middle-income families. We need to abandon this failed big-government agenda and start taking action to put American families first.

Steve Scalise of Jefferson Parish is Republican whip in the U.S. House of Representatives.