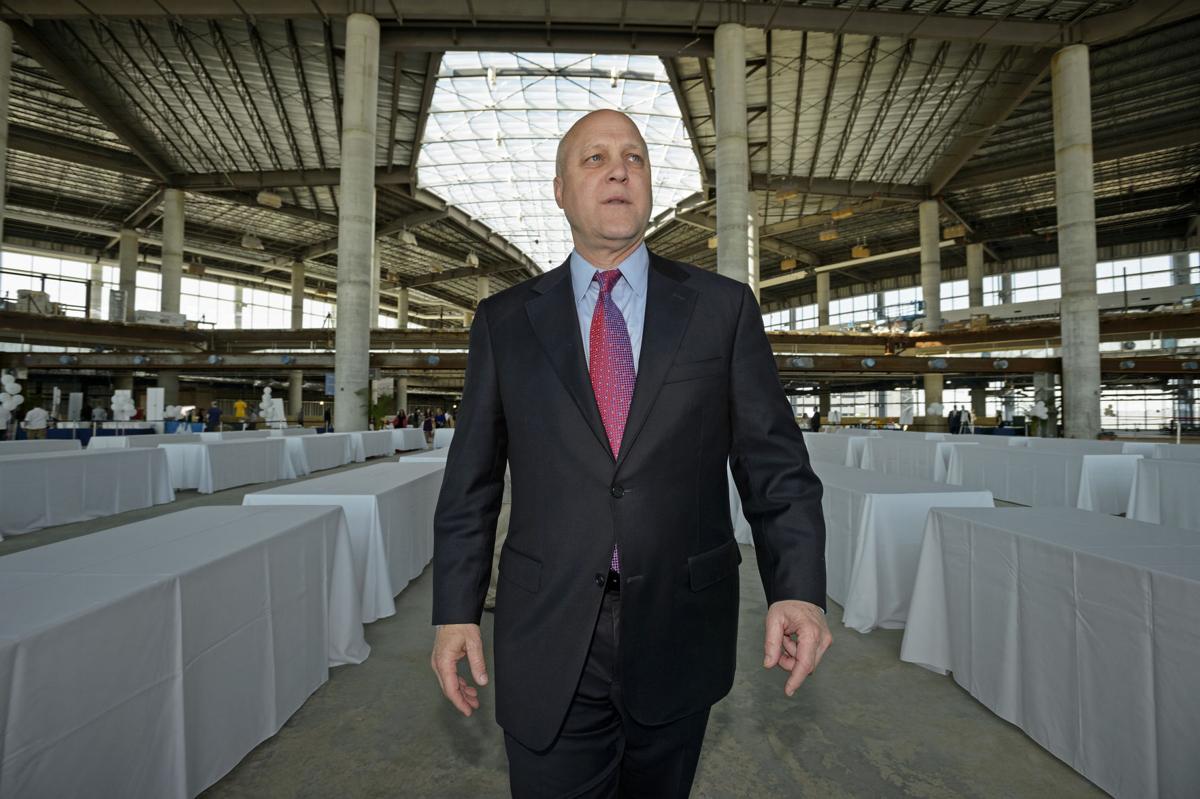 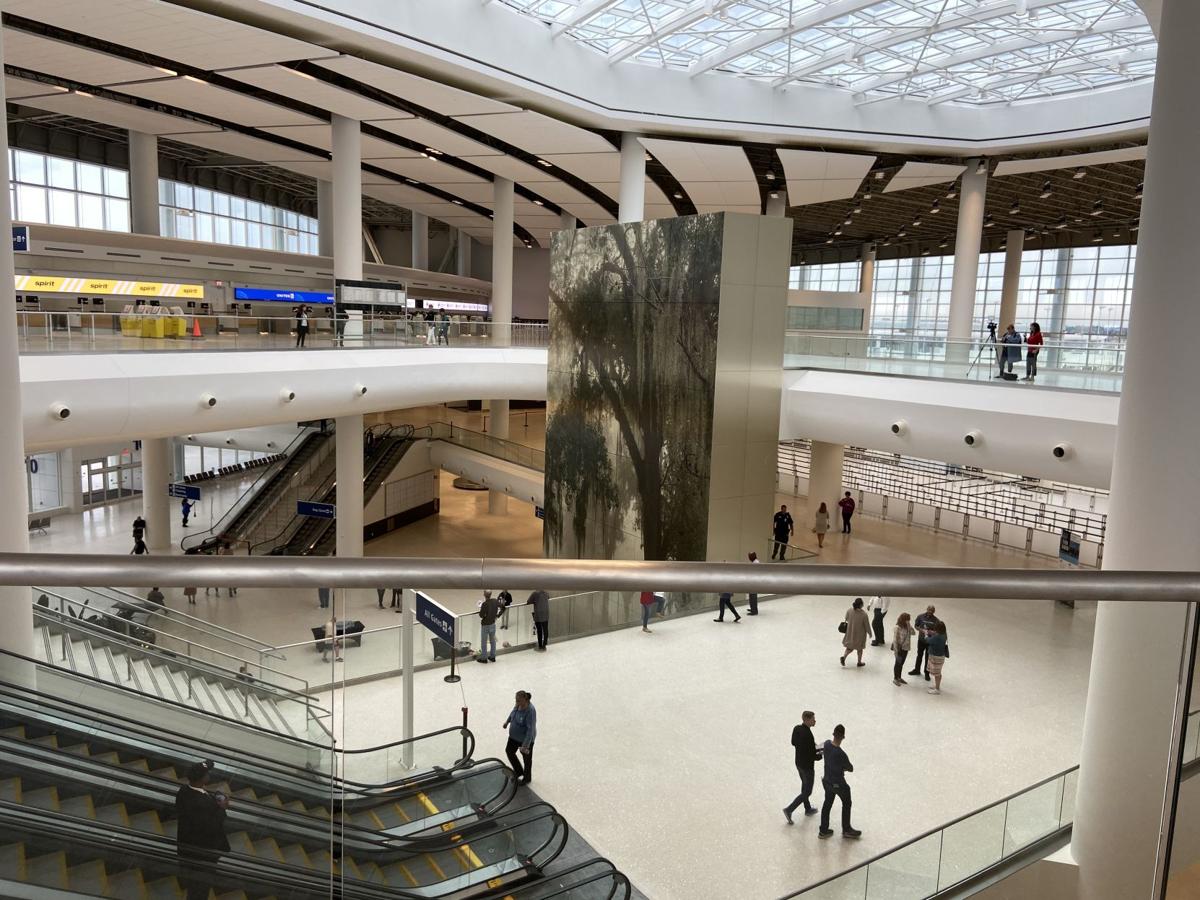 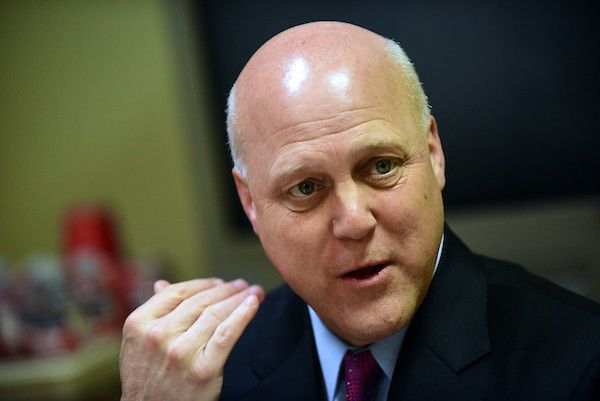 Mitch Landrieu, in an interview at the Gambit offices in 2018.

Mitch Landrieu, in an interview at the Gambit offices in 2018.

When I took office as mayor in 2010, New Orleans’ recovery was stalled. Symbolic of this difficult period in our history was Louis Armstrong New Orleans International Airport, which was becoming a major economic burden, inhibiting our growth when we needed it most. The facility was showing signs of its age, as operational and maintenance costs continued to rise. Residents, business leaders and visitors complained about the lack of nonstop flights and poor customer service. Tourism leaders named it a major inhibitor to growing both the number of visitors and new cultural economy jobs.

New Orleans got its first look at "The New MSY" Louis Armstrong International Airport in Kenner, Louisiana on Thursday, Oct. 24, 2019, during …

So we focused on improving the airport because we knew how vital it was to our city, regional and state economies. That meant reforming procurement, overhauling credit card, overtime and take-home cars policies, renegotiating contracts and making the Aviation Board more transparent and accountable. We added robust DBE and location business participation contracting requirements. Once deemed a “monument to corruption” by the Inspector General, he soon said,“ … it's a turnaround that's remarkable. I think they went from worst to best in 18 months."

But even after early cosmetic renovations and improvements, the facility’s age and ultimate inefficiency would continue to increase operating costs and detract from progress gained. At over 60 years old, the current Airport terminal is outdated in nearly every way — mechanical systems, security, luggage systems, layout and more.

In 2011, I tasked our Aviation Board with re-envisioning this asset by undertaking an in-depth and robust analysis on how to modernize Armstrong Airport. This was not a new concept. For decades, proposals had ranged from building a new airport closer to Baton Rouge in St. James Parish or closer to Mississippi. Some thought it should be privatized. But those ideas undervalued the opportunity before us. Four alternatives were evaluated — all within the airport’s existing property footprint allowing continued use of the current runways.

In consultation with industry experts and after reviewing all possible options, it was determined that constructing a new north terminal was the best, financially feasible option for revenue growth and sustainable operating costs, in addition to giving our airport and region the best job and economic development potential. With the full support from the major airlines who would help finance the new terminal’s construction, the project was applauded by federal, state, regional officials and business and tourism communities.

These types of massive projects aren’t undertaken often. In fact, New Orleans is the first major American city to replace its airport terminal in a decade. It took a monumental effort from a large, dedicated team to make this project happen. It was not easy. And just like with the construction of the Superdome, there were obstacles and setbacks along the way. But everyone worked hard to finish strong.

While the ultimate access and traffic solution is the I-10 flyover, many partners have come together to ensure better access when the new north terminal opens. After this project was greenlighted in 2013, the plan was for interim roadway improvements because of how long it takes to complete Interstate changes. The state administration at that time assured us the necessary steps were being taken to deliver the long-term solution. But it wasn’t until after Gov. John Bel Edwards took office for real action to occur, and now ground has broken on the new Interstate exchange.

The new MSY has arrived at a pivotal moment. According to the FAA, we’re the fifth fastest-growing airport in America. The new MSY will incentivize even more nonstop flights to connect Louisiana residents to the rest of the world, better accommodate our expanding tourism industry and increase the competitiveness of our business community. The project also created thousands of new jobs. After years of hard work, we now have a beautiful, state-of-the-art airport, designed from the ground up with modern passengers in mind as the front door to New Orleans.

At New Orleans' new airport terminal, check out these 20-plus places to eat and drink

The new terminal for the Louis Armstrong New Orleans International Airport is scheduled to open Nov. 6. It brings a wide assortment of food op…

For over 40 years, people talked about developing an airport that was reflective of our city, yet for decades there was little action and minimal collaboration. This project has been shepherded through by multiple mayors, governors, aviation boards, airport staff, FAA administrations and local legislative delegations. I want to congratulate Mayor LaToya Cantrell and the Aviation Board for bringing this project across the finish line.

Now our world-class city has the world-class airport she always deserved. The new MSY is a giant step toward a more prosperous future for us all.

Our Views: A short-term fix for key projects

With the Legislature balking at new gas taxes, Gov. John Bel Edwards is taking a shortcut to get some big projects underway, including interst…

Our Views: For the New Orleans airport new terminal, a gleaming debut

New Orleanians have a reputation for clinging to the old and having some trouble adjusting to the new. But not everything old is worth saving …