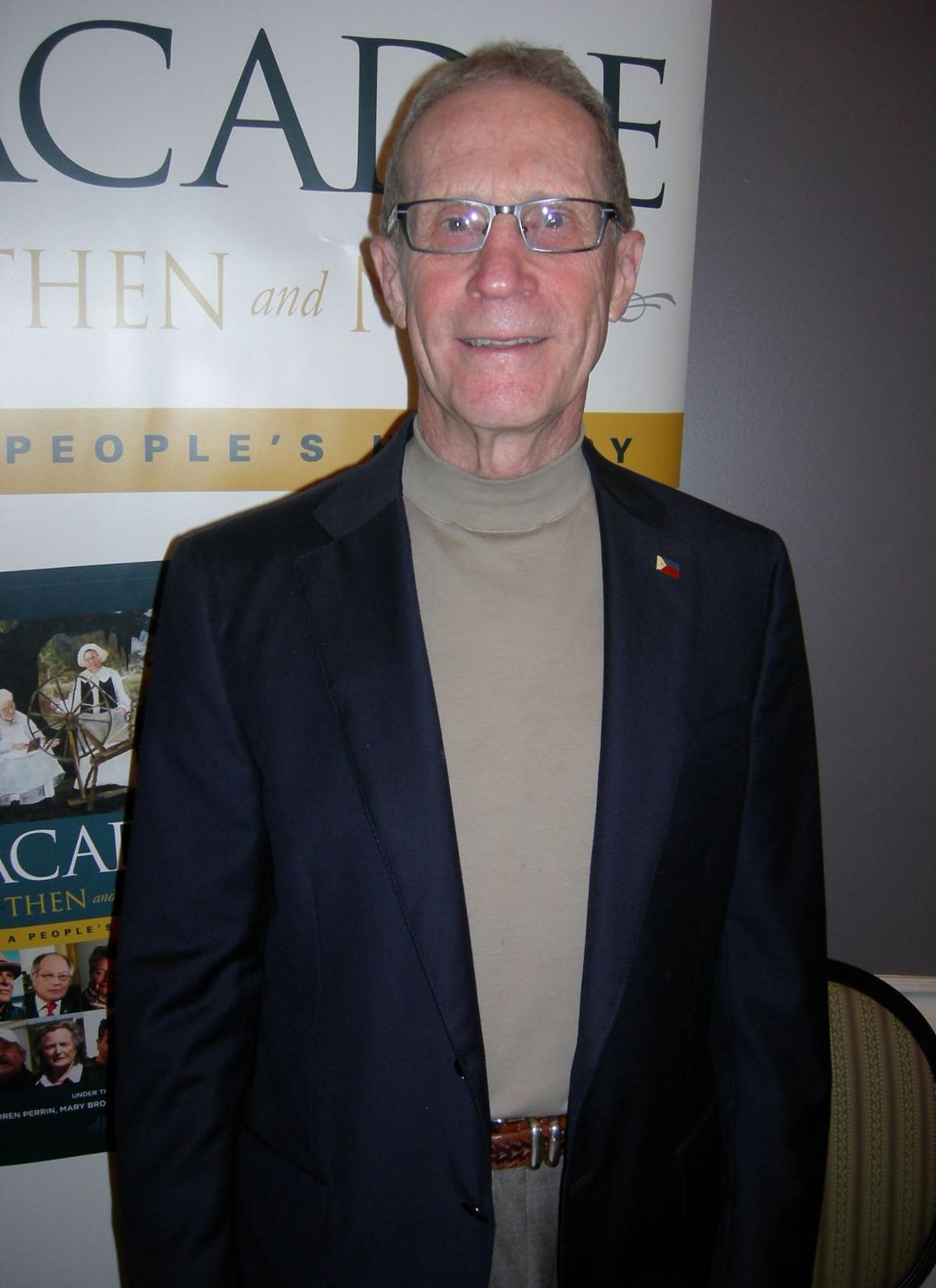 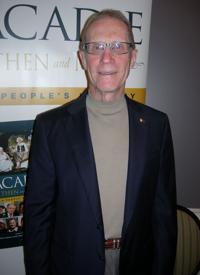 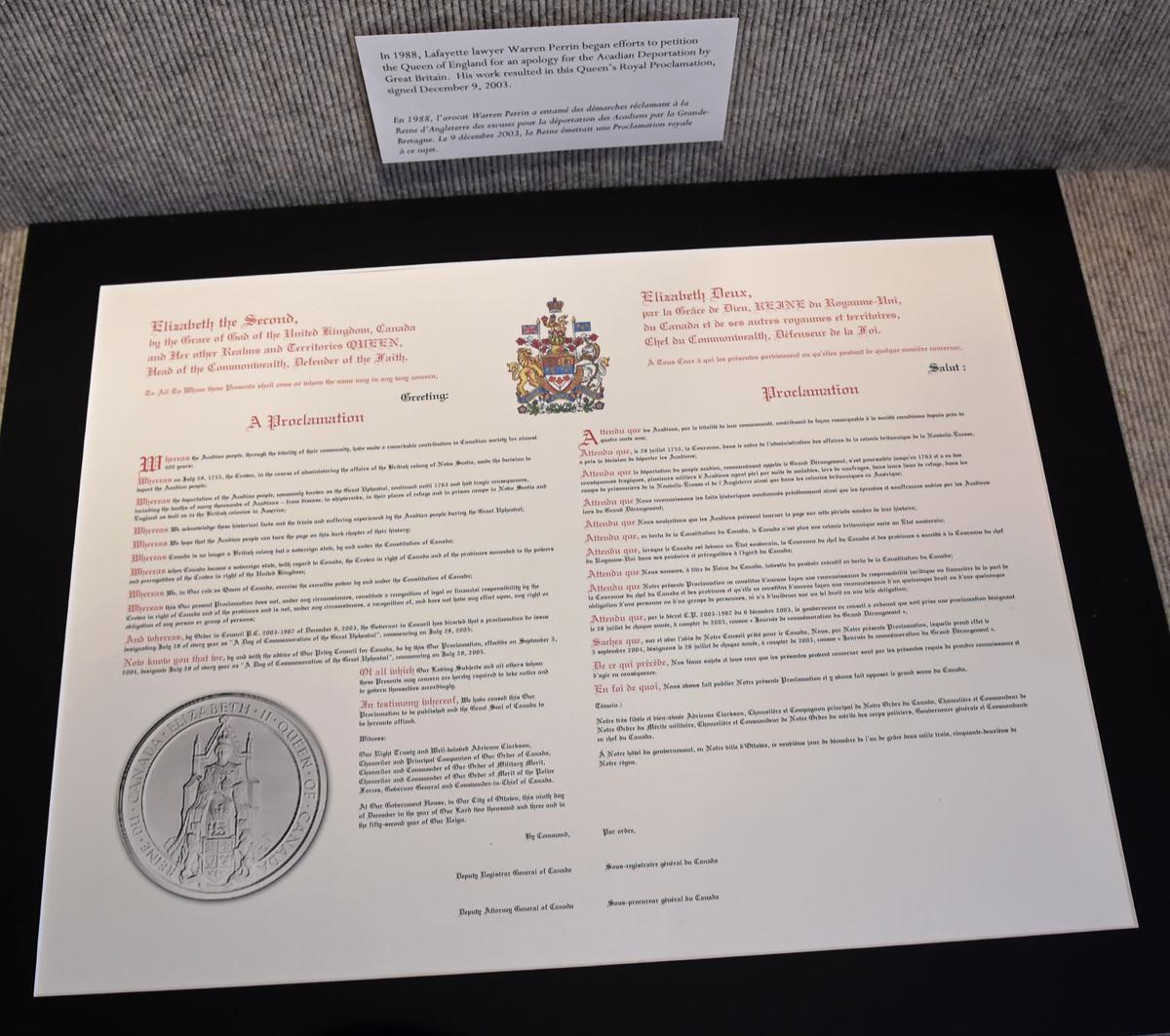 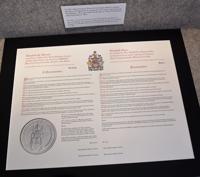 In 1988, Lafayette lawyer Warren Perrin began efforts to petition the Queen of England for an apology for the Acadian Deportation by Great Britain. His work resulted in this Queen Elizabeth II Royal Proclamation signed Dec. 9, 2003, on display at the Old State Capitol in 2018,

In 1988, Lafayette lawyer Warren Perrin began efforts to petition the Queen of England for an apology for the Acadian Deportation by Great Britain. His work resulted in this Queen Elizabeth II Royal Proclamation signed Dec. 9, 2003, on display at the Old State Capitol in 2018,

In January 1990, I prepared a petition and had it delivered to the British Crown. The petition sought a formal apology for their role 265 years ago in the 1755 deportation of 18,000 Acadians from Nova Scotia.

Feigning concern over the Acadians’ neutrality, the British developed a devious plan to eradicate the Acadian culture, so as to take over their lush farmland: ethnic cleansing. Today, because half of the Acadians died, some now refer to it as a genocide.

Happily, the effort for a royal acknowledgment was successfully concluded on Dec. 9, 2003, when Queen Elizabeth II’s representative signed the Royal Proclamation. The implications were three-fold: an acknowledgment of the horrific wrongs committed against the Acadian people in the name of the British Crown; a symbolic reconciliation for the death and suffering resulting from the diaspora; and the establishment of July 28 of each year as a Day of Commemoration of the Acadian Deportation.

On July 28 of this year, it is suggested that Cajuns in Louisiana be inspired to reflect upon their own recent historical experience: That French was the predominant language in south Louisiana until it was forbidden by law to be spoken in public schools in 1916. That Les Américains (non-Cajuns) often insultingly referred to Cajuns collectively with the pejorative "coon***." And that in 1968, inspired by the Civil Rights Act, the French Renaissance led by CODOFIL helped Cajuns to regain their cultural pride.

The annual Day of Commemoration of the Acadian Deportation is held as an attempt to understand how this tragic event has shaped the character of all of the Acadians — and how they have impacted Louisiana.

Some of my Acadian ancestors were slaveowners in every generation from the 1770s to the Emancipation Proclamation. And who knows whether or not they participated in lynchings. This truth is a heavy burden to carry.

What’s clear is that the racism we see today is rooted in the past. We are steeped in the blood and brutality of our forefathers, which was and is an insult to our common humanity. See: Dr. Shane Bernard’s historically veracious book, “The Cajuns — Americanization of a People” (University Press of Mississippi, 2003), pp. 52-57.

Now, as we look at the shameful inequality and tragic treatment of the African American community, I suggest that if any ethnic group should be outraged by the continuing racism against African Americans, it should be the Acadians.

Sadly, the lessons learned from surviving an appalling ethnic persecution were not handed down to some Acadians, and they inflicted a similar persecution on others — enslavement, followed by 100 years of intense racial oppression, and now today continuing marginalization.

While the Acadians have since received official acknowledgment from the British Crown in the Royal Proclamation for the atrocities they suffered, the people of African descent have yet to receive any official acknowledgment or apology from any level of government in Louisiana for the atrocities they have suffered. Thus, Louisiana Acadians should use July 28 to reflect on what they can do to address their part in this ongoing systemic oppression in Acadiana.

While African Americans were enslaved and have struggled over four centuries for justice, I assert we can find in our own history a resonance and a cause for solidarity with them in their struggle. As I have learned, reconciliation first requires recognition of the truth.

Warren A. Perrin is co-author of “Acadia Then and Now” and Gov. John Bel Edwards’ appointee to the Council on Development of French in Louisiana.

Our Views: Accepting refugees is in line with Louisiana's values