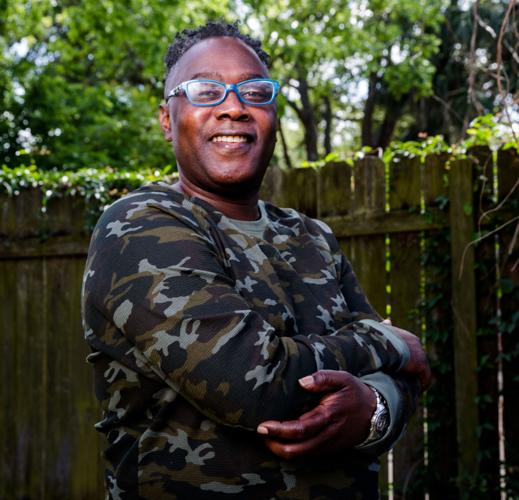 Bernard Noble, who spent more than 7 years in prison for possessing two joints' worth of marijuana, poses for a portrait in New Orleans, Friday, April 13, 2018. Noble got out of prison early Thursday morning. 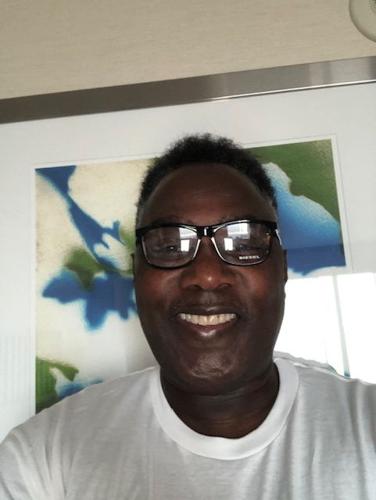 Bernard Noble, who spent more than 7 years in prison for possessing two joints' worth of marijuana, poses for a portrait in New Orleans, Friday, April 13, 2018. Noble got out of prison early Thursday morning.

I was riding my bike to the grocery store when the police stopped me and found a small bag of marijuana on the ground. It was a minor offense, the equivalent of about two joints, so I thought that I would post bond, handle the case with an attorney and avoid any serious jail time.

I never imagined it would be years before I’d be free again.

Because I was prosecuted as a so-called “habitual offender,” I was sentenced to 13-and-a-half years in prison. It was a devastating blow. I remember leaving the courthouse, chained up in the back of a hot van — worried that my kids would forget about me, and feeling like my life was over.

Seven years later, I was finally reunited with my family, thanks to an outpouring of support and publicity about my case. But many more people are still serving extreme sentences for minor offenses like drug possession or theft. In fact, roughly three-quarters of people convicted under the Habitual Offender Statute are like me. Their primary offense involved drugs or property,  not violence.

That’s why I’m proud to be working alongside Louisianans for Prison Alternatives in urging the Louisiana Legislature to pass House Bill 518, which would remove certain first-time, nonviolent offenses from being considered under the Habitual Offender Statute.

Guest column: Reforms have cut Louisiana’s prison population 8%. Here’s a plan to cut it in half.

When Louisiana passed a set of bipartisan, data-driven criminal justice reforms two years ago, the legislation was rightly hailed as a histori…

For years, the Habitual Offender Statute has been abused by prosecutors to manipulate and intimidate defendants. Threatened with a habitual offender conviction, innocent defendants are pressured into accepting a plea deal rather than go to trial and face decades in prison away from their families.

This unjust law also hurts taxpayers and drains money away from investments that would actually make our communities safer. Taxpayers paid thousands of dollars to charge, sentence and imprison me — all for a few bucks' worth of marijuana. According to LPA, nearly 5,000 people are serving sentences enhanced by the Habitual Offender Statute,  contributing to our bloated prison population and costing taxpayers millions.

It doesn’t have to be this way. People suffering from addiction need treatment and rehabilitation, not prison time. During my incarceration, I was transferred to six or seven different prisons and sometimes put in solitary confinement because of the publicity my case had gained. Instead of locking people up and throwing away the key, Louisiana should be giving them the help they need to work and contribute to their communities.

A path-breaker for the release of other Angola inmates, John Esteen isn't home just yet

John Esteen walked into his cell block one day in January in the Louisiana State Penitentiary at Angola, where he has been an inmate for nearl…

Today, I am very blessed to be home and to have so many supporters who are lifting me up and helping me succeed. I love to see my kids and hear them say “Dad.” I’m glad they remember me.

But what I can’t forget is that day at the courthouse, or the many men I know who are still serving extreme sentences far out of proportion to the low-level offense they committed.

I never expected to become a poster child for what’s wrong with our criminal justice system. But now I’m committed to making sure that no one ever has to experience the injustice that I did.

Louisiana’s justice reinvestment package was a historic step forward, and it helped me be reunited with my family. Now lawmakers should build on this momentum and reform the Habitual Offender Statute — so that my extreme sentence is one of the last.