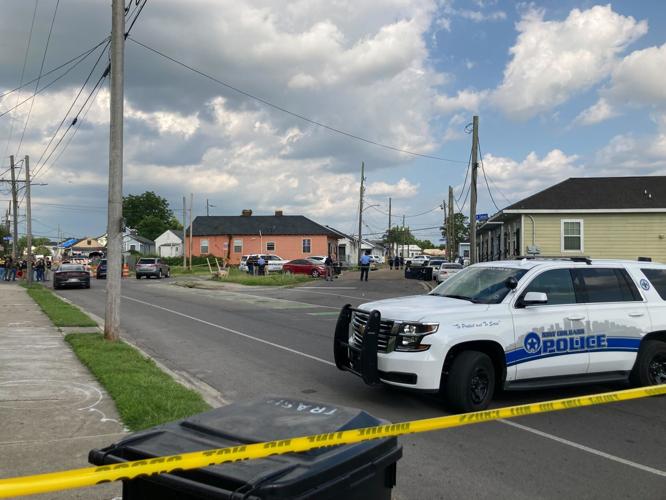 A New Orleans police vehicle is parked at a crime scene after a man was shot in the 1900 block of O'Reilly Street on Thursday, June 9, 2022. 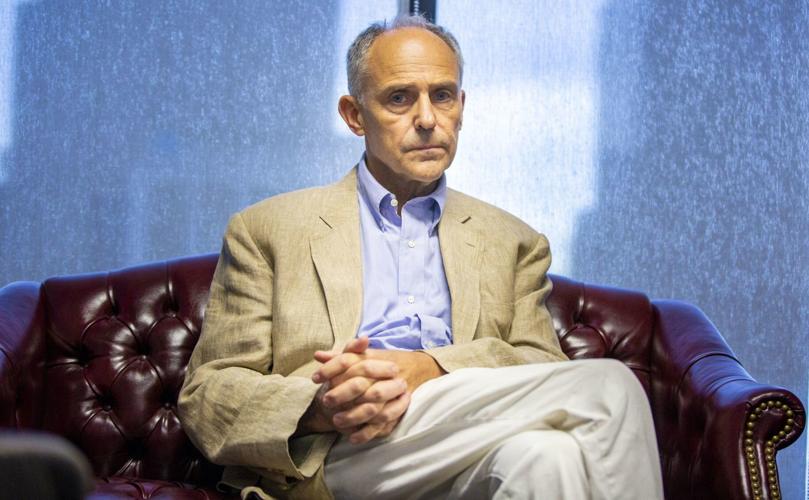 U.S. Attorney Peter Strasser sits in his office on the day he is sworn in as U.S. Attorney for the Eastern District of Louisiana, in New Orleans, Monday, Sept. 10, 2018.

A New Orleans police vehicle is parked at a crime scene after a man was shot in the 1900 block of O'Reilly Street on Thursday, June 9, 2022.

U.S. Attorney Peter Strasser sits in his office on the day he is sworn in as U.S. Attorney for the Eastern District of Louisiana, in New Orleans, Monday, Sept. 10, 2018.

“Gotham isn't a city anymore. It's a battleground.”

This sober assessment by Police Commissioner Gordon in the fictional "Batman" stories could have been acquired from the daily headlines of The Times-Picayune | Nola.com. For example, Aug. 24: “Man killed in shooting in Central City, marking the 2nd homicide of the day;” “LaToya Cantrell's stay in France: First-class travel, a tour of the Riviera and a side trip to Paris;” and “Cantrell says she 'picked no sides' at sentencing of teen robber.”

New Orleans, as we all know, is suffering from a profusion of criminals and a dangerous shortage of police officers. The murder rate is on pace to be one of the highest in the world in 2022, after already sharp increases in 2020 and 2021. The “why” has been examined and analyzed by social scientists, who have come up with myriad, mostly unhelpful explanations. When I worked at a downtown law firm, I represented under the U.S. Court Justice Act several indigent defendants charged with federal narcotics violations and violent crimes. I asked each what led them to a life of crime. The answers were simple, yet illuminating: lack of a father figure and a meaningful job. They viewed the local justice system as a joke, a revolving door handing out go-free keys.

In the battle against crime, perception matters. Sitting at the defense table of a carjacker, no matter how young or old, is indeed picking sides. As stated by Ra's al Ghul in "Batman Begins," “Criminals thrive on the indulgence of society’s understanding.”

Perhaps no office in Gotham City had a greater history of misdeeds and mismanagement than that of the mayor. The following litany may sound familiar to residents of New Orleans: Mayor Linseed was virtually helpless and ineffectual against the rising tide of crime; Mayor Hill spent his time in office trying to shift the blame for the state of Gotham onto Commissioner Gordon’s shoulders; and Mayor Cobblepot (aka the Penguin) used his power to divert city funds to whatever causes suited his own fancy. Rather than diverting $45,000 to fund a trip to the French Riviera, wouldn’t the mayor’s office have better served the residents of New Orleans by sending that amount (plus more) to the New Orleans Police Department or the District Attorney’s office?

In Advocate columns, Gregory Rusovich and Quin Hillyer have eloquently presented well-thought-out ideas on how city leadership can “do its job” in providing a safe, clean and efficiently run city. As observed by radio talk show host Jeff Crouere, when public officials do not do their job, when they are incompetent and inefficient, they deliver only “poverty, misery, violence and, ultimately, failure.” And that puts us in the shadows of Gotham City described by Lana Lang, the Daily Planet's managing editor, in the comic book “The Dark Knight Returns:” “We live in the shadow of crime with the unspoken understanding that we are victims ... of fear, of violence, of social impotence.”

Such was seen this past April, when massive protests in the central square of Mongolia’s capital triggered a violent response from security forces. But the protesters had only one demand: Ажлаа хий (Do Your Job!).

The path out of this predicament starts when city leadership recognizes that encouraging personal and social responsibility must be the cornerstone of every action it takes. Encouragingly, the leadership at NOPD and the District Attorney’s office understand that it takes responsibility and commitment to overcome the errors of the past. Although Gotham City never was meant to get better, New Orleans is.

Peter Strasser was U.S. Attorney of Louisiana’s Eastern District from 2018 until 2021. He currently lives in the mountains of northwest Montana and works on anti-corruption matters in Mongolia.