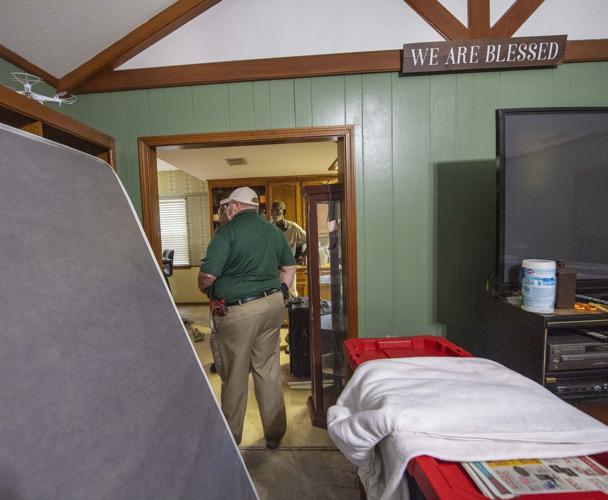 An insurance claims adjuster assesses flood damage in Kevin Dominique, obscured in the background, and wife Chrystine's Inniswold neighborhood house on Friday. The couple was rescued by boat last week. Much of their belongings are already on the curb. 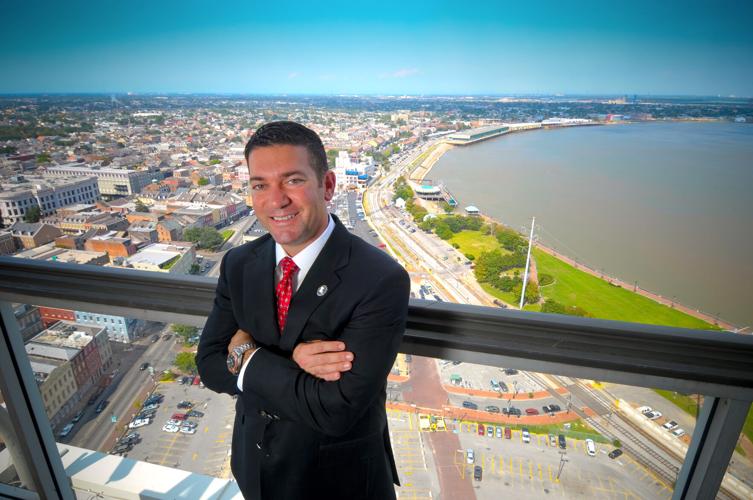 An insurance claims adjuster assesses flood damage in Kevin Dominique, obscured in the background, and wife Chrystine's Inniswold neighborhood house on Friday. The couple was rescued by boat last week. Much of their belongings are already on the curb.

A decade ago, an ad-hoc group composed of GNO, Inc. and a dozen parish presidents flew to Washington D.C. Our mission was to warn about the unintended, but potentially devastating, consequences of the Biggert-Waters flood insurance reform legislation. Under the new law, hardworking homeowners who had paid their taxes, maintained their insurance, and built exactly as they were told faced the potential consequence of losing their home to unaffordable flood insurance rates.

At first, we were dismissed as a group of South Louisiana ne’er-do-wells who had been foolish enough to choose to live near water. But over time, as other parts of the country began to realize their own vulnerability, our effort gained strength. Our party of 12 grew into a coalition of over 250 organizations, including local governments, home builders, realtors, and bankers, spanning 35 states. The Coalition for Sustainable Flood Insurance was born, and with the partnership of Louisiana’s federal delegation, went on to drive passage of the Homeowners Flood Insurance Affordability Act of 2014. The worst was avoided.

Ten years later, the coalition is being forced to reassemble. Many of the leaders are new, but the issue is frustratingly similar: National Flood Insurance “reform” legislation threatens to make rates skyrocket, make homes unaffordable, and destabilize the entire program.

At issue is what FEMA calls “Risk Rating 2.0.” The goal of Risk Rating 2.0 is to improve flood insurance rate-setting via better technology, greater detail, and a more holistic assessment of flood risk. So far, so good. More information is better, right?

Alas, there are two major problems.

The first is affordability. According to FEMA, Risk Rating 2.0 will result in rate increases for nearly 80% of policyholders in Louisiana, Florida and Texas — and more than 75% nationally. Whether it’s in Luling, Kenner, Slidell, Mandeville, Gretna, or New Orleans, rates are going up, even in X zones, long considered “low risk.” Policyholders accustomed to having annual premiums ranging from $500-$600 may see new rates moving to $2,000-$4,000, or higher.

Under Risk Rating 2.0, premiums can rise as much as 18% every year, up to the “full risk rate.” That means that in five years, a homeowner with a $600 policy would face an $1,300 bill — and in 10 years, $3,100, and so on. This presents a dual problem to homeowners: unaffordable insurance, and then a diminished value when they try to sell their home. The answer for many will be to simply drop flood insurance — a bad outcome for both homeowners and the insurance program itself.

The second problem is transparency. We are told that Risk Rating 2.0 includes many factors, such as elevation, proximity to water, rebuilding costs and mitigation elements. The catch is that FEMA refuses to let the public see the Risk Rating 2.0 formula, and how rates are calculated. This means that homeowners have no ability to check if rates are correctly calculated, and very limited ability to understand what actions could lower rates. Risk Rating 2.0 is a black box, and FEMA is saying “trust us.”

Now more than ever, flood insurance is important across America. Our coalition wants to see a National Flood Insurance Program that is fair, smart, and — as our name suggests — sustainable.

We have three sets of recommendations:

The second centers on mitigation. Additional funding should be provided for individual and community mitigation measures, such as enabling all policyholders to access Community Rating System discounts regardless of whether they have reached their full risk premium.

The third focuses on transparency. FEMA should provide full information, including rate calculation methodology, to American homeowners. This is not only so we can make smart building decisions, but also so that we can ensure that the billions of dollars in existing flood protection investments (both federal and local) are recognized.

Ensuring that the National Flood Insurance Program is fair, affordable, and accessible is essential if we want the program, and the communities it protects, to be here for the future. The Coalition for Sustainable Flood Insurance is back to help America meet this goal.

Michael Hecht is president and CEO of GNO, Inc.