A layer of fog wafts atop the Mississippi River just north of the Interstate 10 bridge obscuring the river traffic and the Port of Baton Rouge. 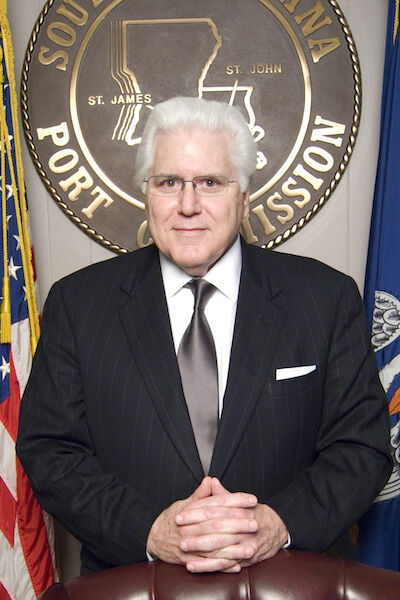 A layer of fog wafts atop the Mississippi River just north of the Interstate 10 bridge obscuring the river traffic and the Port of Baton Rouge.

Louisiana is dependent on infrastructure to thrive. Ports, roads, and waterways ensure that the Pelican State is a critical junction for both industry and global trade. In fact, the Port of South Louisiana alone, one of five ports in South Louisiana, is one of the most active Foreign Trade Zones in America. But despite how critical international trade is for Louisiana, the infrastructure which allows this commerce to thrive is not always up to the task.

American consumers, retailers, and farmers are feeling the impact of a global supply chain under severe strain. While the current disruptions will lessen, global trade volumes are forecast to increase, leaving U.S. ports in need of significant and sustained investment.

For a sizable first step in upgrading our trade infrastructure, Congress should pass the Bipartisan Infrastructure Framework, which is slated to include $16.5 billion for ports and waterways. Thankfully, with the leadership of U.S. Senator Bill Cassidy, of Baton Rouge, it looks like Congress may overcome the partisan gridlock that has plagued Washington. In fact, a monumental deal on a bipartisan infrastructure bill is moving forward on Capitol Hill.

This bipartisan deal means an infusion of Federal dollars will unlock private financing and preserve the U.S. port industry’s position as a major job-creator and economic powerhouse. This Bipartisan Infrastructure Framework is one on which everyone agrees — businesses and labor, retailers and manufacturers, truckers and shippers.

Ports are vital to the nation’s global trade. As nations across the globe build larger ships, the U.S. must focus on modernizing port facilities while providing deeper channels to accommodate them.

America needs a 21st-century freight movement system and our country has an opportunity to invest now and realize exponential returns. Every dollar invested in port infrastructure produces $2 to $3 of economic growth, based on an analysis by the U.S. Committee on the Marine Transportation System.

America’s ports need repairs, improvements, and updates. Freight volumes may double by 2045, according to the U.S. Department of Transportation, leaving our maritime infrastructure in danger of lagging behind countries like China in terms of our ability to efficiently move freight and materials.

To support our nation’s coastal ports and maritime industry, The Bipartisan Infrastructure Framework will lay a bedrock foundation toward the overall requests of the port industry: $20 billion for coastal port infrastructure and intermodal (road and rail) connectors; $6 billion for the U.S. Army Corps of Engineers to repair and restore deficient navigation channels and 140 critically deficient coastal navigation structures that are essential for safe and efficient freight movement; robust funding for electrification of dockside ship connections and zero/near-zero emission port equipment; and billions of dollars to support offshore wind energy, to strengthen docks for storage, assembly, and transport of offshore wind energy components.

Yes, it’s real money, but the stakes are high. As we recover from a crippling pandemic, we can’t afford a widening infrastructure gap with our global competitors. Further disruption will only continue to hurt Louisiana’s economy.

Paul Aucoin is the executive director of the Port of South Louisiana.

Our Views: In Louisiana, Joe Biden ought to get GOP help on our decrepit bridges, pumps