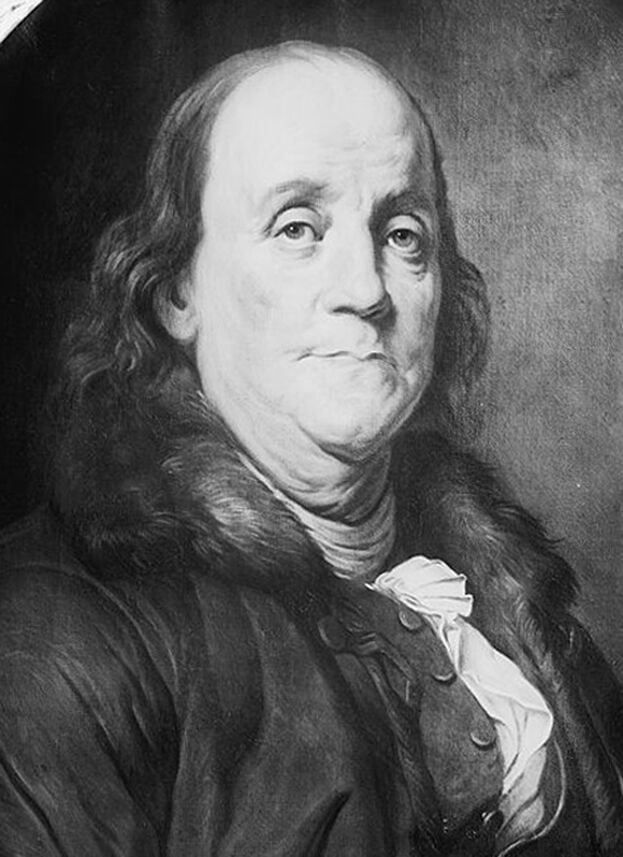 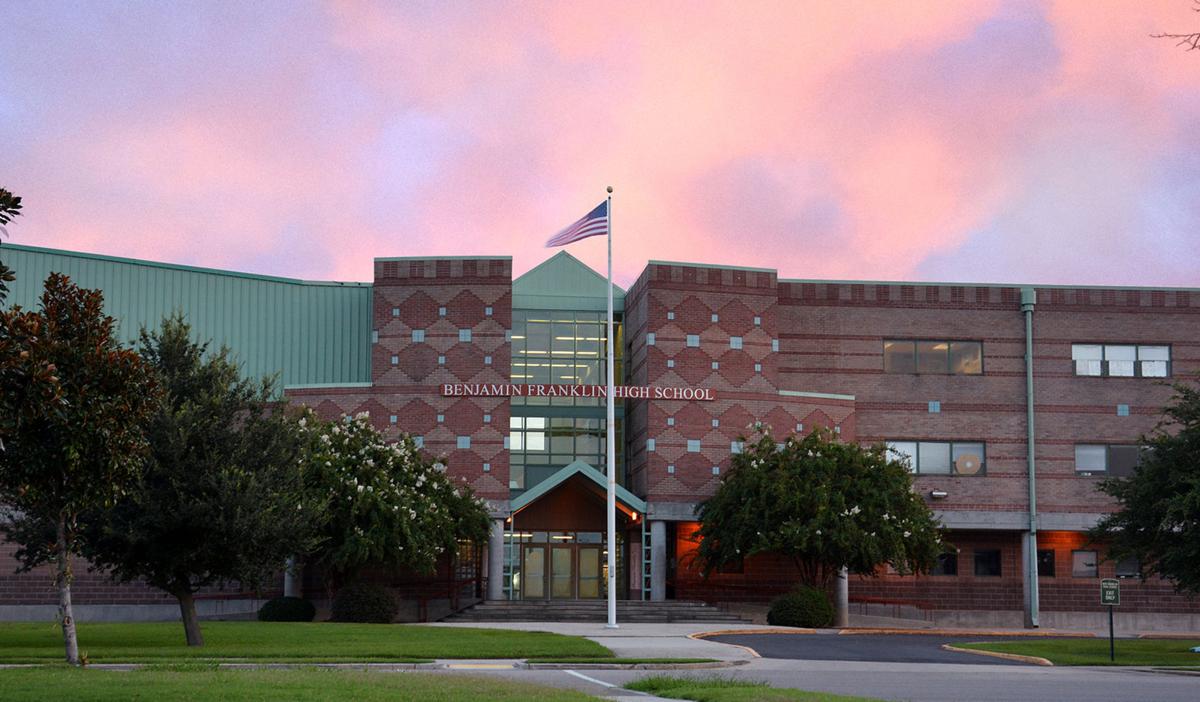 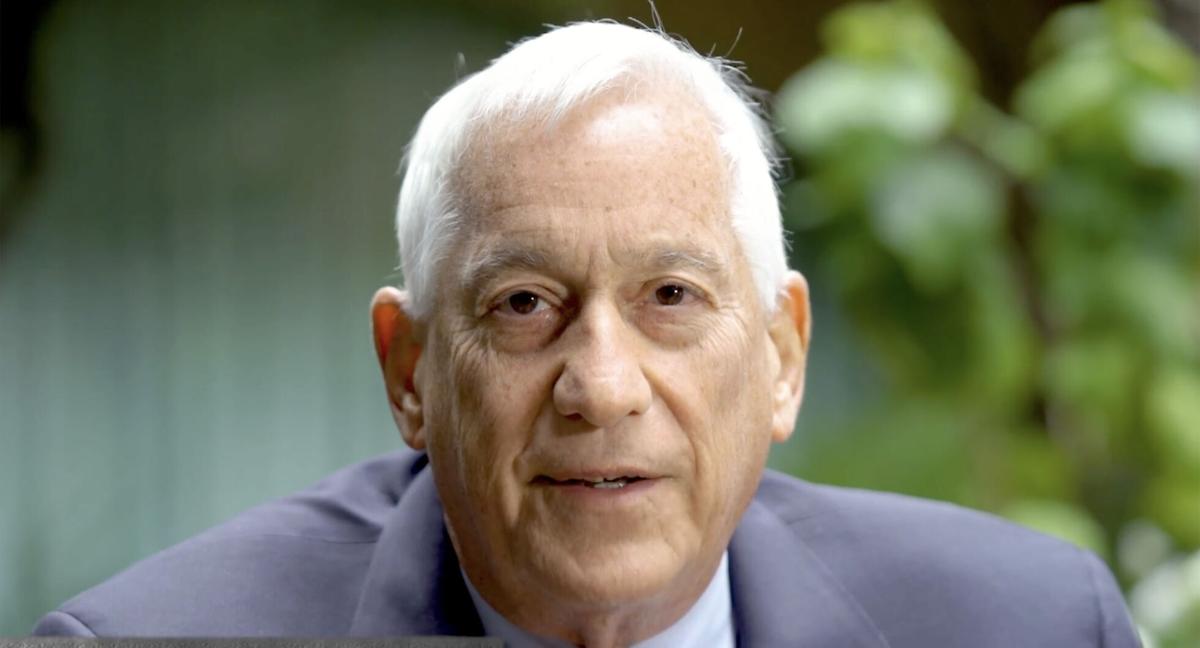 In 1787, Benjamin Franklin became the president of Pennsylvania’s Society for Promoting the Abolition of Slavery. He threw himself into the task, drawing up plans for providing employment for freed slaves, presenting a pro-abolition petition to the first Congress, and publishing a scathing parody of arguments made in defense of slavery.

Franklin was then in his 80s and not in need of new endeavors, but he undertook the fight because, throughout his life, he kept a ledger of the mistakes he had made and how he had tried to rectify them. He thus serves as an inspiration for those of us who are not perfect but seek to achieve moral growth.

The greatest of his errors, he realized, was that as a printer in Philadelphia he had two or three enslaved men at various times working in his shop and he had allowed in his newspaper the advertising of slave sales and notices about runaways. He had also expressed opinions over the years that he realized were misguided and needed to be corrected.

The Orleans Parish School Board is now considering renaming school facilities, including two named after Franklin, and has invited public comment. So as someone who once wrote a biography of him, I thought I would explain why I think that judging him based on the moral arc of his life and his quest for improvement would send the right message to students. People are not perfect. Our nation is not perfect. But we should celebrate those who realize our nation’s flaws, confront them honestly, and publicly take the lead in making themselves and our union more perfect. Students (and the rest of us) should be inspired by those who achieve moral growth. That is a basic goal of education.

Franklin’s growth is very instructive, especially in this age when social media debates are waged with the fervor of people who believe they have never made a mistake. He was an apostle of self-improvement. Our civic life and politics would benefit, I think, by having a few more people who, like Franklin, wake up and realize that they have been wrong at times.

Up until the Revolution, the enslavement of Black people was common in all 13 colonies. It is the nation’s original sin. Many founders, including Washington and Jefferson, never freed their slaves during their lifetimes.

As far as we can tell, the handful of enslaved people who worked at Franklin’s print shop or for his wife after he went to England wandered off freely by the 1760s, with Franklin mentioning them fondly in his letters and making no known effort to keep them enslaved.

What helped awaken him to the evils of slavery was one of his philanthropic endeavors. He became active in an organization that established schools for Black children. After visiting the Philadelphia school in 1763, he wrote a reflective letter about his previous prejudices: “I was on the whole much pleased, and from what I then saw have conceived a higher opinion of the natural capacities of the Black race than I had ever before entertained. Their apprehension seems as quick, their memory as strong, and their docility in every respect equal to that of White children. You will wonder perhaps that I should ever doubt it, and I will not undertake to justify all my prejudices.”

Even many ardent abolitionists at the time held the racist view that Black people were intellectually inferior to White people, but Franklin was an early advocate for the enlightened view that Black underachievement was the result of their having been enslaved and denied good education.

Franklin became increasingly outspoken against slavery in the 1770s. In a piece he wrote for the London Chronicle, he decried, using language stronger than almost any other founder, the “constant butchery of the human species by this pestilent detestable traffic in the bodies and souls of men.” He wrote in a similar vein to his friend the Philadelphia physician Benjamin Rush: “I hope in time that the friends to liberty and humanity will get the better of a practice that has so long disgraced our nation and religion.”

After Franklin became president of the abolition society in 1787, he took on the argument that it was not practical to free hundreds of thousands of adult slaves into a society for which they were not prepared. He drew up detailed proposals “for improving the condition of free Blacks” by securing apprenticeships that would teach them skills, creating new schools, getting young Black people to attend the existing schools, and creating a committee to find jobs for freed slaves.

On behalf of the abolition society, Franklin presented a petition to Congress in February 1790. “Mankind are all formed by the same Almighty Being, alike objects of his care, and equally designed for the enjoyment of happiness,” it declared. The duty of Congress was to secure “the blessings of liberty to the People of the United States,” and this should be done “without distinction of color.” Therefore Congress should grant “liberty to those unhappy men who alone in this land of freedom are degraded into perpetual bondage.”

Franklin’s petition was rejected by James Madison and other founders, and he was roundly denounced by the defenders of slavery, most notably Congressman James Jackson of Georgia, who declared that the Bible had sanctioned slavery and, without it, there would be no one to do the hard and hot work on plantations. It was the perfect setup for Franklin’s last great essay, written less than a month before he died. He wrote it as a parody in the form of a purported speech given by an official in Algiers.

The parody speech attacked a petition asking for an end to the practice of capturing and enslaving European Christians to work in Algeria. “If we forbear to make slaves of their people, who in this hot climate are to cultivate our lands?" the speech declared, and then it proceeded to mirror the arguments Jackson had made in favor of enslaving Africans.

Franklin was, during his 84-year life, America’s best scientist, inventor, diplomat, writer, businessman, and practical thinker. He proved by flying a kite that lightning was electricity, and he invented a rod to tame it. He devised bifocal glasses and clean-burning stoves, charts of the Gulf Stream and theories about the contagious nature of the common cold. He founded schools for both White and Black, laid out plans for integrating schools, and at his death was the president of an abolitionist society. He wasn’t perfect. But that’s why his life has a lot to teach us. He was capable of moral growth. So are we all.

Walter Isaacson of New Orleans is author of "Benjamin Franklin: An American Life."

Guest column: Louisiana's only president would have no tolerance for Capitol riots

President Zachary Taylor has become an unlikely symbol of the attack on Jan. 6. When Americans forced their way into the U.S. Capitol, committ…