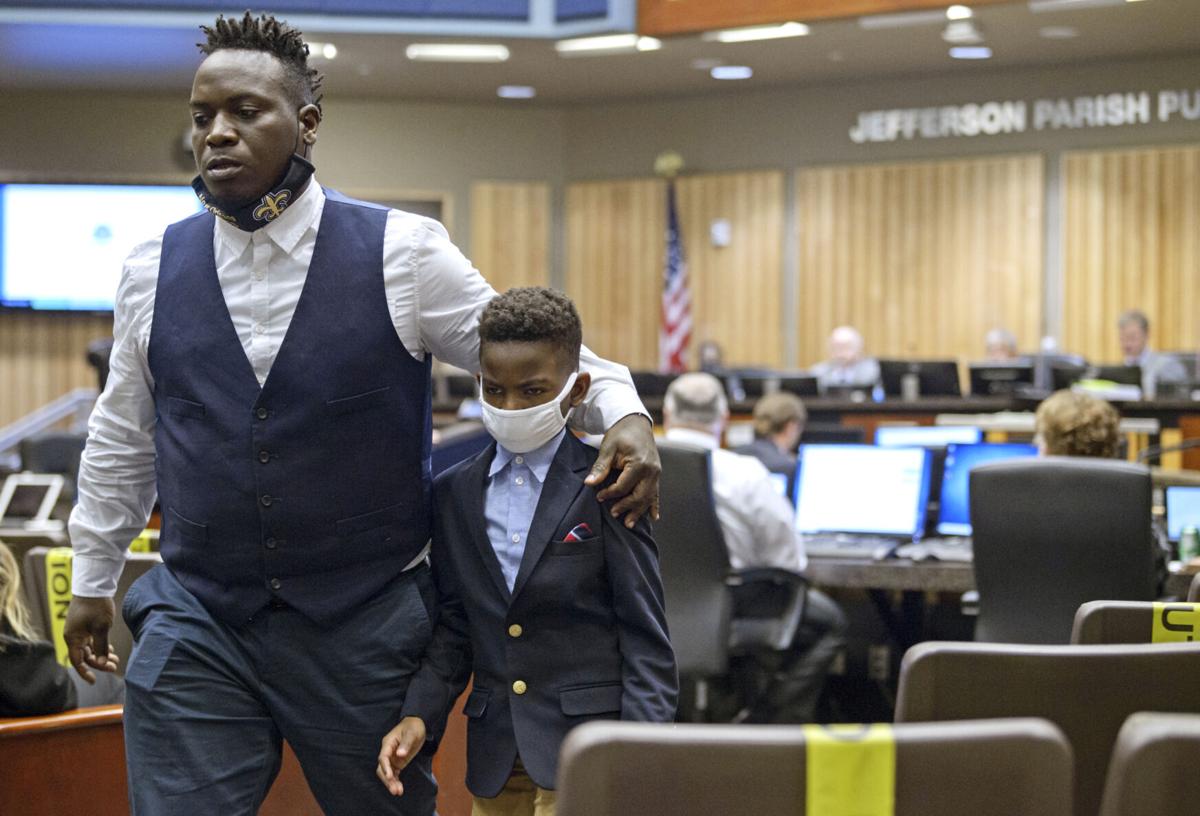 Nyron Harrison walks out of a Jefferson Parish Public School Council hearing for his son Ka’Mauri Harrison, who was suspended for handling a BB gun while in a virtual lesson, after they both testified in Harvey, Dec. 4. 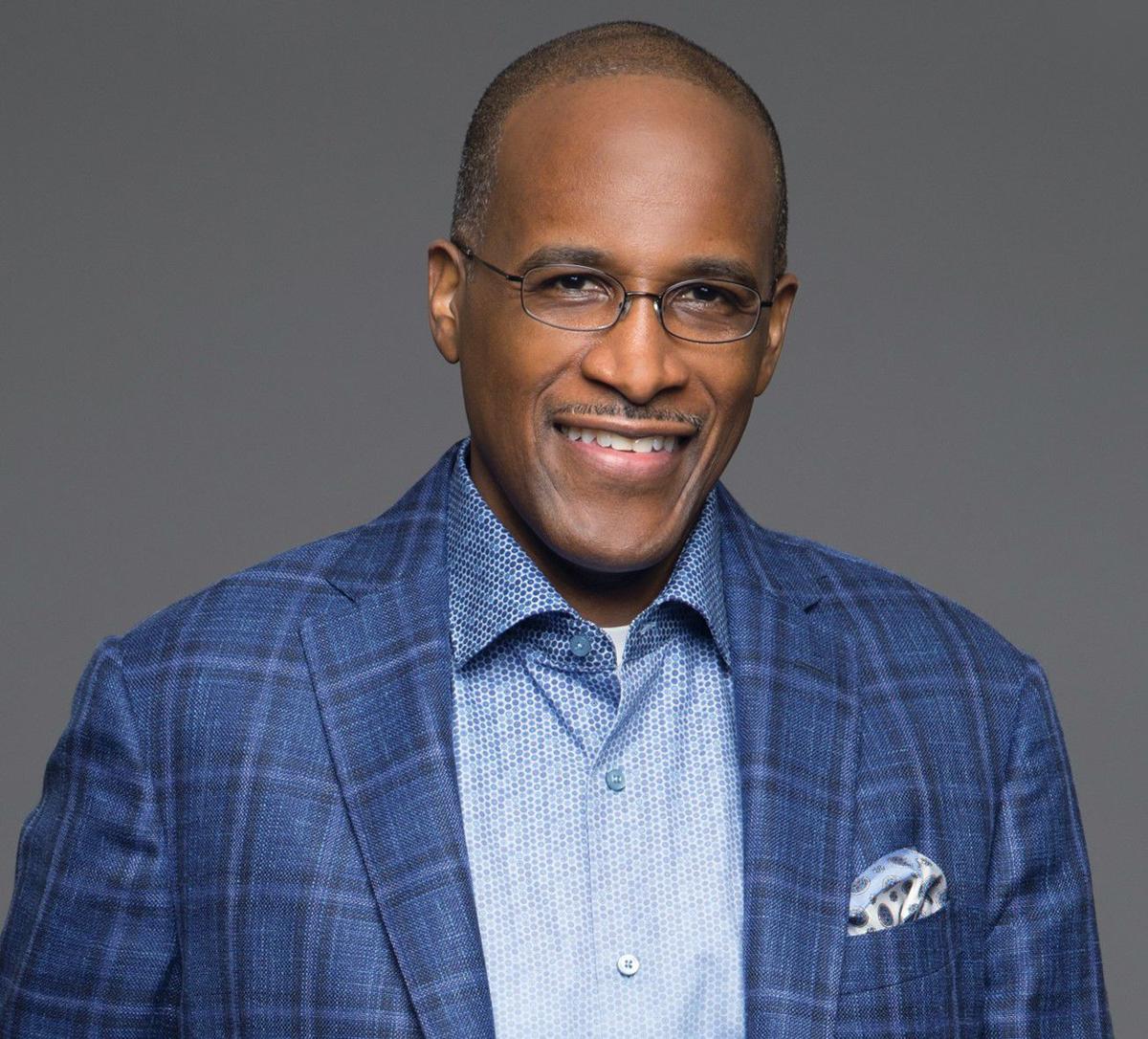 Nyron Harrison walks out of a Jefferson Parish Public School Council hearing for his son Ka’Mauri Harrison, who was suspended for handling a BB gun while in a virtual lesson, after they both testified in Harvey, Dec. 4.

In late September I saw the news about Ka’Mauri Harrison, the fourth grade student suspended for six days because, while attending class online in his home, he picked up a BB gun off the floor to move it out of his younger brother’s way and placed it on his desk, where it was seen by the teacher in the physical school. This pandemic has created challenges we have never seen before, but common sense should still be the same.

It seemed to me that the school could send the parents a notice of the incident and ask them to ensure this does not happen in the future. I read the code of conduct, agreement on internet access, and the weapons policy. By the letter of the law, having a BB gun in the home while a student is in class is not against the rules. In fact, Jefferson Parish schools have no rules governing at home, online learning.

The BB gun was not “within the boundaries of school property or on a school bus,” as the policy states. I wrote Superintendent James Gray asking him to reconsider the suspension (realizing that they initially considered expulsion), hoping that he, a Black man, would understand how Black boys are disproportionately sanctioned which tracks them for failure.

He responded that “it is our policy that teachers and administrators may employ reasonable disciplinary and corrective measures to maintain order.” Suspending a fourth grader six days, for a BB gun being visible in his house while taking a class online during a pandemic, is reasonable?

If Superintendent Gray believes this is reasonable, he’s being dumb.

Ka’Mauri and his father Nyron went to testify in front of the state Senate in October. Nyron gave an excellent account of the incident. After engaging the teacher and school administrators, he realized that he needed to fight this decision.

The committee was puzzled during that hearing. State Sen. Katrina Jackson, D-Monroe, asked why would a school district think it was plausible to restrict what is in people’s homes? The board attorney said the board’s position was that whatever is not acceptable in a classroom, on a bus, or at a school dance is not acceptable in a virtual environment.

Push to change law wins 93-0 after 4th grader's BB gun suspension, and it'll be named after him

The school board’s outside counsel defended the system being interested in what happens in the home, using as examples incidents where pornographic material and people exposing themselves occurred during virtual class situations. But this was a 9-year-old repositioning a toy gun, as the outside counsel described it. State Sen. Kirk Talbot, R-River Ridge, summed it up, saying “this thing should have never made it to this point.”

But it did, because the Jefferson Parish School Board wanted to be dumber.

Talbot advised them to “wipe the slate clean” and move on, but the outside counsel argued that this sanction would not have any impact on Ka’Mauri or his records. State Sen. Beth Mizell, R-Franklinton, was quick to point the impact: a 9-year-old in front of the Louisiana Senate pleading his case. If it wasn’t a big enough deal to impact his record, why have it on there at all?

But dumb and dumber have refused to fully heed the advice from the Senate Education Committee. They recently reduced the already-served six-day suspension to three days, keeping it on his record. While incomplete, it is progress.

The good news is that this case has managed to do what our current political climate has been unable to do — unite liberals and conservatives around the same issue. From the ACLU to the NRA and every view in between, I have yet to find anyone who sides with the superintendent and the board.

So we will keep the pressure on. The attorney general should continue to challenge these actions, as the family’s attorney does the same. Activists should continue to shed light on the case. Finally, the entire school board is up for reelection in 2022. Each and every one of them needs to be replaced. Potential candidates should run on erasing a board and superintendent fighting to harm a child.

This entire episode is dumb. Keeping this board, and this superintendent, would be dumber.