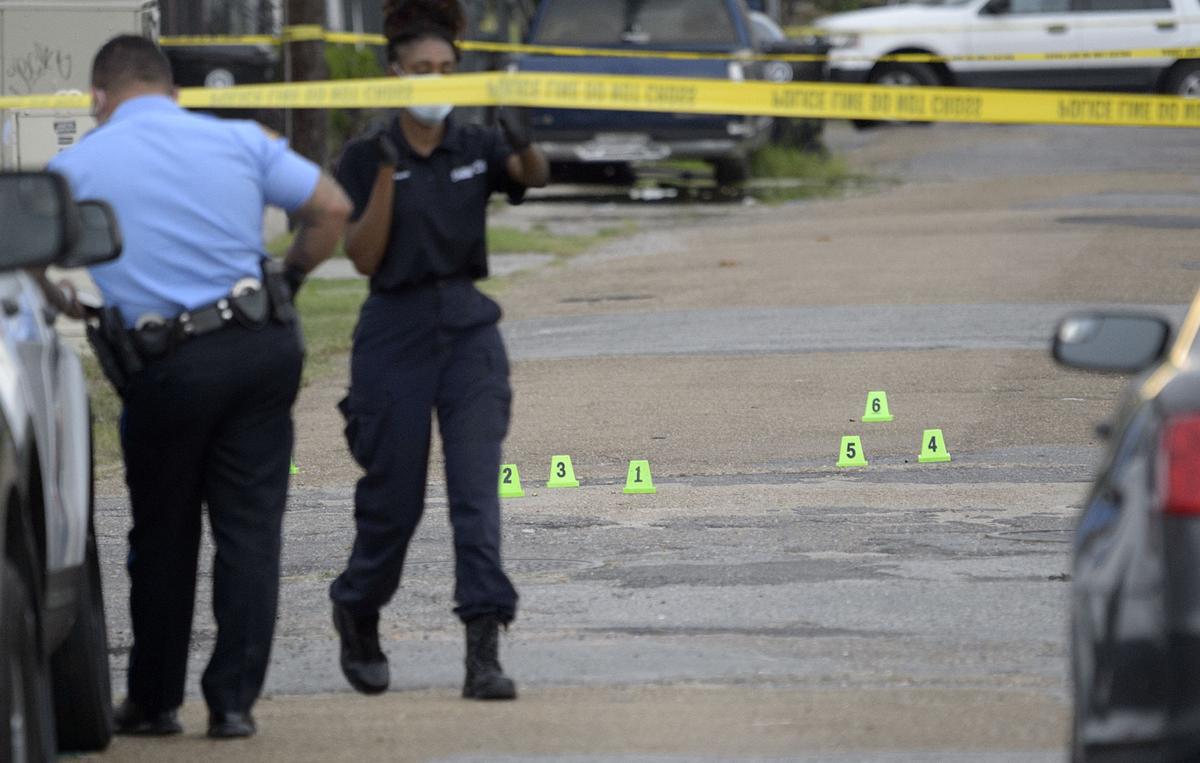 Members of the NOPD investigate a triple shooting on the 2100 block of Pauger Street that resulted in the death of a 10-year-old and the injury of two other juveniles in the Seventh Ward in New Orleans, La. Monday, July 13, 2020. (Photo by Max Becherer, NOLA.com, The Times-Picayune | The New Orleans Advocate) 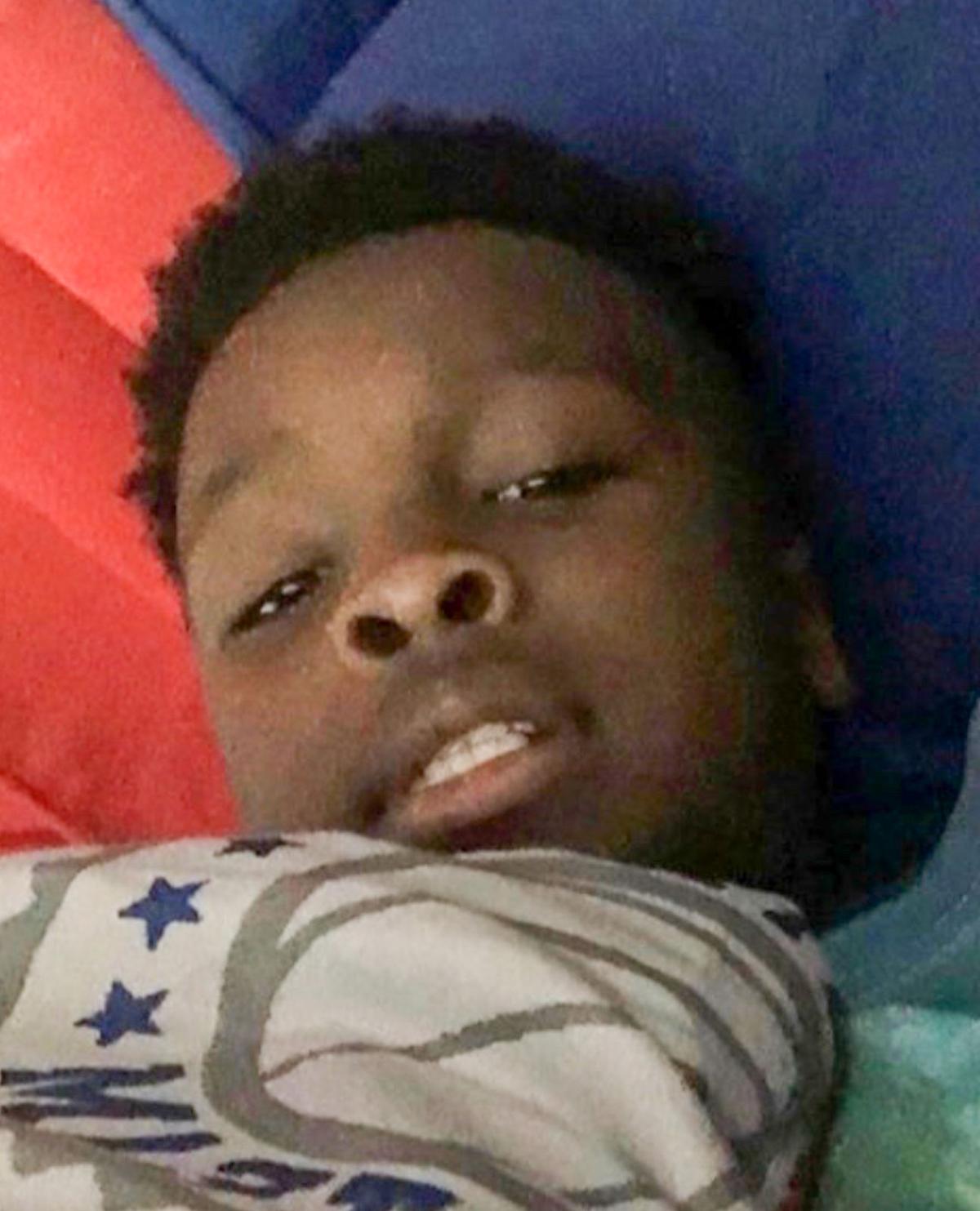 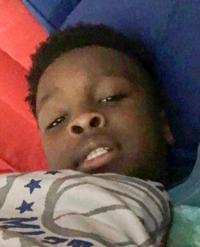 The 9-year-old boy killed in a 7th Ward triple shooting Monday evening has been identified by family members as Devonte Bryant.

Members of the NOPD investigate a triple shooting on the 2100 block of Pauger Street that resulted in the death of a 10-year-old and the injury of two other juveniles in the Seventh Ward in New Orleans, La. Monday, July 13, 2020. (Photo by Max Becherer, NOLA.com, The Times-Picayune | The New Orleans Advocate)

The 9-year-old boy killed in a 7th Ward triple shooting Monday evening has been identified by family members as Devonte Bryant.

It’s the kind of raw emotion that should jolt us. But most New Orleanians have become desensitized to the carnage often found in the city’s most dangerous, violent, and deadly neighborhoods. We see it in the newspaper or on the evening news but the extent of the suffering doesn’t really resonate, if we’re honest with ourselves.

It doesn’t get much more real and raw than watching WWL television’s interview with Donald Bryant on Monday night with tears streaming down his face. His loved ones were holding onto him almost to the point that he couldn’t stand without them. Bryant was in so much pain he could barely speak.

“He was a baby, an innocent baby. He’s my baby,” cried Bryant.

At the time of the interview, only two hours had passed since gunmen opened fire on three children in front of Bryant’s home on Pauger Street in New Orleans’ 7th Ward. They shot a teenage girl in the stomach and a teen boy in the leg. Both were taken to the hospital.

Bryant’s 9-year-old son, Davonte was playing out in the street in front of his home. When Bryant heard the gunshots, he ran outside and found his young boy shot in the head.

“He was just lying there. I picked him up and I laid him on the sofa. He was just not responding,” said Bryant.

They say there are few things more painful than losing a child. Bryant seemed to compose himself for a second, wiping away the tears running down his face with a towel someone handed him. But then he started talking about how Davonte would have turned 10 on July 31, and he lost it again.

Ross Dykman lived a block away from the shooting. He offered WWL viewers some perspective of what it’s like to live in one of New Orleans’ forgotten neighborhoods.

Dykman believes city leaders don’t care about the dangers his neighbors are facing.

“Had this been happening in the French Quarter or the Marigny, the city would have put the resources in and this stuff would have been shut down a long time ago, but it’s just us over here. They don’t care,” Dykman said.

Most New Orleanians in the city or metro area have no idea what it’s like to live in some of the city’s most dangerous neighborhoods. Shootings are common and peace of mind is rare. The first thing after the bullets fly is neighbors come out and survey the death and destruction. They then typically comfort and congregate grieving family members. The cops show up and close the area off with yellow tape and mark the many shell casings on the ground.

Police then begin to look for witnesses. Often, they find none. Many won’t talk fearing they too will be a target if they cooperate. As a result, 7 in 10 New Orleans homicides typically result in no arrest, according to The Washington Post in 2018.

And then the media shows up looking for a reaction to the carnage. It’s always the same. Pain, sorrow, and heartache from families who can’t believe their loved one was next up on the long list of souls shot to death in their neighborhood.

New Orleans typically rates as one of the most dangerous cities in the nation when it comes to gun violence. This we know and it is without dispute: The city’s criminal justice system is broken and woefully inadequate when it comes to protecting those living in crime-ridden areas. Fixing the problem before the bullets fly in New Orleans’ forgotten neighborhoods is clearly not a priority.