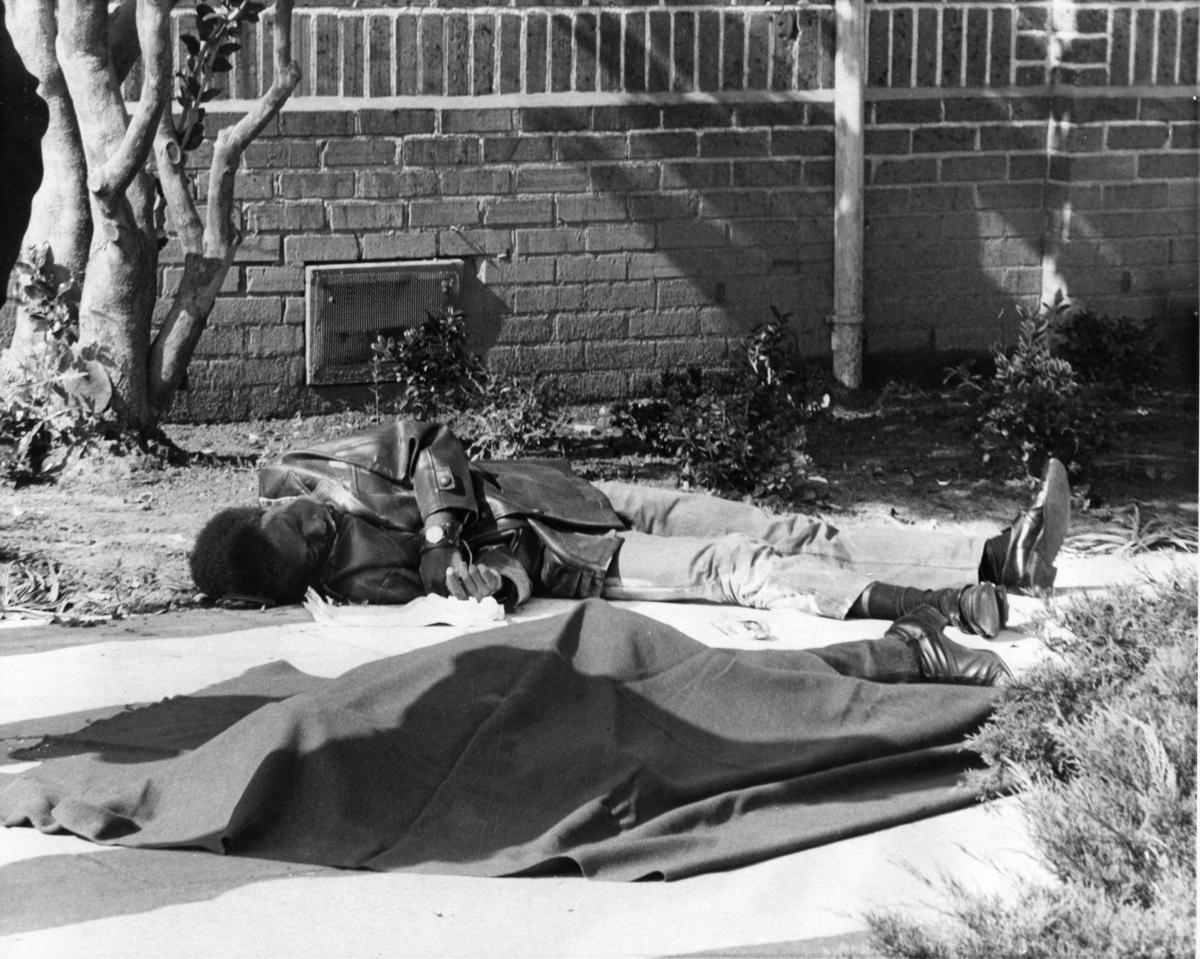 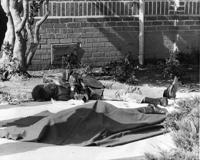 The bodies of Denver Smith and Leonard Brown lay outside the Southern University Administration Building on Nov. 16, 1972. The students were killed during a confrontation with law enforcement officers during student protests on campus. 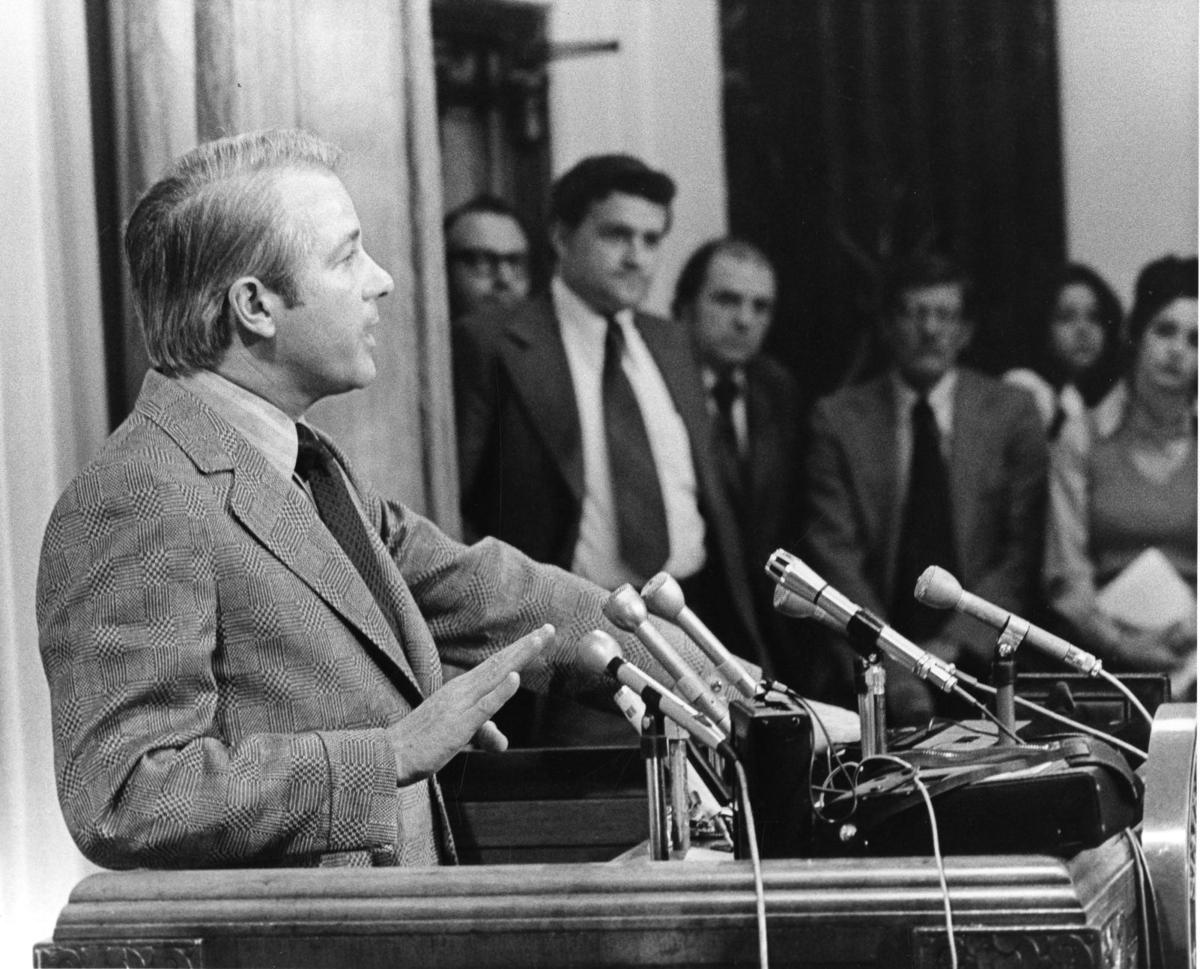 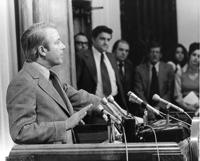 Gov. Edwin Edwards declares a state of emergency in East Baton Rouge Parish and orders the closing of Southern University following an outbreak of violence on the campus which resulted in the deaths of students Leonard Brown and Denver Smith in November 1972.

The bodies of Denver Smith and Leonard Brown lay outside the Southern University Administration Building on Nov. 16, 1972. The students were killed during a confrontation with law enforcement officers during student protests on campus.

Gov. Edwin Edwards declares a state of emergency in East Baton Rouge Parish and orders the closing of Southern University following an outbreak of violence on the campus which resulted in the deaths of students Leonard Brown and Denver Smith in November 1972.

If you’re a regular reader of this column, you’ve hared me mention this story before. But I still care about this issue because it was a tragedy and it was one the worst days of my life.

It was 47 years ago this month, on Nov. 16, 1972, that two unarmed, non-threatening Southern University students were murdered during student protests. It was not a riot as some accounts had claimed. The deadly shot that killed the students, according to an investigating commission, came from a weapon fired by a member of the East Baton Rouge Parish Sheriff’s Office.

By the way, I was a freshman standing not far from the shooting.

Ed Pratt: The more souls that go to the polls, the better for Louisiana and America

I respect law enforcement. I understand the life-or-death dangers inherent in what they do. But this was one of the lowest days in law enforcement. And the actions of political leaders and the justice system in the days and months afterward were even worse.

It was the culmination of weeks of student unrest on the campus. They were basically protesting for better administration and state funding for a chronically under-funded predominantly black university.

Suspiciously, that morning some of the key leaders of the demonstrations were arrested at their homes and never made it to campus.

That overcast morning, student protesters were facing a phalanx of sheriff’s office deputies and some Louisiana State Police officers.

Law enforcement officers, with their lethal weapons, were facing down dozens of students who were armed only with their voices. They had no guns. No sticks. No stones. Nothing. A state inquiry into the event would say later that it had “not uncovered any evidence that students were in possession of firearms, tear gas, grenades or artillery simulators or launching devices at the time of the confrontation.”

In the midst of the standoff, a tear gas canister was tossed at the students. The contention is that it was tossed by a state trooper. It was tossed back. Then came the deadly shotgun blast from a deputy.

Denver Smith and Leonard Brown were both shot in the head by the same blast, according to the investigation commission. That shot had to be intentional, essentially an assassination.

The sheriff’s office initially said that protesters had a gun and that’s why officers felt threatened and fired. That was proven to be untrue. Then, basically, the official line became "Oops, oh well, too bad, so sad."

That was followed by a weak — the best word that can be used — investigation. The general feeling around the campus and community was that the investigation was a sham. No one was ever named.

Then-Gov. Edwin Edwards, who was liked on the campus, could have calmed the waters by just saying he would be willing to talk with the students and the administration about much-needed financial help to the Scotlandville campus. But he didn’t do it.

To make matters worse, Edwards blamed the shooting on the students.

Why do I keep writing about this?

Denver Smith and Leonard Brown were young men whose lives were pregnant with possibilities. While, I didn’t know them, they were like me. They were in college with the hope of making a better life for themselves. But they were shot dead, and the best their families received from the state’s top official and others was “thoughts and prayers and see ya later.”

Immediately after the shooting and in the following years, there was a smidgeon of hope that someone would be brought to justice. But it never happened.

The student union building at Southern is named the Smith-Brown Memorial Union in honor of the slain students. I hope every freshman hears or reads about how that building got its name. Denver Smith and Leonard Brown at least deserve that.

That deputy could have turned his gun in my direction and killed or wounded me and other students.

As much as I love my alma mater, I would not want a building named posthumously in my honor because a peace officer killed me for no reason — and no one paid a price for my killing.

Email Edward Pratt, a former newspaperman who writes a weekly column, at epratt1972@yahoo.com.