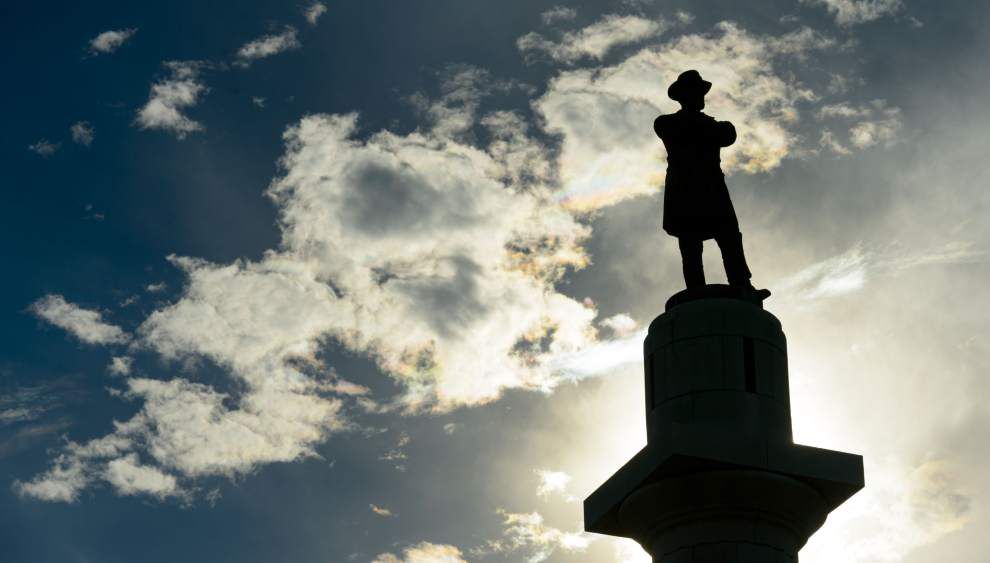 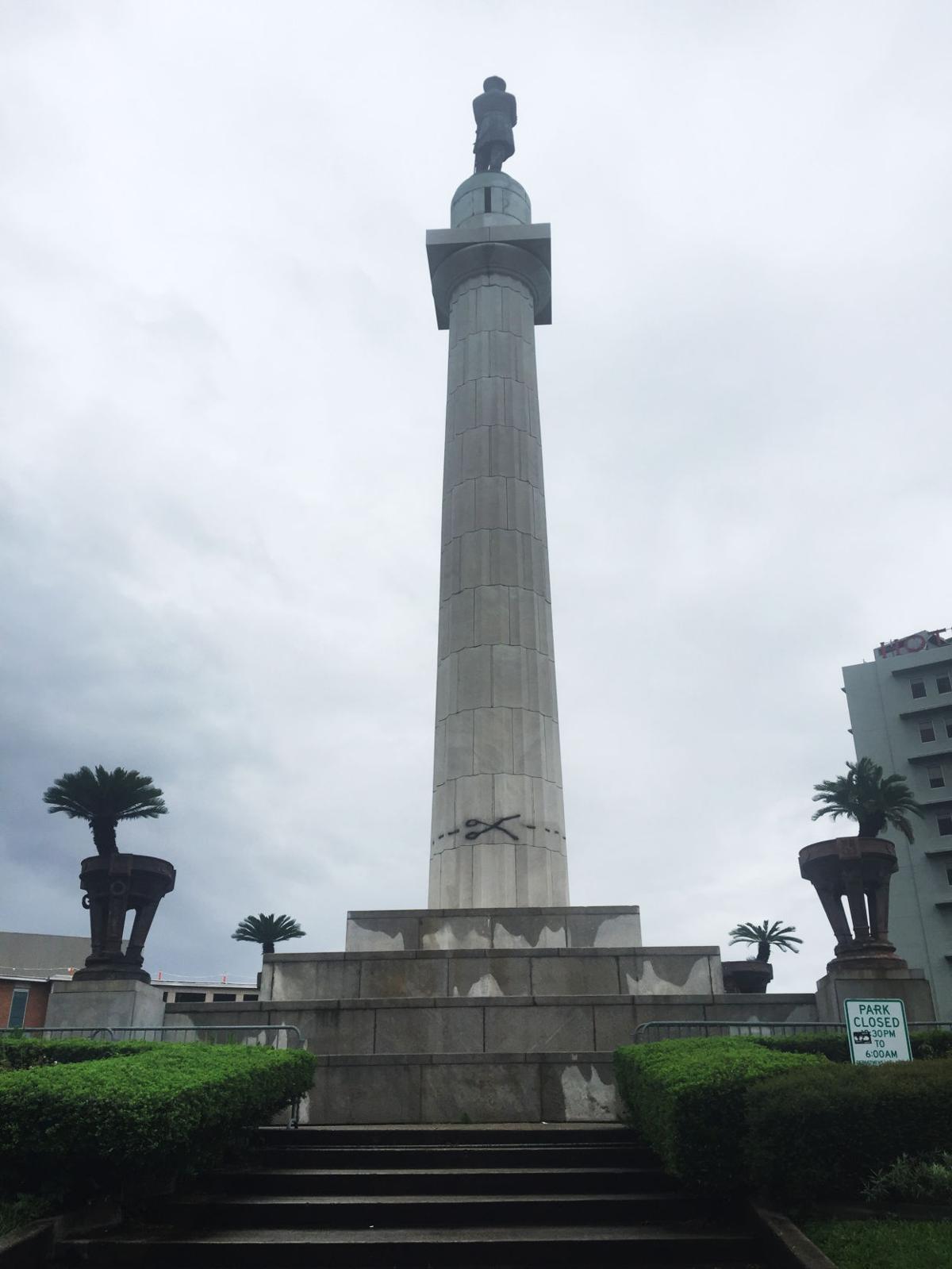 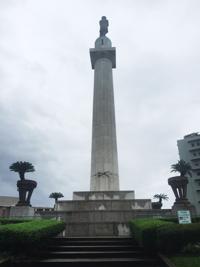 Scissors with cut lines are visible on the Robert E. Lee Monument and is part of the recent vandalism of Confederate monuments in New Orleans, La., Saturday September 17, 2016.

Scissors with cut lines are visible on the Robert E. Lee Monument and is part of the recent vandalism of Confederate monuments in New Orleans, La., Saturday September 17, 2016.

New Orleans appears poised to remove three monuments that have defined the city’s profile after a federal appellate court panel swept away legal objections to moving them. In late 2015, City Council members declared the monuments to be public nuisances, and lawsuits to keep them in place have gained no traction in the courts.

Mayor Mitch Landrieu promised that after they’re removed from the prominent perches, the statues of Confederate leaders Robert E. Lee, P.G.T. Beauregard, and Jefferson Davis will be moved elsewhere. He and supporters of the move claim the statues glorify the racist regime of the Confederacy, and that the individuals memorialized by the statues, with the exception of Beauregard, have little direct connection to the city’s history.

At best, that’s a shortsighted argument. Each of the generals’ statutes, after more than a century of residence, have become part of the local landscape, in addition to gaining listings in the National Register of Historical Places. Important period sculptor Alexander Doyle, who has several other works scattered around the city, executed each monument. Two figures played a positive role in area race relations after the war. Beauregard, who served as a state and local official, advocated during Reconstruction for voting rights for blacks. Lee, by his battlefield surrender and counseling in favor of peace and against continued military activity, helped spare the South from complete ruin and speeded the end of slavery.

Gill: N.O.'s landscape radically altered with removal of monuments; now, how far will it go?

The Civil War was only a year old when New Orleans fell, to remain under union occupation un…

City leaders would do better to create exhibits around each statue in its present location, putting into context the men and their records and how they and the monuments have shaped the contours of the city. That would not glorify nor endorse a particular legacy, but simply educate. Perhaps only the Davis statue, at the intersection of the eponymous Parkway and Canal Street, merits moving to the shadows. He was connected to New Orleans only by his briefly appearing and dying at a location in the Garden District already memorialized, followed by a short posthumous stay in Metairie Cemetery.

But at worst, this impulse to revise the civic landscape displays both hypocrisy and intolerance of the city’s heritage. Despite numerous public requests to the contrary, Landrieu and the City Council, all Democrats, have refused to mete out the same treatment to Andrew Jackson’s statue in the square named after him. State Democrats annually host a Jefferson Jackson Dinner —a fundraiser named in  part after the nation's seventh president. That’s despite Jackson’s countenancing cruel treatment of the slaves he owned and, as president, authorizing what amounted to a death march for many Cherokees. Last year, a national movement gained steam to kick Jackson off the $20 bill in favor of escaped slave and Freedom Railroad conductor Harriet Tubman.

In response to the charge that banishing the monuments erases history, supporters insist that such a past is irreconcilable with a community that wants to embrace progress. New Orleans lapsed into such short-sightedness in the 1960s, when self-anointed do-gooders backed scarring a wide swath of the Vieux Carre for an expressway, tossing out the old in the name of a vision defined as progressive. Almost a half-century later, we should resist the Islamic State model of blighting a cultural heritage to advance a political agenda..

Removing these statues will wound New Orleans, not help to heal it. Elected officials should think again before they call in the moving cranes.

It started at a West Bank bar. It should end in the Louisiana Legislature.

There is nothing inspirational about tearing down statues in New Orleans, what has long been considered the European city of America.