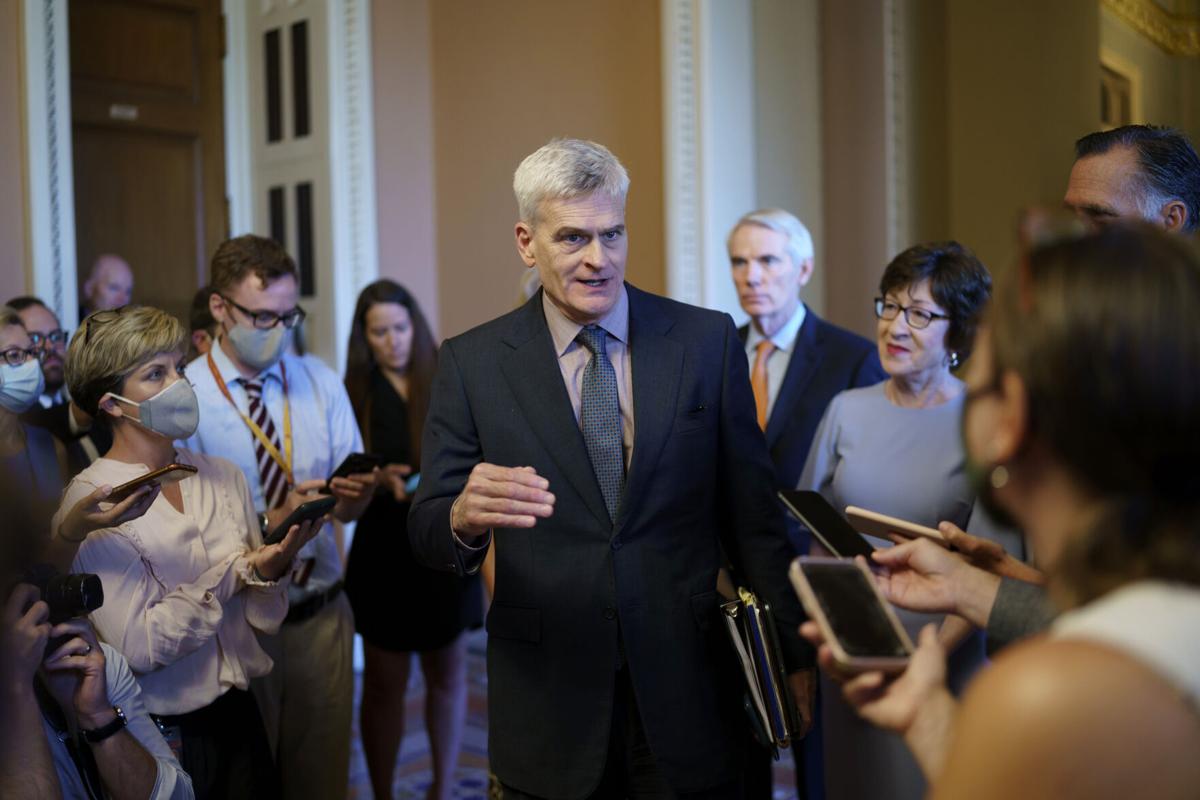 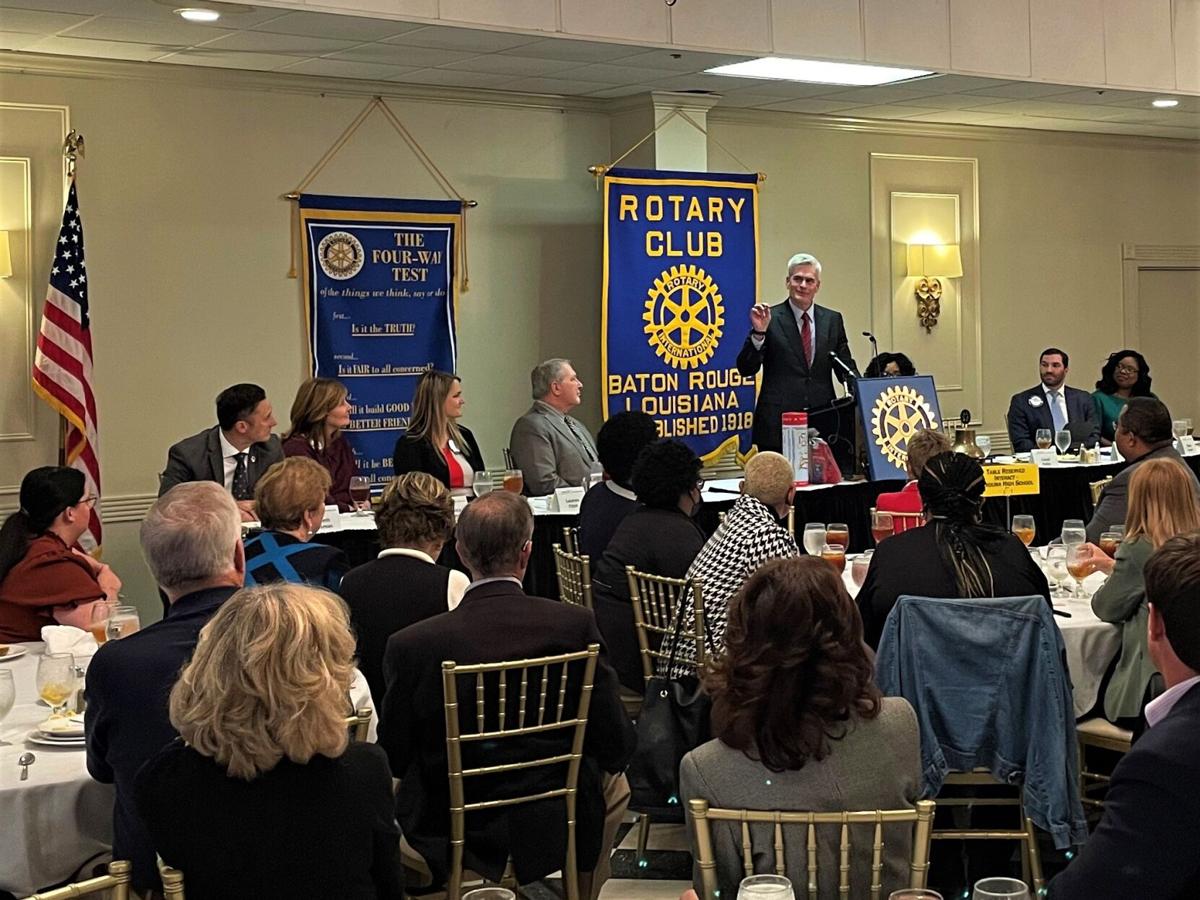 The passage of the $1.2 trillion Infrastructure Investment and Jobs Act, IIJA, was a generational change in how government approaches neglected roads, bridges, drinking water systems and other fundamental structures upon which the nation’s economy relies.

It also was political poison for the 13 Republican representatives who supported Democratic President Joe Biden’s legislative success addressing a long-recognized problem that Republican Donald Trump tried but failed to accomplish during his tenure as president.

Michigan Republican U.S. Rep. Fred Upton said that among the thousand or so calls he received calling him a traitor was a death threat. He said the calls were a sign of a “polarized, toxic environment.”

Threatening calls came to several of the other House Republicans who voted for IIJA after Trump said in a statement: "Very sad that the RINOs in the House and Senate gave Biden and Democrats a victory on the ‘Non-Infrastructure’ Bill’.”

And not just Republicans were the butt of opponent vitriol. Republican Rep. Paul Gosar, of Arizona, tweeted a video showing a character with his face killing a figure with the face of Democratic New York Rep. Alexandria Ocasio-Cortez.

House Minority Whip Steve Scalise, R-Jefferson, didn’t really respond when specifically asked for a comment on the death threats. His spokesperson said in an email Wednesday: “Whip Scalise has always been vocal that there is no place for violence or threats in politics on either side.”

His boss, House Minority Leader Kevin McCarthy, R-Calif., also has remained mute on what GOP leadership would do.

None of Louisiana’s House Republicans voted for the infrastructure bill, all saying that little of it was about actual infrastructure. U.S. Rep. Clay Higgins, R-Lafayette, said the bill was “9% roads and bridges and 91% socialist garbage.”

What the delegation missed, however, is that infrastructure is more than just highways. Ports, the electrical grid, drinking water systems, broadband, flood control and coastal restoration are all parts of the IIJA, but not the GOP definition of infrastructure.

Louisiana’s Republican delegation in the U.S. House voted against the $1.2 trillion infrastructure bill that was negotiated by Republican U.S.…

U.S. Sen. Bill Cassidy, the Baton Rouge Republican who was part of those negotiations, was in town last week to stress how being at the table helped Louisiana when formulating the calculations of how much each state gets. In addition to roads and bridges and whatnot, he pushed how IIJA would help burgeoning Louisiana industries, particularly carbon sequestration and hydrogen production, at speeches before the Rotary Club of Baton Rouge on Wednesday and the Public Affairs Research Council on Thursday.

As luck would have it, U.S. Sen. John N. Kennedy, R-Madisonville and an ardent opponent of the infrastructure bill, addressed the PAR luncheon after Cassidy spoke and left.

“We’re going to get $6 billion for roads and bridges. What my Democratic friends don’t tell you is that we were going to get $4.8 billion of that anyways,” Kennedy said in explaining his opposition.

Kennedy added, without citing a source, the legislation would cost more in taxes than Louisiana would actually see in profit.

Oh yes, there will be blood. But taxes won’t affect too many. The plan relies on collecting $28 billion in unpaid taxes on transactions made with cryptocurrency and $13 billion from restarting collection of a tax to clean up abandoned hazardous waste sites. That tax expired in 1995.

Much of the money to pay for the infrastructure bill comes from unspent COVID-19 relief aid plus the $53 billion left over from the supplemental unemployment aid that many GOP-dominated states had refused.

Prior to the Rotary luncheon, Cassidy acknowledged that misinformation fueled much of the heated rhetoric. His life hasn’t been threatened. Conservative business organizations, such as the U.S. Chamber of Commerce, praise his involvement in getting IIJA passed.

Cassidy said that changes in congressional behavior will come when voters change the polarized culture.

“This might take longer, but hopefully, as the economy gets better, people feel more secure, COVID goes down, there will be less tension in the atmosphere. I’m hoping the bipartisan infrastructure bill, creating the jobs it’s creating, maybe will be part of that.”