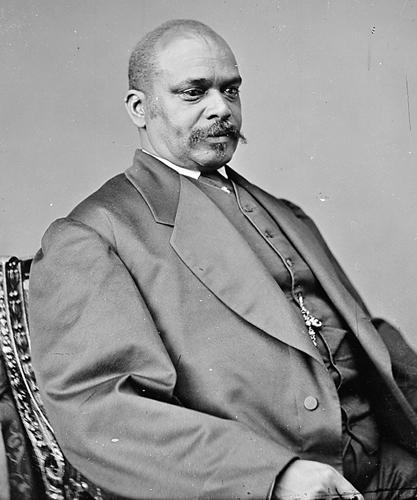 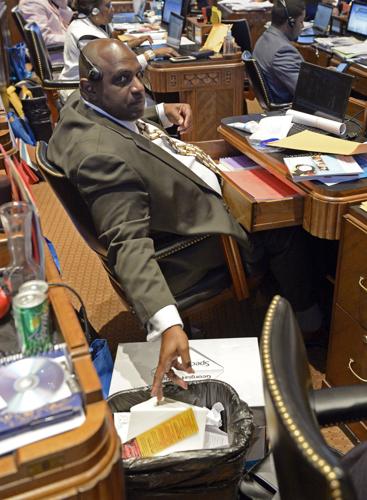 Since the session began in March, Louisiana legislators have engaged in plenty of fractious debates over political wedge issues from abortion access and gun rights to transgender athletes’ participation in women’s sports and government efforts to protect people from catching and dying from COVID.

Many of the conversations were angry and frayed relationships. But as the session nears its 6 p.m. Monday end, evidence exists of lighter moments when the Republican legislative majorities and their Democratic colleagues worked together.

Democratic Gov. John Bel Edwards has signed into law a bill to designate the 2-8-2 Mikado class of railroad engine the official state steam locomotive. Once the most popular railroad engine in the U.S., a number of the locomotives were built in Algiers early in the 20th Century.

Legislators of both parties also came together to tap the Gulf Fritillary, an orange butterfly with golden hues that feeds on the purple passionflower, as Louisiana’s official state butterfly. The agraulis vanillae, its proper name, is the only butterfly indigenous to Louisiana. Both bills were sponsored by Republicans.

After years of effort, the Gulf Fritillary, scientifically known as the agraulis vanillae, is well on its way to becoming Louisiana’s official…

Also sitting on the governor’s desk is a Democrat's bill that would install a statue or bust of Oscar Dunn in the State Capitol’s Memorial Hall, next to William C.C. Claiborne, Louisiana’s first noncolonial governor, and Henry Watkins Allen, the state’s Confederate governor.

Oscar Dunn is Exhibit A in the argument that Louisiana schools need to teach more Black history. He was the first African American to be elected to a statewide office in the United States.

A former slave who became a plasterer in New Orleans, Dunn was elected to the New Orleans City Council in 1867. He then was elected lieutenant governor in 1868, which made him president pro tem of the state Senate. He served on the board of the founding predecessor of Dillard University.

Dunn actually sat in as governor for 39 days in 1871 when Gov. Henry Clay Warmoth was recovering out of state from injuries. He worked to help newly emancipated slaves take advantage of the 13th Amendment to the U.S. Constitution, which abolished slavery. He helped Black workers get fair contracts for employment. He promoted allowing land ownership and open school admissions.

Dunn died in November 1871 at the age of 49 after a sudden illness. He was replaced by P.B.S. Pinchback, who a year later was sworn in as the first African American governor of any state, serving about six weeks when Warmoth was impeached over an election dispute. Pinchback’s bust is in Memorial Hall.

This was right after the Civil War, when the national sentiment was to help now-former slaves get on their feet. But by the end of the 1870s, former Confederates had regained control of state government and increased their influence on a national level. They started the Jim Crow laws that rolled back the gains African Americans had made in the previous decade.

But not before the Legislature appropriated $10,000 for a monument to Dunn in Baton Rouge. As Jim Crow took firm hold, the contributions of Dunn were pushed further and further out of the history books. Nobody knows what happened to the money.

“You can probably guess,” quipped state Sen. Sharon Hewitt, the Slidell Republican whose Senate & Governmental Affairs Committee was one of the stations that had to sign off on House Bill 739 before heading to the governor’s desk. All three measures were overwhelmingly approved at each legislative step.

Rep. Rodney Lyons, D-Marrero, first attempted to get a statue of Dunn in Capitol Park, where Huey Long’s effigy dominates. Lyons moved to inside Memorial Hall as a less expensive and easier to obtain alternative. And on second thought, Lyons said, Memorial Hall is a better location. School children, who come by the legion to the State Capitol, stand before each of the statues of men who made significant impact, read the explanatory plaques and hear stories about each.

“We also changed the original bill so that the Speaker of the House and the Senate President will work with families (descendants of Dunn) on an appropriate memorial,” Lyons said.