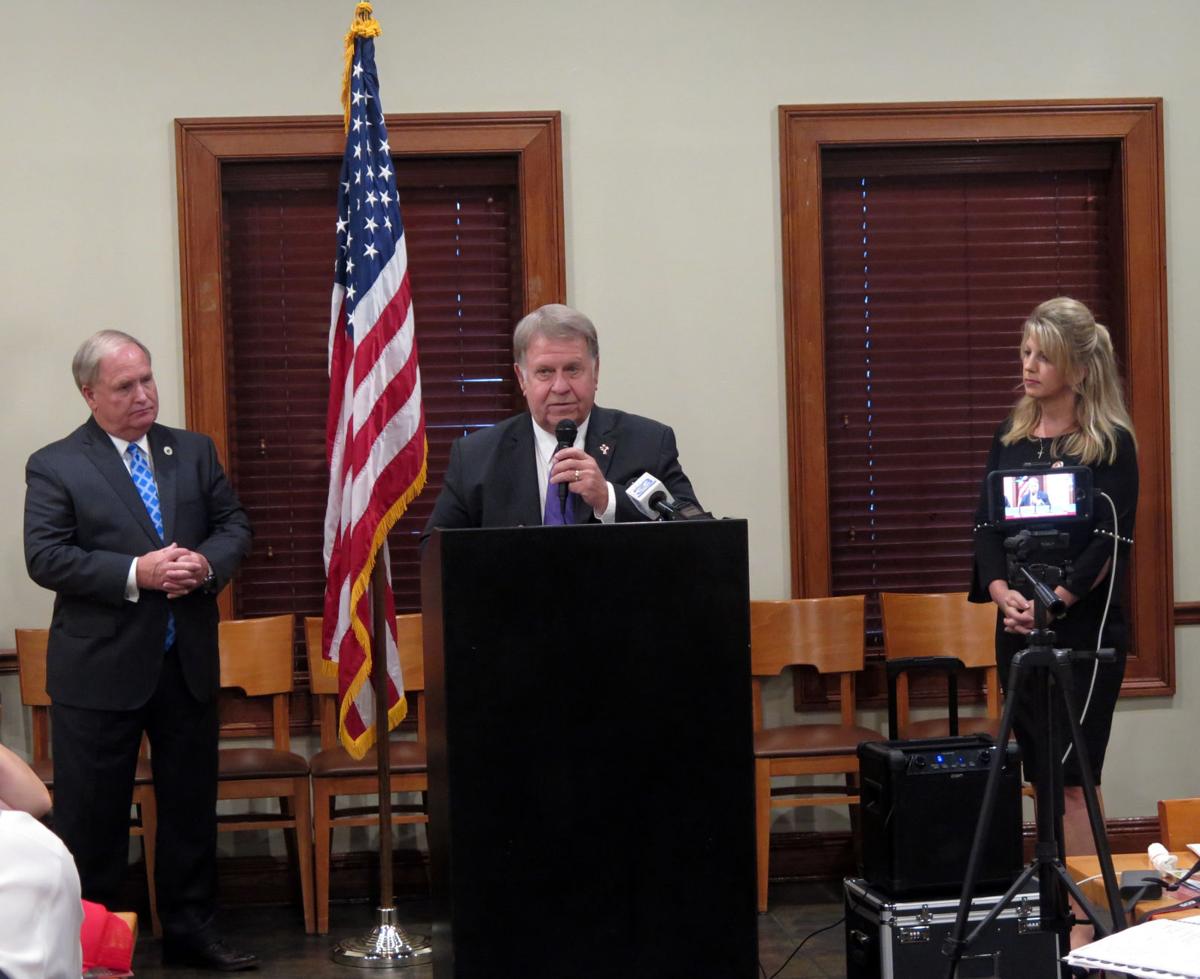 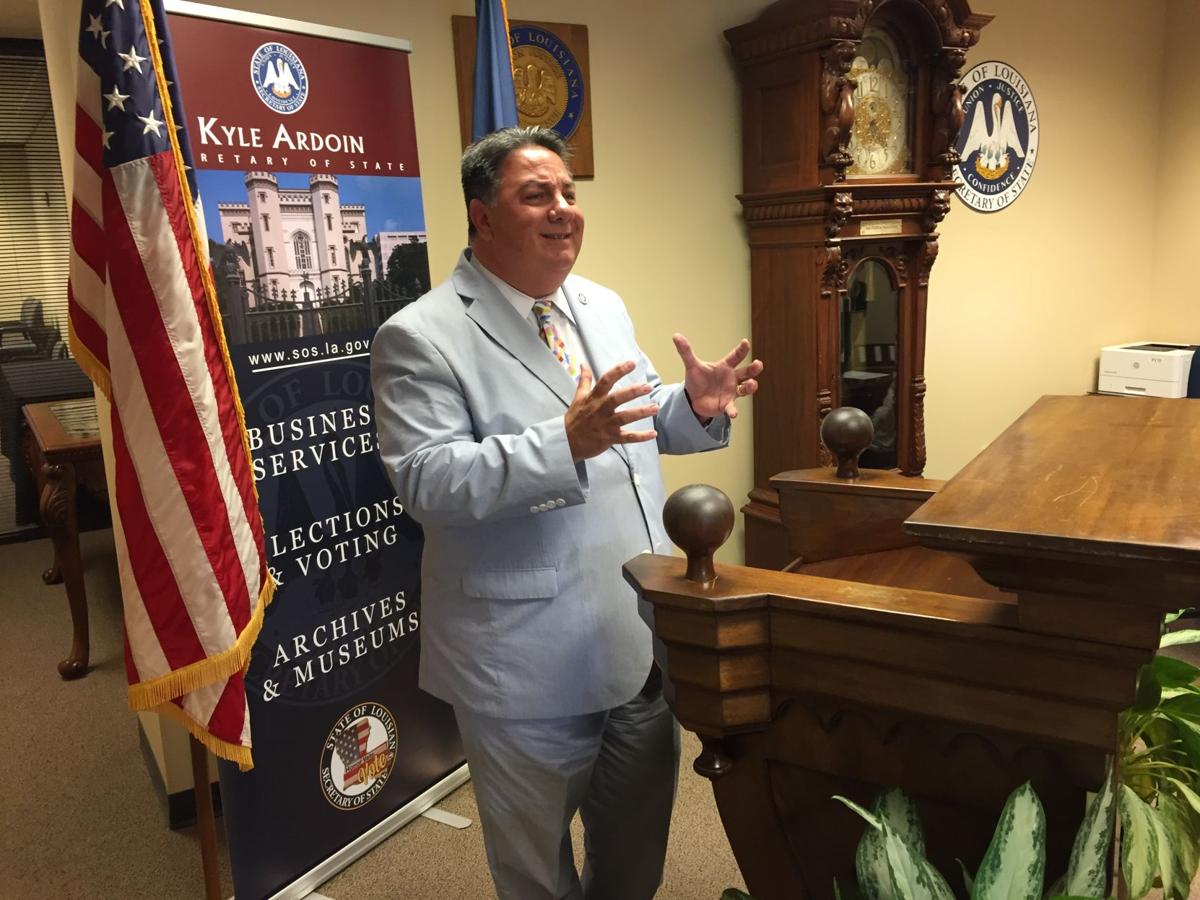 The thought of San Francisco Democrat Nancy Pelosi becoming speaker of the U.S. House “should scare all Americans,” GOP Majority Leader Kevin McCarthy said last week when asked what would happen if the Republicans lost their 23-seat majority in the Nov. 6 election.

From Turkey Head Walmsley to Crooked Hillary, running against someone has always been easier than running on issues.

For better or worse, interim Louisiana Secretary of State Kyle Ardoin has become the target in the only statewide race on the November ballot.

As the office’s top assistant, Ardoin took over after Tom Schedler resigned in May when accused of sexually harassing one of his employees. Six times Ardoin told legislators that he wouldn’t run. He changed his mind 10 minutes before candidate sign-in closed. More technocrat than politician, Ardoin questioned the experience levels of the other candidates.

Third in the gubernatorial line of succession, a secretary of state attracts little attention. Even with all the handwringing over Russian meddling in elections, debate about the technical aspects of computer security flies over the head of most voters, as do detailed conversations about document storage techniques and ideas for streamlining business incorporations.

Unlike the state treasurer, who routinely awards multi-million-dollar contracts, a secretary of state handles little work for the private sector beyond contracting for storage space and purchasing voting machines every couple of decades. It’s the effort to replace 10,000 voting machines — at cost of about $95 million — that has weaponized Ardoin’s opponents.

Candidates vying to be Louisiana secretary of state want to pause the work being done to replace the state's 10,000 voting machines until afte…

Losing bidder Election Systems and Software said Ardoin mishandled the process. That the changes to specifications being complained about were made by Schedler means little. Ardoin is in charge now, and his opponents blame him, including state Rep. Julie Stokes, R-Kenner, the leading money raiser in the race, and Baton Rouge’s Renee Fontenot Free, the leading Democratic candidate. The Office of State Procurement in August suspended negotiations until the protest is settled.

Louisiana is delaying contract negotiations with the winning bidder for the state's voting machine replacement work, while it considers a prot…

“If that’s the experience level we’re talking about, then that hasn’t turned out so well,” Baton Rouge Republican state Rep. Rick Edmonds, one of nine candidates for the post, told a Republican Party of East Baton Rouge Parish luncheon last week.

Secretary of State Kyle Ardoin defended the selection of a vendor to replace Louisiana's years-old voting machines, saying Friday that the eva…

Few, however, are hearing the anti-Ardoin narrative. All the candidates have reported raising only slightly more money, together, than the winner of last fall’s state treasurer race spent alone. The first forums scheduled are in early October. And any commercials will remain on Facebook sites until the final weeks of the race.

That leaves the Republican candidates working the fried fish circuit of GOP clubs. Democrats have the occasional barbecue, but their frequency pales in comparison to the almost daily luncheons thrown by the likes of the Pelican State Pachyderms, the Livingston Parish Republican Women and other GOP clubs across the state.

Former state Sen. A.G. Crowe, R-Pearl River, says he has traveled 10,513 miles over 55 parishes in the past month visiting these events with usually no more than 30 people. These folks are the ones mostly likely to cast ballots and are aware of the issues. But, as Crowe points out, hundreds of thousands of other voters have no clue, and the candidates have little means to inform them.

Added to the narrative difficulty is the fact that prior to Schedler’s resignation, the office’s performance left few people frustrated.

A generation ago, rural sheriff’s deputies fetched favored voters in squad cars and political clubs were given walking-around money on election day. But lately, only five elections included serious allegations of fraud.

One of the handful was the 2014 mayoral election in the Acadiana Village of Turkey Creek, which prompted the ballot’s loser, Republican Heather Cloud, to run for secretary of state, largely because of what she says was Ardoin’s obtuseness. When leveling the complaint that her opponent had paid a handful of mentally handicapped voters, Cloud met with Schedler. Ardoin, who sat in, gets star billing in the retelling. She was told Louisiana has no elections fraud problems.

The flaw in focusing on the “chronic voters” is that they make up only about 14 percent of the electorate. The race also includes reelection attempts by the state’s six U.S. congressmen, only one of whom faces a reasonable challenge. The last time Louisiana staged a congressional contest that didn’t have to rely on presidential or senate contests to churn up turnout was in 2006, when Bobby Jindal was elected to a full term in Congress, and only 29 percent of the registered voters participated.

That could mean a large cadre of voters go to the polls knowing only that Ardoin’s name is on the voting machine and at the top of the ballot.

Amid election fears, Louisiana is one of the last states to use aging machines in 2020

When voters in Louisiana go to the polls during the 2020 presidential election, they will cast their ballots on aging electronic voting machin…