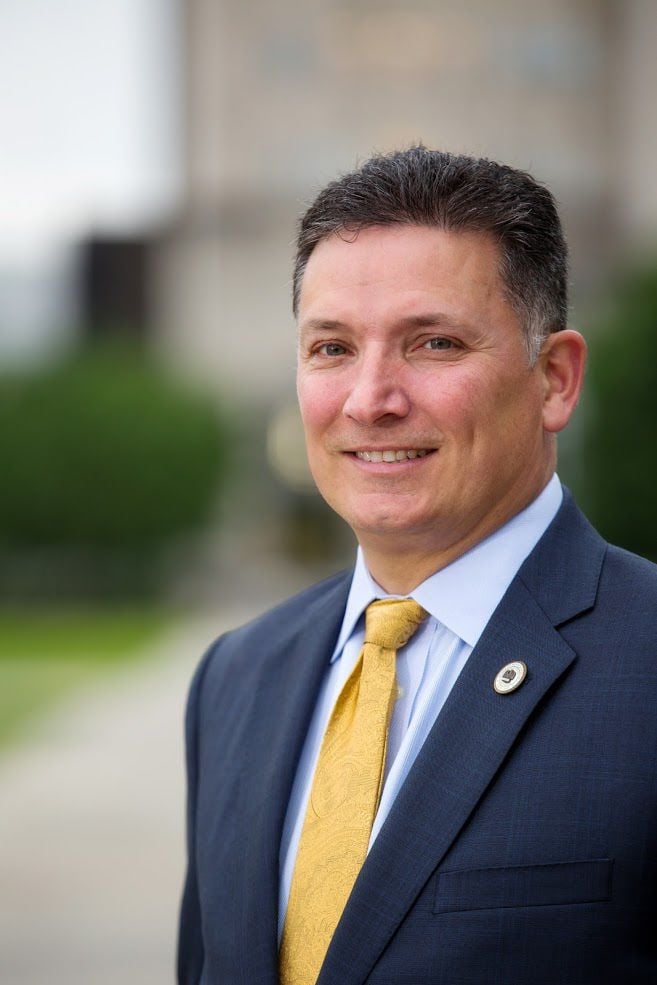 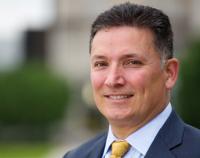 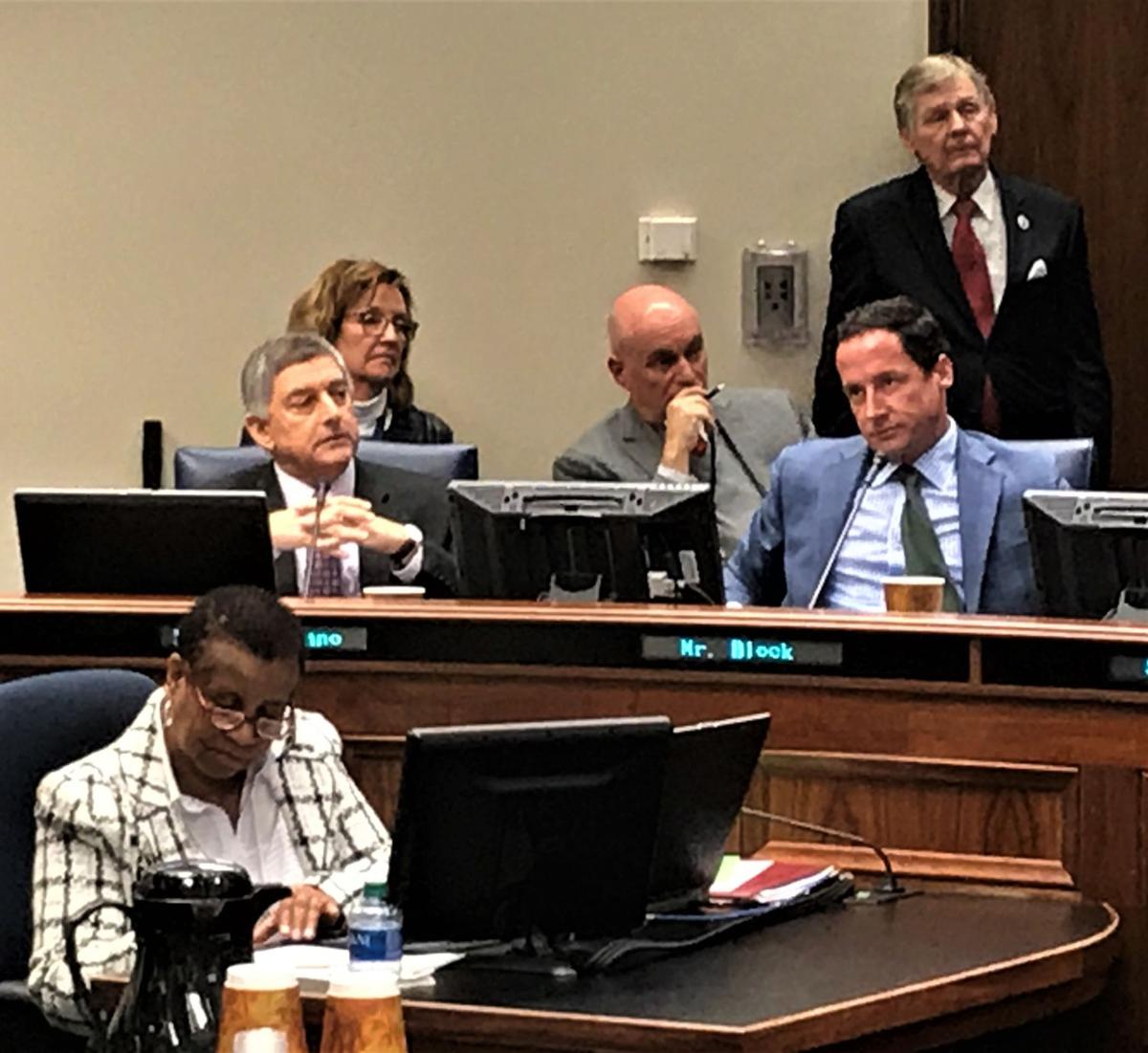 Commissioner of Administration Jay Dardenne and Edwards' administration Executive Counsel Matthew Block during a vote of the State Bond Commission on Thursday, Feb. 20, 2020

Commissioner of Administration Jay Dardenne and Edwards' administration Executive Counsel Matthew Block during a vote of the State Bond Commission on Thursday, Feb. 20, 2020

The State Bond Commission got ink around the world and praise from right-wingers by proclaiming in August 2018 Louisiana would not do business with two of the nation’s largest banks because of their gun policies, which a majority on the panel considered anti-Second Amendment.

A few months later one of the two targeted banks — Bank of America Merrill Lynch — won a bond job from the state.

That happened again March 5 when the other targeted bank — Citigroup Global — bid the lowest interest rate of 2.175% to win the handling of the sale of the $264.6 million 2020 issuance of General Obligation Bond. Last year’s interest rate was 3.22%. That means Louisiana taxpayers will pay tens of millions of dollars less over the life of the loan.

But the awarding of this lucrative state contract came only two weeks after the Bond Commission went out of its way Feb. 20 to again preclude Citigroup from doing business with Louisiana.

The easy answer, however, is the difference between bonds that require competitive bidding and those that can be negotiated. General obligation bonds are used to fund state construction projects, usually found in the annual capital outlay bill. Legally, that work must go to the lowest bidder.

Bank of America, which handles 18% of the state's general obligation bonds, and Citibank, which administers 5%, are two of the largest players in the bond market, which is how governments leverage taxpayer dollars to finance construction projects.

Bonds also are sold on a negotiated basis, as was the case with last year’s GARVEE projects. That bond sale was used to fund another lane, each way, on Interstate 10 in Baton Rouge and a dedicated lane from the I-10 into the Louis Armstrong New Orleans International Airport.

“In a negotiated sale, the state decides who can best represent its interests. Citibank was one of seven banks excluded from the pool,” Treasurer John Schroder’s office explained.

Though usually noted, it’s a distinction lost when proponents focus their arguments on protecting 2nd Amendment rights by excluding banks with policies that fetter their retail and manufacturing clients from selling guns to some consumers.

Attorney General Jeff Landry wouldn’t come to the phone, but issued a statement Thursday, through his press office, blaming The Advocate, with which he has been feuding because of reporting about a company he owns that imports foreigners to work on Louisiana projects. “Until they (The Advocate) can comprehend basic financial transactions and representations, the only thing I can say is that I will continue to protect the people of Louisiana's 2nd Amendment rights from liberal interests like this paper,” said Landry, a member of the Bond Commission.

Treasurer Schroder, who chairs the Bond Commission, also refused to discuss the issue personally, but his press office sent definitions of competitive and negotiated sales. “By law, anybody can bid and we take the lowest bidder, no matter who the bank is,” Schroder was reported in The Advocate as saying prior to the general obligation bond bids arriving on March 5.

Commissioner of Administration Jay Dardenne said in an interview last week that Schroder and Landry have taken an inconsistent position by banning banks from some state business because of political positions while including them for others.

“They gave the state the best deal,” said Dardenne, also a member of the Bond Commission. “It stands to reason they would be competitive with other issuances as well. The Bond Commission’s job is to get the best rate, to save taxpayers money.”

He’s more concerned, however, about the use of staffers to grade the proposals in a way that kept Citigroup from qualifying in February for the underwriters’ pool to handle negotiated bonds. Bank of America didn’t submit a proposal.

In an continuation of last year’s battle over the state doing business with banks that have gun control policies, the Bond Commission Thursday…

Graders for the treasurer, the attorney general and the speaker of the House — all three of whom voted to not hire Citigroup and Bank of America because of gun policies — gave Citigroup across the board grades of 0, 1, or 3 for categories such as “relevant experience,” “track record” and “previous services to the state,” according to the grading sheets. No mention of political policies was included on the grading sheets.

Those scores were added to the relatively high grades awarded by the Division of Administration, Senate president, and Department of Transportation & Development.

When averaged out, Citigroup came in ninth with a total score of 55.00. The number eight proposal was graded at 55.19 total. The majority on the Bond Commission drew the line at eight proposals, leaving Citigroup out of the pool.

“It was a blatant, a clear attempt to use staffers to achieve a political statement,” Dardenne said.