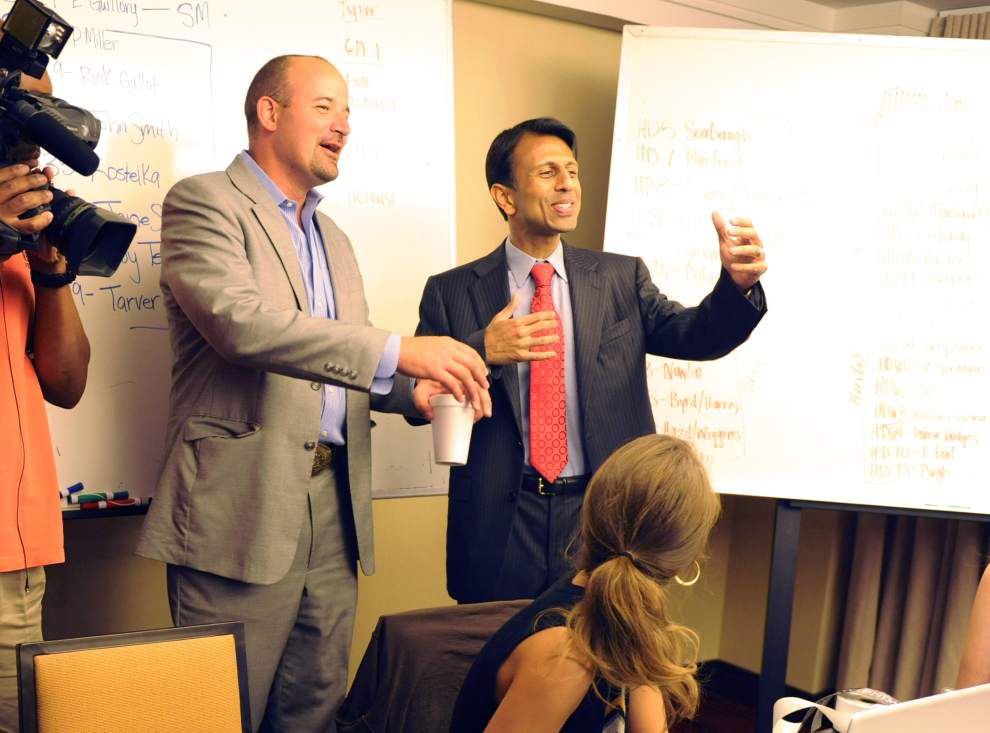 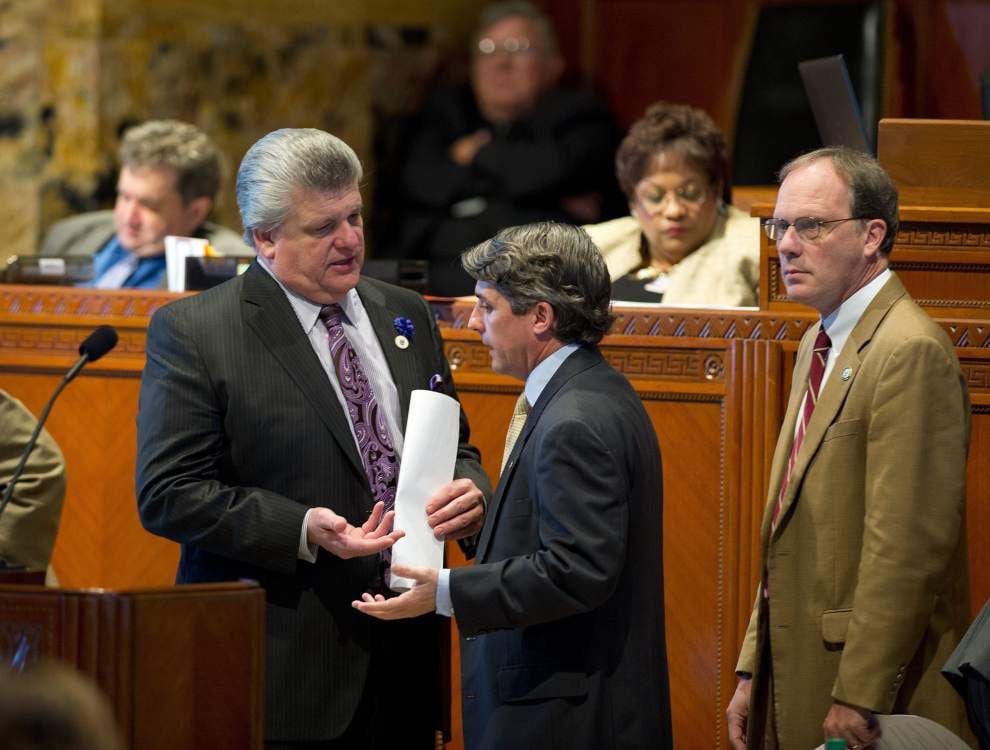 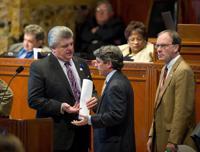 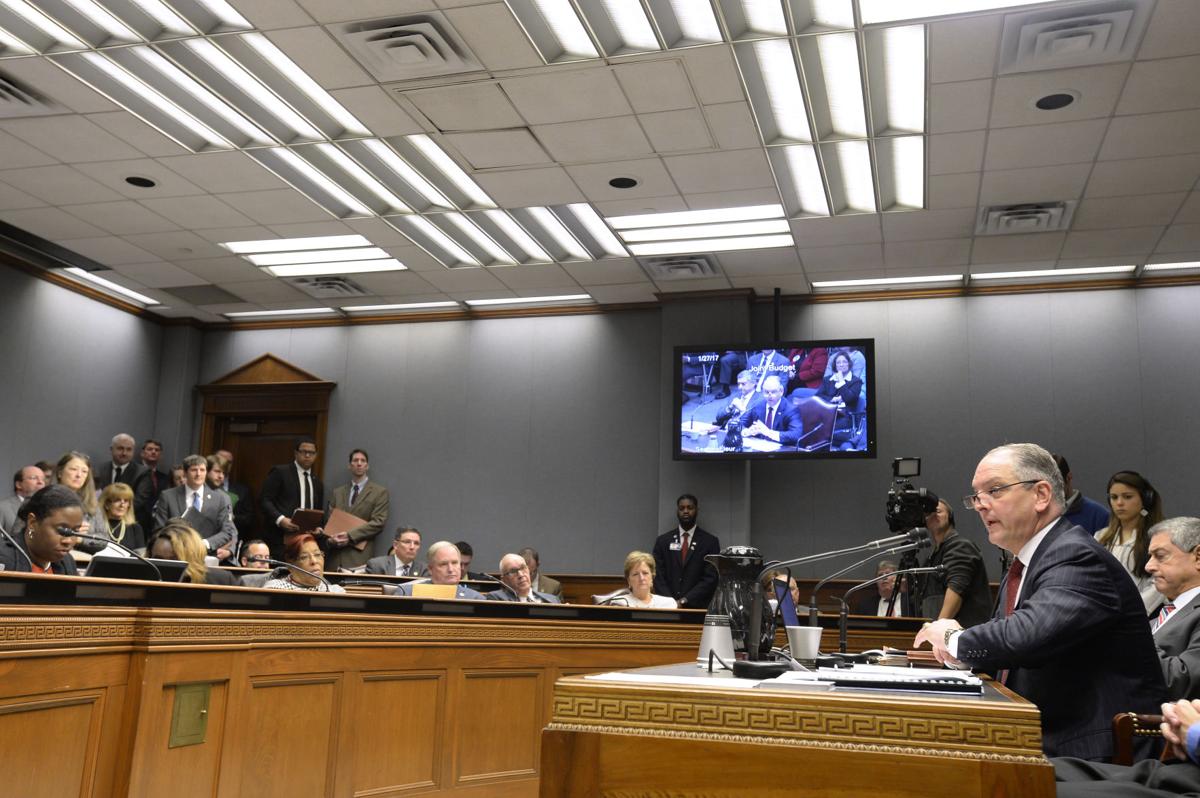 Gov. John Bel Edwards speaks before the Joint Legislative Committee on the Budget before his plan was presented to address the $304 million budget deficit for the current year, Friday, Jan. 27, 2017 at the State Capitol.

Gov. John Bel Edwards speaks before the Joint Legislative Committee on the Budget before his plan was presented to address the $304 million budget deficit for the current year, Friday, Jan. 27, 2017 at the State Capitol.

Two years ago Bobby Jindal was master of the universe — well, of Louisiana anyway.

These days Jindal’s name curls off the lips of many as the ultimate curse and put-down.

That’ll certainly be the case tomorrow when the Legislature convenes again to stitch together some sort of plan that legally satisfies the constitutional requirement that Louisiana balance its spending with the money available. It’s the 15th mid-year budget deficit since 2009.

When Louisiana legislators meet next week, it will be to solve the state's 15th mid-year bud…

Sixty percent of Louisiana residents blame Republican Jindal personally for the state’s fiscal mess, according to a University of New Orleans poll released Thursday, which also suggests that his guilt is a bridge over otherwise polarized racial and partisan divides.

State Rep. Cameron Henry, a Republican business consultant from Metairie and leader in the fiscal hawks who now chairs the House Appropriations Committee, told The Lens in 2013: “It’s not fiscally responsible to spend one-time money on recurring expenses.”

Republican House Majority Leader Lance Harris, an Alexandria businessman and member of the fiscal hawks, said in 2013: “As it stands right now, by using one-time money, contingencies, and nonrecurring revenues to pay for recurring expenses, you never really do gauge how much money it actually is going to take on an annual basis.”

The theme was central in the 2015 gubernatorial campaigns of not only Edwards but Republican aspirants Jay Dardenne, David Vitter and Scott Angelle, all of whom said the budget is structurally unstable and Jindal’s manipulations led to repeated deficits that scared the business community.

If the point in time could be fixed when Jindal went from luminous to loup garou, it probably would have been his bid for president. The “Blame Bobby” narrative took hold while Jindal’s PR machine was focused elsewhere, said Timmy Teepell, Jindal’s message meister.

“It was one of the casualties of Bobby running for president,” he said in an interview last week. “It’s all politics, I get that. But it’s a false narrative.”

Nowadays, Jindal putters around his $817,500 house in Baton Rouge’s tony University Club, driving a little too fast, some neighbors say, along the gated community’s streets. But Jindal continues his self-imposed silence on his successor’s work.

Teepell, however, has grown weary of his friend and former boss constantly and conveniently being painted as the picture of incompetence — particularly given the culpability of lawmakers, including Edwards, Harris and Henry at times.

Edwards approved five of Jindal’s eight budgets, while Henry voted for half of them. Harris only once opposed Jindal.

Teepell argued that one-time money is a misnomer. The money comes from various statutory dedications after spending what is legally required, or from settlements of lawsuits involving the state. These dollars have been used to balance budgets for years, he said.

“It sounds bad, but it’s not an accurate label. These aren’t savings accounts. It’s government money, left over, that should be put into use for the people,” Teepell said. “Every year there are settlements; there are extra funds in the dedications. It’s recurring, if you will, every year."

Balancing spending promises with available revenue is messy business, Teepell said, adding, “Bobby had a higher comfort level with reducing the size of government than the Legislature did."

Philosophically, Jindal felt that the economy would grow if the size of government was reduced and no new taxes were added. He began negotiations from that position to balance the wants of legislators whose approval he needed for the budget at the time, Teepell said, adding “A lot of cuts were removed (from the budget) and replaced with one-time money.”

Now Edwards needs to close a $304 million gap. He proposes legislators use about $240 million from various reserve funds or delayed spending — money that won’t be available next year — in order to limit cuts to services to about $60 million.

“He’s following a plan similar to what he criticized so heavily before,” Henry said last week. “A lot of us served with him and expected something different as it relates to his handling of the budget, instead of something that mirrors so closely what the previous administration did.”

“Anyways,” Teepell said, “I guess what Gov. Edwards seems to have discovered is that governors and legislators have been using one-time money for years.”

The budget challenges facing the state of Louisiana are not new, but there are very real consequences to the decisions leaders make to solve o…

The Rundown is back! Everything you need to know as special session begins at 6:30 p.m.

Welcome to the relaunch of The Rundown, a daily dose of the biggest news and headlines surrounding Louisiana politics.