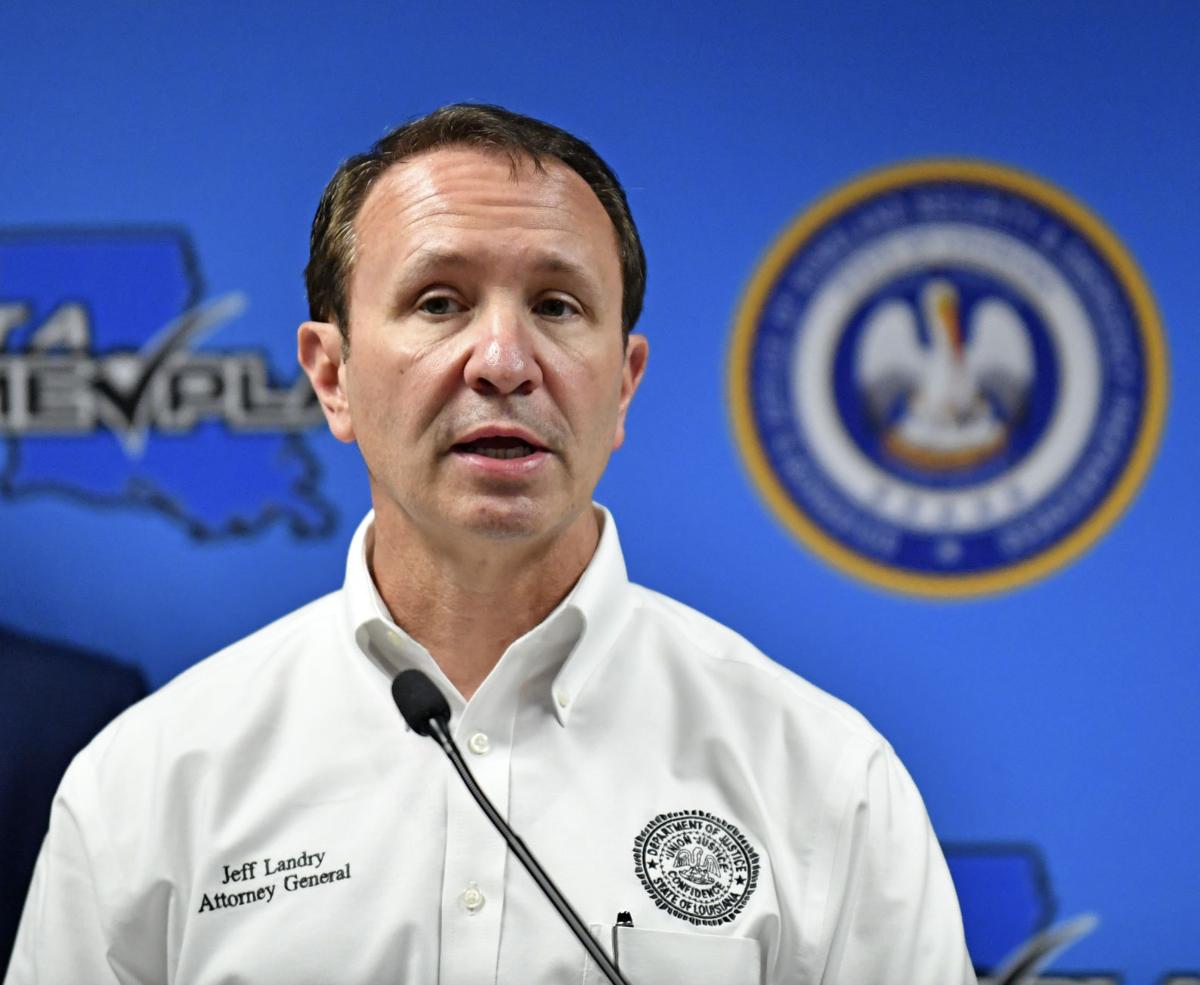 Louisiana Attorney General Jeff Landry speaks at a press conference regarding updates to coronavirus in the state, Wednesday, March 18, 2020, in Baton Rouge, La. 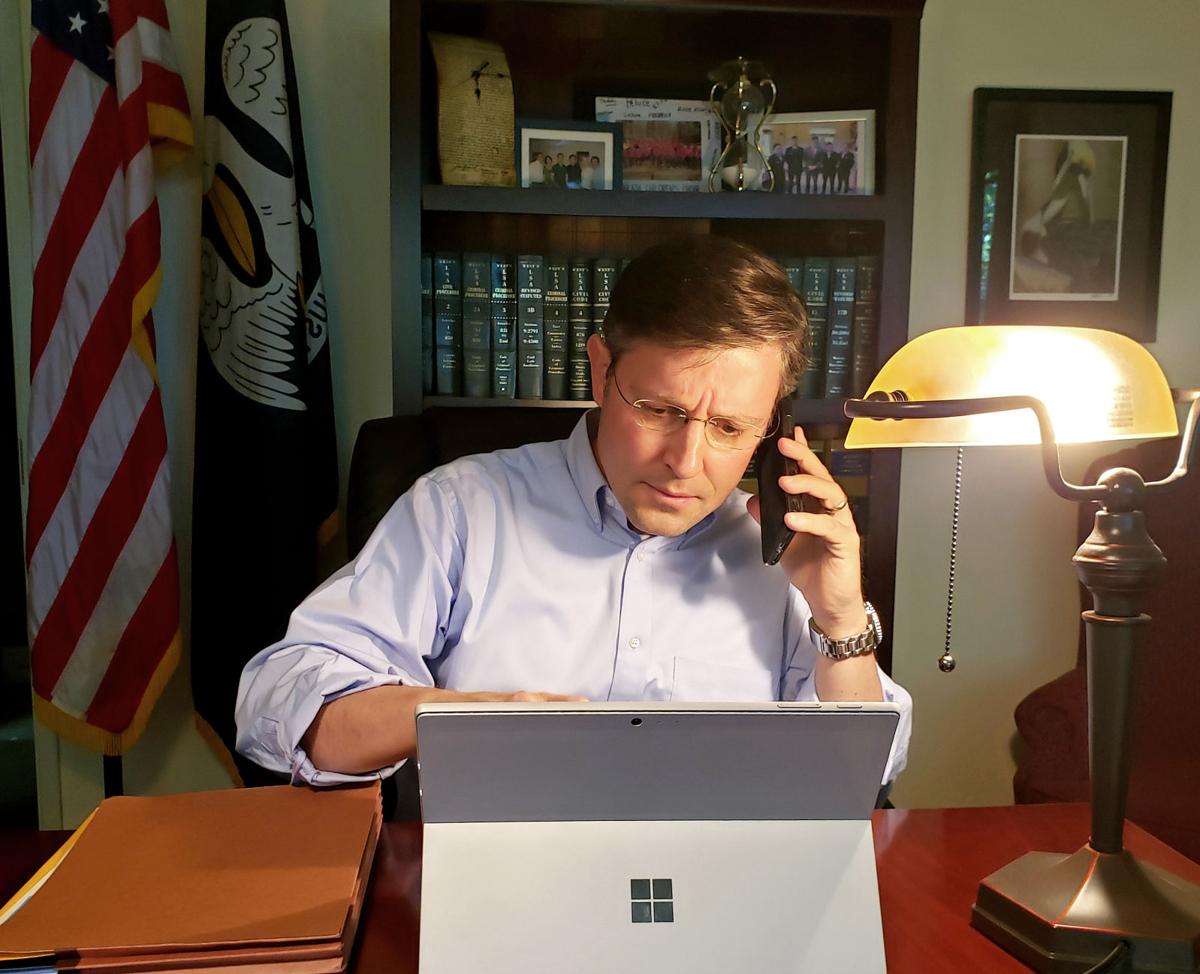 During the pandemic, U.S. Rep. Mike Johnson has been working remotely from what he calls a "finished attic" above his garage in Benton in Bossier Parish.

Louisiana Attorney General Jeff Landry speaks at a press conference regarding updates to coronavirus in the state, Wednesday, March 18, 2020, in Baton Rouge, La.

During the pandemic, U.S. Rep. Mike Johnson has been working remotely from what he calls a "finished attic" above his garage in Benton in Bossier Parish.

Imagine what Attorney General Jeff Landry would say if a bunch of blue states asked the U.S. Supreme Court to invalidate the results of a Louisiana election won by a Republican. And imagine how loudly he’d say it.

Landry, of course, would shout his objection to such an affront from the rooftops — and he’d be right.

But with the shoe on the other foot, he did the exact opposite; Landry signed Louisiana up to support a sham lawsuit out of Texas that sought to overturn the voters’ will in Pennsylvania, Wisconsin, Georgia and Michigan, all swing states where President-elect Joe Biden beat President Donald Trump.

This was entirely predictable. The suit by Texas A.G. Ken Paxton, which won formal support from 17 other GOP attorneys general and a request to intervene from Louisiana and five other states (in a filing so amateurish that the state’s name was misspelled) was just the sort of grand partisan gesture that Landry loves — even if it was based on arguments that were even more tenuous than his past ill-advised legal crusades. In effect, the Republican lawyers set out to disenfranchise millions of voters based only on vague, trumped-up innuendo about the possibility of fraud.

Landry ridiculously claimed that he was “fighting for election integrity.” Pennsylvania’s written response to the suit called it a “seditious abuse of the judicial process,” which is more like it.

Landry’s not the only Louisiana politician who was in on this. U.S. Rep. Mike Johnson, R-Bossier City, who frequently refers to himself as a constitutional law attorney, emailed every other House Republican asking them to back the suit (Louisianans Steve Scalise, Clay Higgins and Ralph Abraham did) and noting that Trump was "anxiously awaiting the final list.”

Which was entirely the point of this offensive exercise: to give aid and comfort to — or to avoid the wrath of — a president who refuses to admit that he lost fair and square.

Thankfully, governors and election officials from both parties in the targeted states have affirmed that to be the case, after checking and checking again. So have a slew of judges — Democrats, Republicans, and, yes, Trump appointees. A few high-profile Republicans raised questions, including one of the Paxton’s predecessors in the A.G.’s office, Texas U.S. Sen. John Cornyn.

And Friday afternoon, the high court took the only logical path and refused to hear the matter, putting an end to the legal drama.

That doesn't mean any harm was done by those in power who participated, and who may well continue to insist that Trump was somehow cheated as long as he does.

The rhetoric itself is corrosive, to democracy and public trust. And it undermines the very rule of law that Landry and his peers are sworn to uphold.

This editorial has been updated to reflect the U.S. Supreme Court's rejection of the Texas lawsuit.