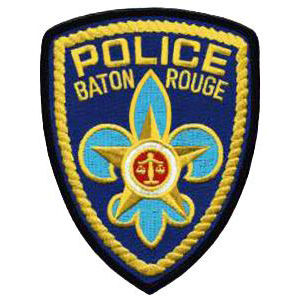 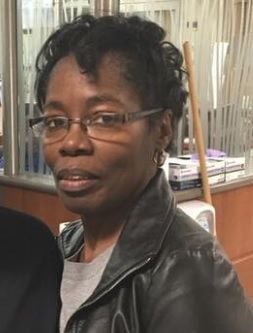 In an age of surveillance cameras and smart phone video, many of us witness the work that police do through recordings circulated after the fact. It’s a medium that can make us feel like passive spectators detached from the dangers that law enforcement officers face.

But Vickie Williams-Tillman was anything but passive early Sunday morning when she spotted a Baton Rouge police officer struggling with a man suspected of using illegal drugs. Sensing that the officer, Corporal Billy Aime, was in trouble, 56-year-old Williams-Tillman stopped her car and did what she could to help subdue the suspect, jumping on his back.

Vickie Williams-Tillman was on her way to Sam's Club and Walmart early Sunday morning, listening to gospel music, when she noticed a police officer struggling with a man on the side of Harry Drive. She rolled down her window to ask if the officer needed help, but she couldn't hear him respond. She did, however, lock eyes with him.  "I could see in his eyes he needed help," said Williams-Tillman. "You don't have time to think about it … I did what God needed me to do."

The suspect, 28-year-old Thomas Bennett of Albany, had grabbed Aime's baton and used it to repeatedly strike the lawman on his head. Bennett had also grabbed Aime's flashlight and radio and tried to take the officer’s gun. Without Williams-Tillman’s help, things might have gotten worse.

A second officer eventually arrived and helped take Bennett into custody. Bennett, Williams-Tillman and Aime were all treated for minor injuries and released from the hospital by Sunday evening. Williams-Tillman, who was driving to the store when she saw the officer in trouble, injured her wrist in the fracas. “I did what God needed me to do,” said Williams-Tillman, who’s being lauded as a hero by the police department, Baton Rouge Mayor-President Sharon Weston- Broome, and many others.

Last summer was rough for Baton Rouge law enforcement officers and the community they serve. That grim season included a controversial police shooting of an armed man outside a local convenience store and a subsequent mass shooting of six lawmen, killing three of them.

Williams-Tillman’s heroism is a timely reminder that whatever their differences, police and civilians share a common interest in keeping the streets safe.

A middle-aged woman who spotted trouble risked her life to answer it, even though she could have followed the lead of other motorists and kept on driving.

If choices define character, then Vickie Williams-Tillman has shown us what she’s made of.

'Hero? You bet you are!' Good Samaritan hailed for helping BRPD officer under attack