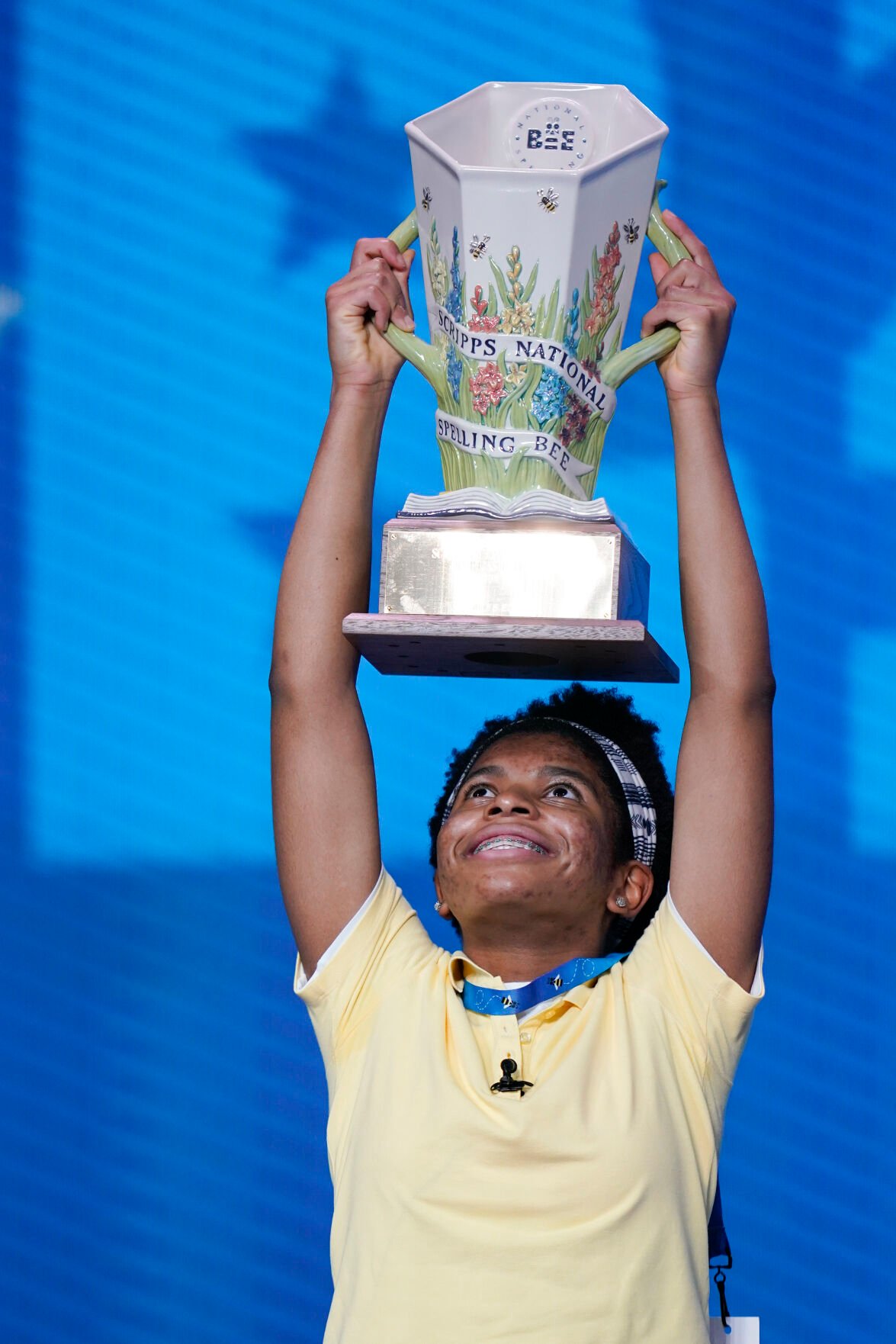 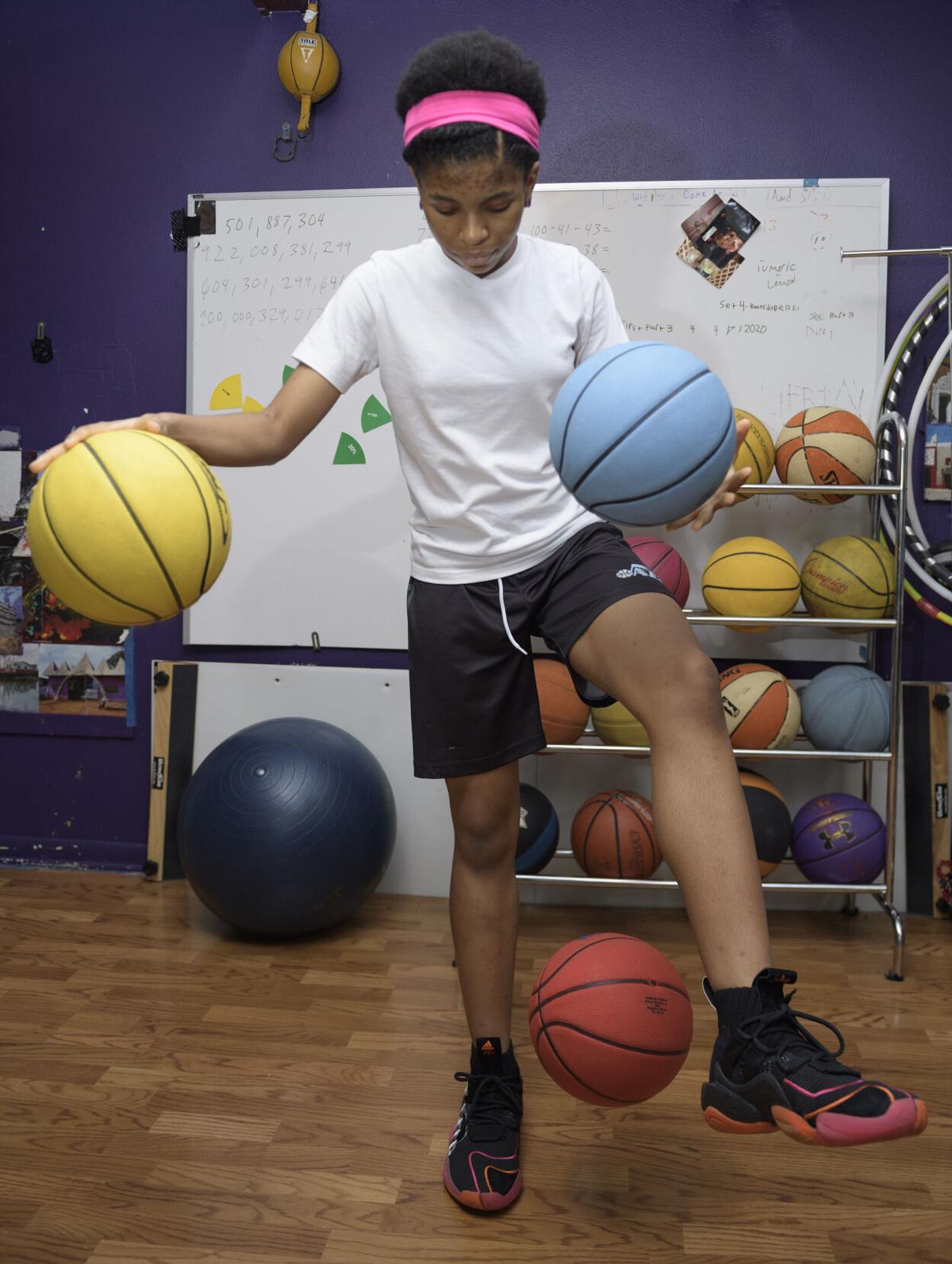 Zaila Avant-garde demonstrates how she can basketball bounce juggle, for which she holds the Guinness World Record, at her home in Harvey, La. Monday, Aug. 24, 2020. Zailia also the first ever Kaplan Virtual Spelling Bee winner. (Photo by Max Becherer, NOLA.com, The Times-Picayune | The New Orleans Advocate)

Zaila Avant-garde demonstrates how she can basketball bounce juggle, for which she holds the Guinness World Record, at her home in Harvey, La. Monday, Aug. 24, 2020. Zailia also the first ever Kaplan Virtual Spelling Bee winner. (Photo by Max Becherer, NOLA.com, The Times-Picayune | The New Orleans Advocate)

It’s a dispiriting time in Louisiana to root for the home team. Sure, NBA fans can cheer their pick of former Hornets and Pelicans in the NBA finals, Chris Paul and coach Monty Williams for the Phoenix Suns or Jrue Holiday for the Milwaukee Bucks, but it stings that Zion Williamson & Co. are at home watching, too. And while hope springs eternal for the Saints, Drew Brees’ well-earned retirement ended dreams of a second Super Bowl for the best player to ever don the black and gold.

Happily, there’s a new Louisiana champ on the scene, and she’s taking the country by storm.

The home-schooled Harvey 14-year-old burst onto the front pages last week when she became Louisiana’s first winner of the 2021 Scripps National Spelling Bee, and also the bee’s first African American winner. She did in style, calmly spelling out the word murraya — that’s a genus of tropical Asiatic and Australian trees having pinnate leaves and flowers with imbricated petals — after cracking a joke about how the word reminded her of comedian Bill Murray. She greeted her victory with a charming teenage grin and a delighted, jumping twirl.

Zaila’s story, it turns out, gets better the more you know. She’s not just a wiz with words, but also a basketball prodigy, the holder of three Guinness World Records for her ball-handling skills and the veteran of a commercial with NBA star Steph Curry (his tweeted-out message to her: “keep changing the game Zaila!!!!!”) Spelling, she said, is a secondary and somewhat recent passion, although one on which she put in seven hours a day going over 13,000 words to prepare.

"We don't let it go way too overboard, of course. I've got school and basketball to do," she said.

News of her triumph drew accolades from all over, including congratulations from first lady Jill Biden, who was there, and tweets from Vice President Kamala Harris and Gov. John Bel Edwards. Jefferson Parish President Cynthia Lee Sheng said Zaila made Jefferson Parish proud, and LaToya Cantrell, mayor of adjacent New Orleans, got in on the praise too; “Talk about #blackgirlmagic,” she tweeted.

LeBron James chimed in to declare Zaila “a queen,” and Pelicans VP of basketball operations Swin Cash, a former WNBA star, invited her to lunch or dinner. LSU President William F. Tate IV, in one of his first official acts on the job, offered her a full scholarship when the time comes. So did Southern and the Louisiana Community and Technical College System.

That wasn’t all. While hosting the 2021 ESPY Awards, another local who hit it big, actor Anthony Mackie, prepared to give a shout out to his favorite New Orleans athlete. Then came the punchline: "Sorry Drew Brees, you're old news,” he said, before noting that Zaila was in the house.

“Look, this kid can do anything, man,” Mackie said. “She can hit a step back like Luka Dončić (the Slovenian-born Dallas Mavericks guard), and then spell Luka Dončić right the first time.“ (For the record, we had to look it up).

We’re guessing No. 9 wasn’t too offended. Brees, after all, knows all about putting in the work, refusing to be pigeonholed, and being not just a star but also a role model.

Besides, after the spelling bee, he too was part of the cheering section.

“What an incredible accomplishment!” Brees tweeted out.

Couldn’t have said it better ourselves.