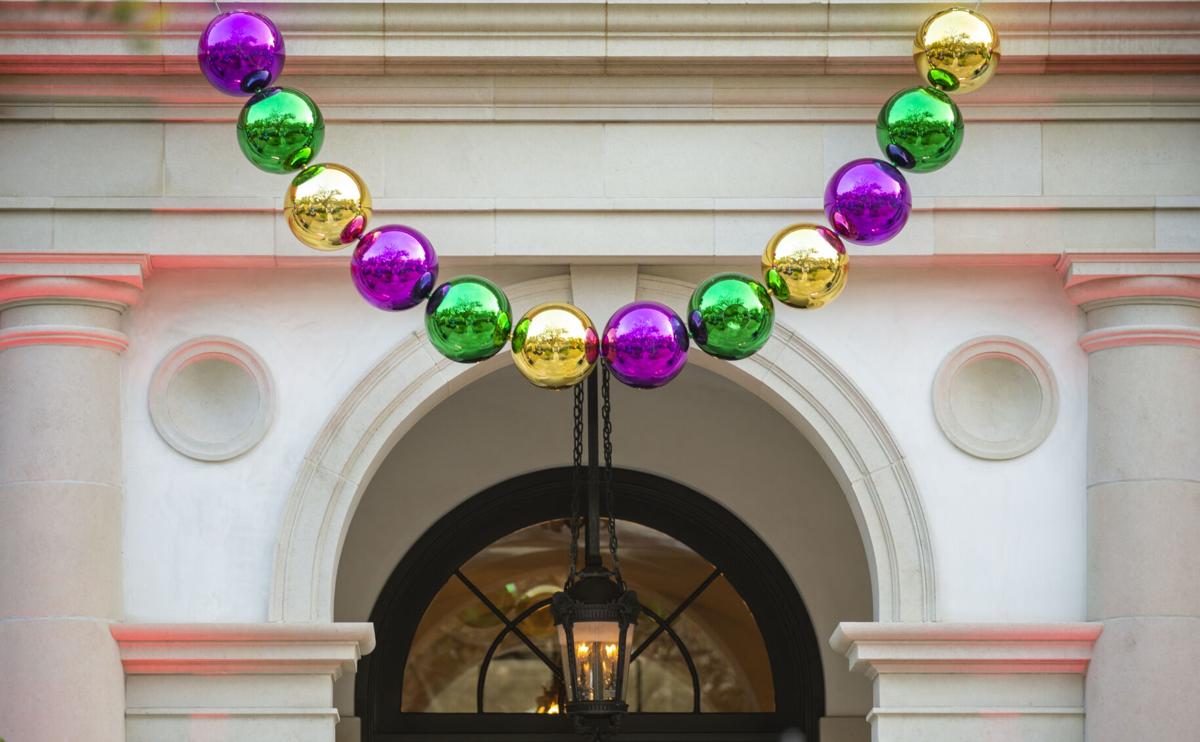 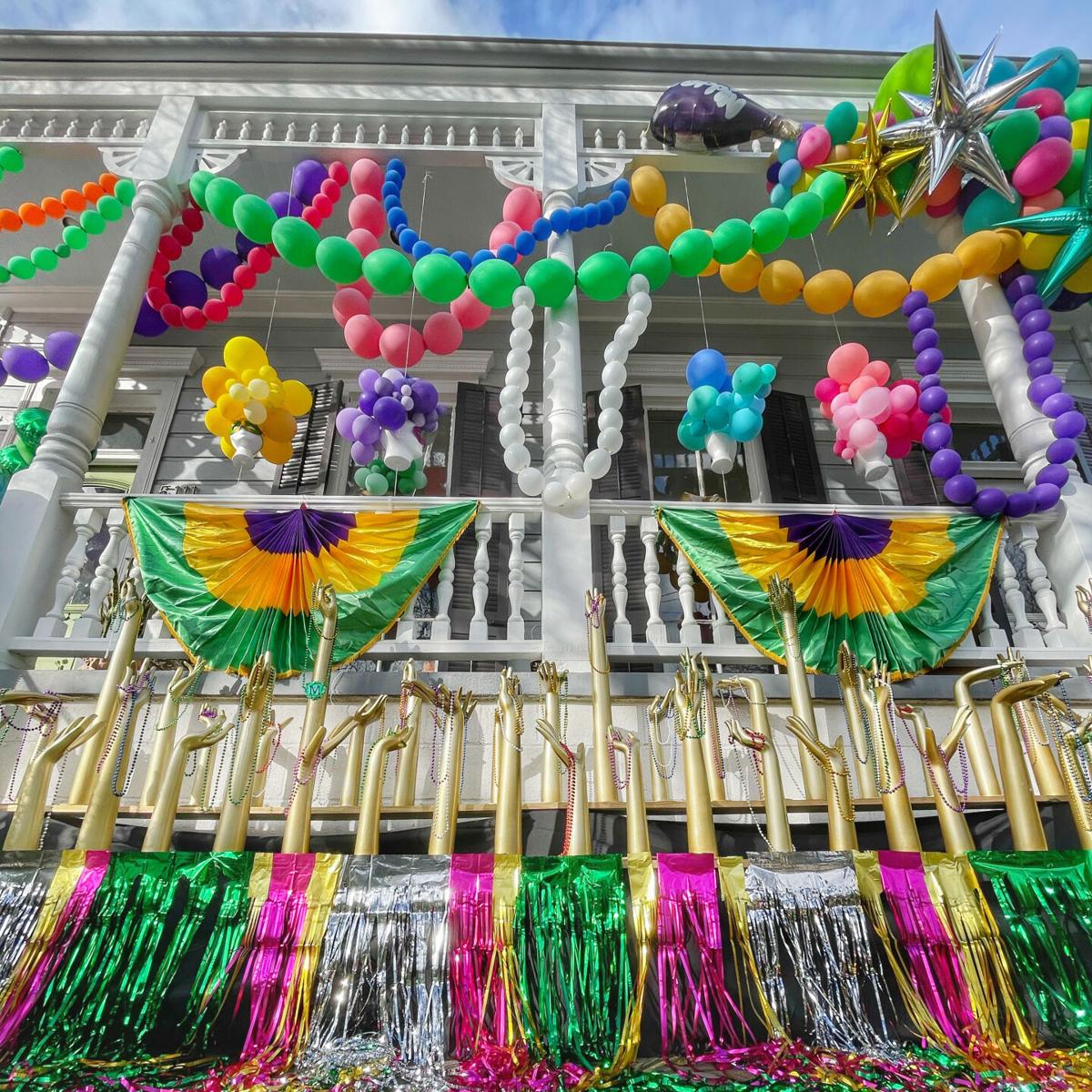 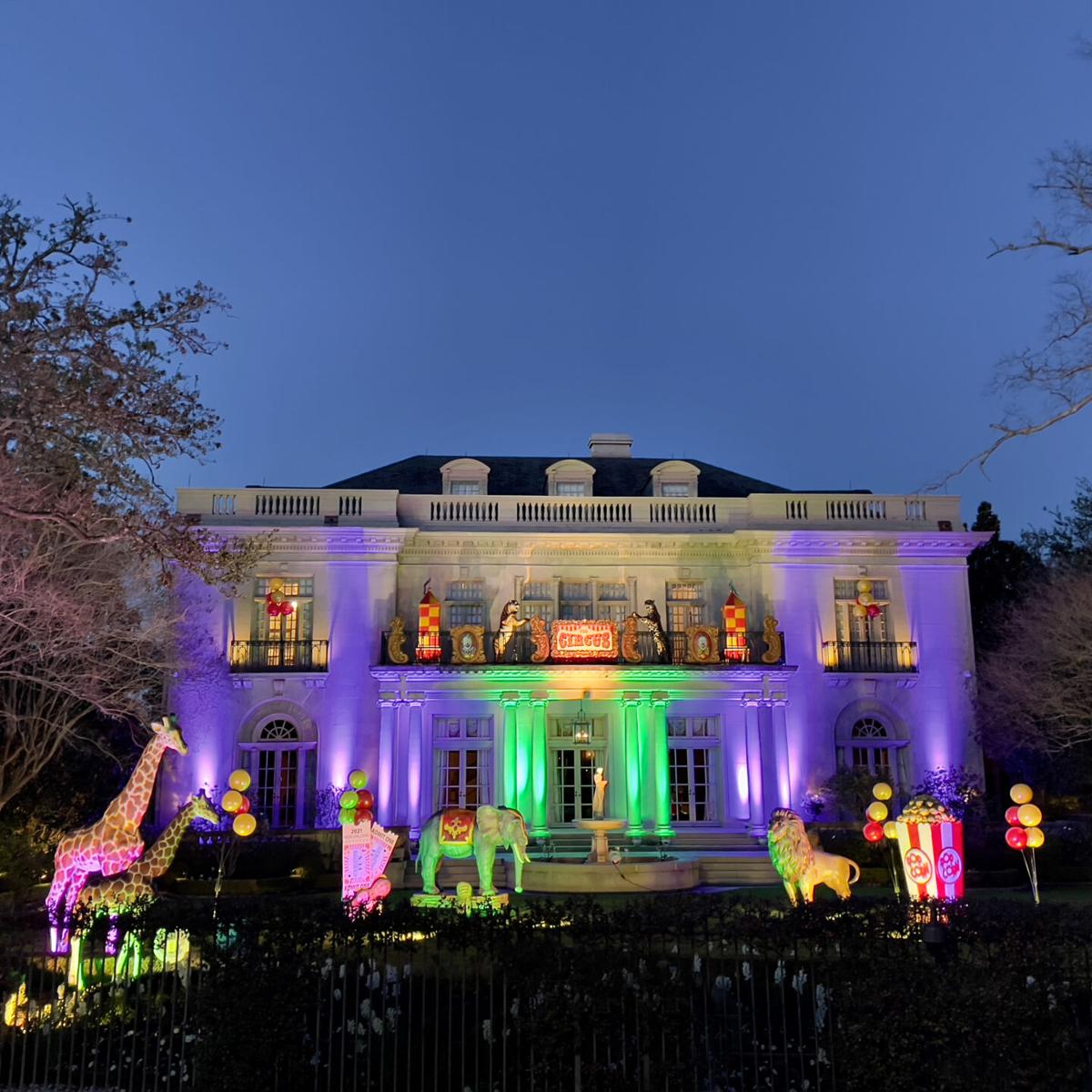 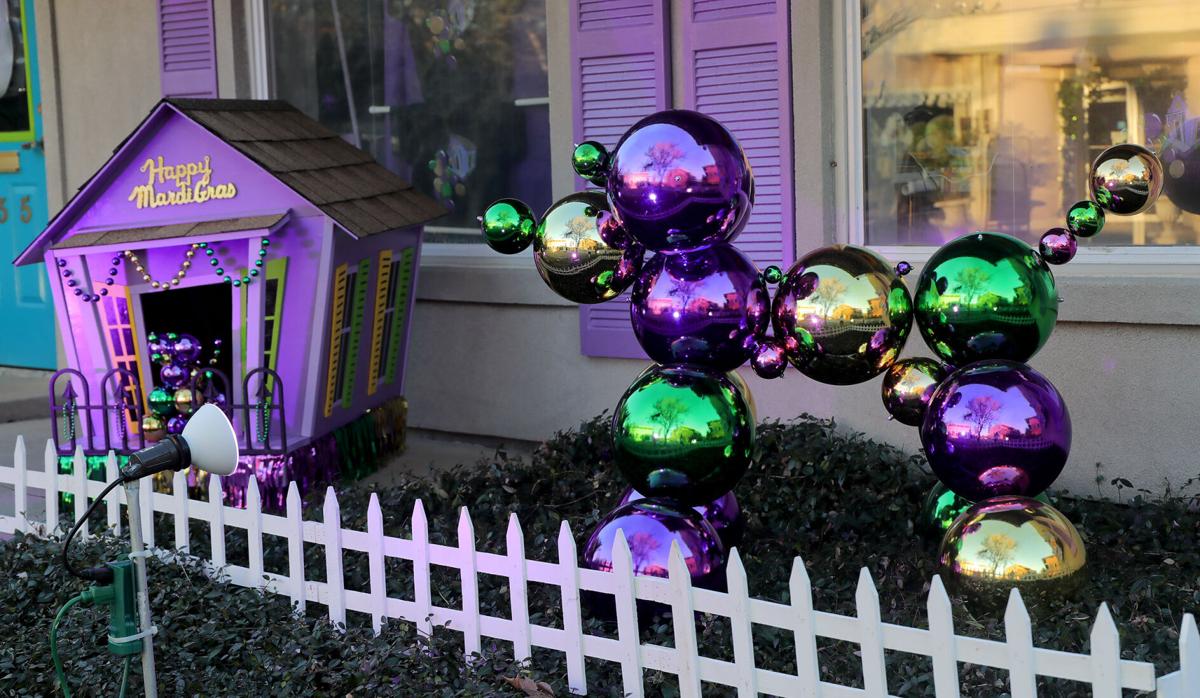 Mardi Gras Bead Dog House on 335 N. Florida St. in Covington Homes throughout St Tammany are being decorated in Mardi Gras decor since the parades have been canceled in Covington, La., Tuesday, Feb. 2, 2021.

Mardi Gras Bead Dog House on 335 N. Florida St. in Covington Homes throughout St Tammany are being decorated in Mardi Gras decor since the parades have been canceled in Covington, La., Tuesday, Feb. 2, 2021.

A year ago, talk of “flattening the curve,” and “social distancing” would have been met with blank stares, Zoom was just another teleconferencing app, and masking at Carnival time had nothing to do with public health.

Times change. And so, as always, does Mardi Gras.

Or, this year, make that Quarnival. Or Yardi Gras. Or parading in place. Whatever you call it, it’s a season like no other.

That’s doesn’t mean there’s no way to safely celebrate. New Orleanians, Louisianans and sympathetic souls around the country and even the world have figured out how to temper the disappointment of canceled parades and parties by inventing a pandemic-friendly form of festivity. And, while they’re at it, they’re supporting the people who work in a corner of the economy decimated by the loss of a year’s worth of usual work.

The “house floats” phenomenon began as a tongue-in-cheek idea by Megan Boudreaux to bring a little joy to her Algiers Point neighborhood. It clicked — really, why wouldn’t it? — and overnight spawned a movement. Soon, house floats were popping up all over the city, the suburbs, Spanish Town in Baton Rouge, and points far beyond.

How far? Try Luxembourg, where the house float titled “Mardi Gras in Exile: Do Whatcha Wanna” is listed on the official Krewe of House Floats map. Or Abu Dhabi, where you’ll find the “Flat of the Masked Camels.”

Like the Mardi Gras we know and love, there’s an “all in” element to the new movement. Some house floats are lovingly handmade, with themes ranging from the humorous to the decorative to the whimsical. Some honor beloved celebrities or skewer hated politicians, or pay tribute to parading krewes such as Muses, Zulu and Tucks. Some are big, showy and expensive, like the spectacular row of house floats along St. Charles Avenue depicting dinosaurs, circus animals and famous New Orleans musicians, built by Kern Studios and other established industry players who’ve been able to minimize layoffs.

Restaurants and storefront businesses have jumped on board. And the public-service minded Krewe of Red Beans, which has spent the pandemic running feeding programs, joined with a float builder to launch its “Hire a Mardi Gras Artist” program. It builds out elaborate house floats, some commissioned and some crowd-funded so that donors at all levels and in every part of town might be randomly chosen to have their homes turned into showpieces.

So on this cold, quiet Mardi Gras, revelers can mask up (mouths and noses covered please), take self-guided, socially distanced tours, get their fill and whet their appetites.

Because the phenomenon has become so popular that people are already talking about doing it again next year, even once the normal rituals (hopefully) return. That’s the magic of Mardi Gras: Old traditions are treasured, but new ones are always coming along too.

This year of all years, that’s something worth celebrating.