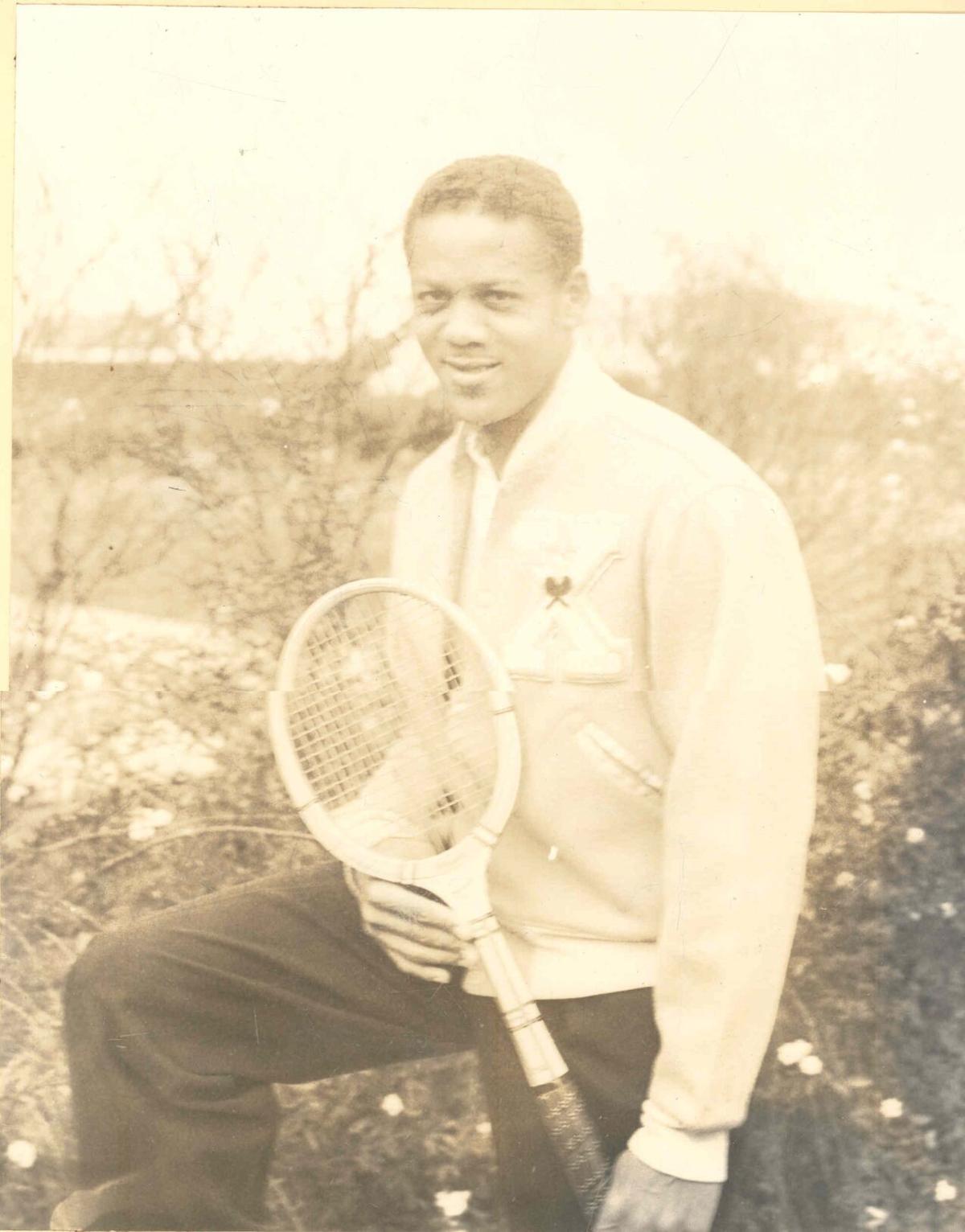 Advocate staff photo by BILL FEIG -- The Xavier Women's Tennis Team is honored for their season on the last day of the legislative session.

Advocate staff photo by BILL FEIG -- The Xavier Women's Tennis Team is honored for their season on the last day of the legislative session.

Jimmie McDaniel broke barriers. He got some attention, but considering what he did, it is rather surprising that his name is not known better.

“More than 80 years ago McDaniel played what is believed to have been the first interracial tennis match, against the world champion, Don Budge,” The New York Times wrote in an early February story about the man who started his tennis career at Xavier University of Louisiana. He attended Xavier from 1938-1941.

A prominent and much-read Black newspaper at the time, The Amsterdam News, called it “the most important sports and social event to hit Harlem in many years.”

Clearly ignored by history for decades, The Times told the McDaniel story as a part of “Overlooked,” a series of obituary stories about people who deserved attention but were overlooked by The Times for one reason or another, reaching back to 1851. That prompted us to check our own archives. Unfortunately, we, too, overlooked McDaniel and his impact before he died of pneumonia in Los Angeles on March 8, 1990, at 73.

Xavier U: McDaniel, Douglas made July memorable for XU athletics

According to The Times’ report, McDaniel played Budge in front of 2,000 people, and some watched from apartment windows, rooftops and fire escapes. Wilson Sporting Goods, a Budge sponsor, saw that the match happened at the Cosmopolitan tennis club, where the American Tennis Association was headquartered. The ATA, founded by Blacks, welcomed all races when tennis organizations did not. Looked at as a publicity stunt by some, a sportswriter for The New York Herald Tribune gave Budge credit for “performing an important service for the good of the game.”

Though he was widely recognized as the best Black player of his time, McDaniel was not supposed to win. Two years earlier, The Times notes, “Budge had become the first winner of the coveted Grand Slam by capturing singles titles at the Australian, French, Wimbledon and United States championships.” McDaniel lost 6-1, 6-1 against one of the all-time tennis greats, as so many had before and after him.

McDaniel got his start at Xavier in New Orleans. The Times reports that McDaniel, at age 22 in 1938, had a Xavier track scholarship — he once leapt 6 feet 4.5 inches to win a Southern California high-jump title — but found his way onto the institution’s tennis courts.

After his death, McDaniel was inducted into the Black Tennis Hall of Fame.

The Times reports that McDaniel won ATA national championships four times between 1939 and 1946, and he won 38 of 43 ATA tournaments between 1939 and 1941. He won the national Black intercollegiate singles championship three times. With Xavier teammate Richard Cohen, he won the doubles title in 1939. He might have received more attention if he had been allowed to compete against other players. The ATA’s historian, Art Carrington, told The Times, “People should know that Althea Gibson and Arthur Ashe didn’t just pop out of the sky. Before them, there was Jimmie McDaniel.”

Forgive us for not taking note of our own tennis champion. We hope others will acknowledge, cherish and honor McDaniel.