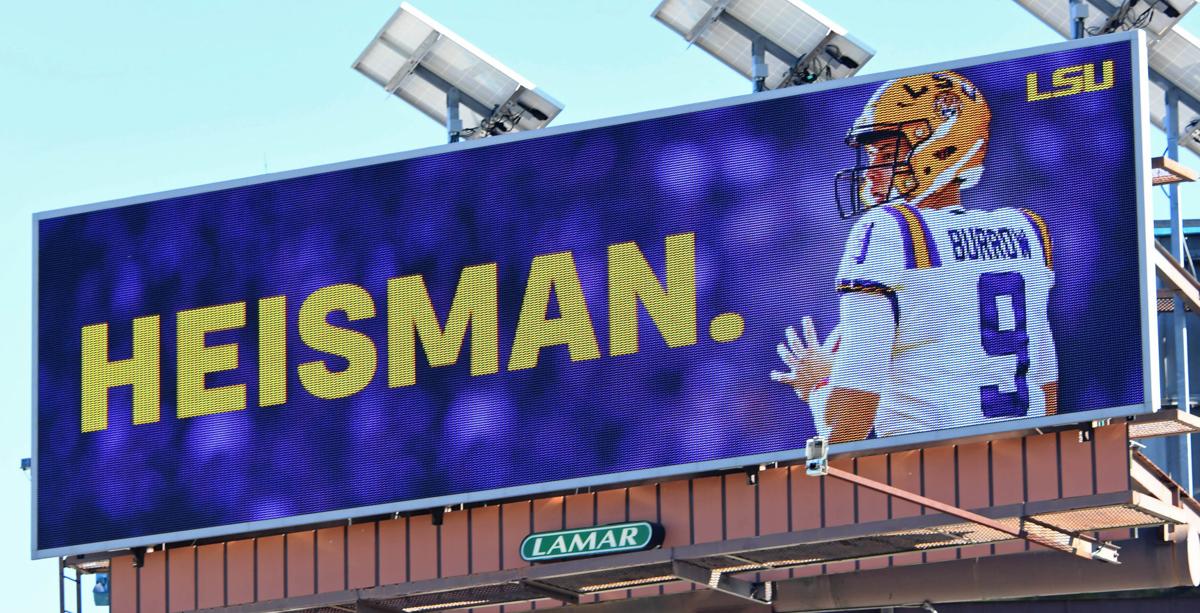 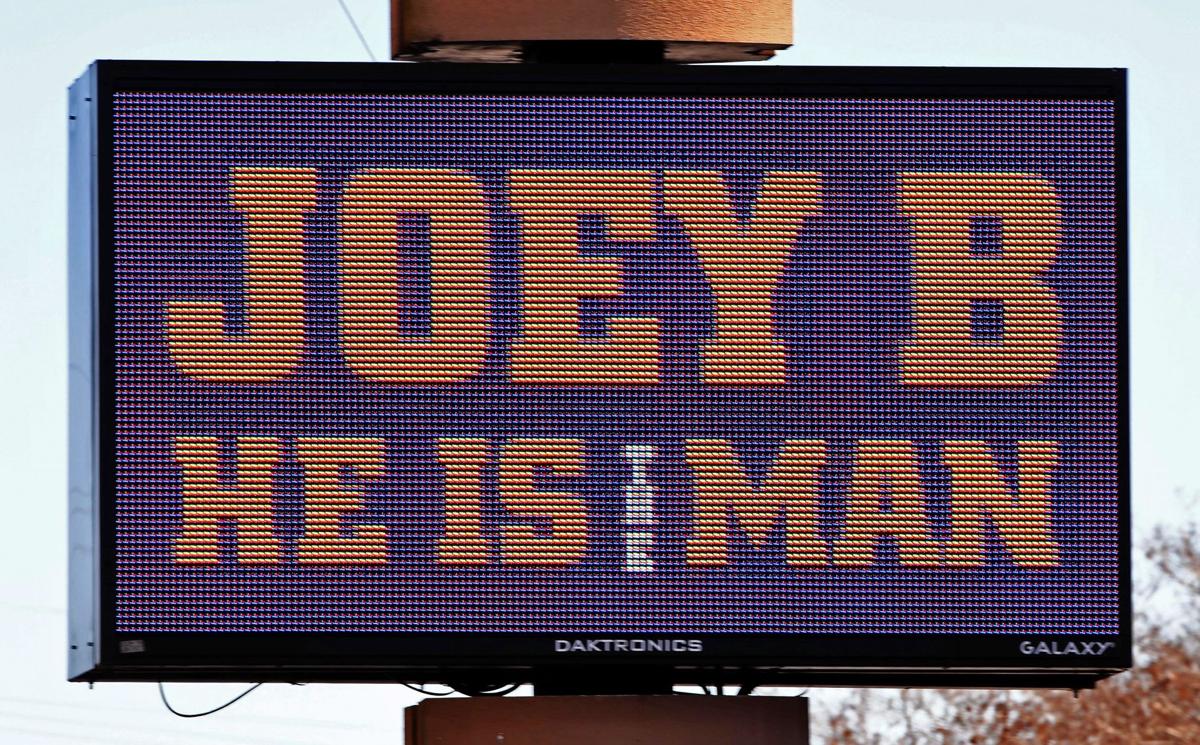 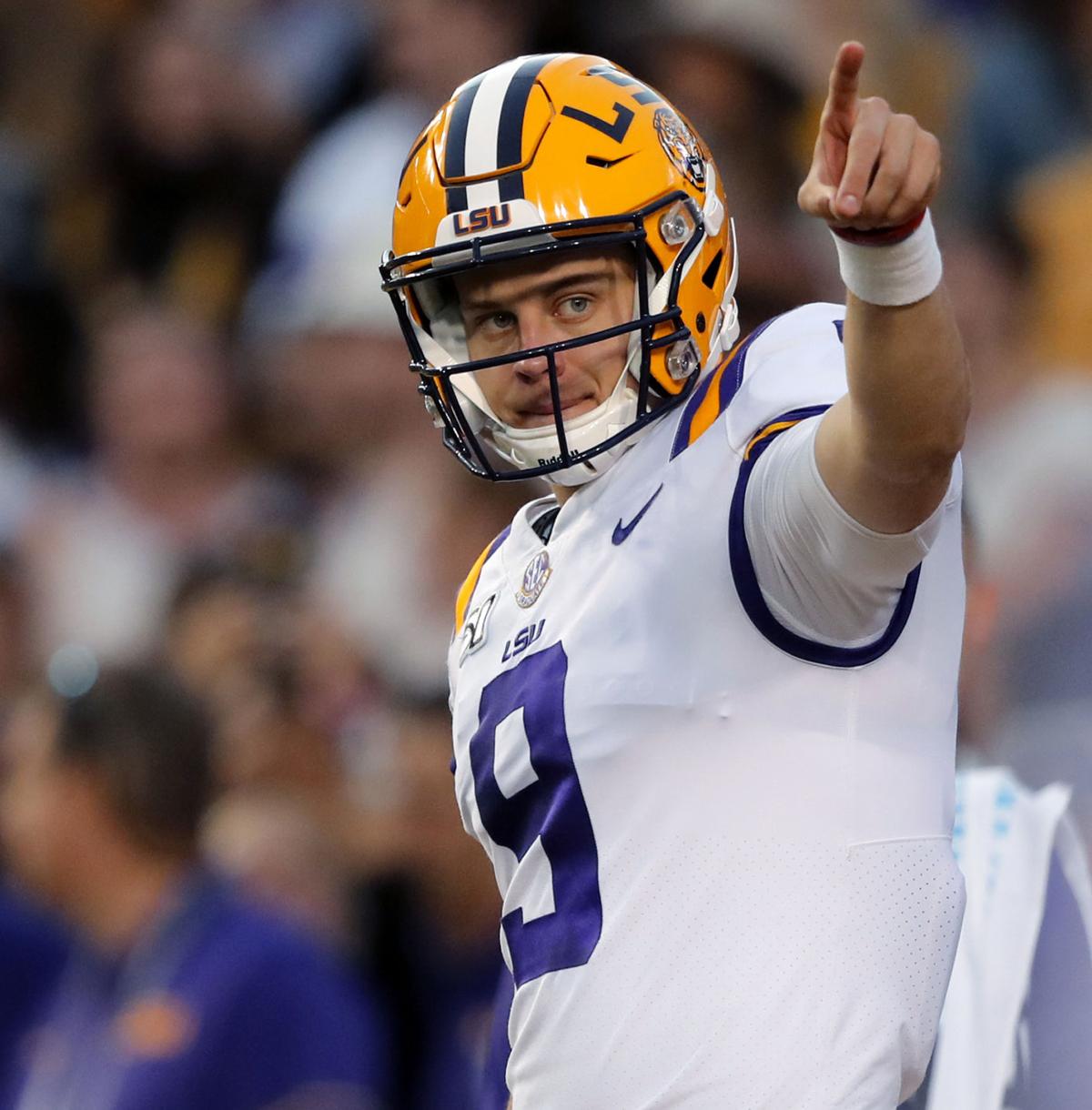 Over the years, we have used this page to comment on matters that are serious and silly, from coastal erosion to Carnival.

Sometimes readers agree, and sometimes they get so bothered that they call to cancel their subscriptions.

But today we have something to say, and we know everyone will concur, whatever they think of Trump or trial lawyers or teacher unions.

Burrow had hardly played as a backup quarterback at Ohio State when Coach Ed Orgeron took a chance on him in 2018.

But Burrow became the unexpected star of 2019, setting the SEC single-season passing record of 4,715 yards and 48 touchdowns.

LSU's Joe Brady was once 'an assistant to an assistant'; now he's the Broyles Award winner

He led his team to an undefeated season and a No. 1 ranking as the college football season heads into the playoffs. Along the way, he broke LSU’s eight-year losing streak against Alabama

Now, he is so heavily favored for the Heisman that the odds are 1-300, meaning a $10 wager would win you about 3 cents.

Americans love a comeback story, and LSU gives them two for the money.

Orgeron, scorned by Mississippi and Southern California, came home to Louisiana and built a powerhouse.

Burrow, who couldn’t win the top job at Ohio State, now may face the Buckeyes in the national championship game in January.

Tonight, on a big stage in the big city, both men will have the last laugh.

NEW YORK — Joe Burrow stood behind the Heisman Trophy as the cameras flashed. He grasped the bronzed football figure, the award that the LSU s…