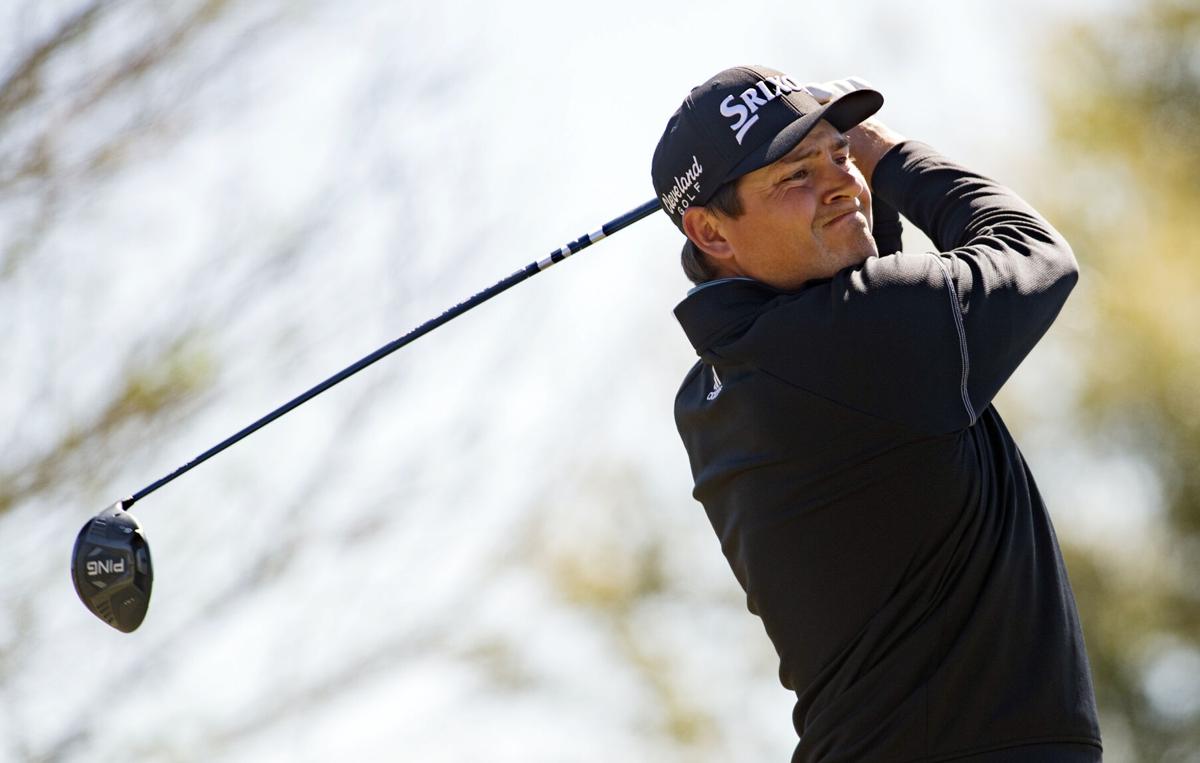 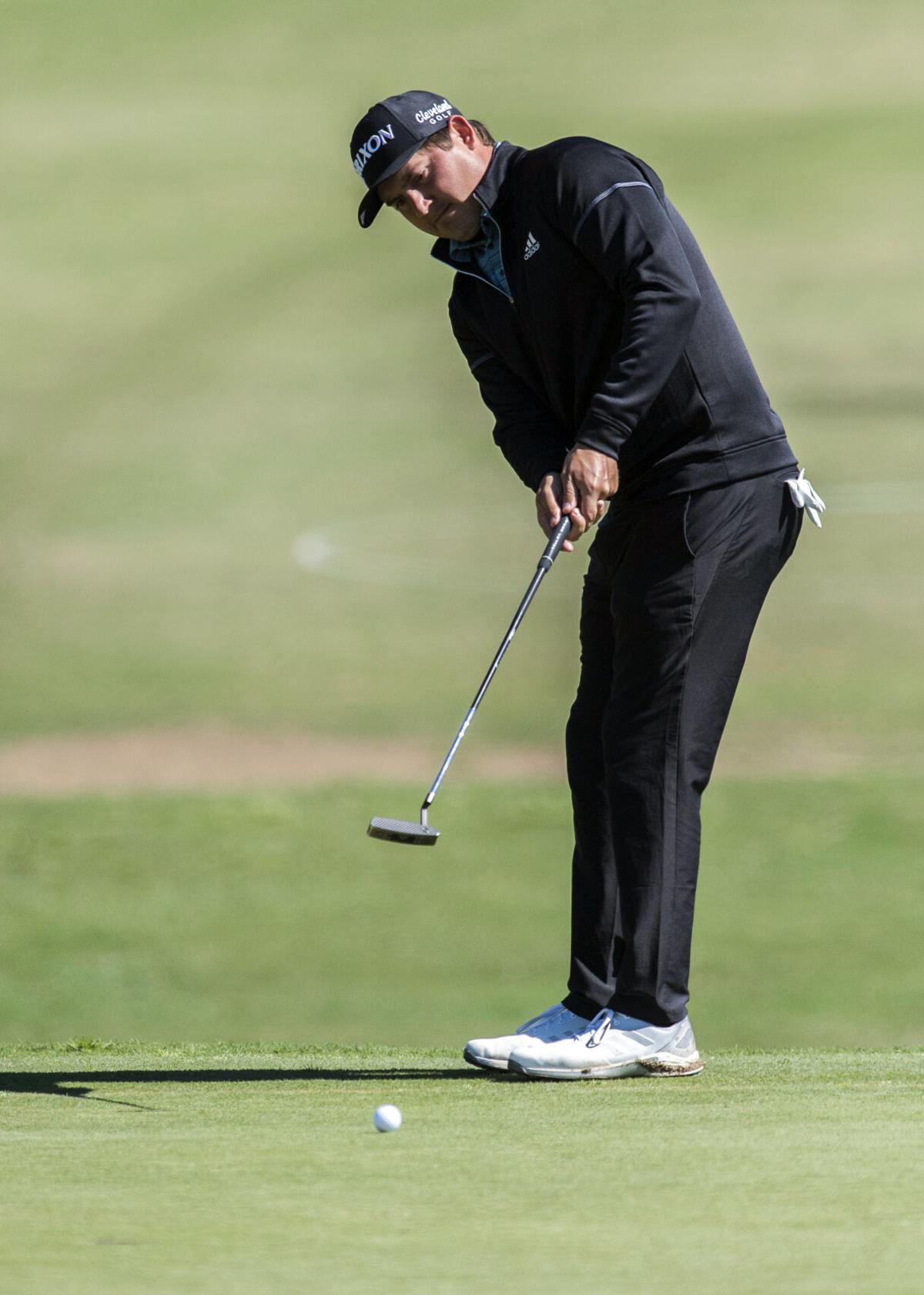 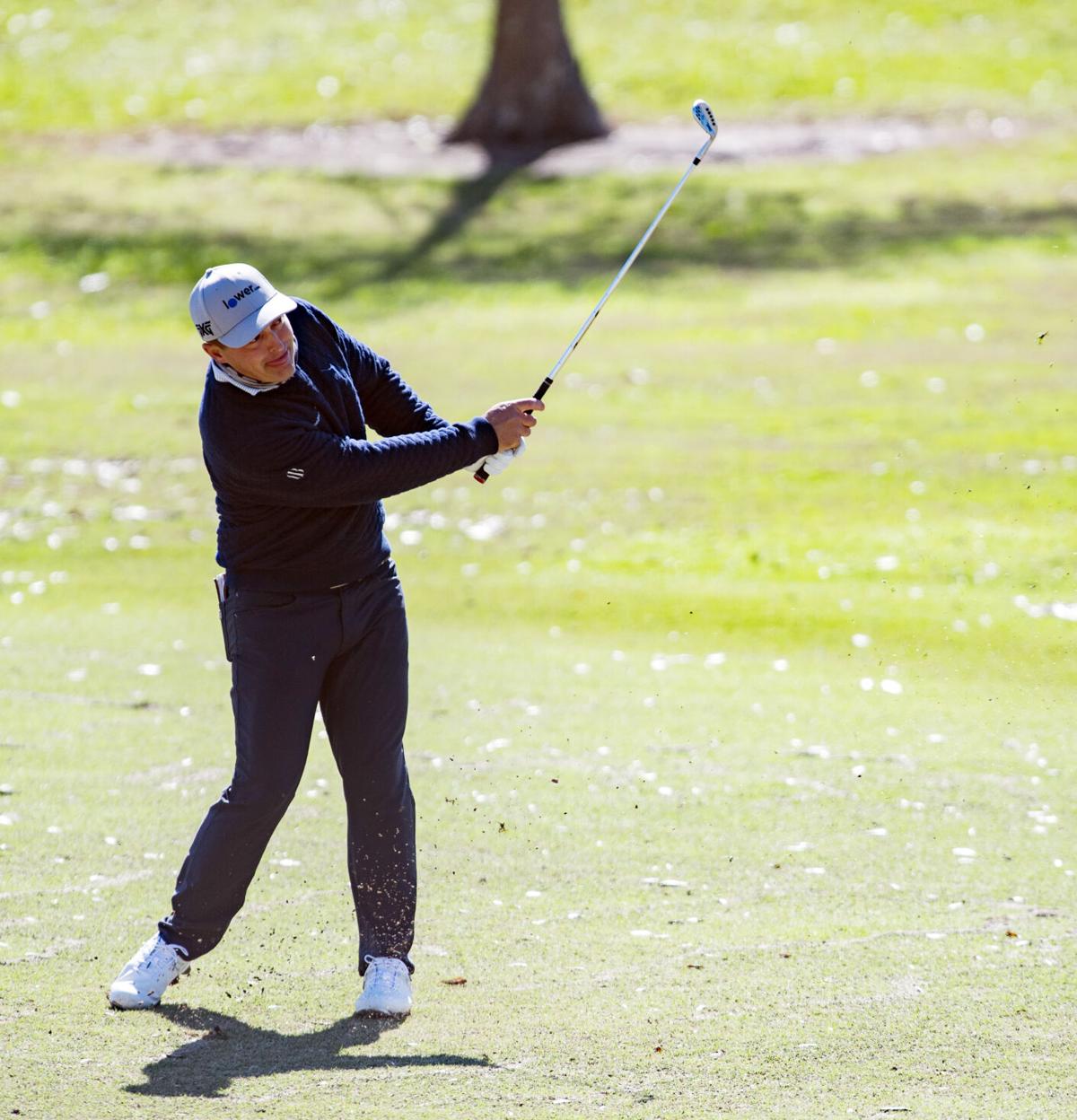 The pros at the Chitimacha Louisiana Open are used to stiff winds at Le Triomphe Country Club, but Thursday’s windy and chilly conditions still caught many off guard during the first round of the $600,000 Korn Ferry Tour event.

“It was SO cold,” said Andrew Novak after the Raleigh, N.C., native and third-year Korn Ferry Tour pro finished off a 3-under-par 69 as part of the fourth group off the tee. “I had three layers on, I had rain pants on, I had hand warmers, it didn’t matter. I was shocked with how windy it was and how cold it was. We play the Bahamas and it’s not that windy at 6 a.m.”

That wind died down only slightly during the afternoon, but still allowed several late starters in the 144-player field to post scores that are more traditional at the 36th annual event. Greyserman was joined by European Tour veteran and fellow Floridian Peter Uihlein and Australian Harrison Endycott at 67, while four players including Novak are one stroke back after an opening 68.

Twelve other players are at 2-under 69 and within two strokes of the lead heading into Friday’s second round, where conditions are expected to be similar – cold and windy, and from a direction that most players are unfamiliar here.

“I’m not sure I’ve ever played this course in this wind,” said England’s David Skinns, who also had one of Thursday’s 68 scores. “West-northwest is just not very common here, that might be why you’re seeing only four-under (leading). I don’t think anyone’s ever seen it in this wind. We either get it out of the northeast or out of the south.”

The field averaged 72.55 during Thursday’s first round over the 7,061-yard par-71 Le Triomphe layout, including a nearly 73 average in the morning wave. The last time a field average was above 1-over-par 72 in any Louisiana Open round was more than a decade ago in 2010.

A good example was the 463-yard par-four ninth hole, annually one of the easier par-fours on the course but a hole that played into the teeth of the 25-mph gusting wind on Thursday.

The ninth allowed only eight birdies against 57 bogeys or worse, and its 4.40 average made it the second-toughest hole on the course after the 513-yard par-four 14th (4.45) that has ranked among the Korn Ferry Tour’s 25 hardest holes in each of the last eight seasons.

“Nine’s brutal,” said Las Vegas product Taylor Montgomery, another of the opening-round 68 shooters who had a scrambling par at the ninth. “It hit 3-wood, wedge in the practice round, and today I hit 3-wood, hybrid and it was still short. The wind change made it really tough.”

Greyserman’s only bogey of the day came at the ninth, just before a double-bogey at the 10th and four birdies in a six-hole stretch on the back side.

“I hit everything I could with a 4-iron for my second shot,” he said of his ninth hole par. “In the practice round I hit a smooth driver, didn’t play it super aggressive and I had an 8-iron in. Today it was a completely different hole.”

Uihlein, who played two years on the PGA Tour in 2018-19 and advanced to the FedEx Playoffs in 2018, birdied six of the first 12 holes before running into some trouble at the end and bogeyed the par-three 16th and the par-four 18th to drop into the tie after leading most of the back nine.

“Guys told me you don’t go really super low around here with the wind,” said Uihlein, who had one of those rare birdies at the ninth. “I figured anything in the 60’s would be a good score. It’s windy and cold and it got late in the day, and it gets tough to hole putts. It’s not an easy golf course.”

Skinns also had a share of the lead before bogeying his round-ending ninth hole, which dropped the five-year Korn Ferry Tour veteran into the tie four fourth with Montgomery, Novak and Stephan Jaeger, who eagled the par-five first hole and then mixed four birdies with three bogeys the rest of the day.

All of the leaders had guaranteed spots in the Open field this week except for Endycott, a rookie on the Korn Ferry Tour who was still on the alternate list as of Tuesday before veteran Ryan Brehm withdrew. The Aussie made the most of that opportunity with six birdies in a 12-hole stretch, including the 10th, 12th and 13th that pushed him to five-under par late in the opening round.

He’s trying to become the second straight alternate to win on Tour this year, after Mississippi native Hayden Buckley made the LECOM Suncoast Classic field as an alternate three weeks ago and wound up winning the 2001 Tour opener.

“You have to be optimistic,” Endycott said. “You can’t think you’re not in, and that’s why I traveled here. I had to prepare like I am in. If no one withdrew, I would have hung here Thursday morning and waited for someone to break a leg or something.”

Endycott didn’t even get in a full practice round after flying into Lafayette on Tuesday, since he wasn’t in either of the Wednesday pro-ams.

“That practice round stuff is overrated,” he said. “Screw it, just hit it and trust your numbers.”

Due to COVID-19 protocols with the PGA Tour and following federal, state and local guidelines, no spectators are allowed at this year’s Open. Along with the weather, that was a big change for many of the players who had played in previous Louisiana Opens.

“The course itself is pretty similar to what it was in 2019,” said Greyserman, who finished tied for 13th in the last Louisiana Open in 2019 before last year’s event was cancelled. “I remember all the fans, the spectators and those grandstands at 18 that aren’t there right now.”

The tournament’s second round gets underway at 7:20 a.m. Friday off the Nos. 1 and 10 tees. The 144-player field will be cut to the low 65 and ties for the final rounds Saturday and Sunday.