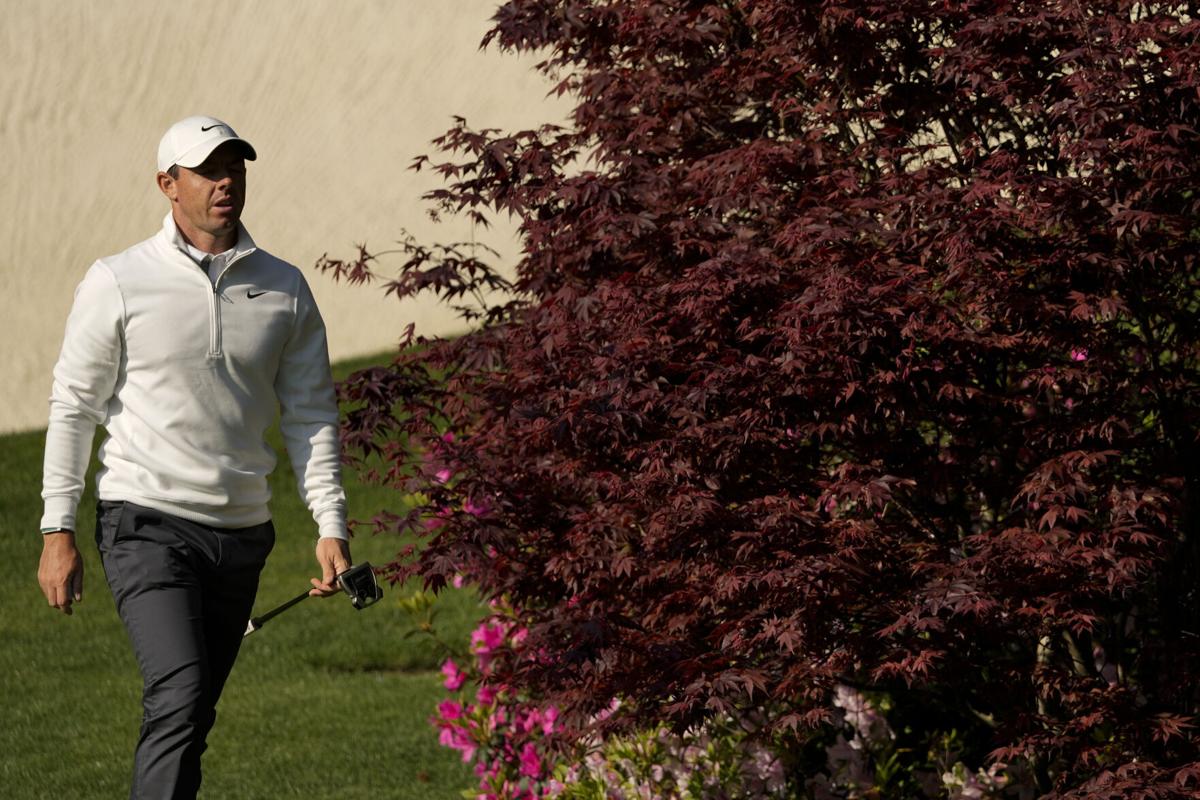 Rory McIlroy walks to the tee on the 14th hole during a practice round for the Masters tournament on Tuesday, April 6, 2021, in Augusta, Ga. 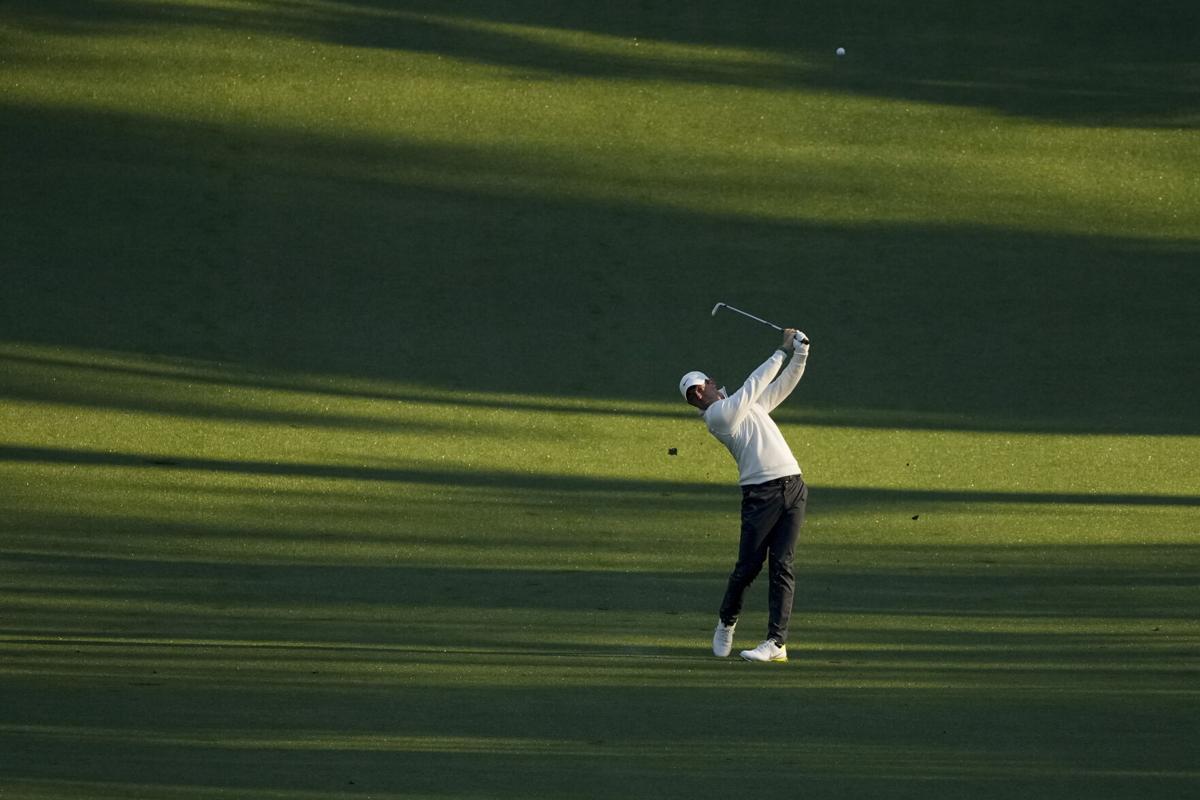 Rory McIlroy, of Northern Ireland, hits from the fairway on the 10th hole during a practice round for the Masters golf tournament on Tuesday, April 6, 2021, in Augusta, Ga. (AP Photo/Charlie Riedel) ORG XMIT: AUG111 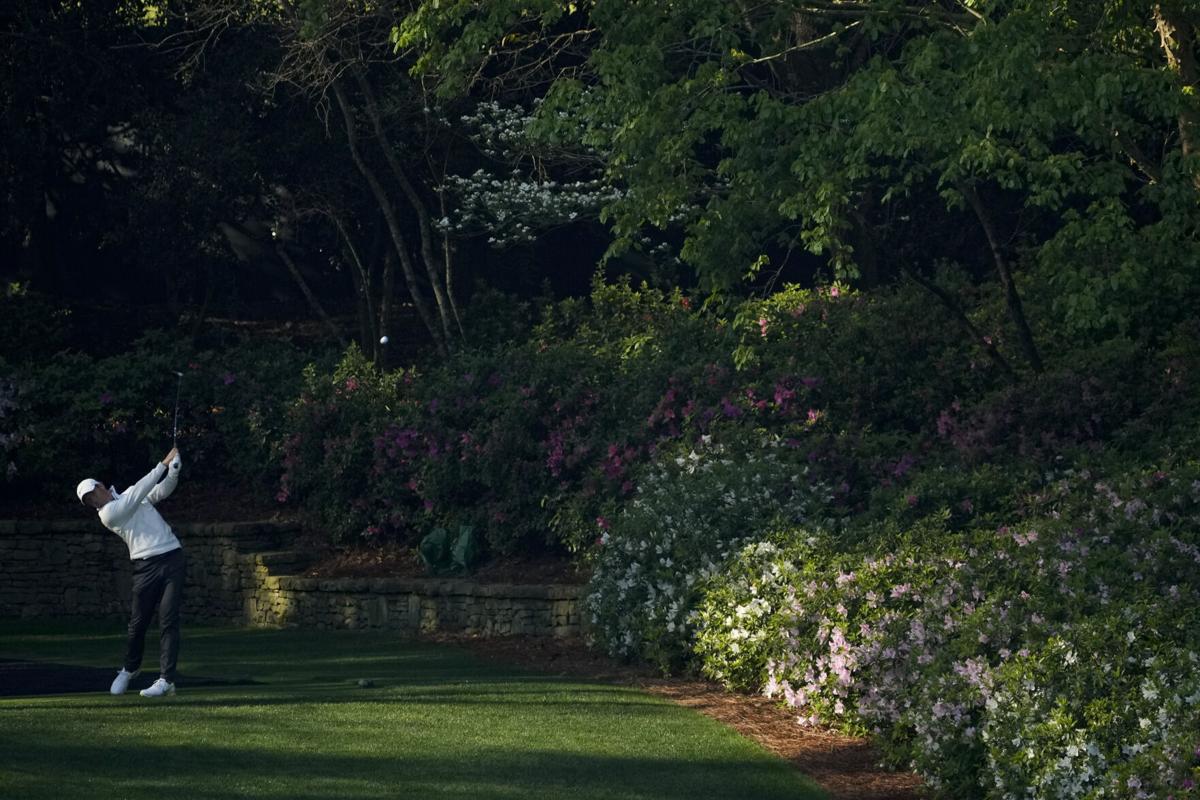 Rory McIlroy, of Northern Ireland, watches his tee shot on the 13th hole during a practice round for the Masters golf tournament on Tuesday, April 6, 2021, in Augusta, Ga. (AP Photo/David J. Phillip) ORG XMIT: AUG127

Rory McIlroy walks to the tee on the 14th hole during a practice round for the Masters tournament on Tuesday, April 6, 2021, in Augusta, Ga.

Rory McIlroy, of Northern Ireland, hits from the fairway on the 10th hole during a practice round for the Masters golf tournament on Tuesday, April 6, 2021, in Augusta, Ga. (AP Photo/Charlie Riedel) ORG XMIT: AUG111

Rory McIlroy, of Northern Ireland, watches his tee shot on the 13th hole during a practice round for the Masters golf tournament on Tuesday, April 6, 2021, in Augusta, Ga. (AP Photo/David J. Phillip) ORG XMIT: AUG127

AUGUSTA, Ga. — Rory McIlroy stuck a tee in the ground on the 10th hole Monday, balanced a gleaming Taylor Made TP5x on top of it and gave it a swift smack down the steep hill.

An attendant next to the tee flashed a yellow flag, the kind you see on the green. Pointing left. Rory was in the rough. He re-teed and took another powerful lash.

McIlroy, ever the affable Irishman, chatted pleasantly between his vexing foul balls with someone in gallery, then trooped off down the hill in search of his tee shots.

In search, frankly, of his game.

Just over a decade ago, the then-freckle-faced McIlroy left his hometown of Holywood, Northern Ireland, and became golf’s new matinee idol, full of raw talent and boundless potential. He quickly went on an astonishing spurt of major titles.

He routed the field to win the 2011 U.S. Open at Congressional. The following year he tamed Kiawah Island to win the PGA Championship. In 2014 he won the British Open at Royal Liverpool, aka Hoylake, across the Irish Sea from his home island. The next month he captured his second PGA Championship in the gloaming at Valhalla outside Louisville, Kentucky.

The name of the course seemed to fit McIlroy. He was in heaven golf-wise. He returned to the Masters in 2015 needing the green jacket to become just the sixth man and first European to win the career grand slam.

It isn’t as though McIlroy suddenly lost it. He’s won 12 times around the world since 2014, though he hasn’t won anything since the 2019 World Golf Championships-HSBC Champions.

AUGUSTA, Ga. — The Champions Dinner was held Tuesday night in the Augusta National clubhouse, an exclusive gathering of past Masters winners a…

DeChambeau went on a now famous campaign to bulk up and increase his swing speed to jet-being-catapulted-off-an-aircraft-carrier speeds. Though he’s slimmed down a bit from the Incredible Bulk who smothered the field to win last fall’s U.S. Open at venerated Winged Foot by six shots, he’s still trying to add swing speed and tinker with new clubs. He’s talked of trying to drive over some of Augusta National Golf Club’s trees and bunkers, and driving the green on the 350-yard third hole.

McIlroy’s attempts to emulate DeChambeau have not exactly been disastrous, perhaps because of the Irishman’s talent, but they haven’t been good. At the Players last month, McIlroy admitted the swing changes and speed training he made turned his game from major-worthy to mediocre. It’s like Cezanne turned in his brush for a can of spray paint.

“I’d be lying if I said it wasn’t anything to do with what Bryson did at the U.S. Open,” McIlroy said candidly.

DeChambeau admitted he was surprised McIlroy became something like his disciple, considering his pedigree.

“I knew there would be people there to be influenced,” DeChambeau said. “I didn't think it would be Rory. I think he's a pretty smart, talented individual that knows how to play the game potentially better than me. It's honoring and humbling hearing him say it's a difficult task.”

Now, however, it sounds like McIlroy is trying to decouple himself from the DeChambeau way. He’s hired noted English swing coach Pete Cowen to help de-bug his swing. Cowen’s aim is to make McIlroy better going forward, not to recapture the past.

“I'm actually getting away from a lot of technical thoughts,” McIlroy said Tuesday. “I'm actually going the other way. I've sort of simplified it down to just making the right body movements and instead of trying to get myself to get the club into certain positions. So if anything, I feel like I've simplified the whole process.

“I think that golfer going forward is just a little more knowledgeable about what he does and how he swings the club and the movements that he needs to make to basically hit three shots, right: Hit a draw, hit a fade, hit one straight. That's all you need to do in the game of golf. It's not that hard.”

McIlroy is attempting to free the artist from the machine he found so alluring. Instead of even greater success, McIlroy discovered he created a maze for himself that he no longer could escape.

“When you don’t understand why you’re hitting certain shots, you can become lost and you can start to think all sorts of stuff,” he said.

If McIlroy is trying to find a different path from the contrails left by DeChambeau’s rocket-powered shots, perhaps that’s a good thing. Or, more to the point, the best thing for him.

He still needs that green jacket to complete the circle of the grand slam, but in the current context that doesn’t seem to be the most important thing in McIlroy’s career right now.

Maybe that’s a good thing, too.

“It feels a little more relaxed this week,” McIlroy said, “which isn’t a bad thing.”

The Masters and the Zurich Classic: Everything you need to know for golf in April