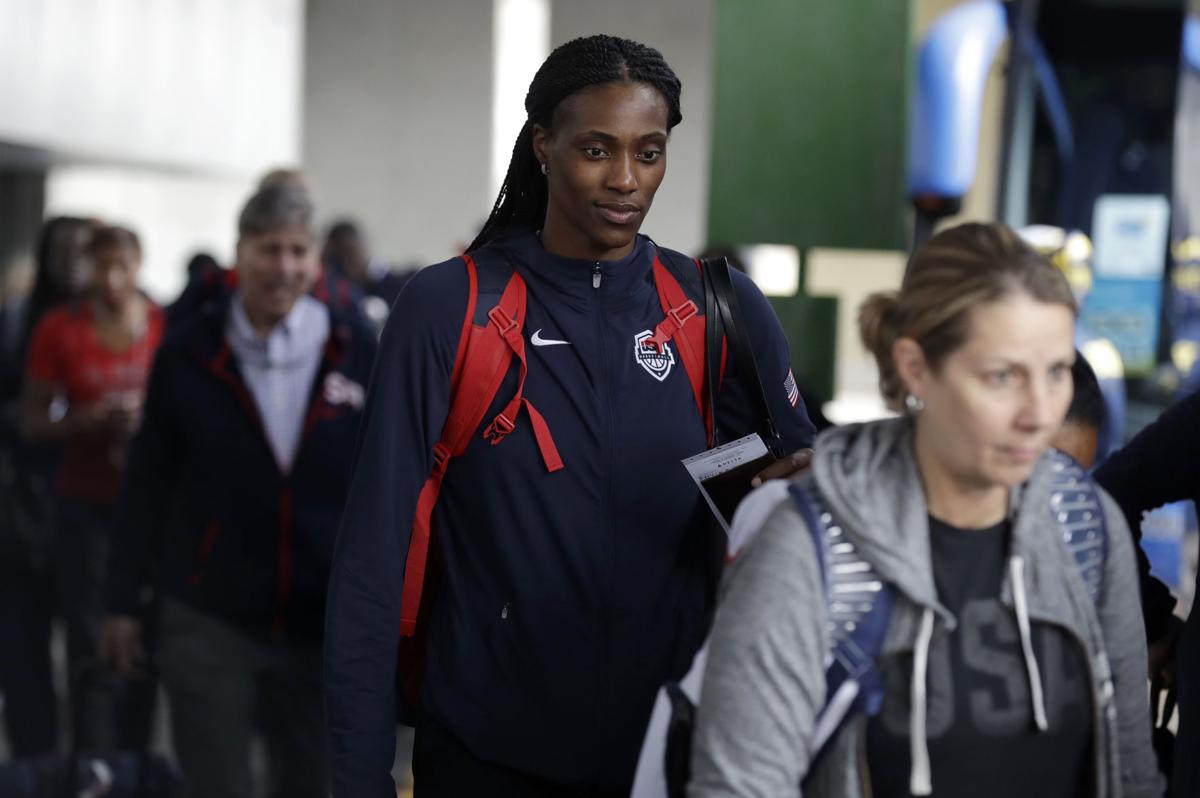 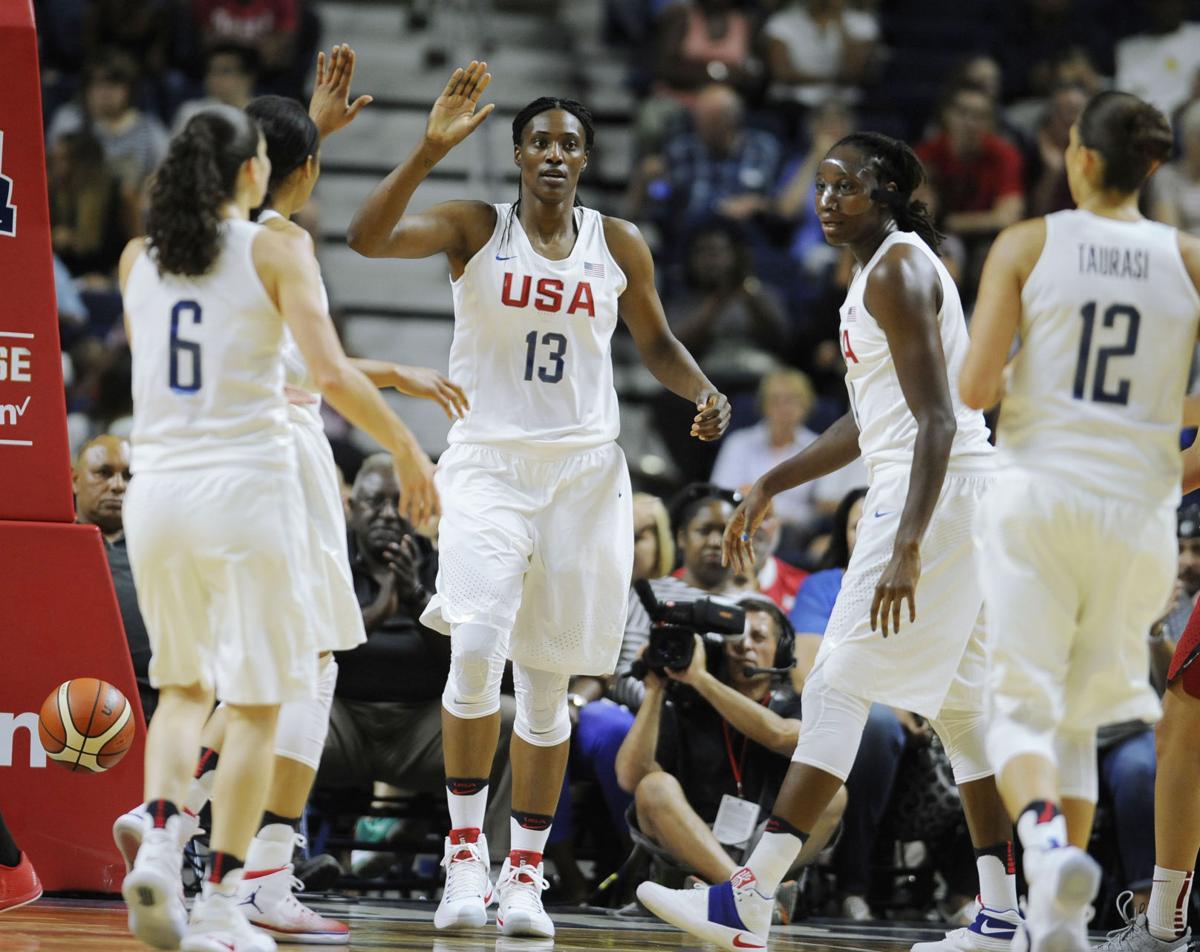 United States’ Sylvia Fowles with the team USA during the first half of a women's exhibition basketball game, Friday, July 29, 2016, in Bridgeport, Conn. (AP Photo/Jessica Hill) 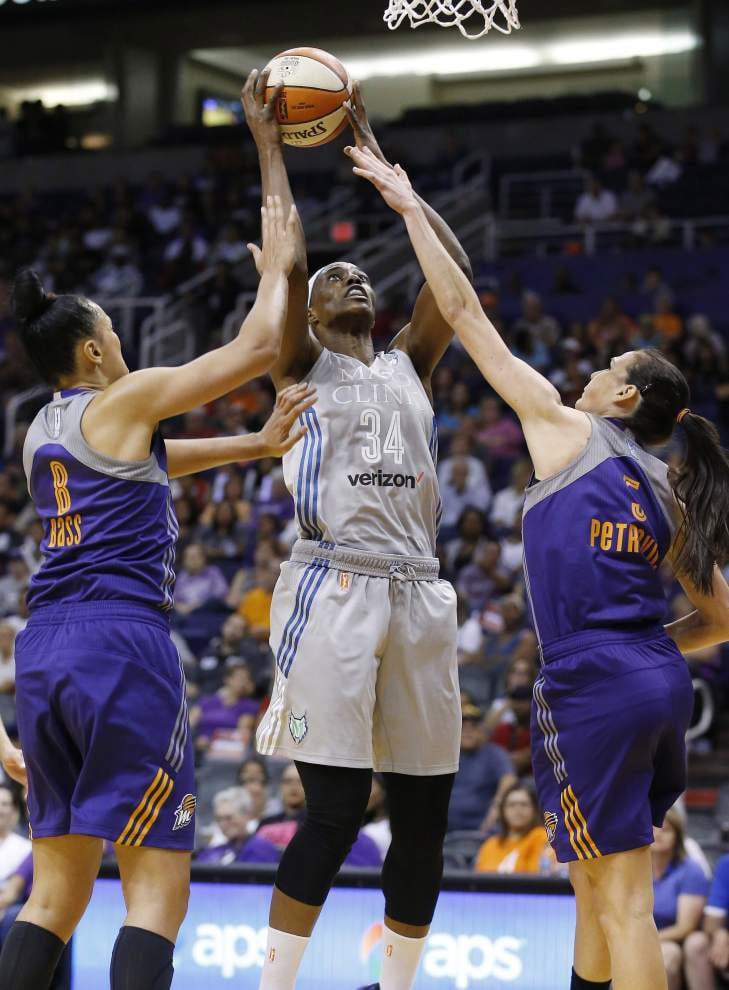 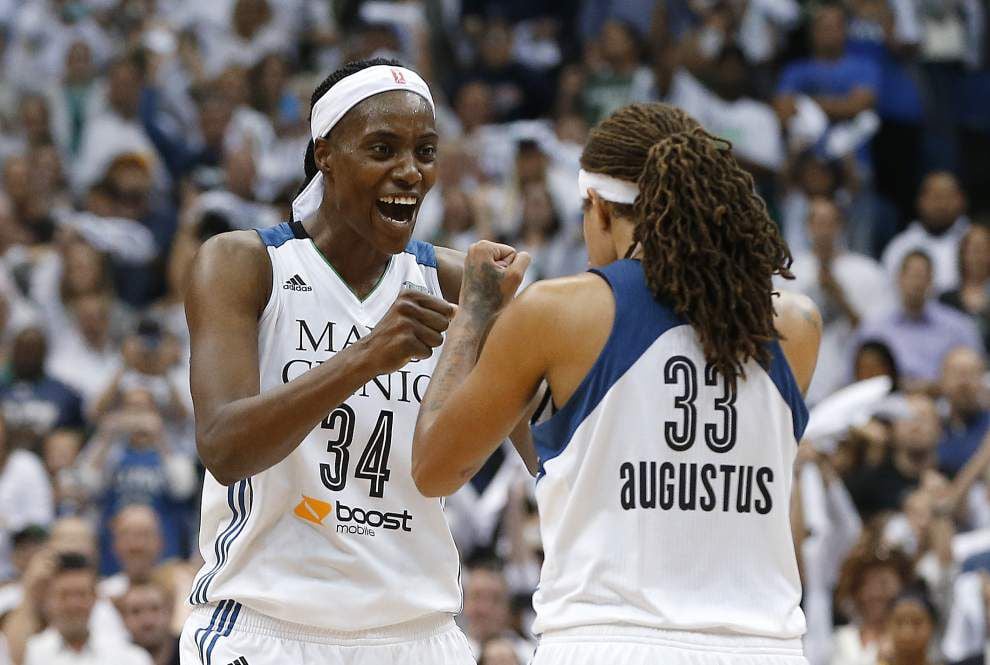 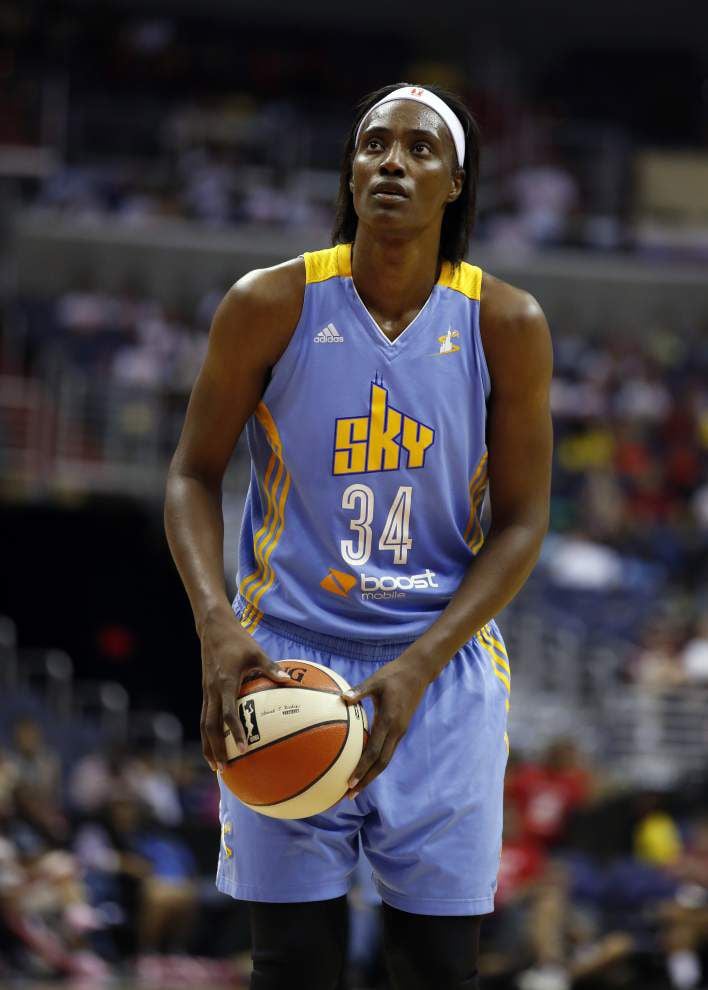 United States’ Sylvia Fowles with the team USA during the first half of a women's exhibition basketball game, Friday, July 29, 2016, in Bridgeport, Conn. (AP Photo/Jessica Hill)

Fans and critics use labels to define athletes, and Sylvia Fowles understands that.

But the former LSU star refuses to be tied to one.

“If you asked me two years ago how long I’d play, I probably would have said two years,” Fowles said. “My health is good, and I still love playing basketball. I’m not ready to put an expiration date on my career — not yet.”

An emphatic statement from the typically soft-spoken Fowles is a little surprising. It should be a plus for a U.S. women’s national team seeking its sixth straight gold medal at the Summer Olympics.

The 2008 Beijing Olympics was a farewell party for another post player: Lisa Leslie. But that year, Fowles led the U.S. in scoring (13.4 points per game) and rebounding (8.4).

In 2012, Fowles averaged 6.0 points and 3.6 rebounds after battling back from some injuries. With 6-8 Brittney Griner on this year's team, Fowles is excited about the possibilities and focused on winning the gold medal.

“I’ll do what I do when I’m in the game, and then (Griner) will do what she does,” Fowles said. “Everybody brings their own skills to this team, and that’s what makes it as special as it is. It’s definitely a blessing to go to the Olympics for a third time. I don’t take it granted. Most of us on this team have been in the USA Basketball system since we were in high school. We have a lot of years invested, and we know the expectations are high. Winning another gold medal means everything to us.”

Fowles scored 15 points and pulled down seven rebounds in Sunday's 121-56 rout of Senegal to open pool play. She added 12 points and four rebounds in a 103-63 win over Spain on Monday.

Given those results, it's easy to see why U.S. coach Gena Auriemma praised Fowles for her experience and continued growth as a player.

"Syl just gets better all the time," Auriemma said. "(Fowles and teammate Seimone Augustus, another former LSU standout) are huge to our success."

Fowles, 30, speaks with the maturity of not only a veteran player, but also of a person who continues to evolve. She proved again how she can alter a game with a crucial three-point play in an exhibition win over France.

“I’m so proud of how Sylvia has grown as a player and a person,” said Texas A&M assistant coach Bob Starkey, a former LSU assistant. “Sylvia was and still is a great follower. She’s such a great teammate, which is why she fits so well on an Olympic team where you have so many personalities. She’s always been passionate about things like providing for her family. Over the last few years, Sylvia has learned to become her own leader and advocate. She’s going after what she wants, like the trade to Minnesota and a career after basketball.”

Last summer, Fowles sat out half the WNBA season, forcing the Chicago Sky to trade her to the Minnesota Lynx. Fowles was the missing puzzle piece. The Lynx put it all together to win their third WNBA title, and Fowles was the Finals MVP.

“Winning the (WNBA) title was special,” Fowles said. “Playing for the Lynx really goes beyond anything I expected. It’s about the little things … the attention to detail this team has, from the facilities to the fans who like to get loud and crazy and the coaches. There are things about it that the average fan does not see. The organization is so professional. Everything is planned for, taken care of. It’s been the best experience.”

It’s all coming together for Fowles off the court as she pursues a degree in mortuary science. She completed two online courses, including an anatomy course through the American Academy McAllister Institute before the trip to Rio.

Photos that Fowles posted on Instagram of study materials tell only part of the story. The death of her grandmother when Fowles was young left an impression that made a less-than-conventional second career choice a slam dunk, something the No. 2 WNBA draft pick has done at LSU and in the WNBA.

“(The death of a loved one) is one of the hardest things a family can go through,” Fowles said. “If I can make that easier by being able to comfort them and have them know that I’ll take the care to make sure their loved one is handled correctly and with respect, that will be a good, rewarding thing.”

The chance to win another WNBA title with the Lynx beckons after the Olympics. But there’s only one award — another gold medal — that Fowles is focused on now.

Obviously, Fowles trusts her training, but she knows a little luck never hurts. Her mother, Arrittio, made the trip from Miami to Rio. Fowles wants to leave nothing to chance.

“I've been to three Olympics, and she's been to all three," Fowles said of her mother. "She's my good luck charm.

"Expect the unexpected; that’s the biggest thing we have to do,” Fowles said. “We can’t take any team for granted."

LSU alum Seimone Augustus: Baton Rouge, this gold medal is for you

Seimone Augustus lost her composure, she was overcome by her emotions — not while helping the U.S. women's basketball team win a sixth consecu…