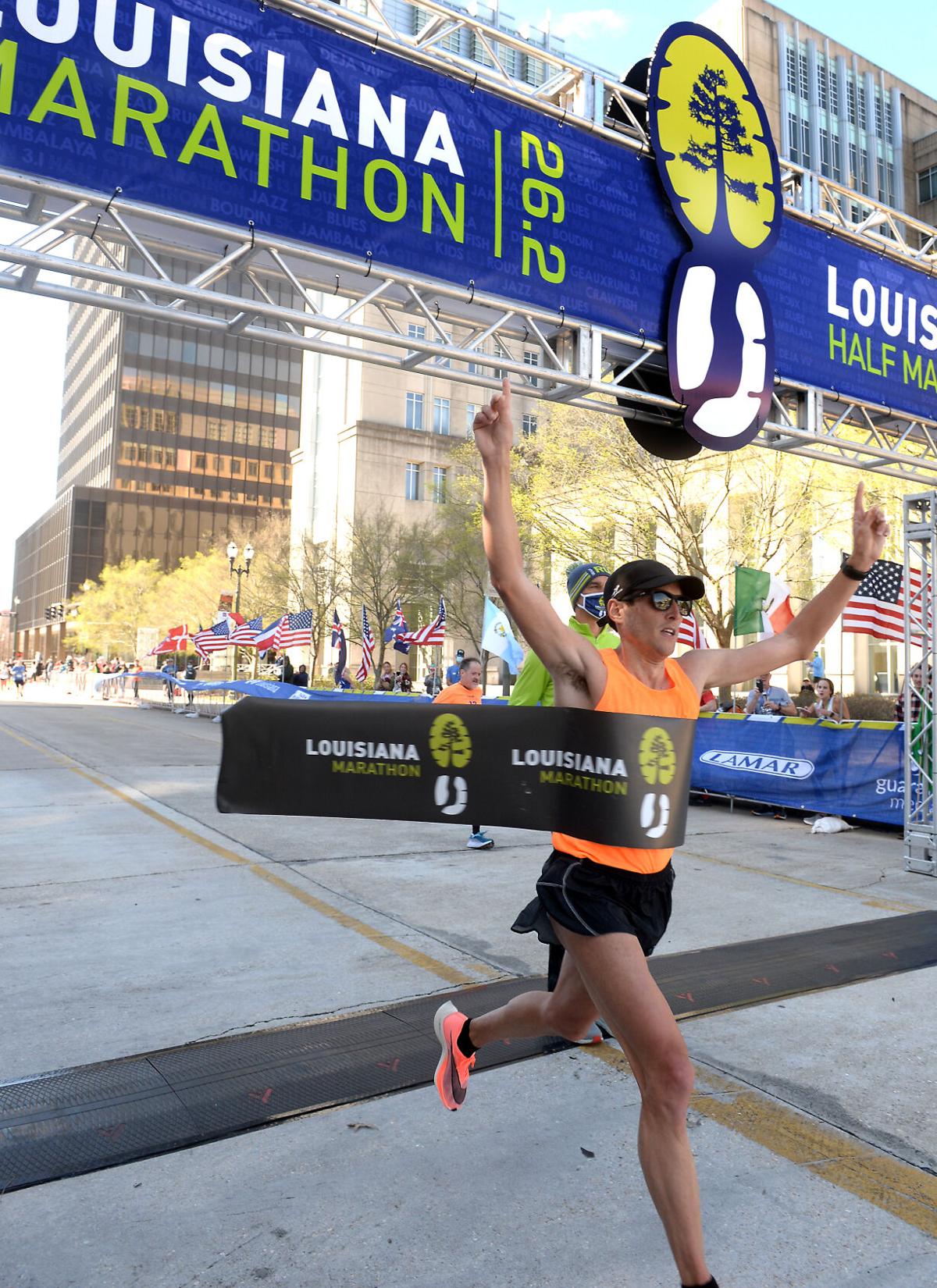 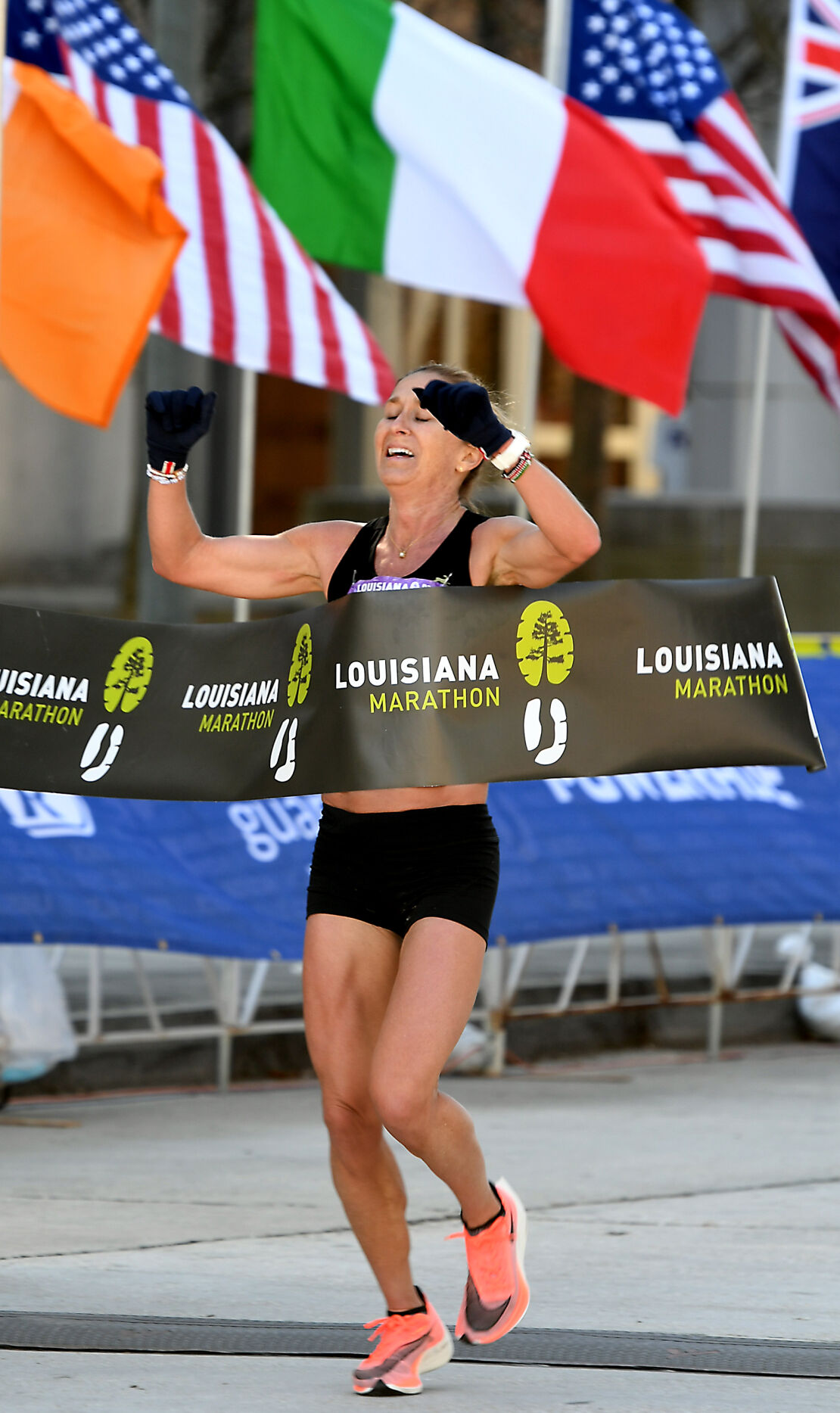 Lydia McRae, from Jacksonville, Fla., is the first female finisher in the Louisiana Marathon on Sunday morning in downtown Baton Rouge. 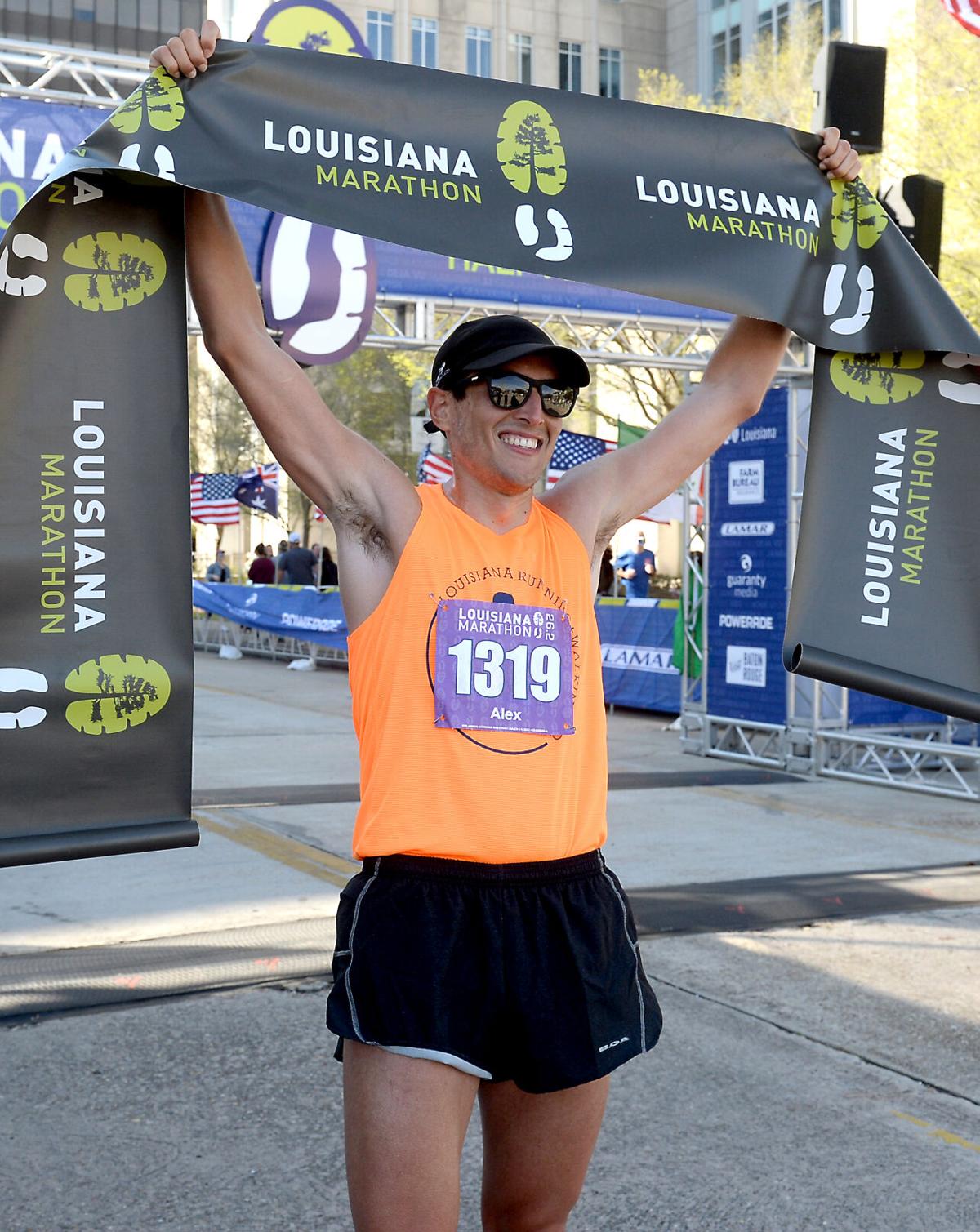 Lydia McRae, from Jacksonville, FL, celebrates her being the first female finisher in the Louisiana Marathon Sunday morning in downtown Baton Rouge.

Lydia McRae, from Jacksonville, Fla., is the first female finisher in the Louisiana Marathon on Sunday morning in downtown Baton Rouge.

Lydia McRae, from Jacksonville, FL, celebrates her being the first female finisher in the Louisiana Marathon Sunday morning in downtown Baton Rouge.

“I went into it differently than I normally do,” he said. “I came off a pretty serious foot injury about a month and a half ago and I called it quits. I was not going to do it (marathon). About a week ago, I thought I will roll with it.”

Lydia McRae of Jacksonville, Florida, set the pace for the women with a time of 2:47:34.

Jarrett Leblanc of Jennings set a Louisiana Marathon record in the half-marathon with a time of 1:05:04.

“I had my eye on this race for a little while,” he said. “I normally run the Houston Half Marathon, but I was glad I was able to stay here at home and run. I actually wanted to go a little faster today, but I did not have it. I am glad to have my name on paper for the record.”

Leblanc, 30, is a doctor and has spent the last year helping fight COVID-19 in southwest Louisiana.

“I took about six months off of running,” he said. “I worked full time and overtime in the hospitals in Jennings and Lafayette during the pandemic. Working 55-60 hours a week, it is tough to train.”

The women’s half-marathon was won by Kristin Wenstrom of Covington with a time of 1:25:16.

“I felt really good today; the weather was perfect,” she said. “I was smiling through the whole thing. I had a lot of fun today.”

The event, which usually takes place in January but was postponed because of coronavirus concerns, finished smoothly after precautions were set up to reduce the spread of COVID-19.

When the race started at 7 a.m., temperatures were still in the 40s, considered ideal for distance running.

The marathon took several COVID-related precautions. The most notable was social distancing. Rather than have all runners start at once, the marathon split them into nine corrals that followed one another.

Each corral was staggered so that five runners would start at the same time, and then the next five would wait a few seconds before starting.

Masks were also mandated at all times that runners were not running, and the marathon did not allow spectators this year or have its usual end-of-marathon festival.

It also provided tables of water instead of having volunteers hand them out.

The marathon was one of only a handful of marathons in the United States that has occurred in person this year, as many have been postponed because of the coronavirus

“This was the first race I did since COVID started,” Hebert said. “Everything was great. Everything went smooth.”