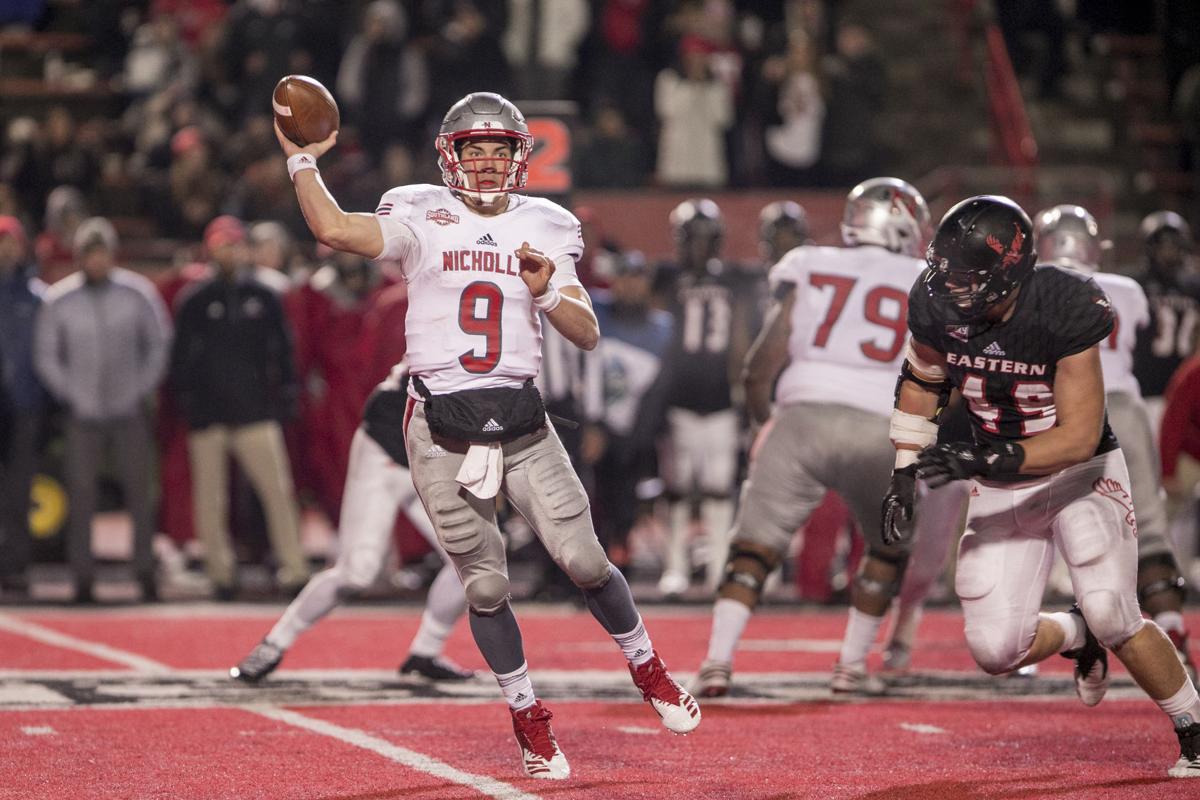 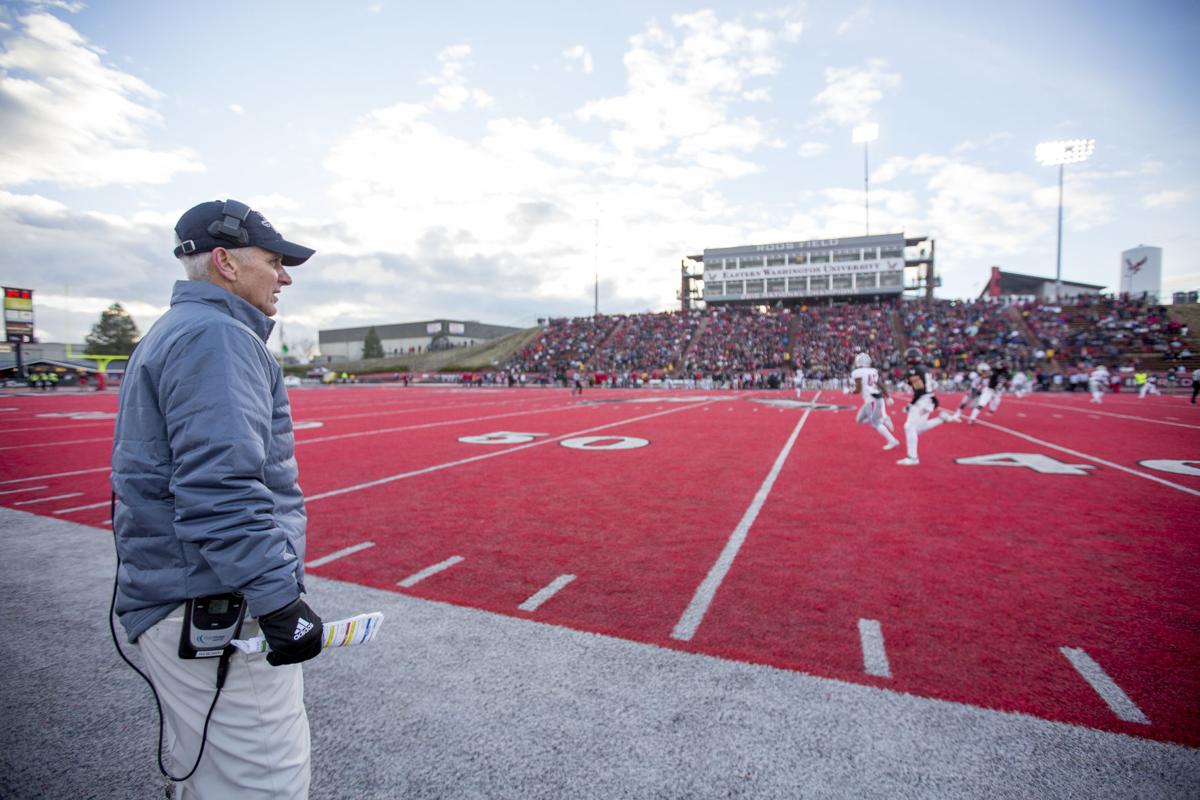 Nicholls State coach Tim Rebowe looks on at his team during a second-round FCS playoff game against Eastern Washington University at Roos Field in Cheney, Washington.

Nicholls State coach Tim Rebowe looks on at his team during a second-round FCS playoff game against Eastern Washington University at Roos Field in Cheney, Washington.

Eastern Washington scored on a blocked field goal on the final play of the first half and a halfback pass set up the decisive score as the Eagles defeated the Colonels 42-21 on the red turf at Roos Field.

“It’s a tough loss. I feel for those guys and the group of seniors that had a fantastic year. It didn’t end how we wanted it to end but I’m very proud of them and their effort,” fourth-year Nicholls coach Tim Rebowe said.

The second-round loss in the FCS playoffs ends Nicholls’ season at 9-4. The Southland Conference champions were making their second consecutive appearance in the playoffs and were coming off a 49-30 victory over San Diego in Thibodaux a week ago.

“I wanted to win today. The whole senior class, coming from where we came from before coach Rebowe, we’ve come a long way,” senior linebacker Hezekiah White said. “Coach Rebowe used to tell us to buy in and I thought we transformed this whole program.”

Nicholls had a 14-3 lead near the end of the second quarter before EWU’s Kedrick Johnson returned a blocked field goal 55 yards for a touchdown. Then, in early in the fourth quarter, Eagles tailback Sam McPherson connected with Andrew Boston on a 32-yard pass play to set up the touchdown that gave EWU a 28-14 lead.

“They got momentum in the second half, we couldn’t get any rhythm and we got into the fourth quarter and turned the ball over a few times which was uncharacteristic. I thought we played well in the first quarter and were playing fast and making plays, we just didn’t make enough plays the rest of the way,” Rebowe said.

Still, the Colonels were within six points at 20-14 early in the fourth quarter when Nicholls’ Dontrell Taylor fumbled at his own 36. On the first play after the turnover, McPherson threw 32 yards to Boston on the game-breaking play.

Several times earlier in the game Eastern Washington sent a tailback wide toward the sideline as a decoy with quarterback Eric Barriere rolling out behind him with the option to run or pass. On the game-breaking play, Barriere threw a lateral to McPherson who pulled up and threw a well-executed pass to Boston who caught it and ran out of bounds at the 4. McPherson ran for a touchdown on the next play and the Eagles converted a two-point conversion for a 28-14 lead.

The lead reached 42-14 before Nicholls quarterback Chase Fourcade scored on a 34-yard run with 1:35 remaining.

Fourcade, the conference player of the year, set the school career passing yardage record on a 16-yard completion to Damion Jeanpiere late in the second quarter. Fourcade passed the 7,670 yards of Doug Hudson (1986). Fourcade completed 17 of 30 passes for 146 yards with one interception on Saturday. He finished the day with 7,728 career passing yards.

Key offensive players returning next year include Fourcade, a junior, and leading rusher Taylor, also a junior. Taylor had 20 carries for 112 yards and a touchdown. He added five receptions for 39 yards. Five underclassmen started on offense and seven on defense for the Colonels on Saturday.