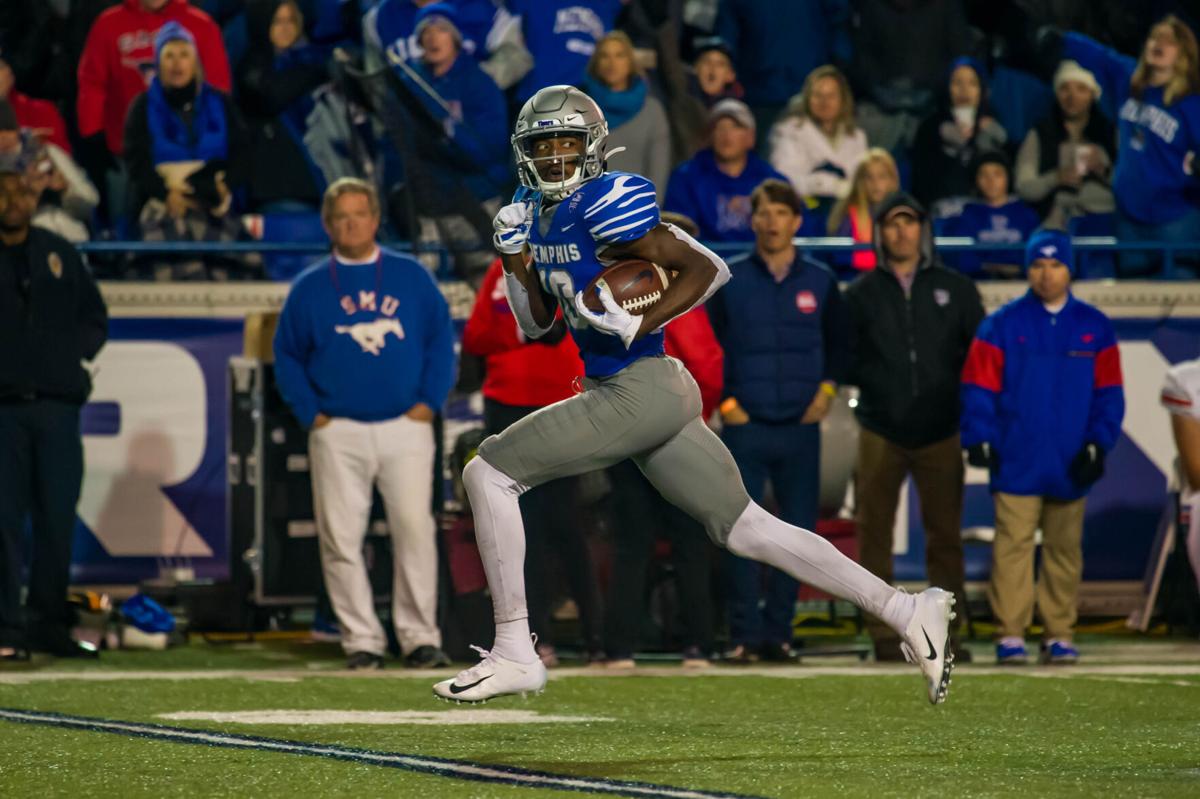 Damonte Coxie runs after a catch during a game against SMU last season. 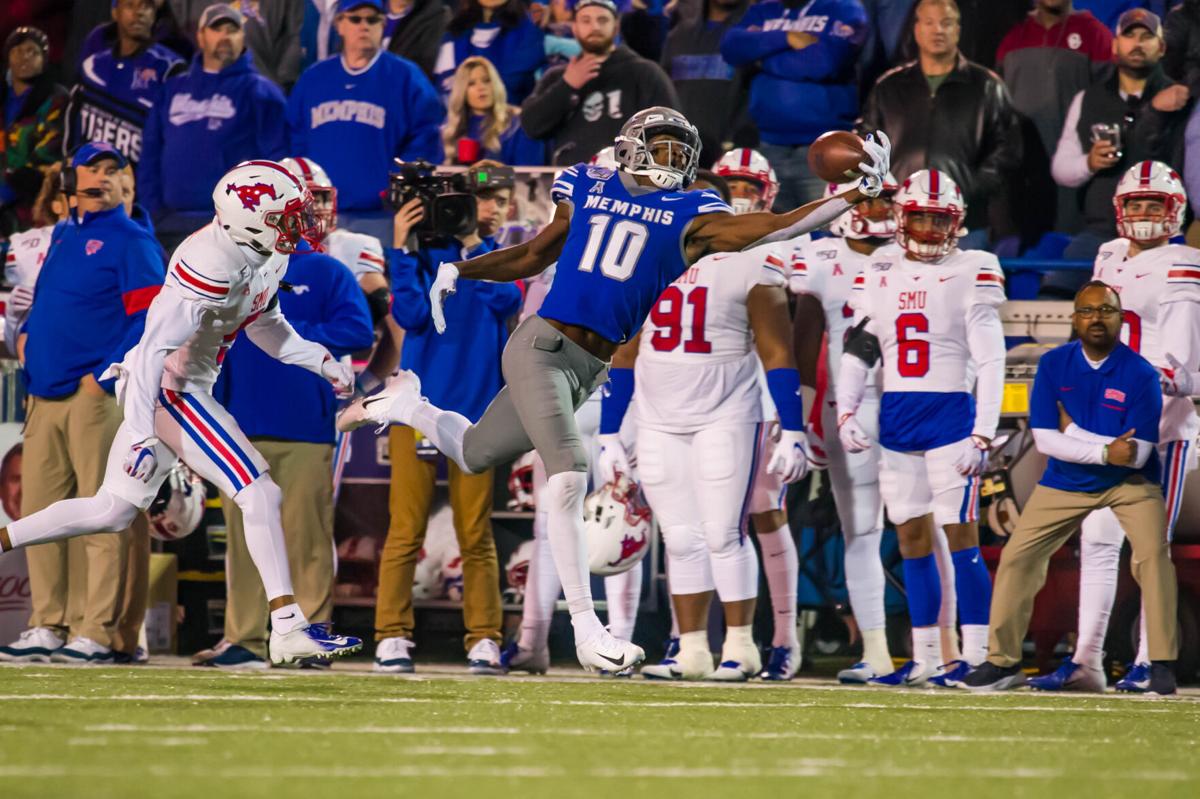 Damonte Coxie makes a one-handed catch during a game against SMU last season. 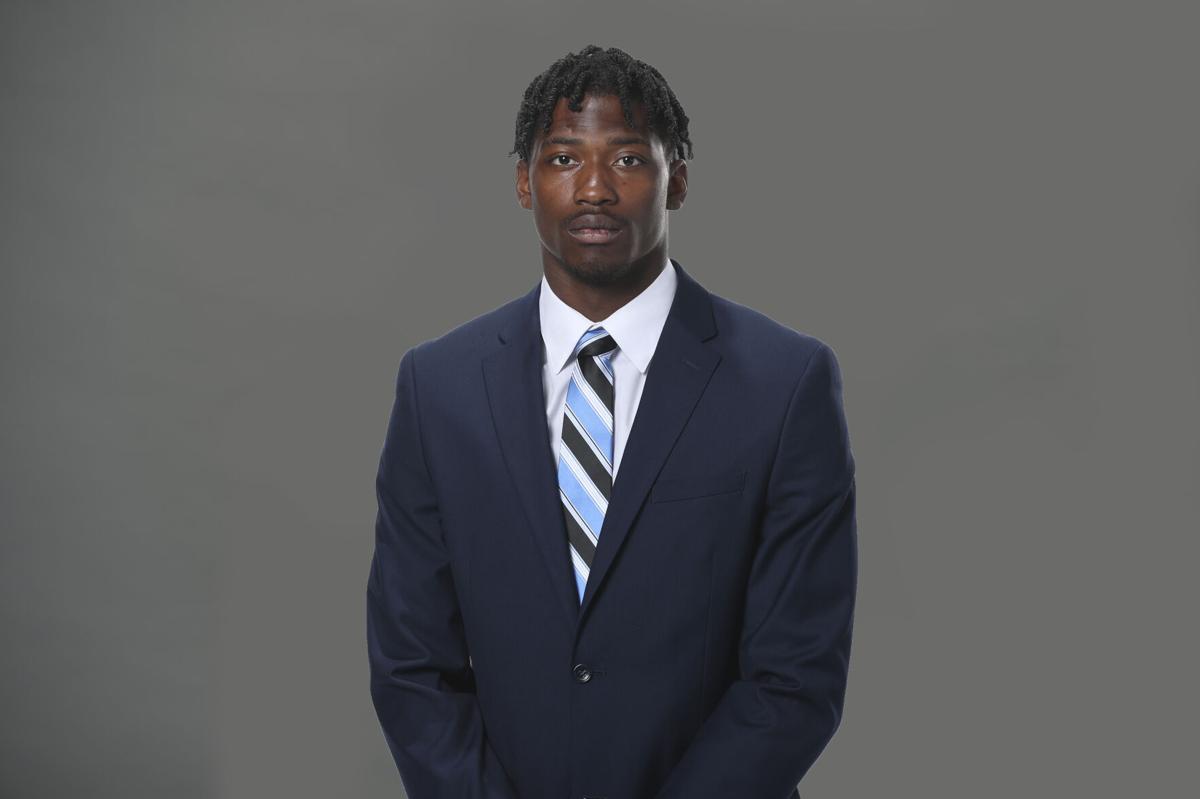 Damonte Coxie runs after a catch during a game against SMU last season.

Damonte Coxie makes a one-handed catch during a game against SMU last season.

“Born to be a Tiger” could be an appropriate title for this five-year period of Damonte Coxie’s life. But it would come with a disclaimer.

Coxie is a Tiger, all right — just not an LSU Tiger. Instead, Coxie has earned his stripes and more going into his redshirt senior year as a wide receiver at Memphis.

Last week he earned a spot on the 2020 preseason watch list for the Biletnikoff Award given to the nation’s top receiver — a list that includes two LSU players, 2019 winner Ja’Marr Chase and Terrace Marshall.

Ultimately, Coxie is where he thought he could be and where both of his high school coaches expected him to be. The 6-foot-3, 200-pound Coxie is set to graduate in December and has made the Dean’s list.

Of course, Coxie eyes a chance be an NFL draft choice. After back-to-back 1,000-yard seasons, Coxie is No. 3 on Memphis’ all-time receiving list with 2,773 career yards and in receiving touchdowns with 19.

“I didn’t play football my first two years in middle school, but I decided I could be good if I put work in,” Coxie said. “When I got to high school, I saw it could pay for college, so I locked in.”

From Southeast Middle School, Coxie went to Class 4A Tara High and stood out immediately, according to then-THS coach Cooter Mansur. Alden Foster, now the former coach at East St. John, watched him soar up recruiting charts in 2015-16 as a senior.

“Since he was in ninth grade, I’ve told him he could play on Sundays,” Mansur said. “No situation was too big for him. If there was a play that needed to be made, he believed he could make it. He was so competitive. It didn’t matter if the other guys were older or bigger.”

Coxie took a picture with then-LSU coaches Les Miles and Cam Cameron as a freshman when the two coaches came to Tara to watch their sons play in a sub-varsity game. Coxie told Miles he would play for him. Mansur did his part by sending a copy of that photo to Miles each of the next three years.

By the time Coxie had moved to East St. John as a senior, Miles didn’t need subtle reminders. Coxie came into his own, playing in the River Parishes-based Class 5A district.

Offers from LSU and Alabama were on the table. He committed to LSU twice as a senior, but what happened as signing day drew close was the game changer, according to Foster.

“LSU dropped him right before signing day because he wasn’t academically qualified yet,” Foster said. “That changed his life. I believe it put him where he is now. We showed Damonte what classes he needed to qualify. We got tutors. He buckled down and got it done.”

Coxie qualified academically that summer. Foster said Alabama held a spot, but coach Nick Saban wanted him to play safety. Other overtures came from schools located too far from home. Coxie wanted to stay close enough for family in Baton Rouge and the River Parishes to attend games.

“I told him Coach Johnson was at Memphis and he had called,” Foster recalled. “And Damonte said, ‘Coach Johnson is there … I’ll go there.’”

To say the rest is history comes with an important footnote. A knee injury forced Coxie to redshirt. Instead of breaking him, Coxie believes sitting out the 2016 season made him successful.

Those numbers put Coxie on the national radar. He chose to stay for his senior season, despite a push to enter in the NFL draft in the spring.

“I knew it was the right decision for me,” Coxie said. “It wasn’t a tough decision. I take every day as an opportunity and I’ve had a lot of them at Memphis. I want to see how it plays out here.”

Simon, who also played for the Tennessee Titans, said the bond grew as quickly as his respect for Coxie.

“I think what sets Coxie apart is his determination and grind. When the ball is in the air, he truly believes that ball is his. And he believes he is supposed to make every catch,” Simon said. “Not all receivers have that mindset. He’s super competitive and absent of fear with short memory. That allows him to focus on being great.”

Simon calls Coxie is the Tigers’ “energy guy” and a leader for a receiving corps that includes former Destrehan star John “Pop” Williams, another redshirt senior who missed most of 2019 with a knee injury.

With quarterback Brady White (4,014 passing yards in 2019) and running back Kenneth Gainwell (1,523 rushing yards in 2019) also on preseason watch lists, Memphis is poised to build on its mid-major status  and a Cotton Bowl berth last season.

Questions abound about the 2020 season because of the coronavirus pandemic. But there are no questions about Coxie and his place with the Memphis Tigers, who were not in his original plans.

“Damonte is such a good kid and he has earned everything he got,” Mansur said. “He has a great family and plenty of people who are proud of  him. We can’t wait to see what we does next.”