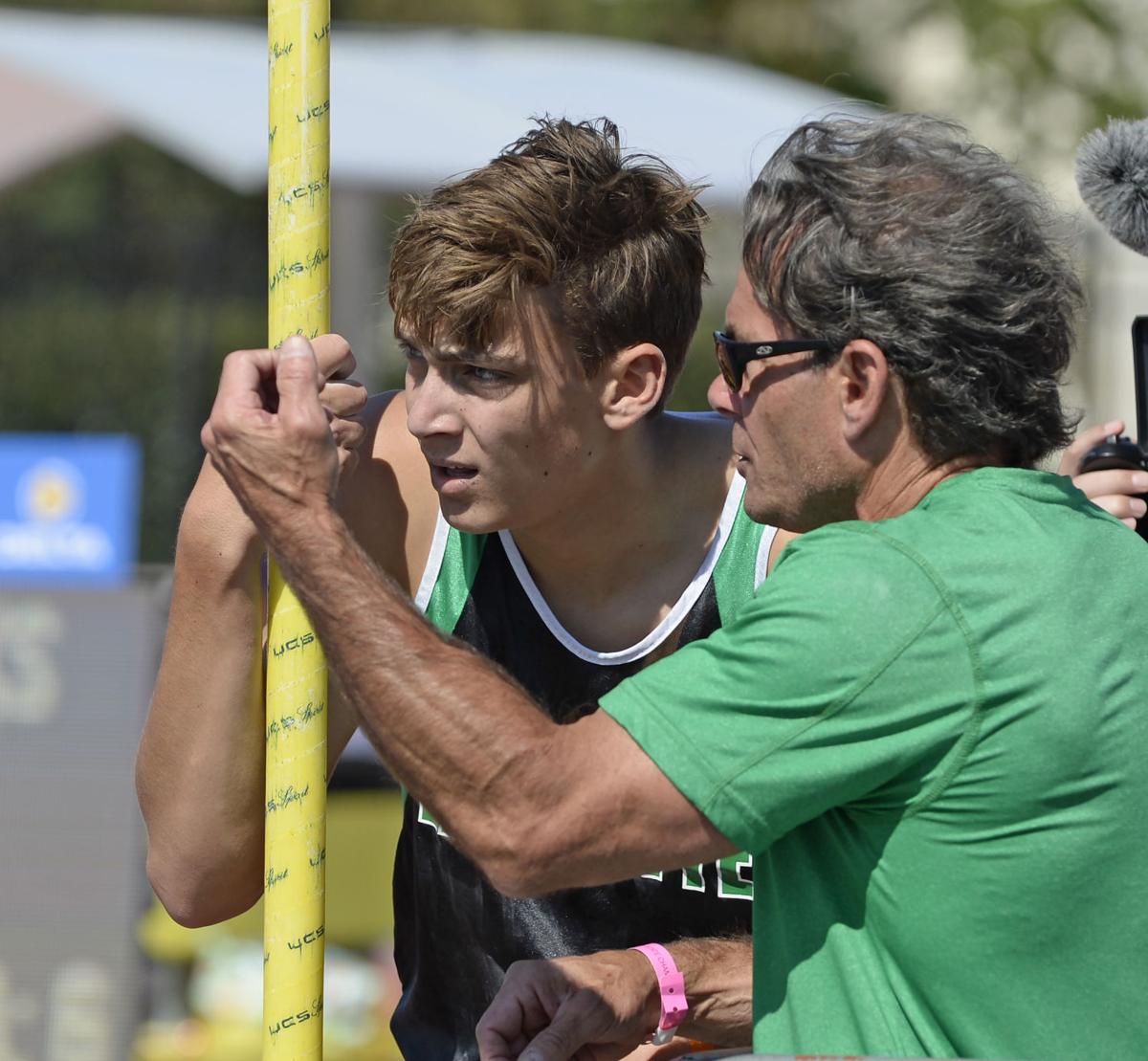 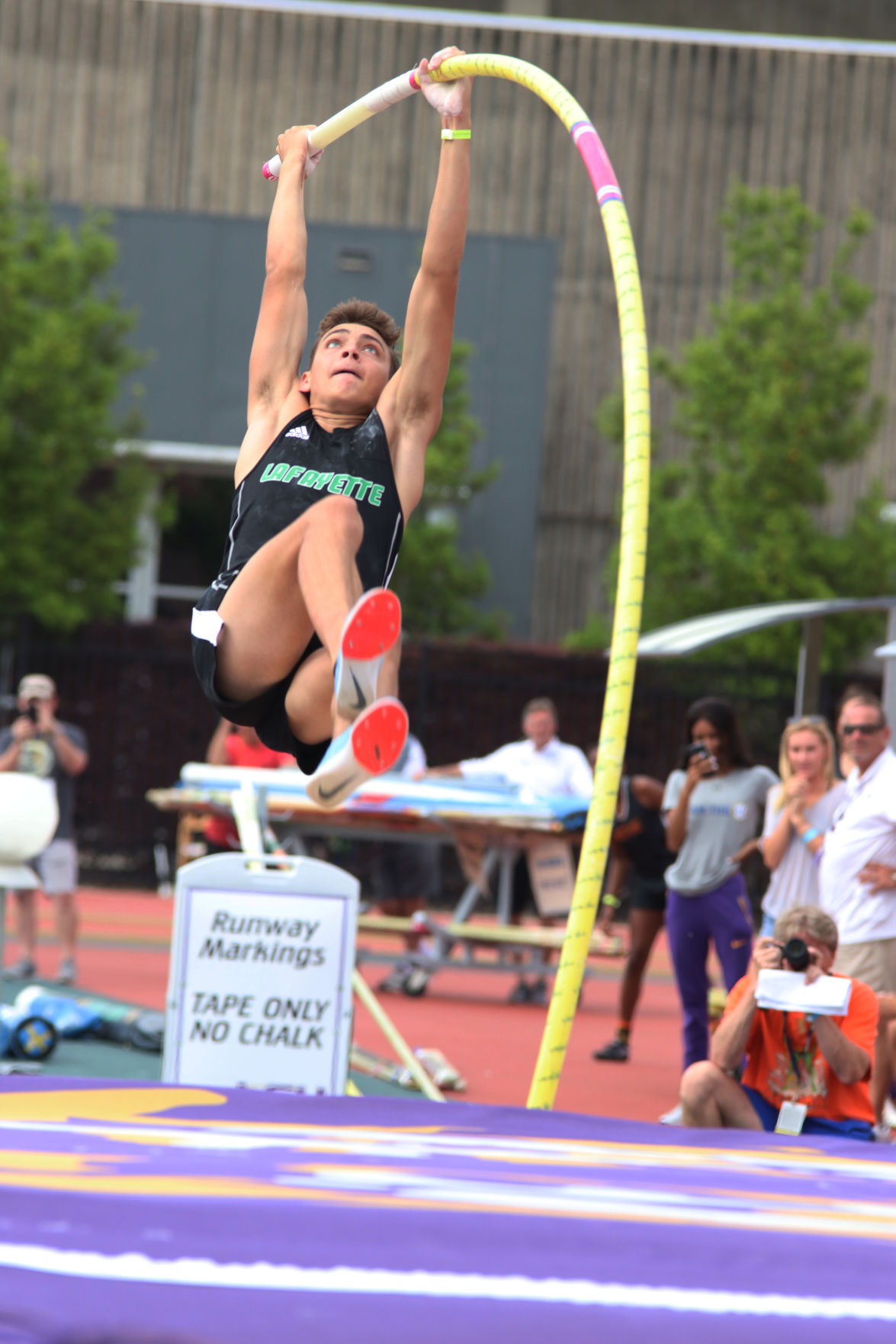 Lafayette High star and LSU signee Mondo Duplantis, shown clearing 19 feet, 5½ inches to win the Class 5A pole vault and set a world junior record on May 5, won gold at the IAAF U20 World championships at Tampere, Finland, on Saturday with a clearance of 19-1.

Lafayette High star and LSU signee Mondo Duplantis, shown clearing 19 feet, 5½ inches to win the Class 5A pole vault and set a world junior record on May 5, won gold at the IAAF U20 World championships at Tampere, Finland, on Saturday with a clearance of 19-1.

Yes, Mondo was magnificent from the time he burst on Louisiana’s high school track & field scene in 2015.

It has been over three years since his last LHSAA meet, but Mondo Duplantis remains a constant presence for a myriad of reasons that encompass records and dreams.

Moments after being handed one of the meet’s Outstanding Performer awards, Duplantis offered a blunt assessment that revealed charm and a grounded, self-awareness.

So many other records would follow during his Lafayette High career. That summer, Duplantis competed for Sweden for the first time and cleared 17-4 ½. By 2016, he cleared 18 feet and in 2017 he completed in one of the world’s top indoor meets — the Millrose Games.

Then in 2018, Duplantis cleared 19-3 indoors. His final LHSAA mark came in May when he cleared 19-5 1/2 … setting Class 5A and composite records at the LHSAA’s outdoor championships one last time.

Duplantis was not the first Louisiana athlete to dominate a track or field event during a high school career. But it was not just domination. He owned the pole vault and it was an ownership he has never neglected even after he began to criss-cross the globe to compete.

“I have never had a team with a pole vaulter, so I can’t speak about the event itself,” said Louisiana Track & Field Coaches Association President Julie Fink of Zachary High. “But as a coach and a spectator, it was so exciting and inspiring to watch him (Duplantis) compete.

“Mondo gives our athletes something to aspire to, to dream about and to work for no matter what events they do. They can look at him and say, ‘Why not me?’”

In 2018, Simms completed against Duplantis not long after picking up a pole for the first time. It was a star struck experience.

“He (Duplantis) came to Hammond for a meet. I had only been doing the pole vault for maybe a little over a month,” Simms recalled. “And he cleared the Olympic (qualifying) standard easily. He was focused, competitive, and professional. I got to meet him. It was incredible.

"I follow his career and so do other guys. He (Duplantis) is carrying the weight of this sport on his shoulders and he handles it. You can see he loves what he does and you always see the passion he has.”

“Once the four-minute mile was broken, other runners started breaking it. Maybe Mondo is doing that for us. I would like to think we can follow him.”

Louisiana athletes in Tokyo Olympics: Catch up with the local competitors going for the gold

One year late ... amid a state of emergency in Japan ... with few spectators — or, in most cases, none at all ... the Summer Games are upon us.

After winning a silver medal at the 2019 World championships, Mondo Duplantis set himself up for a run at Olympic gold Friday night when he sa…