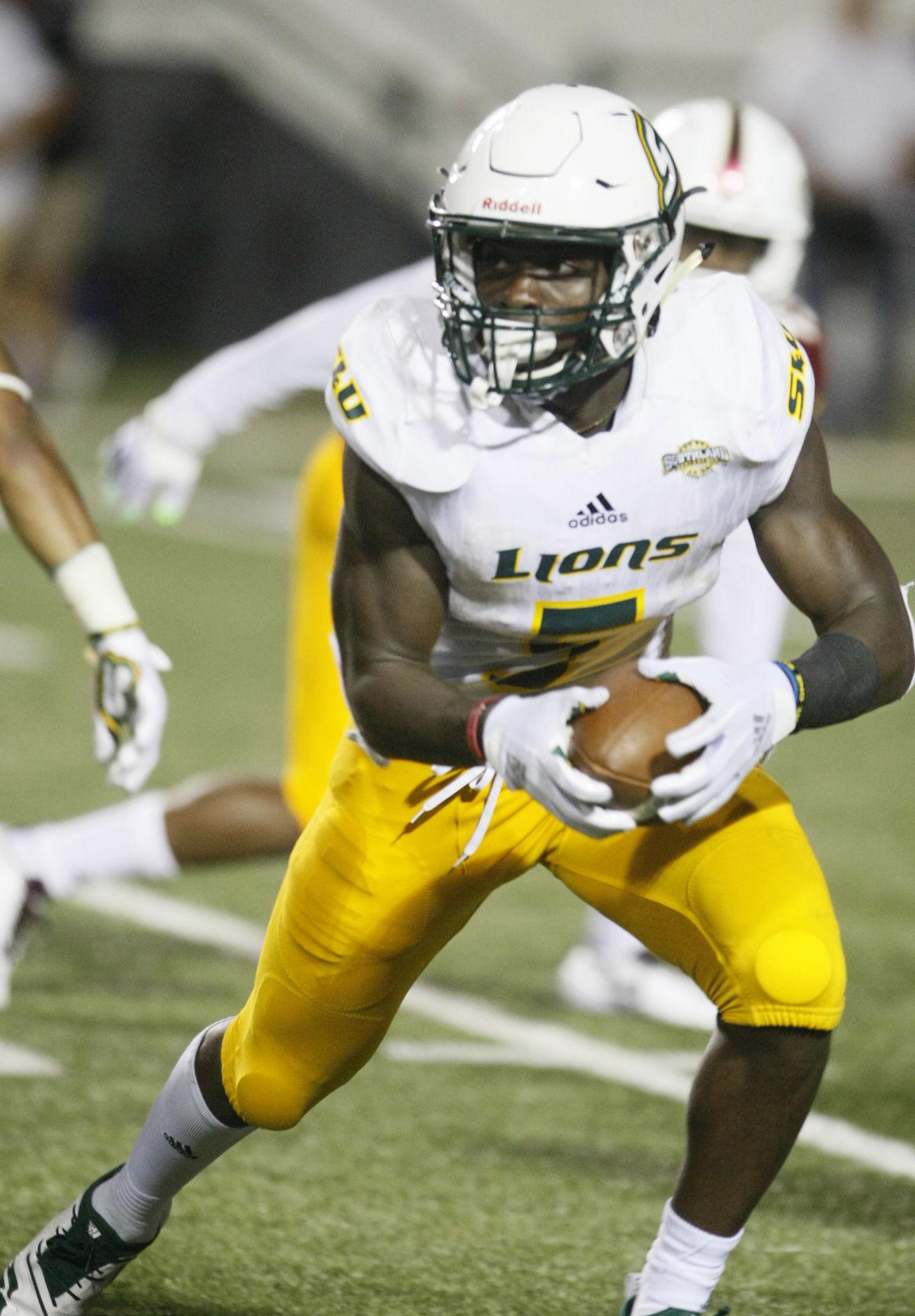 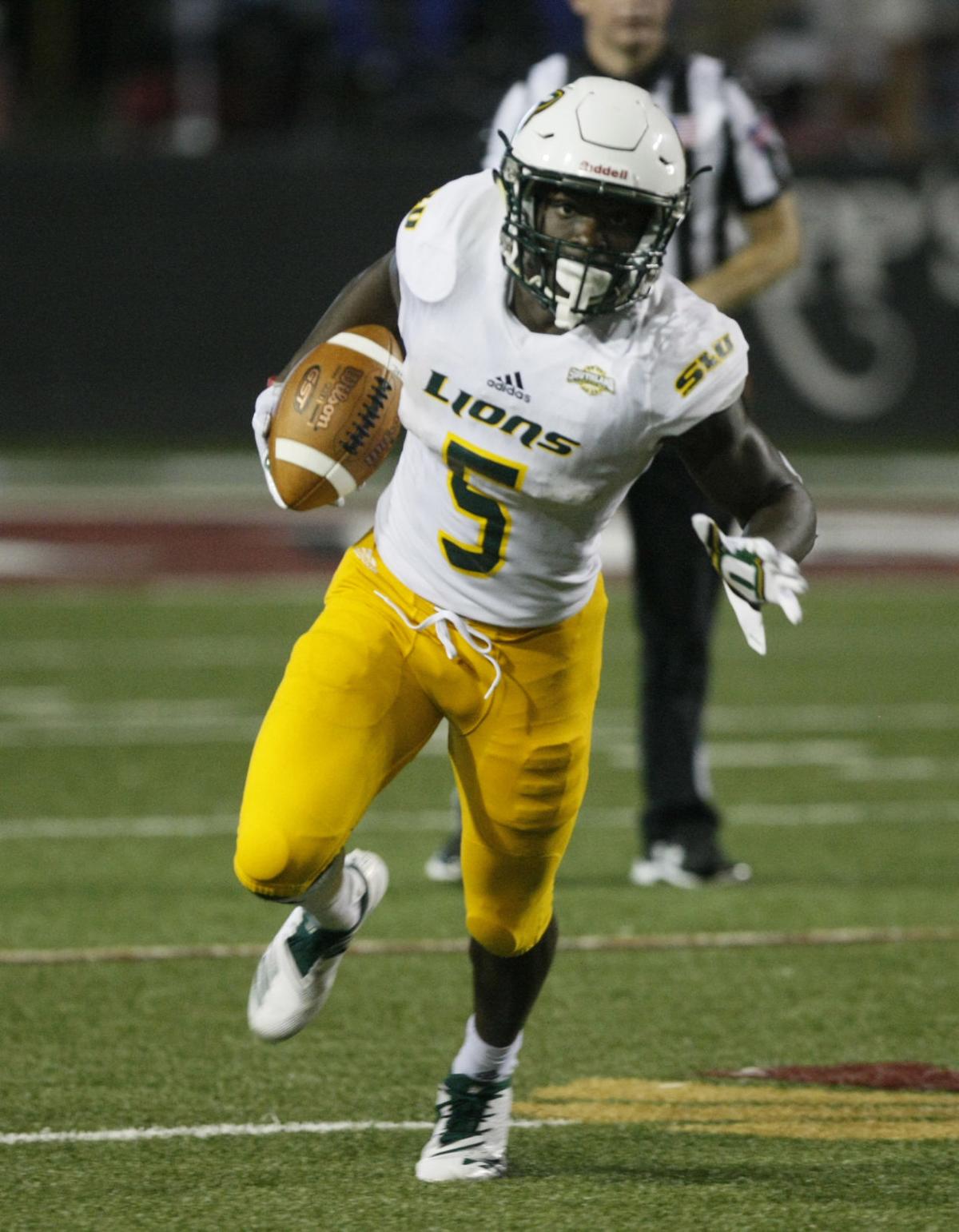 Before last Thursday’s season opener at UL-Monroe, Southeastern Louisiana's Juwan Petit-Frere had two career catches for 48 yards and a touchdown as a Lion.

After Southeastern's 34-31 loss to the Warhawks, Petit-Frere more than doubled that with five receptions for 148 yards and two TDs.

“Obviously he’s got some explosiveness, but everything’s on the way up," first-year coach Frank Scelfo said. "He’s trending upward. His best days are in front of him."

In 2017, Petit-Frere made a name for himself as a return man after ending the season as the FCS leader in kickoff returns, finishing with 796 yards and two touchdowns, while averaging 34.6 yards. He was also named a first-team All-American by Stats FCS and Phil Steele.

But Petit-Frere wasn't totally satisfied. He wanted to prove he’s more than just a return man.

“I only had two catches last year, so what I did was try to be consistent,” the junior from Orlando, Florida, said. “Just trying to catch balls consistently — make those difficult catches, catching the ball when I’m wide open and just trying to help my team out other than special teams.”

Petit-Frere credits Scelfo and his staff for giving him the right mentality and new opportunities to carve out a more prominent role on the Lions offense.

Scelfo saw his raw talent, but wanted to see the work in the classroom translate to the field.

Scelfo said Petit-Frere put the work in over the summer to improve.

"He kind of evolved into a really good receiver — route running, understanding coverages, catching the football — all those things," Scelfo said.

“It makes it so much easier," Virgil said. “He brings speed. He brings a certain type of player that many teams don’t have. We got a guy that can run routes really well, catch really well, does a lot of great things with the ball."

Both Scelfo and Virgil said Petit-Frere’s versatility is a bonus. Whether it’s splitting him out wide or in the slot, motioning him across the field, and even taking handoffs — he finished last season with 193 yards rushing and a touchdown, averaging 14.8 yards on 13 carries — the Lions feel comfortable with Petit-Frere.

“All he needs is one play and he’s scoring — whether it’s catching the ball, getting a handoff and things like that. So, he definitely makes our offense so explosive, giving us a lot of explosive plays,” Virgil said. “We’re creating matchups just moving him around in the slot, against (linebackers) and things like that so he’s a great asset to have.”

Against UL-Monroe, Petit-Frere caught a crossing route and took off for a 59-yard touchdown. Later in that game he added a 34-yard score after catching a short pass and making a defender miss.

“I just feel like with my speed, I feel like I’m a fast guy so I can get separation," he said. "I’m a big separation guy. I just trust my speed and just catch the ball and just go."

Heading into Week 2 against No. 11 LSU, the team will rely on Petit-Frere’s versatility to create mismatches.

“It doesn’t matter who we play, I just feel comfortable with myself and my teammates,” he said. “If my teammates believe in me, then I believe in my teammates. They give me strength and give me motivation to go out there and do what I have to do.”

He also noted that after watching film, LSU’s blitz packages can cause some trouble for the Lions, but he’s ready for the challenge their defense brings.

“We just have to keep our composure, just believe in ourselves and stay consistent from today’s practice and tomorrow’s practice. Everything’s got to be consistent,” he said.