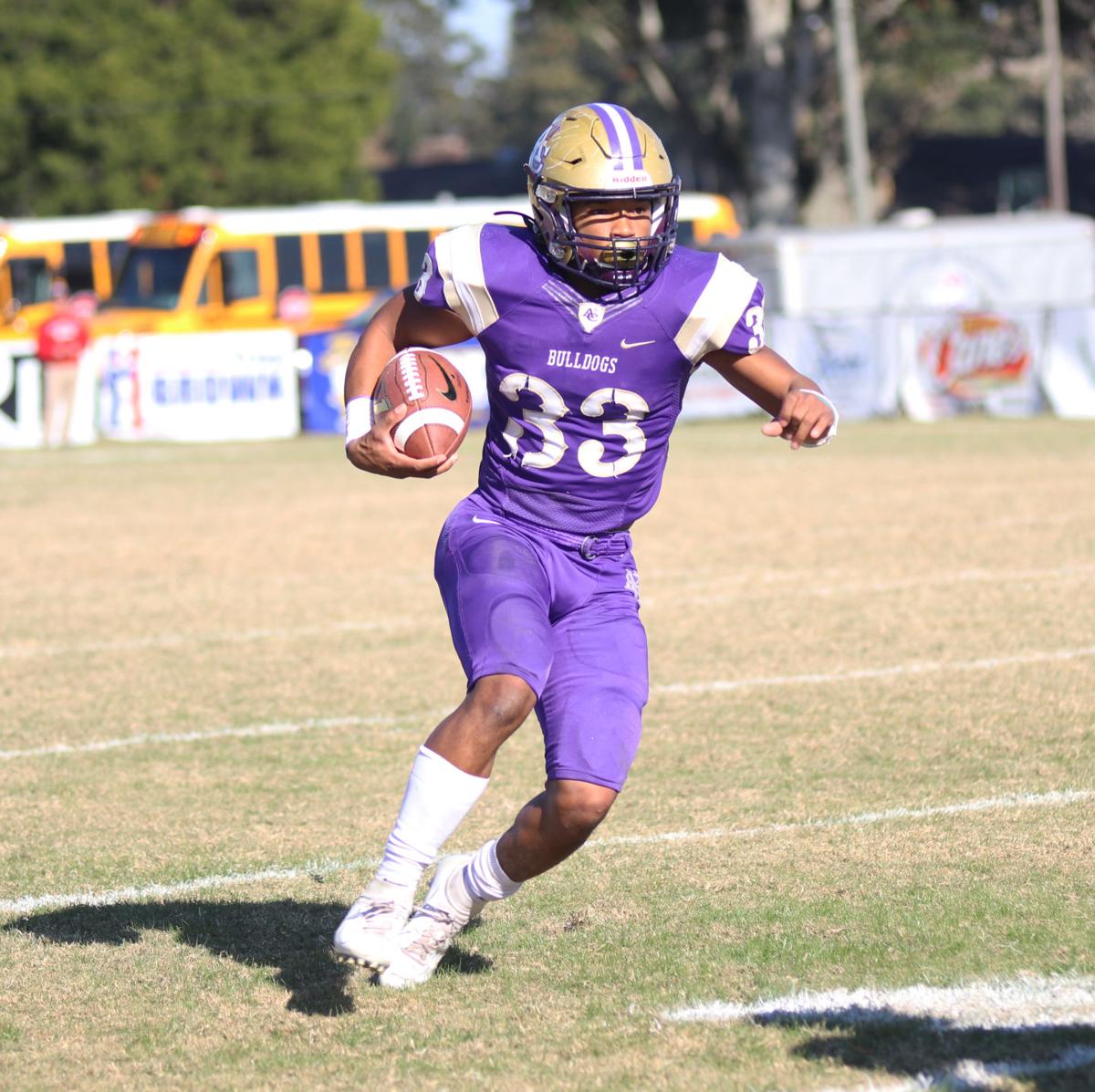 Ascension Catholic’s Jai Williams was selected the Outstanding Player on the All-Metro football team for classes 3A, 2A, 1A. 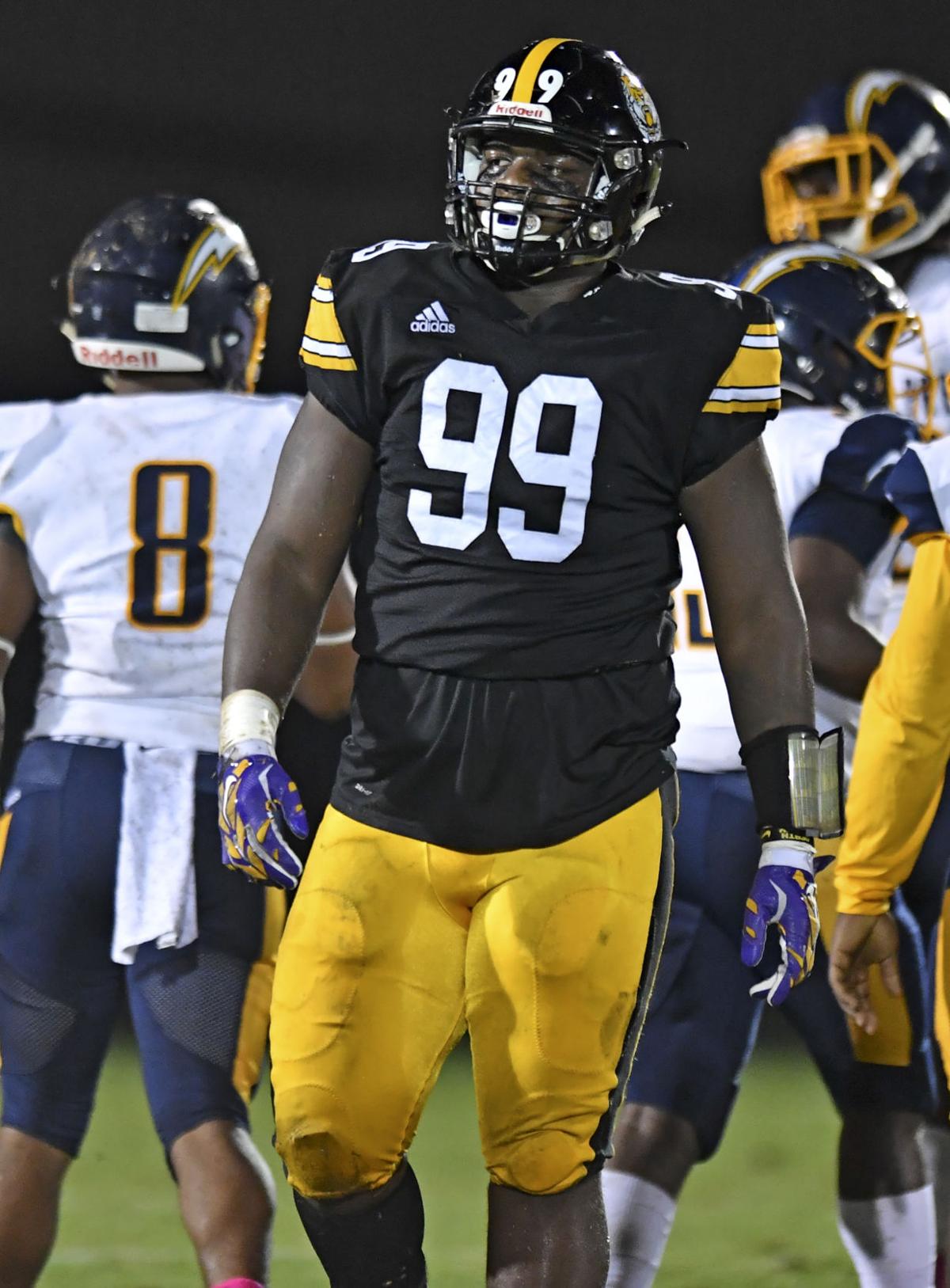 University High's Jaquelin Roy was selected the Outstanding Defensive Player on the All-Metro football team for classes 3A, 2A, 1A.

Ascension Catholic’s Jai Williams was selected the Outstanding Player on the All-Metro football team for classes 3A, 2A, 1A.

University High's Jaquelin Roy was selected the Outstanding Defensive Player on the All-Metro football team for classes 3A, 2A, 1A.

Averaged 11.5 yards per carry and led his team to the Division IV quarterfinals with 1,410 yards and 23 touchdowns on 123 carries. Led the Bulldogs to an unbeaten regular season, the District 7-1A title and a 10-1 overall record. Scored 27 total touchdowns and 168 points. Williams finished his career with 7,378 yards rushing and 104 touchdowns.

Ran for 1,295 yards and 19 touchdowns on 195 carries to help power the Knights to an 8-2 regular season, a No. 6 playoff seed and a berth in the D-III quarterfinals.

The top option for a potent rushing game, he rushed for 1,343 yards and 26 touchdowns on 117 carries as Catholic advanced to the Division IV title game.

Was the go-to receiver all season for the Division IV semifinalist Kittens with 55 receptions for 1,098 yards and 16 touchdowns.

A two-way threat, Williams caught 36 passes for 743 yards and scored 11 touchdowns to help the Chargers advance to the Class 3A quarterfinals.

Just a sophomore, he helped lead the Class 3A champion Wildcats with 38 catches for 601 yards and six touchdowns, all team highs.

A Tulane signee, he was the top lineman for a balanced attack as the Cubs advanced to the Division II semifinals with an impressive season.

A two-way lineman and a top blocker for an offense that produced a 1,000-yard rusher and 38.3 points per game for the Bulldogs.

Another two-way starter who set the tone for the offense as the run-oriented Buffaloes advanced to the quarterfinals.

The junior left tackle helped pave the way for 1,000-yard rusher Sean Lebeouf and an offense that averaged 37 points per game.

The top lineman for the Class 3A Panthers, who made it to the state quarterfinals for the first time in school history.

Title-game MVP passed for 1,251 yards and 11 touchdowns, ran for 887 yards on 142 carries and 19 TDs, returned kicks and played receiver for the 3A champions.

Averaged 41.9 yards per punt for the 3A champions and was an offensive weapon — making all 10 of his field-goal attempts with a long of 45 yards.

Considered one of the top 2020 prospects in Louisiana, the 6-foot-4, 305-pound LSU signee helped the Cubs reach the Division II semifinals with 96 tackles, eight sacks, 19 tackles for loss, three forced fumbles, two fumble recoveries and two blocked extra points. He chose to stay home and play for the Tigers over an offer from Alabama.

An Ole Miss signee, he was a defensive leader for the 3A Eagles with 46 tackles, six tackles for loss, three sacks and two fumble recoveries.

A two-way player for the Tigers, he had 49½ tackles, 16½ tackles for loss, 10½ sacks, seven quarterback hurries and three forced fumbles.

Anchored a defense that held opponents to 13.6 points per game and helped EIHS advance to the 1A quarterfinals for the first time.

Led a defense to shutouts in two of its final four games with 56 tackles and 12 tackles for loss and rushed for 22 TDs as WCHS made it to the 1A title game.

Was a top defender for the Division IV runner-up Hornets, finishing with 75 tackles, 14 pass breakups and six interceptions.

A ball-hawking safety who made the most of his opportunities with 54 tackles and 8 interceptions for the 2A/D-III Knights.

A Georgia signee, he excelled on both sides of the ball and finished with 63 tackles, eight tackles for loss, two sacks, three interceptions and a fumble recovery.

A threat in open space at any time, he led the Lions with 18 touchdowns on a variety of offensive, defensive and

Set the tone for the Bulldogs’ 1A runner-up finish with five interceptions on defense and also had 2,659 yards of offense and 27 total TDs.

COACH OF THE YEAR

It was a season to remember for Valdez and the Wildcats, who finished 15-0 and won their first state championship since 1979 with a 51-14 win over Jennings in the Class 3A title game. Valdez is 42-12 in four seasons at St. James.