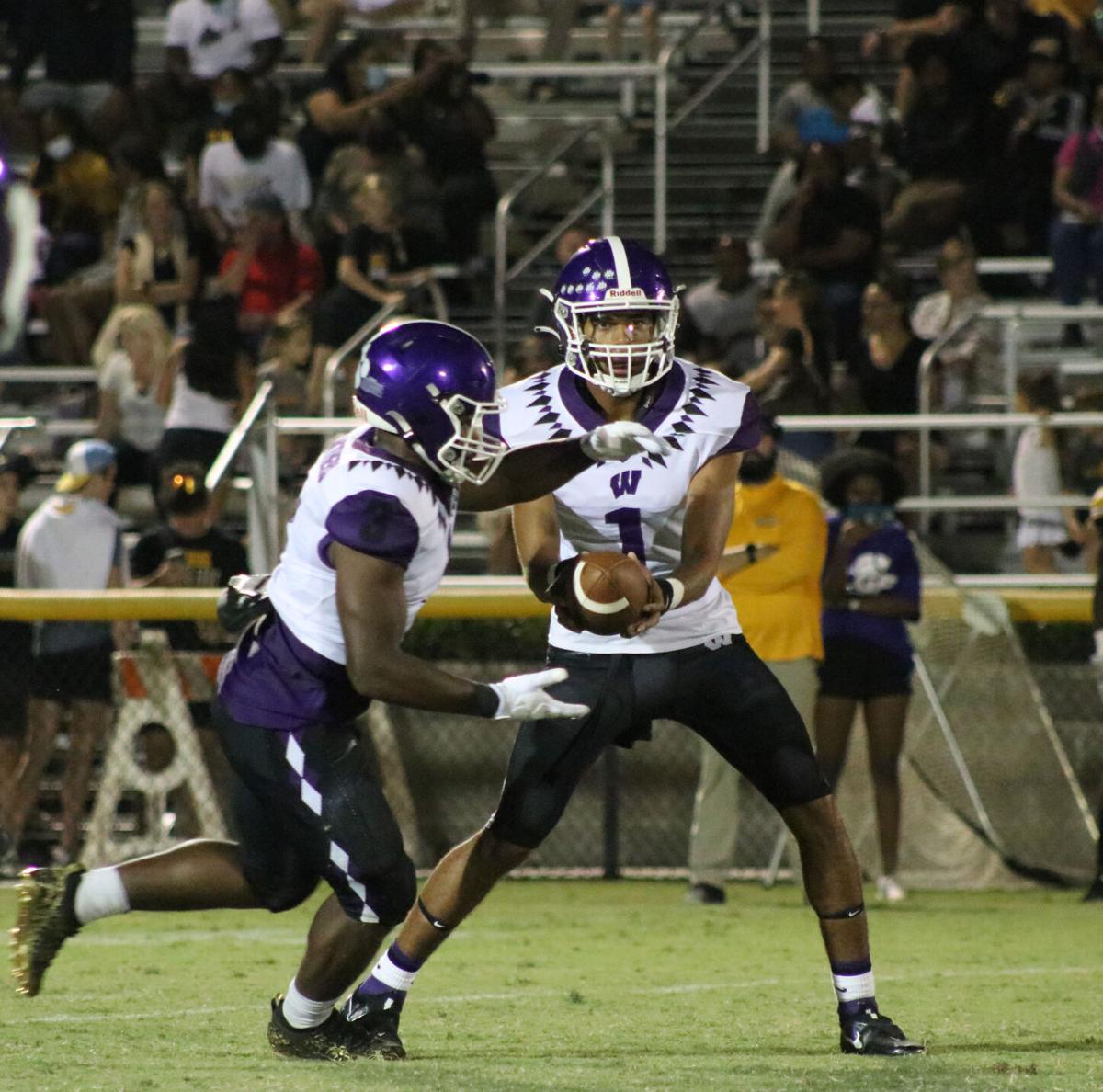 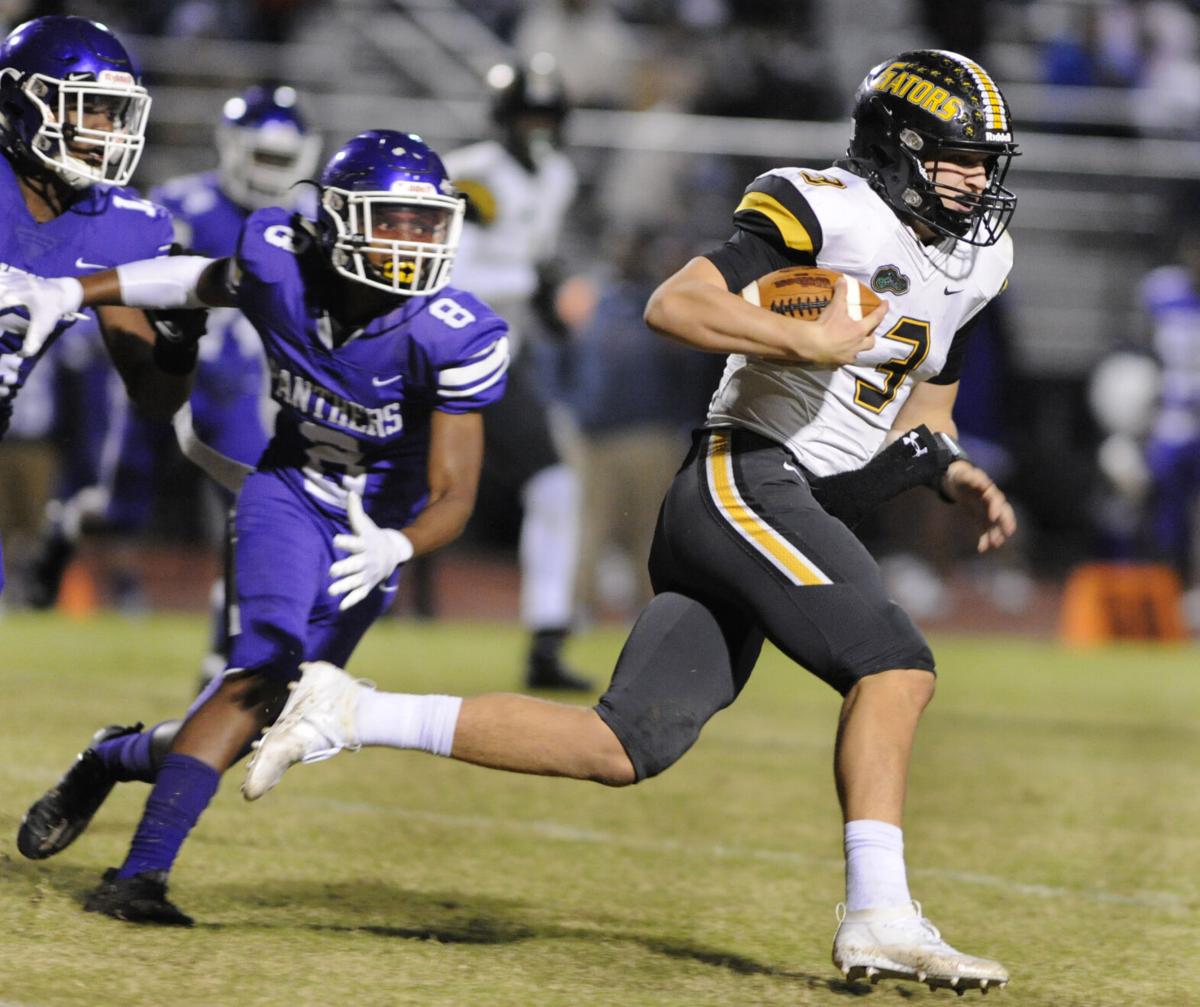 St. Amant quarterback Cole Poirrier runs away from Woodlawn defenders on a keeper for a long gain, on Friday night, at Woodland High.

St. Amant quarterback Cole Poirrier runs away from Woodlawn defenders on a keeper for a long gain, on Friday night, at Woodland High.

“This is going to be a big one for us,” Woodlawn coach Marcus Randall said. “St. Amant is another good team. I think all the teams we have played so far are (a combined) 22-2 and (the Gators) are 5-0.

“We need to start fast. We had to game plan for (St. Amant quarterback Cole Poirrier) last year. By playing a few games in a row, I think we are finally getting into a groove.”

“Cole is a veteran back there and he knows how to spread the ball around,” St. Amant coach David Oliver said. “He knows how to run our offense. That will be big for us against a very talented team that has played one of the toughest schedules in the state.”

Though the Gators are undefeated and Woodlawn is coming off a win over previously unbeaten Dutchtown, finding a rhythm has been a challenge for both teams.

Both had games canceled by Hurricane Ida. Because of storm-related delays on artificial turf installation, St. Amant and East Ascension have played home games at Dutchtown. The Gators played three Saturday games and now have a Thursday contest.

Woodlawn got a COVID-19 forfeit win over Madison Parish sandwiched between losses to 3A University High and 5A power West Monroe. The Panthers’ Rickie Collins has found a comfort zone since the second half of a loss to second-ranked Zachary and has 818 yards passing and three TDs.

Poirrier has passed for 1,087 yards and 16 touchdowns. He has completed passes to 10 Gators receivers and is also St. Amant's leading rusher and punter/kickoffs specialist.

The thing the Gators want to avoid is a repeat of last season. St. Amant led at halftime before the Panthers took control to post an easy win. What Randall wants is more rhythm.

“I think Rickie has finally found his zone and is comfortable back there when there is a pass rush,” Randall said. “We can see the line is putting it all together with their blocking schemes. We’ve got to keep getting better, starting this week.”

Let there be lights?

Broadmoor’s District 7-4A game against Plaquemine (1-4, 1-2) has been moved to Woodlawn on Thursday night. The Bucs (0-6, 0-3) have not hosted a game at their stadium because of storm damage that knocked out the lights.

East Baton Rouge School athletic coordinator Lynn Williamson said she is “hopeful” power to the lights can be restored in time for Broadmoor's Week 8 homecoming game against Livonia.