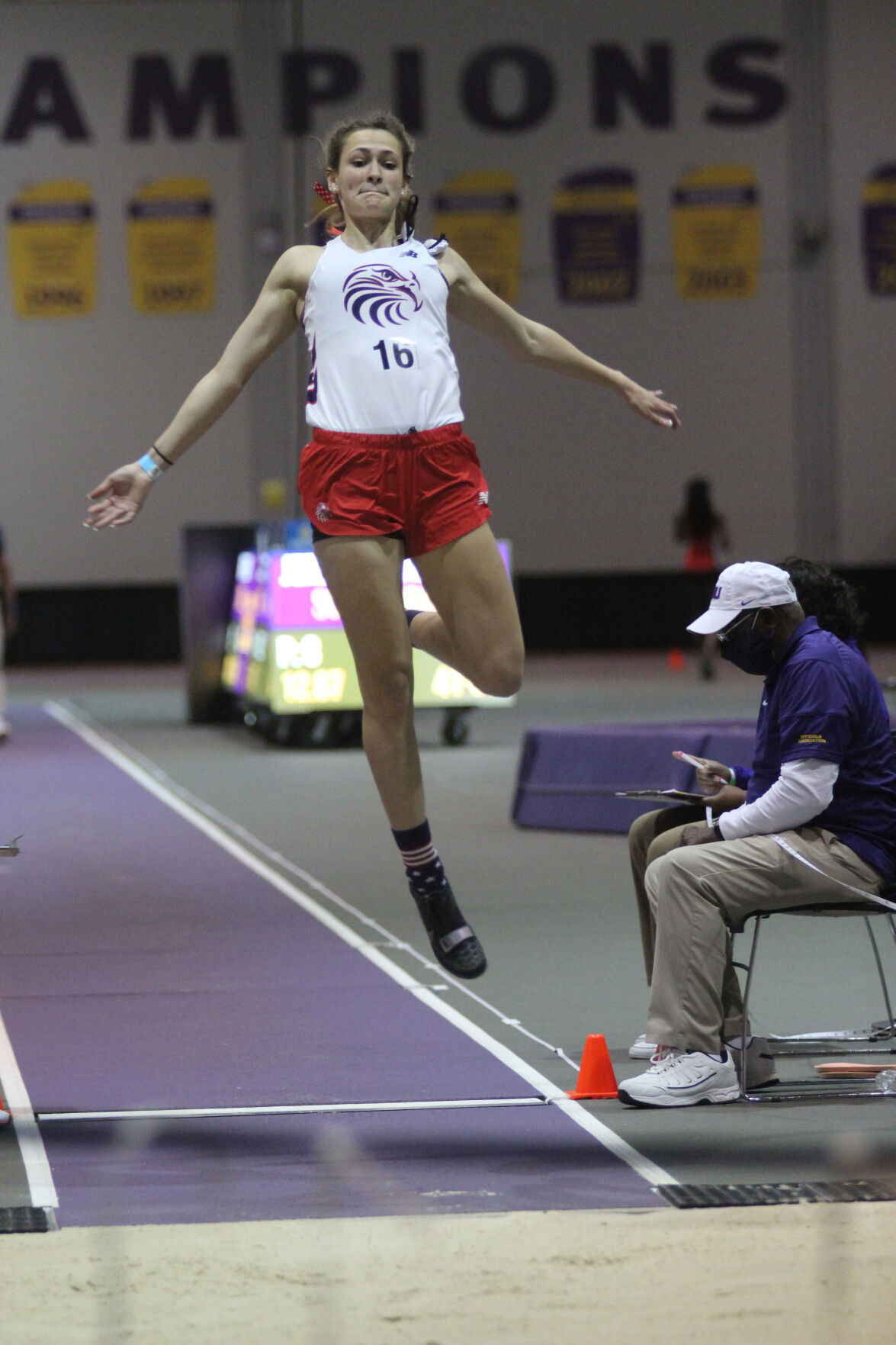 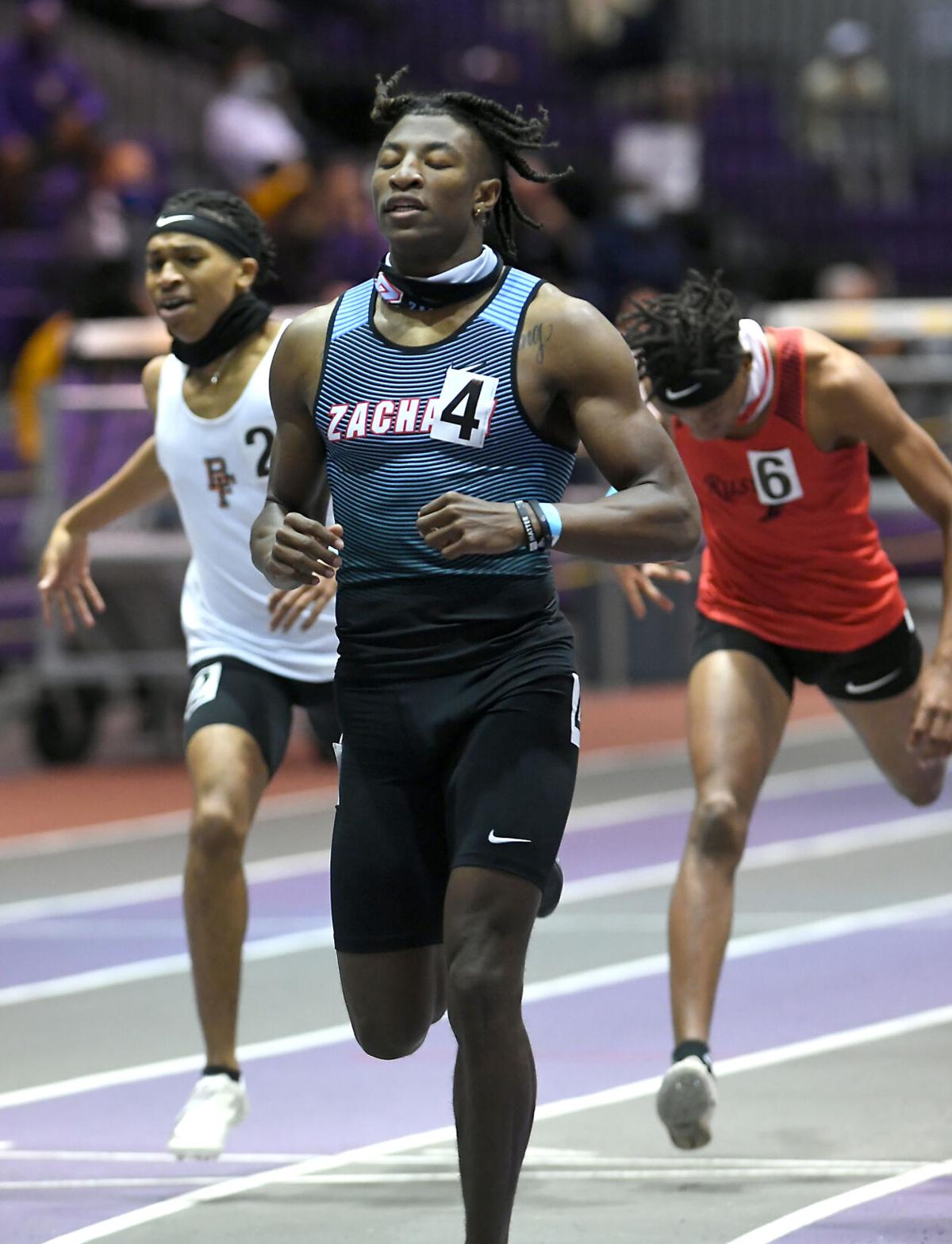 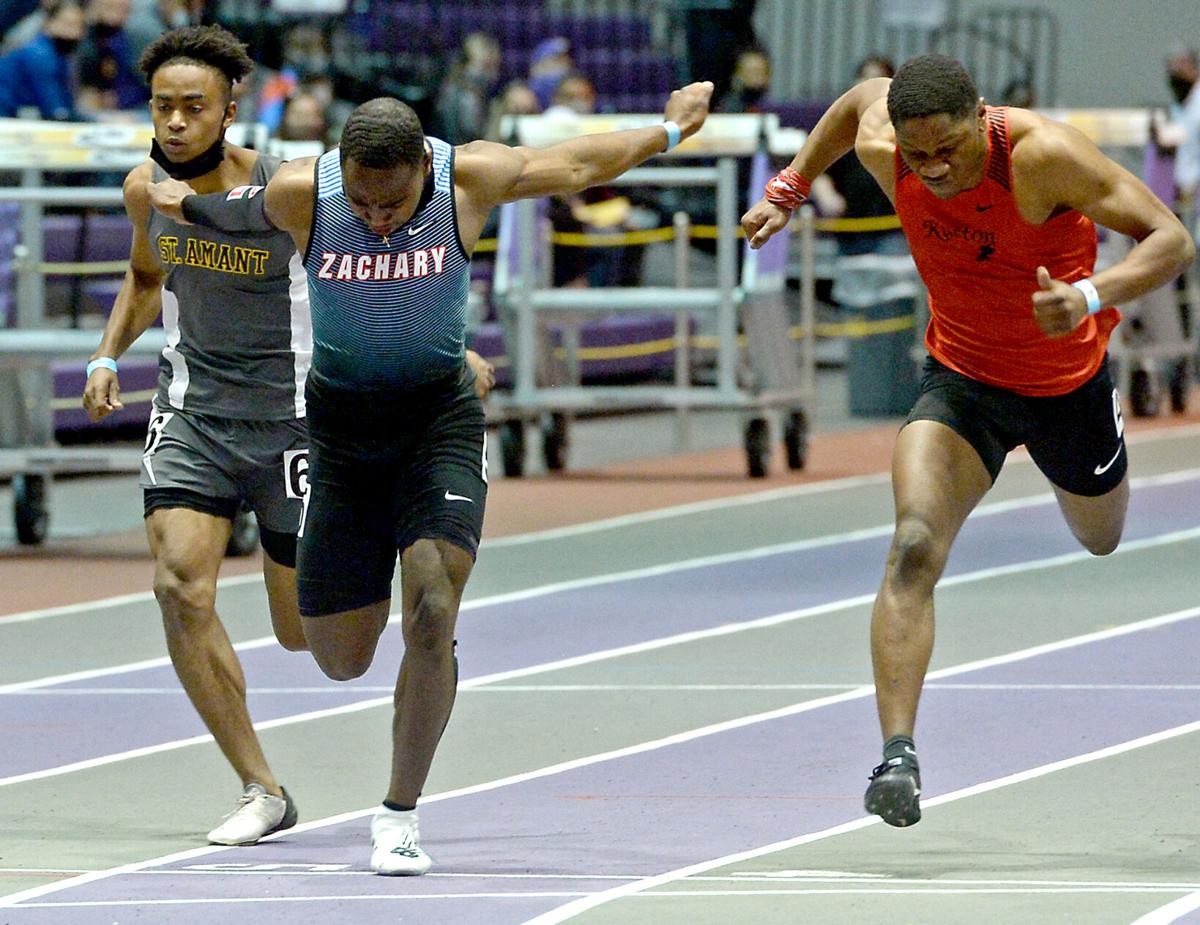 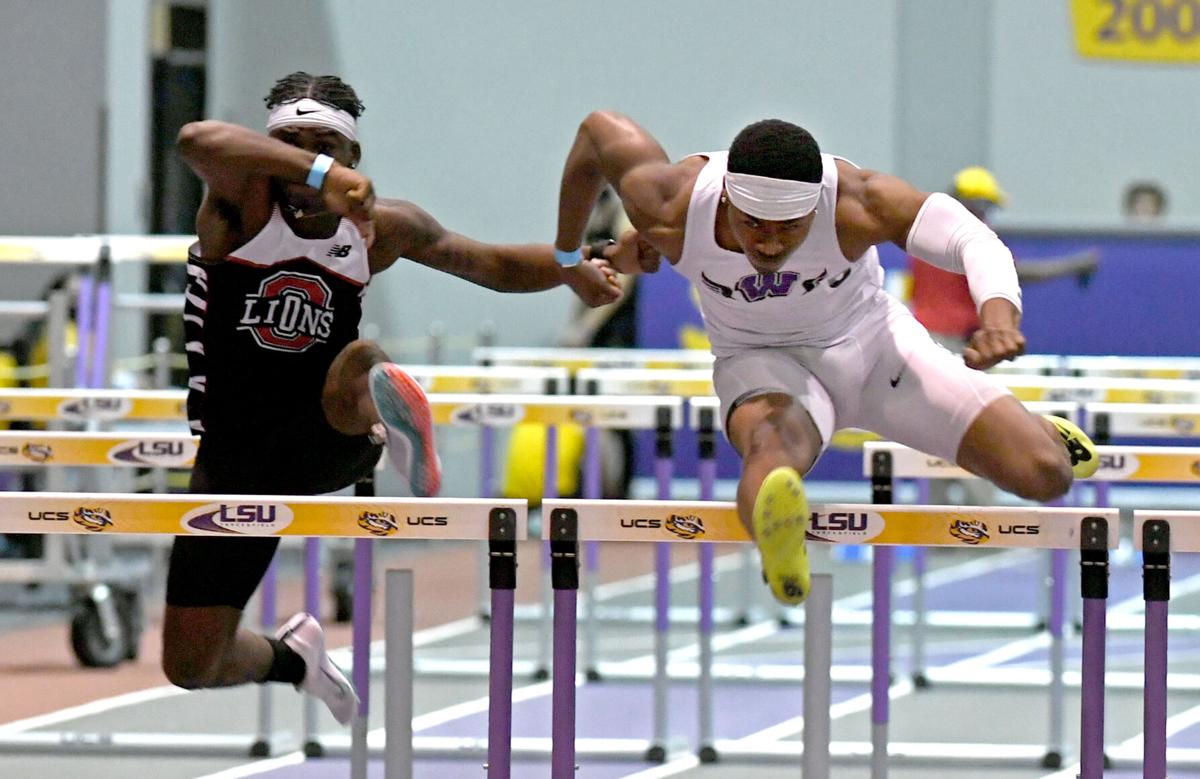 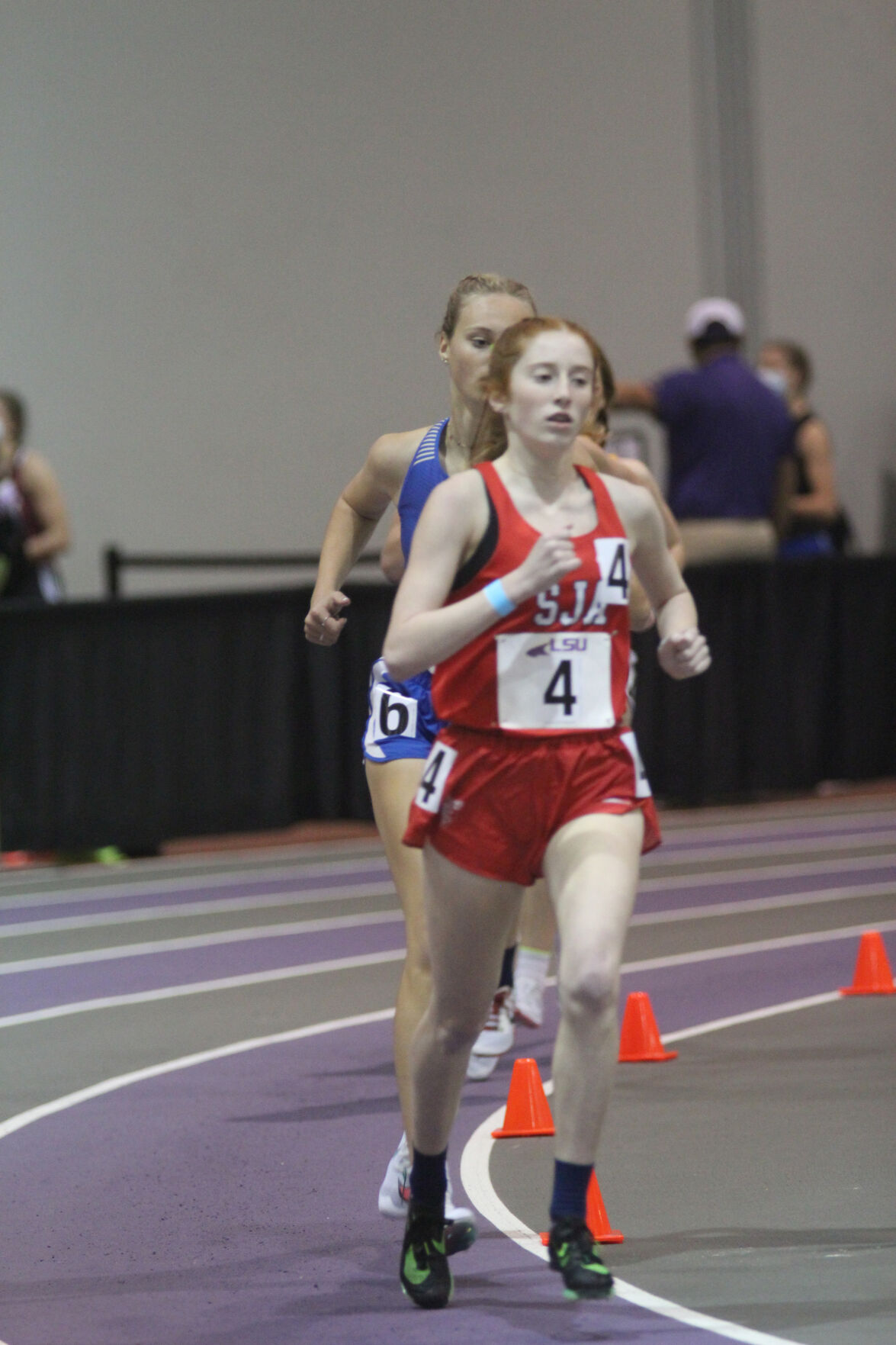 As the Division I girls 4x400-meter relay finished with his team in second place, St. Joseph’s Academy coach Charlie Daigle said what others were thinking.

“I can finally breathe,” Daigle said, acknowledging that his team had son its second consecutive title at the LHSAA Indoor Championships track meet.

The Redstickers’ title was part of a hugely successful day that saw local schools win three of the four team titles. Each had its story line.

For a Zachary High boys team known for speed, distance races made the difference. The Broncos’ ousted Ruston for the Division I boys title 87-74. SJA edged John Curtis 76-70 with Zachary finishing third.

“Incredible … first of all that we got to have a season and this meet,” Daigle said. “Placing first or second in this division is tough and to do it two years in a row is amazing.”

Beard won the long jump in 39 feet, 8 inches, and the long jump in 18-9, along with finishing second in the 60 hurdles. There was no record for Hilton the high jump. He stopped after establishing a winning height of 6-6¼ in order to prepare for the final relay.

But it was his second place in the 3,200 that extended Zachary’s lead over Ruston to an insurmountable 11 points with one event remaining. Beard won the long jump in 39-8 and the long jump in 18-9 for the ZHS girls.

“I just love these guys and the way we work together,” Tate said. “We came with a goal and accomplished it.”

Oliver Jack’s winning shot put toss of 52-9½ was the best in both divisions and helped ignite the Knights' march to a title.

“We were all determined to do what we had to today because we remembered the seniors last year," Jack said. "They lost the outdoor season (because of the pandemic). We were not going to take this chance for granted.”

The most prolific performer of the meet was Parkview Baptist’s Ariel Pedigo. Her winning leap of 5-6½ was part of an impressive string of finishes.

Pedigo then won the long jump in 18-8. After a second place in the shot put, Pedigo won the Division II 60 hurdles in 9.22 seconds. She finished with 38 points to help the Eagles finish third with 42 points.