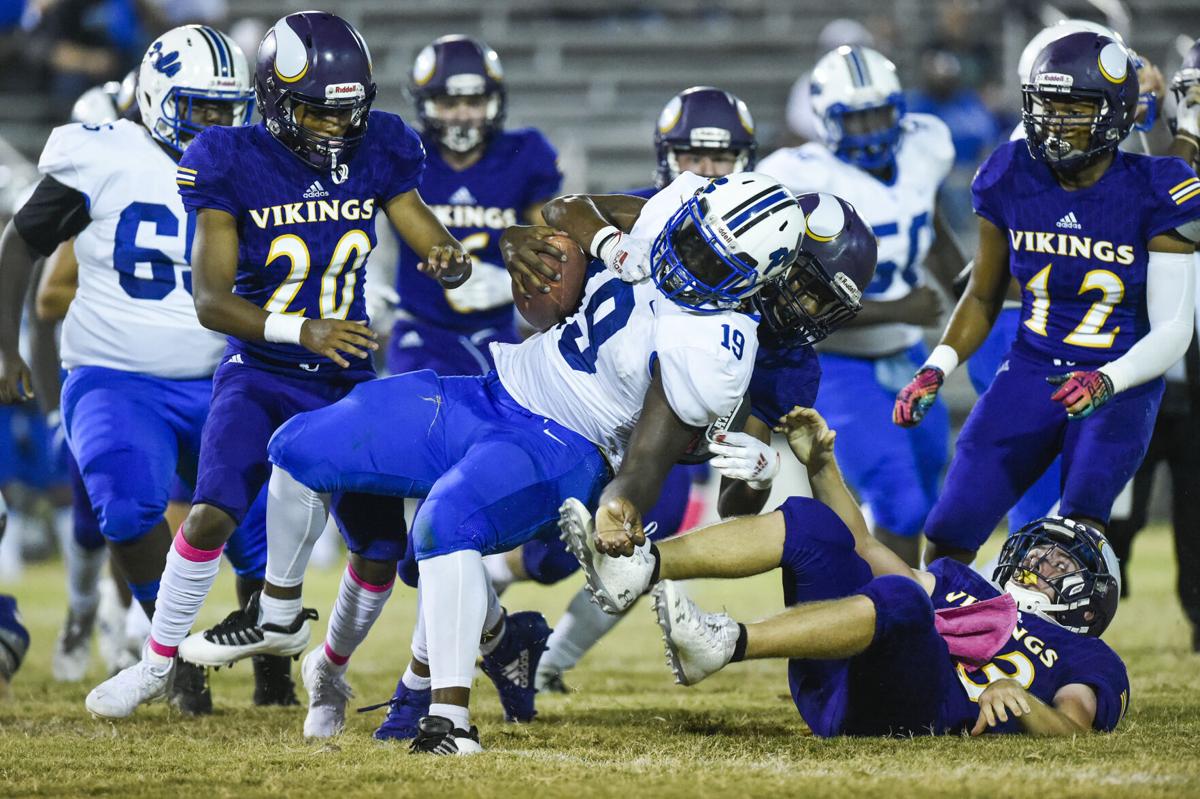 Port Allen running back Jordan Antoine (19) is brought down by the Opelousas Catholic defense during the Pelicans' 41-39 road win over the Vikings on Thursday at Donald Gardner Stadium. 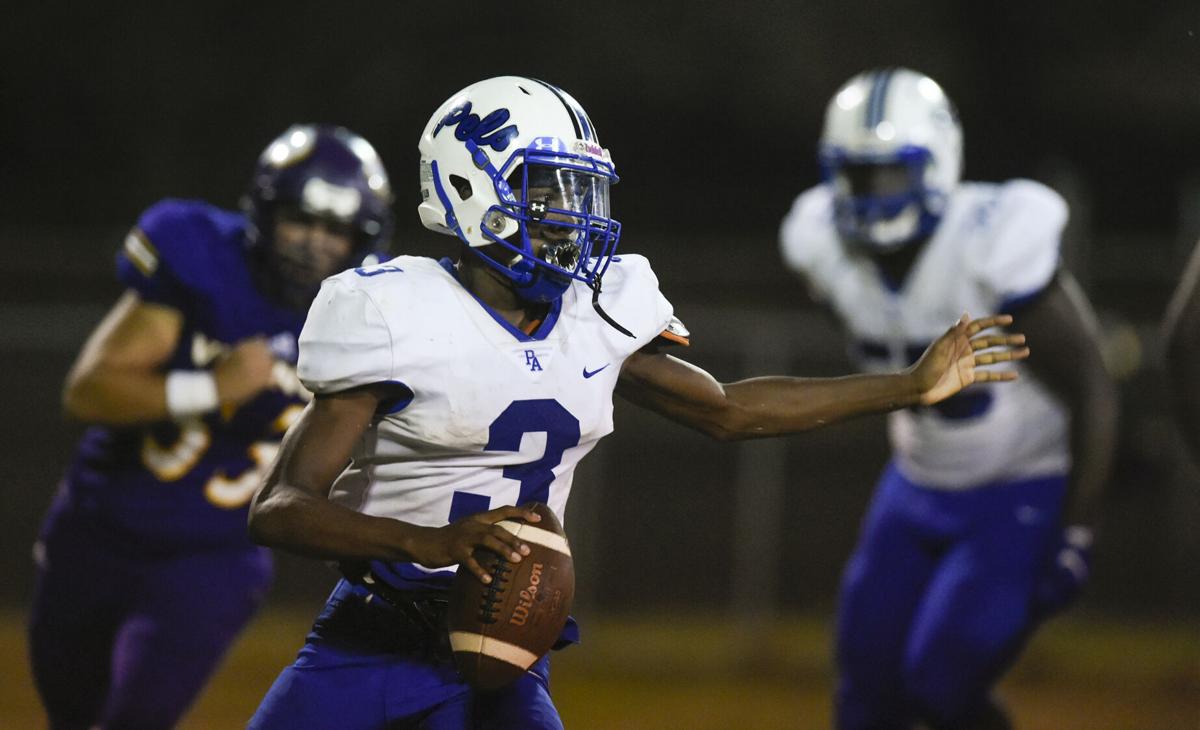 Port Allen running back Jordan Antoine (19) is brought down by the Opelousas Catholic defense during the Pelicans' 41-39 road win over the Vikings on Thursday at Donald Gardner Stadium.

It seemed like every time Port Allen needed a big play during Thursday’s thrilling 41-39 road win over Opelousas Catholic at Donald Gardner Stadium, the Pelicans opted for Mekyle Franklin.

So really, it shouldn’t have surprised anyone that it happened again at third-and-15 from the Vikings’ 34 with 1:55 left while clinging to a 34-32 lead.

Instead of choosing the traditional route of running the ball to run clock, Pelican’ coach Don Gibson went for the finishing blow.

And although the pass play wasn’t necessarily targeted for Franklin, the senior playmaker delivered once again anyway with a 34-yard touchdown catch to provide enough cushion over the pass-happy Vikings for the win.

“They weren’t even supposed to throw it to me, but it was a busted coverage by them,” They didn’t cover me. So I ran the route and I said, ‘Oh, I hope he sees me.’ He saw me and I was able to break a few tackles and it was a touchdown.”

Franklin finished with two receptions for 51 yards. Most of his other damage was done on the counter, exploding for 121 yards and two touchdowns on 10 carries.

“That play for the last two years since we put it in has been our bread-and-butter play — something that when we’re in kind of a bind, we can go to,” Gibson said. “And we’ve got a guy who does a great job with it.

“He’s got some wheels on him and he does a great job. The dude is a super ultra competitor. He’s just a football player. We’ve got to get the ball in the right guy’s hands, just like they do.”

Early in the second quarter, Franklin broke loose for 24 yards on second-and-16 and then ended that drive with a 27-yard TD run on the counter for a 20-7 Pelicans lead with 6:29 left until halftime.

“That play works,” Franklin said. “It’s hard to stop. My teammates need me, so I just try to put myself in position to do what I can do to help them out. They look to me. I’m a senior on this team. I’m a captain on this team, so they look to me to make big plays. So I’ve got to make them. I have to make them.”

The Pelicans flirted with the passing game some in the first half, but once the third quarter rolled around, it was a steady diet of Jordan Antoine and Christian Gantt.

The first drive of the second half covered 59 yards on nine running plays in 4:25 to serve notice of the punishing rushing style to come.

“We have our identity and that’s to run the football,” Gibson said. “We did some things in the first half that were a little uncharacteristic of who we are as a football team, but in the second half, we made our necessary adjustments and we played the type of football we needed to play.”

Antoine finished with 51 yards and a score on 13 carries, while Gantt added 47 yards on nine tries.

As it turned out, the Pelicans would need every bit of their 267-yard rushing performance to hold off the Vikings. OC quarterback Drake Guidry was 25-of-40 passing for 347 yards with five touchdowns and also rushed six times for 28 yards and another score.

“It’s tough, it’s tough,” Gibson said of defending the pass. “When a team throws the ball as many times as they do and they have the guys to throw the ball to, it makes it tough. Then when you have a guy like No. 3, you try to do some game-planning around him, but you know it’s hard to simulate what that kid can do.

“It was hard,” Franklin said of defending Coleman. “I mean, he’s a five-star receiver, so it’s going to be hard. But one man can’t run the show. As a team, if we play together, we’re going to win.”