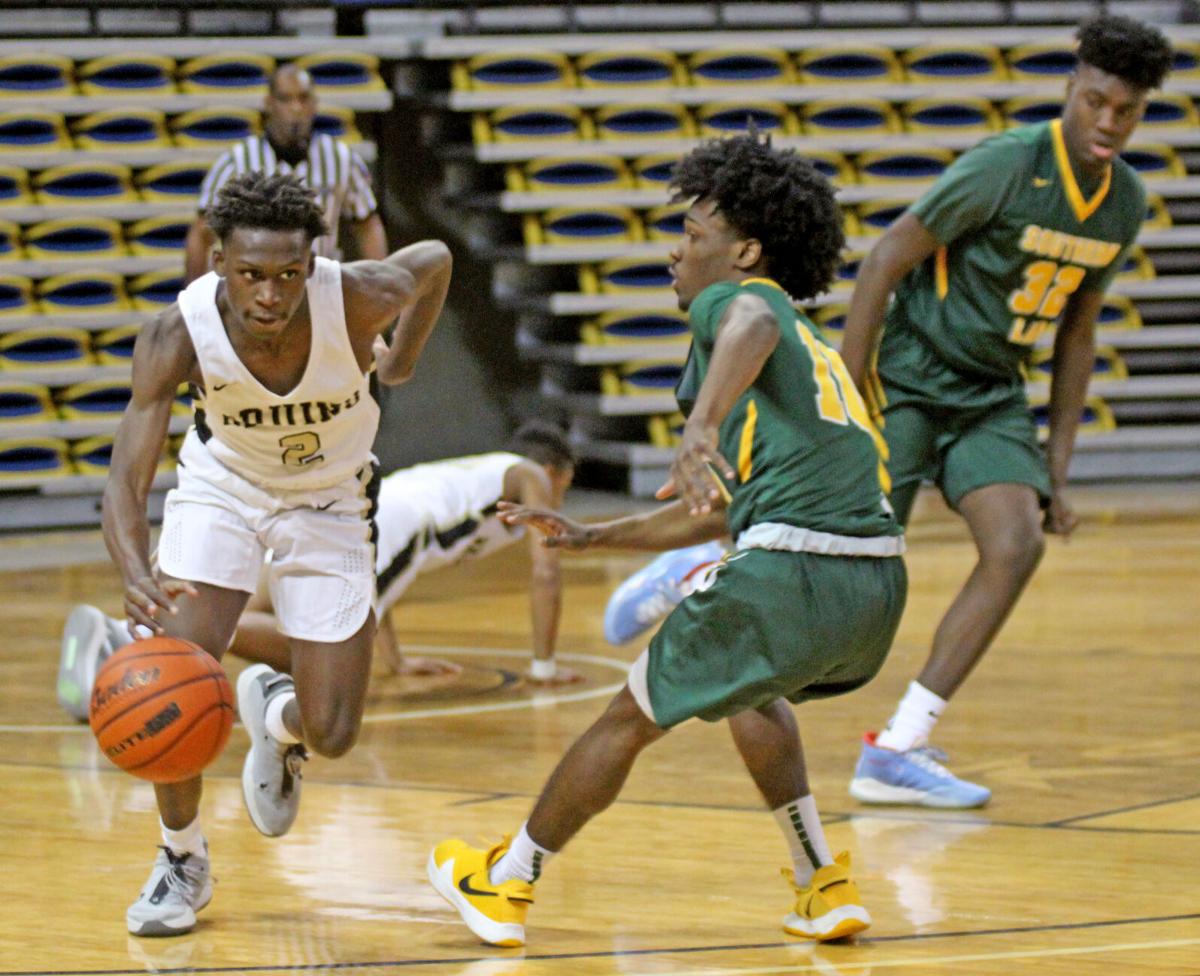 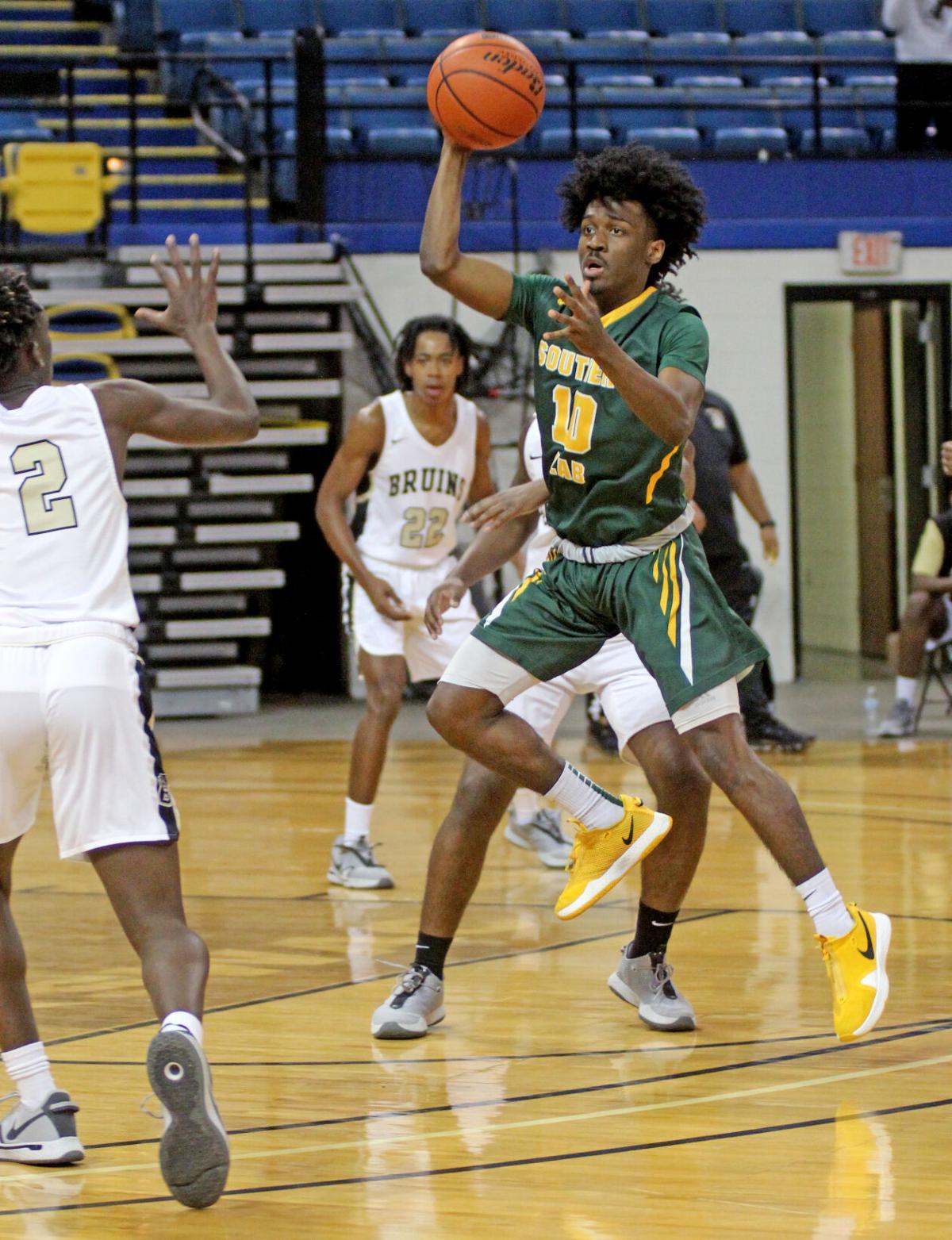 Southern Lab’s Donovan Davis goes airborne before throwing a pass against Bonnabel in the Battle on the Bluff on Saturday at Southern's F.G. Clark Activity Center. 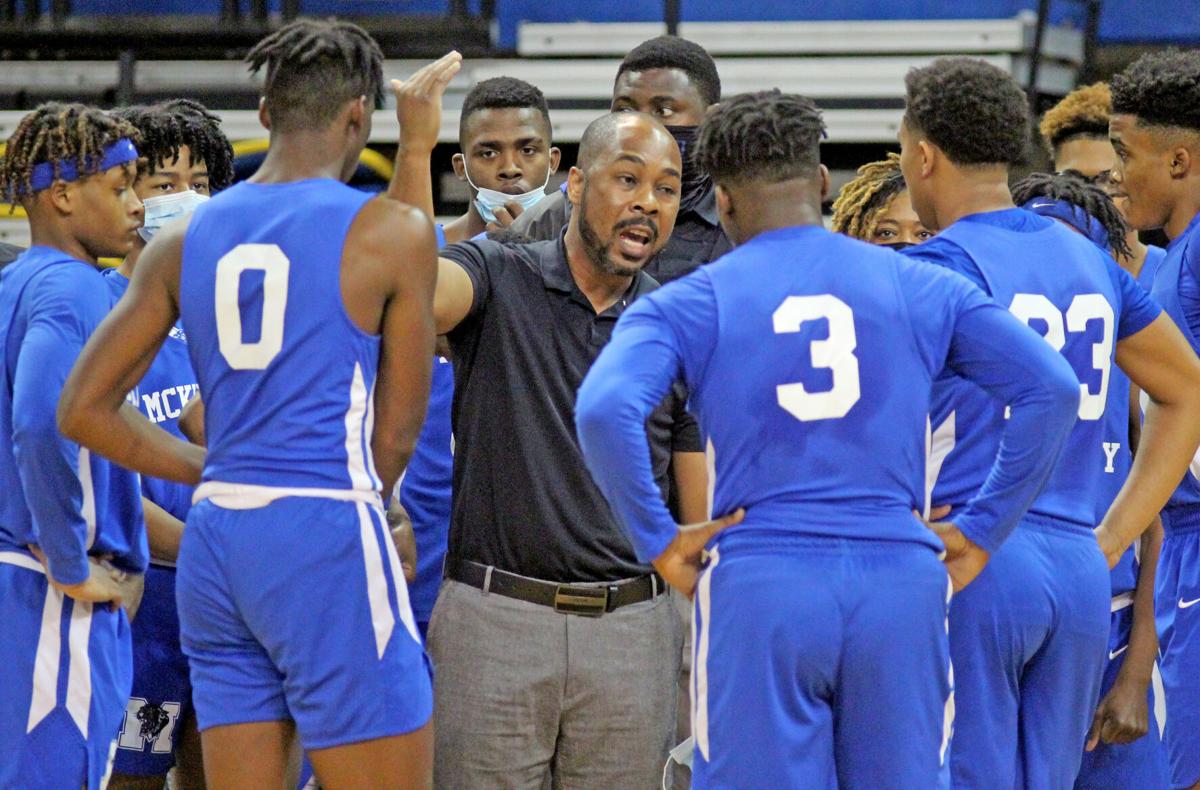 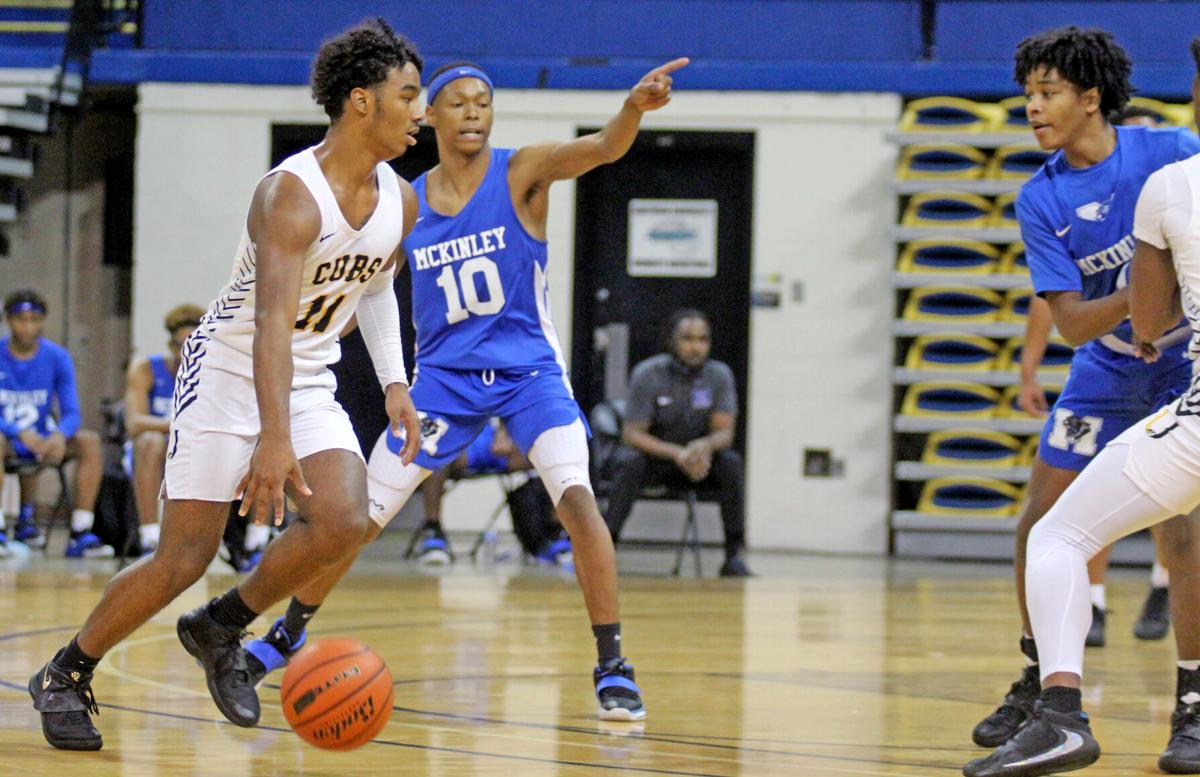 Southern Lab’s Donovan Davis goes airborne before throwing a pass against Bonnabel in the Battle on the Bluff on Saturday at Southern's F.G. Clark Activity Center.

Southern Lab had a first half to forget against Bonnabel.

Despite outscoring Bonnabel in the second half of Saturday’s 60-37 loss during the Battle on the Bluffs, it wasn’t enough to overcome a 10-point first half, six of which came with less than a minute left in the half.

Allen proved to be a problem in the post for Southern Lab, keeping the ball out of the post defensively and dominating with his offensive rebounding. The 6-foot-8 senior finished with 14 points. Allen, Johnson and Nomat Dijol all had 14 for the Bruins, while Jamal Drewery was the only Kitten in double digits with 13.

“(Allen) opens things up for us,” Bruins coach Micah Hagans said. “Everyone tends to sag in when he’s on the court, and they leave the shooters open. People just don’t want to leave him. It’s awesome to have him out there because he gives us so much flexibility.”

“What team is this,” McKnight asked after the loss. “Let’s look in the mirror and get going and try to crack away at this. We came out with the fire that we needed in the first half, and we just chipped away at it. We just didn’t have enough time to really get back in the ballgame.”

Still, the Kittens slogged through a tumultous first half but looked renewed in the second, outscoring Bonnabel 9-5 with four minutes left, forcing Hagans to call a timeout in hopes of slowing the momentum, although Bonnabel retained a 21-point lead.

University fared better than Southern Lab in their 66-55 win over McKinley.

The Cubs relied on twin brothers Bryce and Brock Brown for most of their offensive production. Brock Brown nailed three 3-pointers on his way to a 13-point first half, while Bryce pitched in another five off of a pair of floaters, one of which drew a foul.

“We have four seniors in the backcourt, and we have a lot of juniors as well,” Cubs coach Joe Spencer said. “But we also have a lot of guys in their first time playing varsity, and they’re doing a great job considering they’ve lost their spring and summer. They’re wasn’t a lot of preparation time for the season, so they’re all doing a great job.”

It wasn’t until Bryce left the game midway through the second quarter for a routine break that University’s frontcourt got involved on offense, as Roman Pitre and brothers Cooper and Collin Coates combined for 11 points in the second quarter alone. None of the Cubs’ three big men scored in the first quarter.

The Panthers struggled to find a consistent outlet on offense but received valuable minutes from seniors Jalen Bowman and Julian Washington in the first half. Five Panthers scored in the first quarter, but McKinley struggled to defend in the post throughout the second half.

Brock Brown led the Cubs with 19, while Bryce finished with 13 and Collin Coates had 11. Bowman had 14 for the Panthers, while Watson pitched in 11. Donald Gaines scored eight.