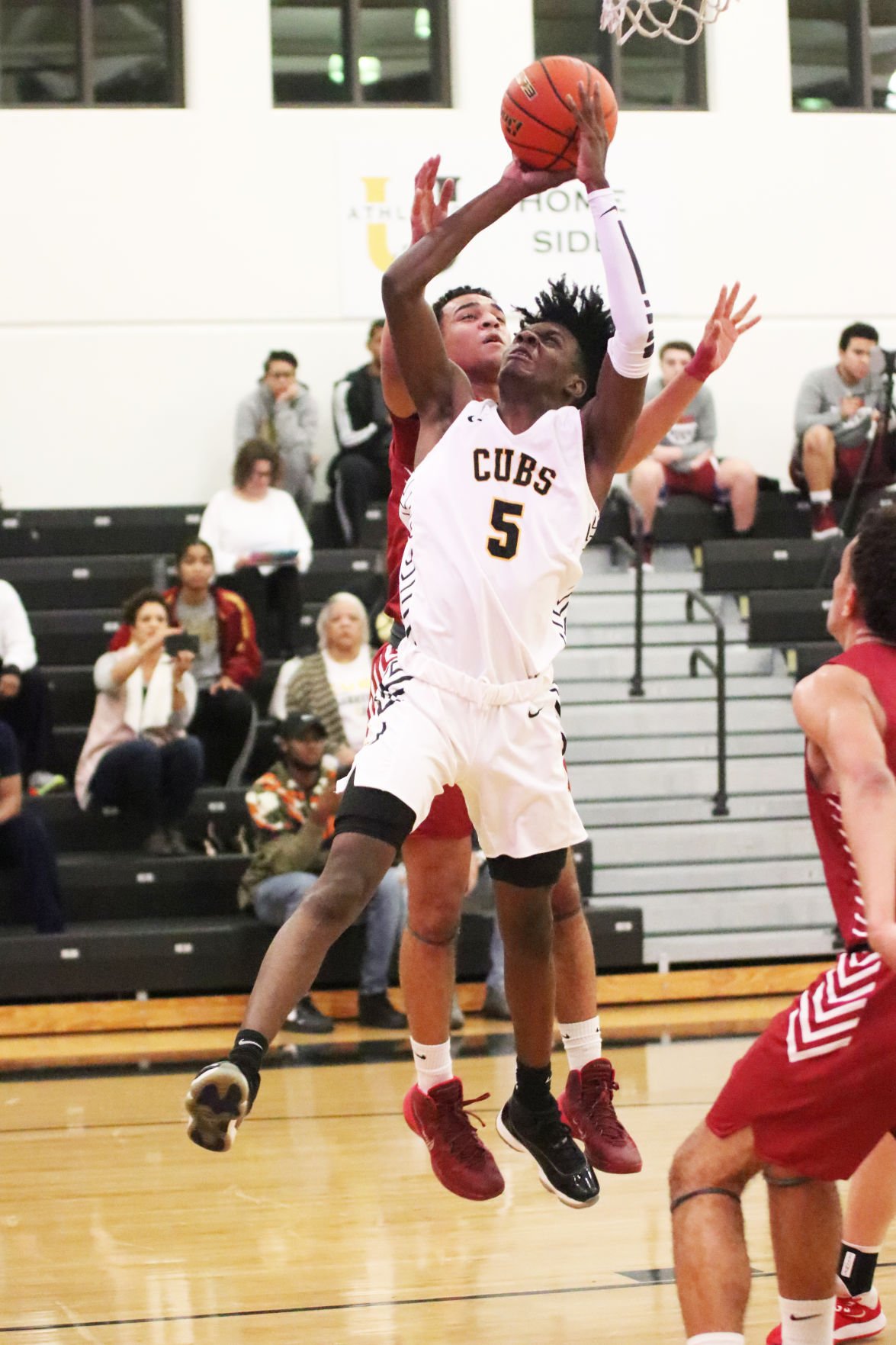 University’s Terrington Butler gets in front of Dunham’s Chase Augustus for two during the match up held at University High on Friday evening. 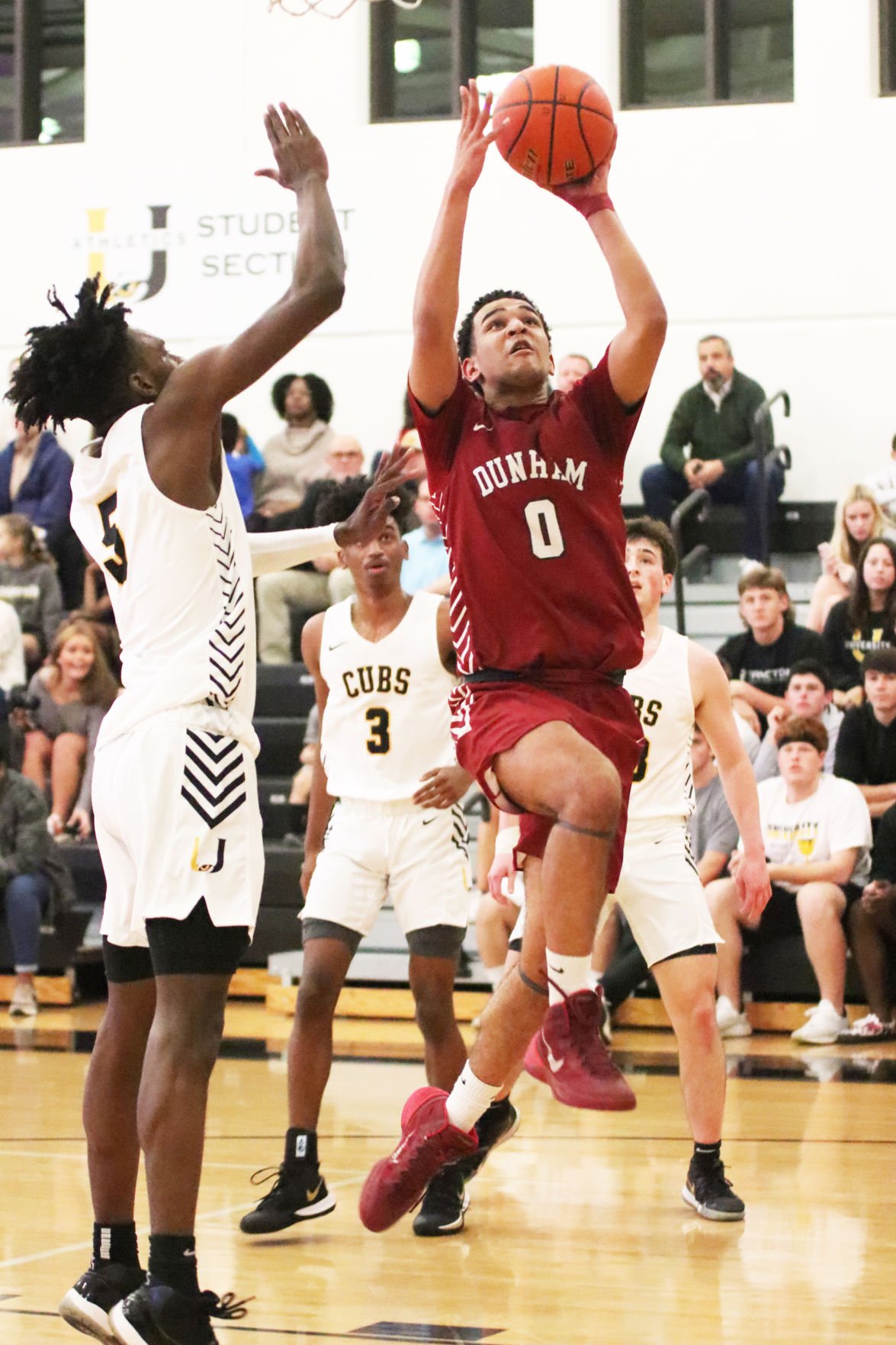 Dunham’s Chase Augustus goes up for two against University’s Terrington Butler during the match up held at University High on Friday evening. 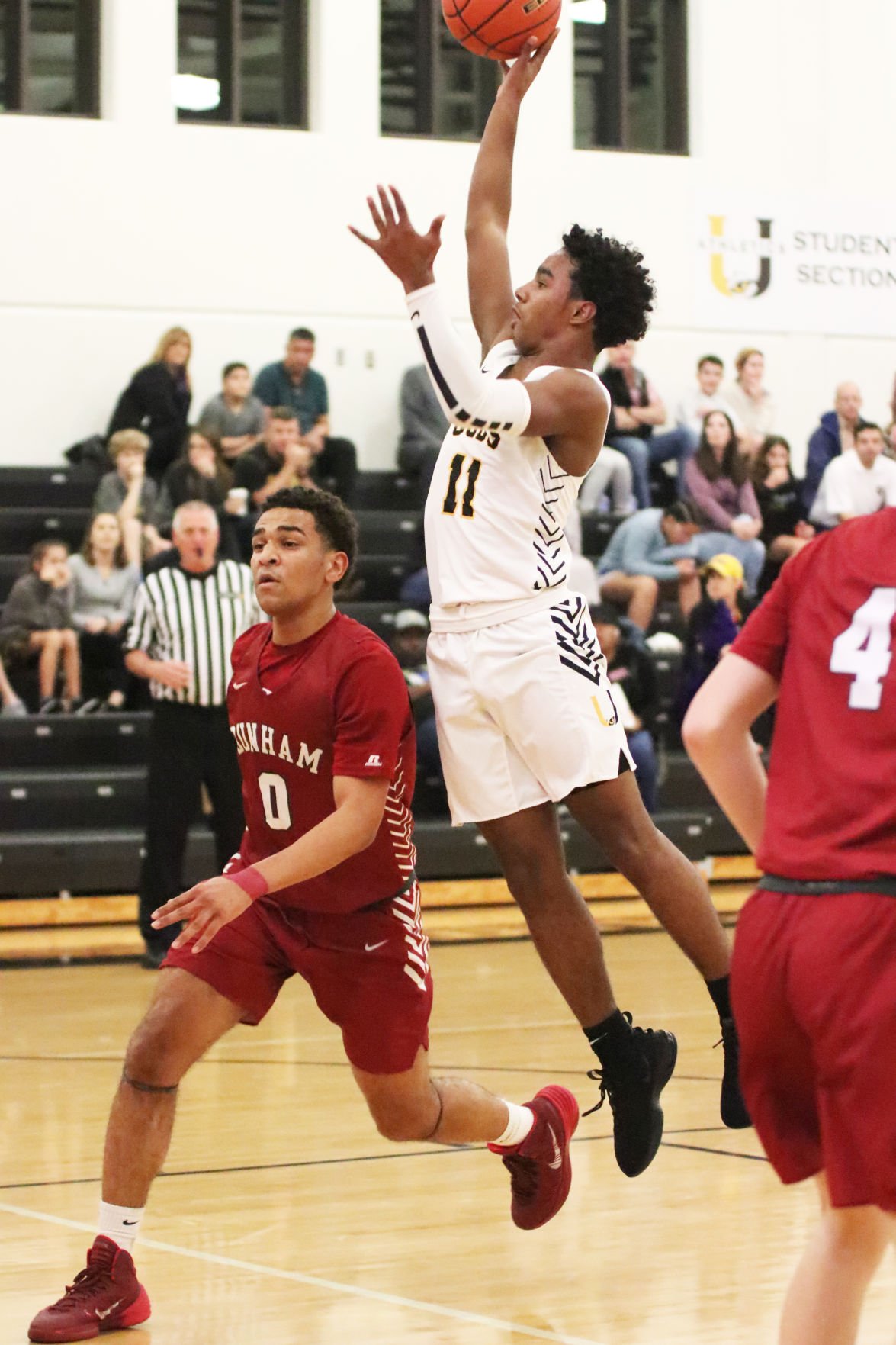 University’s Bryce Brown shoots a jump shot over Dunham’s Chase Augustus during the match up held at University High on Friday evening.

University’s Terrington Butler gets in front of Dunham’s Chase Augustus for two during the match up held at University High on Friday evening.

Dunham’s Chase Augustus goes up for two against University’s Terrington Butler during the match up held at University High on Friday evening.

University’s Bryce Brown shoots a jump shot over Dunham’s Chase Augustus during the match up held at University High on Friday evening.

Watching University High build a 16-point lead on The Dunham School was impressive. However, the way the Cubs finished that made the difference.

Dunham’s Carlos Stewart scored 26 of his game-high 28 points in the second half, including a 3-pointer that cut the Cubs’ lead to five points with two minutes left.

But DJ Morton made four free throws and scored on a full-court pass from Milan Mejia in the final 1:03 to help clinch U-High’s 68-60 win over Dunham in the nondistrict game played Friday night at UHS’ Pennington-McKernan gym.

“They’re a good team and we knew they would come out and turn the pressure up in the fourth quarter,” Morton said. “But as a team, we stuck together. I love games like this where it’s close and there’s pressure to come out with a win.”

Mejia led the balanced attack for U-High (16-2) with 16 points, including four 3-pointers. Bryce Brown (14), Morton (13) and Shawn Jones (11) also scored in double figures for the Cubs. Stewart was the lone double-figure scorer for Dunham (12-9). A key part of U-High’s effort was a defense that limited Stewart to two points in the first half. The Cubs held the Tigers’ 6-foot-5 post player Salle Wilson 11 points under his average.

“That’s a good team,” Dunham coach Jonathan Pixley said. “They’re No. 1 in their division for a reason and they’re well coached. They guarded us relentlessly. I was proud of how our guys for fighting back, but we built too big of a hole to to get out of.”

Mejia got the Cubs off on the right foot by sinking a 3-pointer from the right wing 15 seconds into the game. U-High led by as much as six points before the Tigers went on an 8-1 run capped by Stewart’s drive down the lane.

Stewart’s basket gave the Tigers an 11-10 lead. However, Dunham never led again. U-High scored twice, including a putback by Mejia just before the buzzer and took a 15-11 lead into the second quarter.

With the Cubs’ Shawn Jones shadowing him for most of the half, Stewart often had trouble getting the ball. The Tigers hurt themselves with 12 first-half turnovers.

The most effective weapon for Dunham was Rhett Greer, who had three first-half 3-pointers in the first. An old fashioned three-point play by Brown pushed U-High’s lead to double digits at 22-13 less than two minutes into the second period.

Dunham got no closer than eight after that. Another 3-pointer by Mejia — this one with 1.5 seconds left gave U-High a 35-22 halftime lead. One of Mejia’s 3-pointers gave the Cubs a 40-24 lead two minutes into the second half.

With Stewart make some tough contested shots, the Tigers got closer. Stewart scored 14 points in the third quarter and got as close as six points. He added 12 more in the fourth quarter.

After Stewart cut the lead UHS lead to five at 61-56 with two minutes left, the teams traded turnovers. Morton made two free throws and then hauled in a length-of-the-court pass from Mejia to score a layup that made it 65-68 with 49.6 seconds left.

“DJ has been on this team for a long time and has played in some big games,” UHS coach Joe Spencer said. “He stepped up big time there at the end. We knew we couldn’t stop Carlos. We made some mistakes, but we focused on the next play. Having the lead helped.”