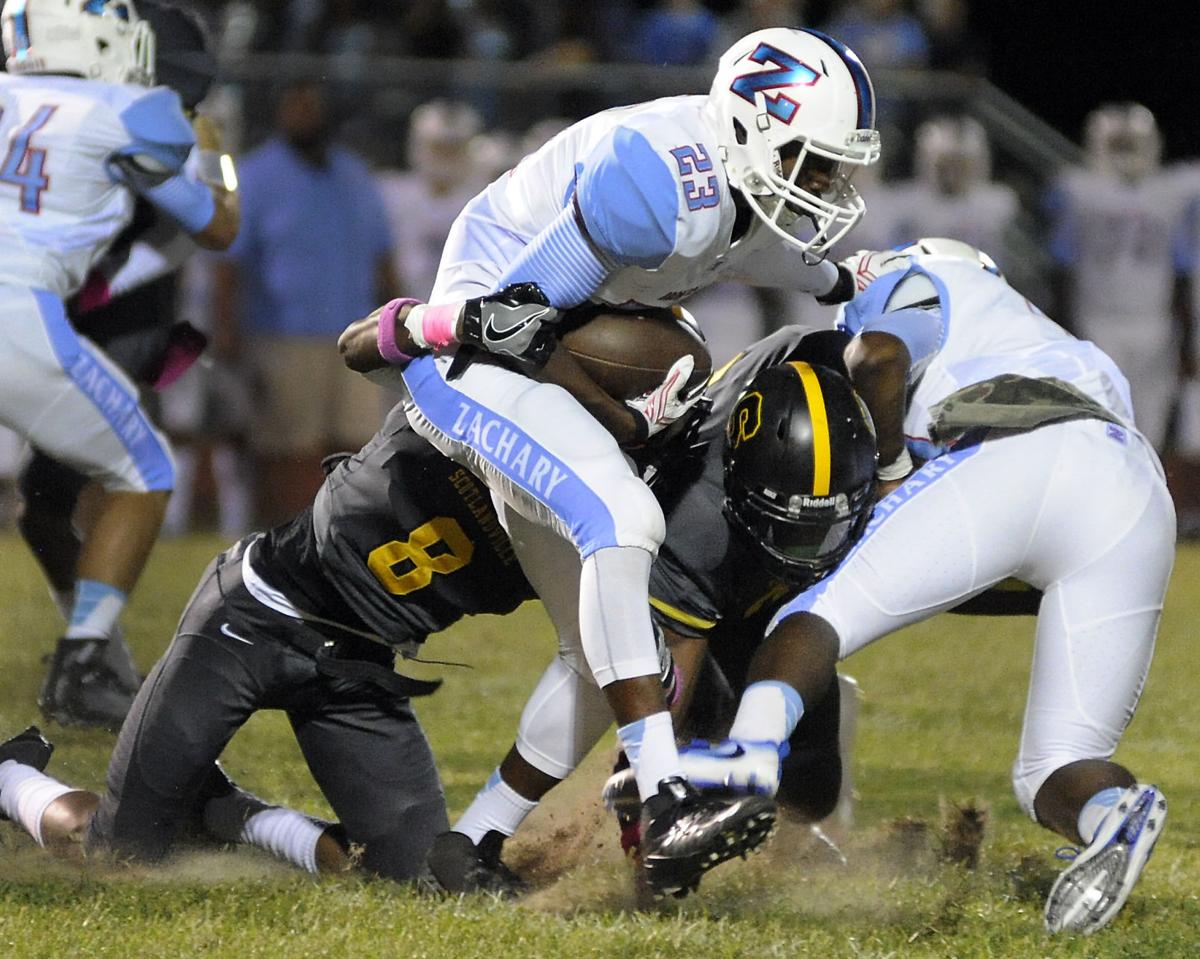 Zachary's Tyler Judson is tackled from behind by Scotlandville's Darriyon Lewis during a game in 2016. 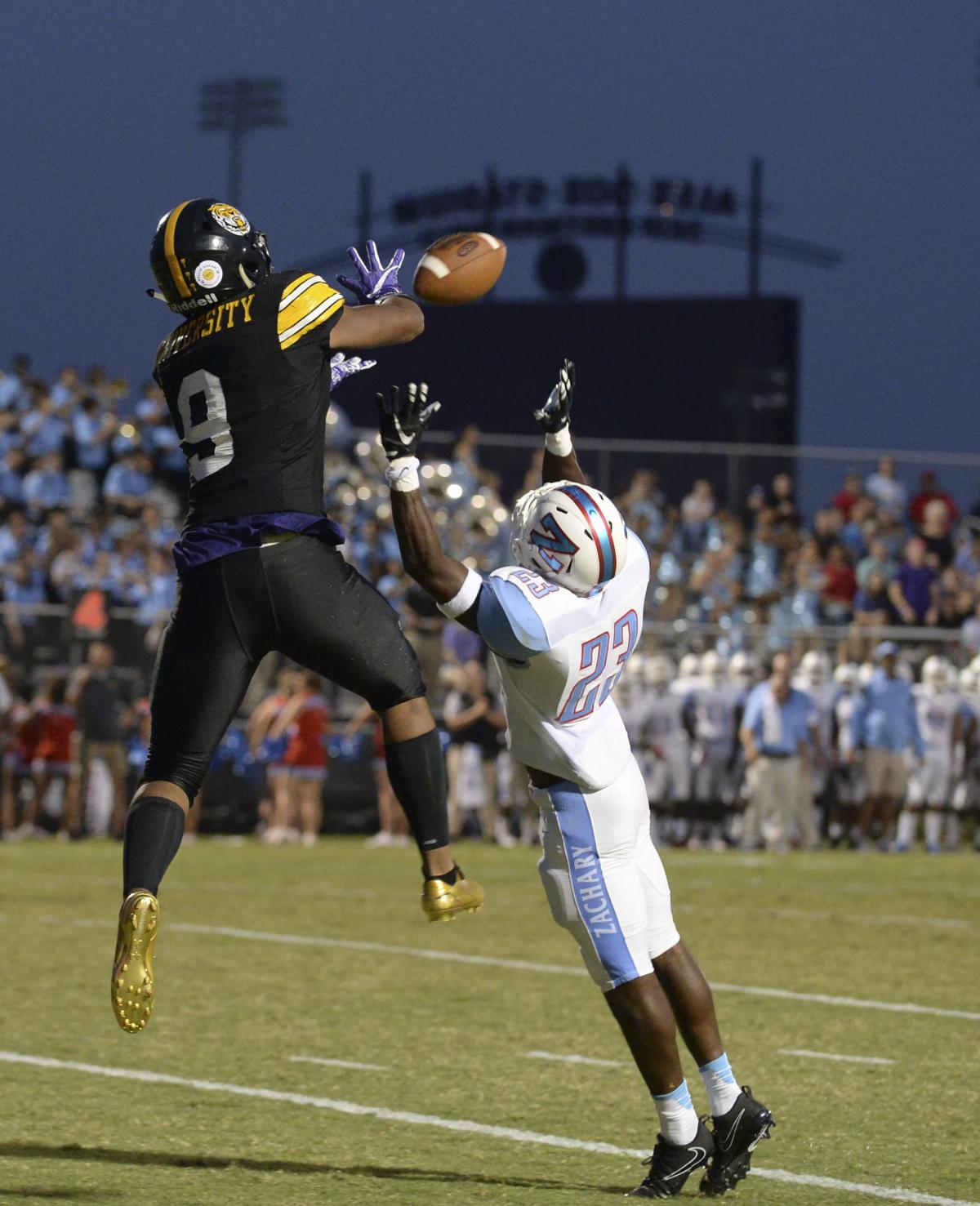 Zachary's Tyler Judson breaks up a pass intended for University's Makiya Tongue during a game Sept. 29, 2017. Judson is headed to Tulane after signing his letter of intent Wednesday. Tongue signed with Georgia.

Zachary's Tyler Judson is tackled from behind by Scotlandville's Darriyon Lewis during a game in 2016.

Zachary's Tyler Judson breaks up a pass intended for University's Makiya Tongue during a game Sept. 29, 2017. Judson is headed to Tulane after signing his letter of intent Wednesday. Tongue signed with Georgia.

There was no extravagant signing day celebration at Zachary High School for three-star safety Tyler Judson on Wednesday — just his art and physics exams.

So instead of signing his letter of intent at a table in a gym in front of his classmates and teachers, Judson faxed his letter to Tulane early Wednesday morning, then went about his day as a regular high school student.

The exams went well — especially physics, which was a class he took because he thought he might major in engineering in college. Since then, his interest has shifted to architecture.

Judson said he enjoys the drawing and design aspects of architecture, but his favorite aspect of architecture is putting together 3-D models. His curiosity began years ago when he and his dad were driving over a bridge, and he asked how it was built.

“He said 'architects,' then started using a lot of big words I didn’t even understand,” Judson said. “To me it was pretty cool. Then I thought about New York and how they got all those skyscrapers, and I just started looking up architecture.”

Academics played a big role in Judson’s decision to attend Tulane, and when he announced his commitment, Judson described it as a “40-year decision.” Not only does Tulane’s academic prestige give him a chance to excel later in life, he can also stay close to home and play football.

First I would like to thank God for blessing me with the ability to play the sport that I love on the next level. This is not a 4 year decision but a 40 year decision. With that being said, after prayers and discussions with my family, I will be committing to Tulane University 🌊 pic.twitter.com/wibnnZjseR

The Green Wave and coach Willie Fritz weren’t the only ones to offer Judson. From June to November, Judson was committed to Ole Miss, and he had interest from Houston, Virginia and Mississippi State.

Judson’s commitment to Ole Miss soured after Rebels coach Matt Luke told Judson he wasn’t going to be allowed sign during the early period because it appeared he wasn’t 100 percent in.

“They said I was taking too many visits to other places, but I only went to one other place, and that was to Mississippi State,” Judson said. “My thing is, there’s more guys who committed with me to Ole Miss who did the same thing and going on other visits, but I’m the only player that they got on it about.”

Judson then thought he would sign in February, but Luke called back with more bad news. Judson said the coach told him it would be best for him to decommit because Ole Miss wasn’t sure they had enough spots available.

“To me, it felt like there was more to it than (taking visits) because I know recruits do that all the time. So it felt like it was something they just weren’t telling me.”

The falling out with Ole Miss led Judson back to Tulane. He said Tulane was his top choice before Ole Miss entered the picture, and Judson appreciated the way Tulane's coaching staff treated him — even after he committed to another school.

“They need guys who can play,” said the 6-foot, 193-pound Judson. “Basically, they told me I am going to be playing as a true freshman with serious playing time. He was telling me how their program is growing and how they were only one win away from the American (Athletic Conference) Championship — from playing in that if (game) they would’ve beat SMU.”

For next six months, however, Judson can only think about the anticipation of suiting up for the Green Wave.