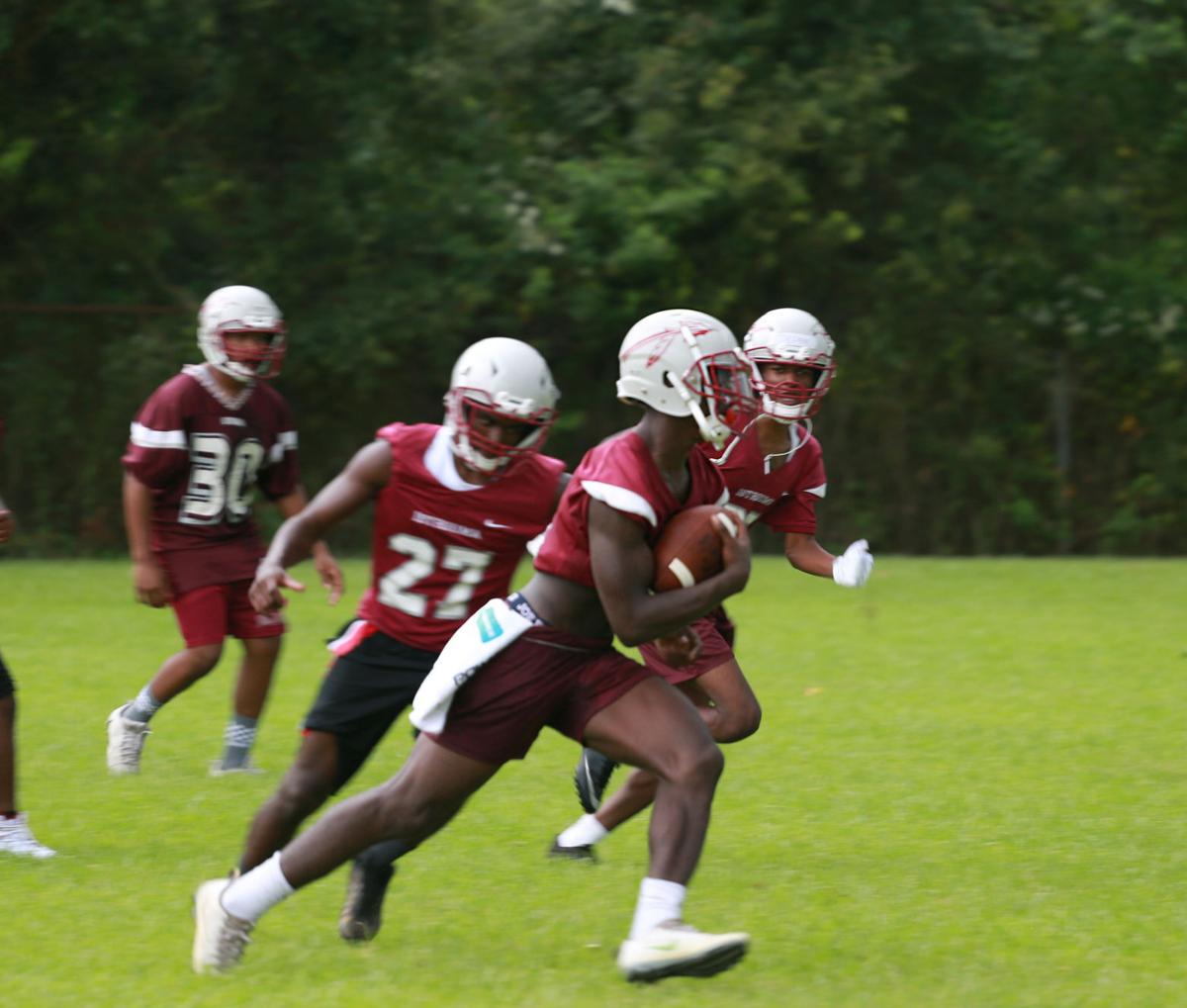 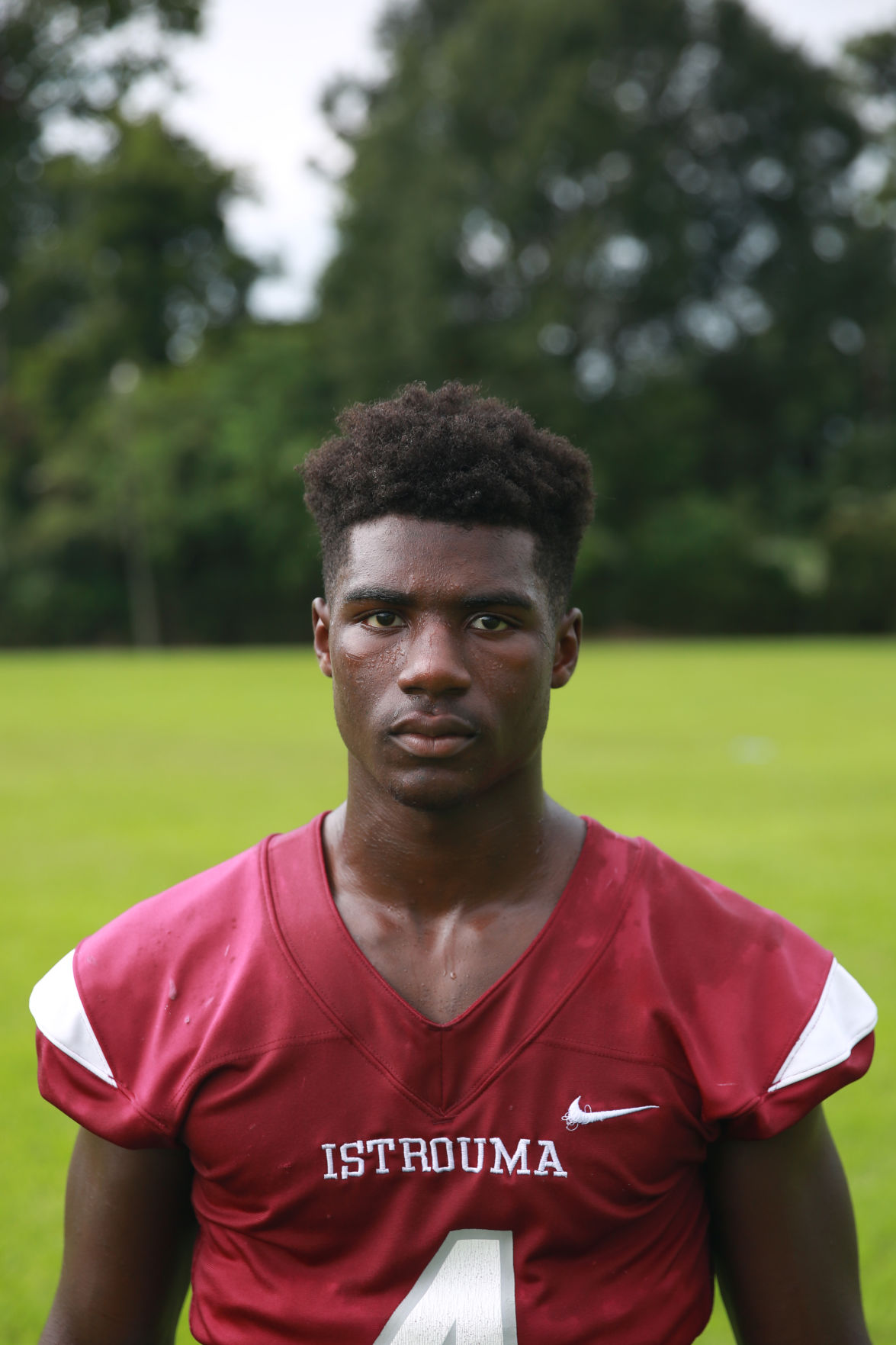 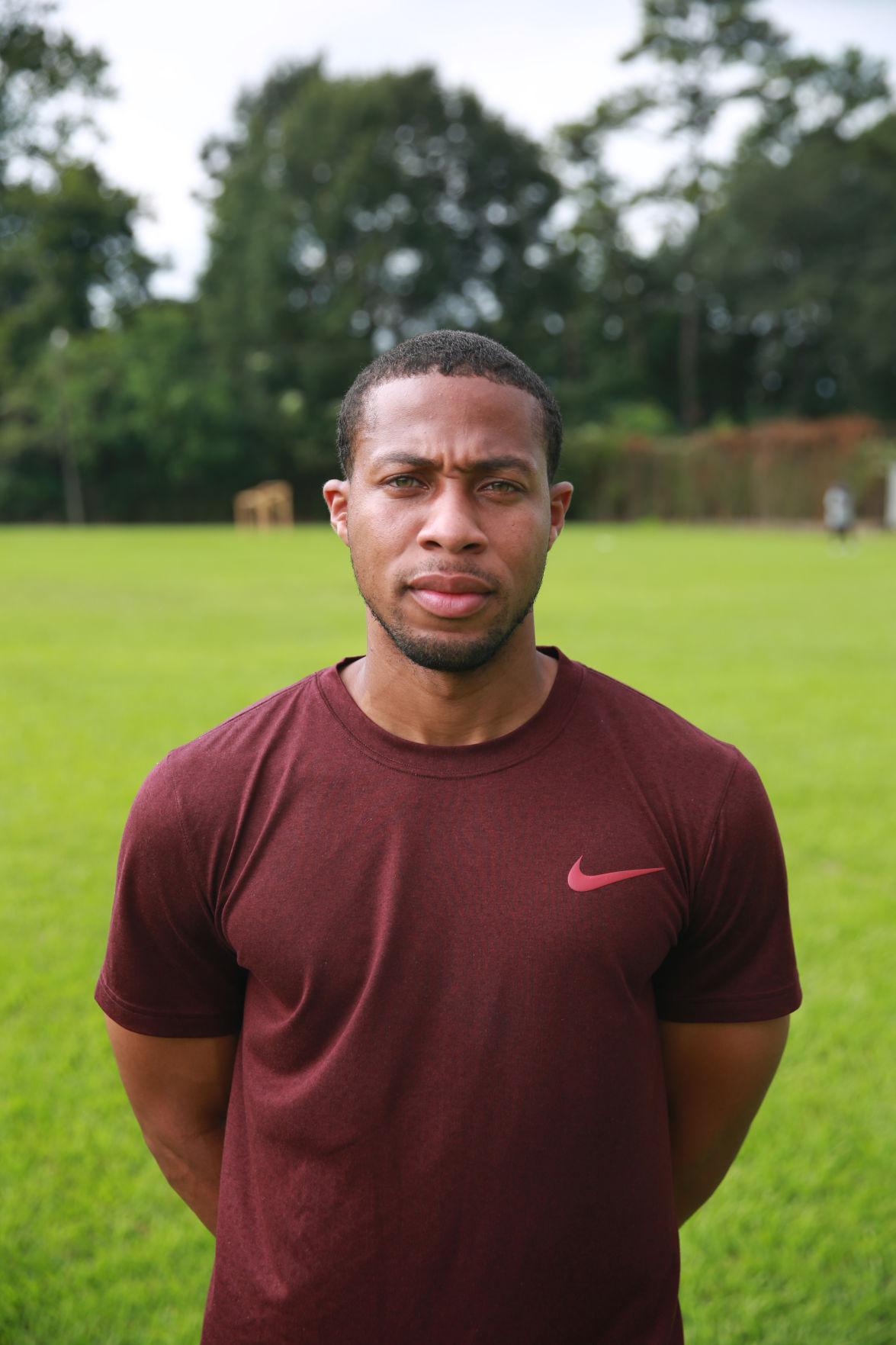 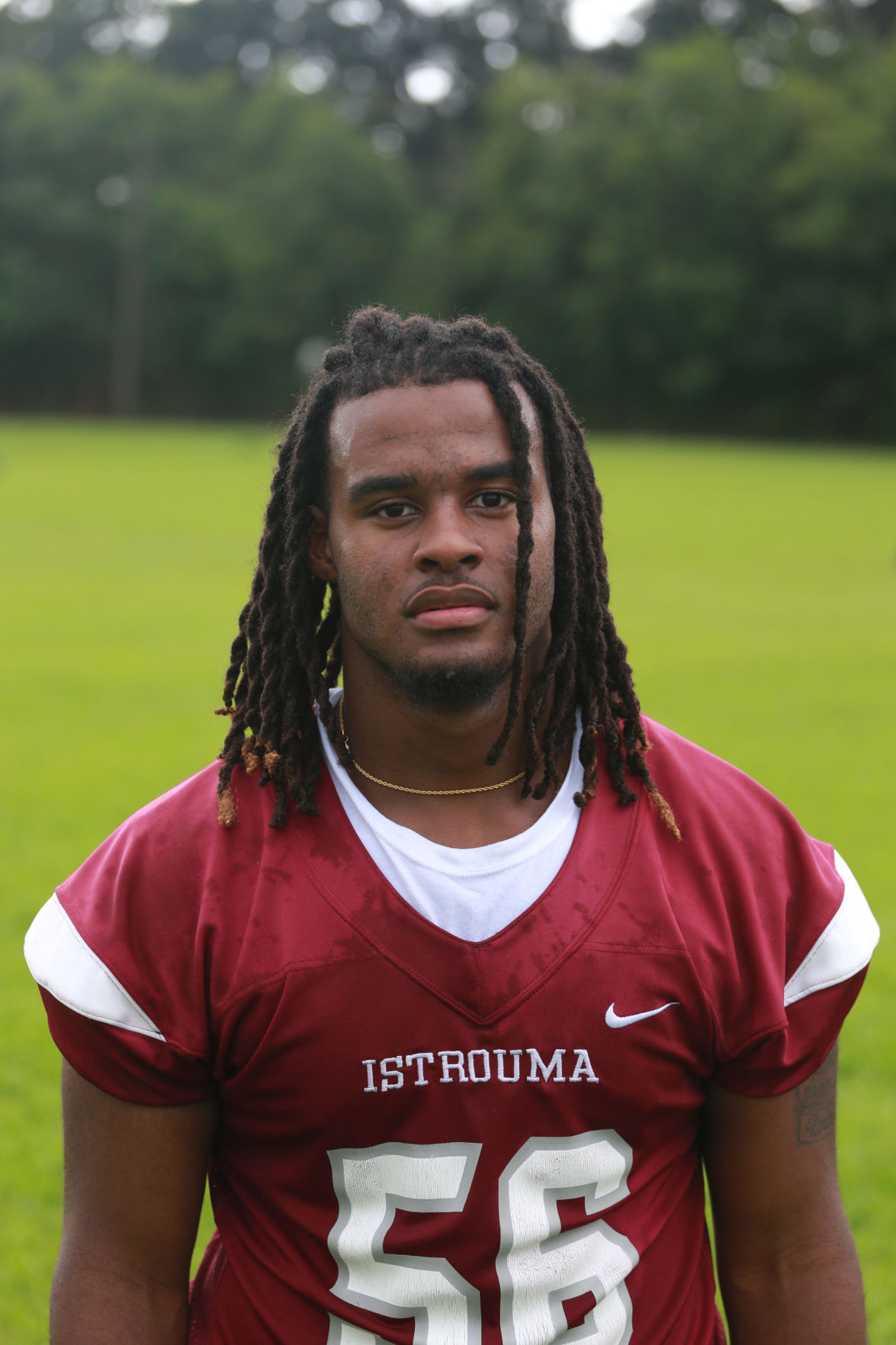 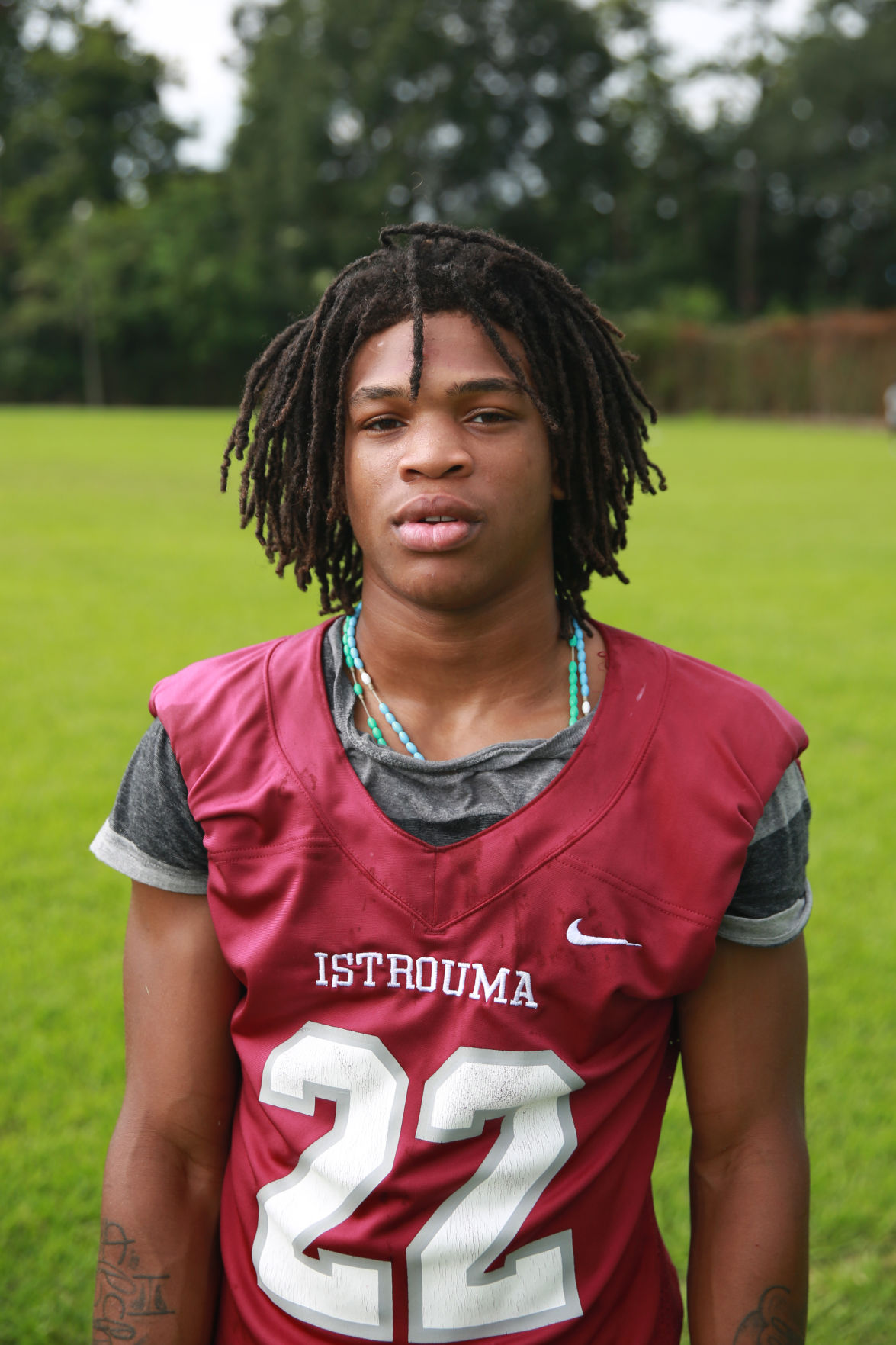 When he heard the sound of drums and other musical instruments warming up, Istrouma High School football coach Jeremy Gradney took his eyes off the practice field for just an instant.

“Listen to our little band over there … it’s coming together,” said Gradney, as he pointed to the small area where the band was practicing. “At first, they did not have any instruments and now they have some. It's a start.”

As Gradney turned back around, sophomore running back Le’Veon Moss dashed up the middle for a long gain during a noncontact drill early in Wednesday's practice. Linebacker Donavan Mosby executed a back flip as he got to the sideline at the end of one rotation.

Yes, one Indian was jumping for joy as Istrouma’s pending jump back into varsity competition starts getting real. Istrouma scrimmages Class 5A Dutchtown next week. It will be the first varsity football competition for the Class 4A school since it closed after the 2013-14 year, following several years in the Louisiana’s recovery school district.

When the school reopened two years ago following a $24.1 renovation by the East Baton Rouge Parish School System, it started with ninth- and 10th-grade students and with junior varsity competition for two years during a transition into the LHSAA.

For some, including Principal Reginald Douglas and the coaches, including Gradney, the rebirth of Istrouma was like being given a blank canvas. Of course, there was another canvas underneath — one of rich athletic traditions. The late Billy Cannon, LSU’s lone Heisman trophy winner, is one of the best know alumni.

“If there’s one thing I’ve learned on this journey it’s that you can’t do it alone,” Gradney said. “You have to have support along the way when you build an athletic program and a culture. We've got the support. And I do believe we have changed the culture. You can’t guarantee success on the varsity level. We lost one (junior varsity) game the last two years. We’re anxious to see where we stand.”

Or in the case of Gradney’s current team, on whose shoulders you stand. Istrouma’s class of 1988 came by to deliver a banner for players to run through at the start of games this year a week ago. Weekly newspaper editor/broadcaster Woody Jenkins, a 28-year member of Louisiana’s House of Representatives, is another alumnus and an avid supporter who televised the Indians’ junior varsity games.

It is not unusual for alumni to drop by and watch practices on a field adjacent to the revamped stadium and all-weather track that other EBR teams also are scheduled to use this season.

“This is important,” senior defensive back Josh Kelly said. “It is important for us to succeed. A lot of people out there are overlooking us. They are not taking us seriously. That’s OK … we want to prove ourselves.”

Kelly is one of eight seniors on the Istrouma squad. He will play multiple roles on offense and defense for Gradney. The Indians have a mix of players who started at the school, along with some who transferred in. Mosby, a 220-pound junior linebacker, sat out last season after transferring from Madison Prep.

“I watched (Istrouma players) last year and liked how they played,” Mosby said. “They took it seriously. They didn’t treat like it was (junior varsity) and didn’t count. They played together. I’m ready to see what we can do together.”

Moss, who is expected to carry a large portion of the load in Istrouma’s run-oriented attack, adds “I’ve worked on getting bigger and stronger. I want to be ready to do whatever the team needs from me.”

Douglas is pleased with the growth of the school, which has more than 1,000 students. He said a concerted effort is being made to promote school pride, along with academic excellence. He said the lack of recurring discipline issues at the inner city school may surprise some people.

Douglas said he hopes the Indians have another surprise in store this fall.

“Our identity and quest for excellence as a school is not based on athletics,” he said. “Academics and lessons that teach students to become productive in life come first. Some football wins would not hurt.”

When Capitol and Istrouma combined to score three touchdowns in just more than a minute, it was obvious that the third game of East Baton Roug…