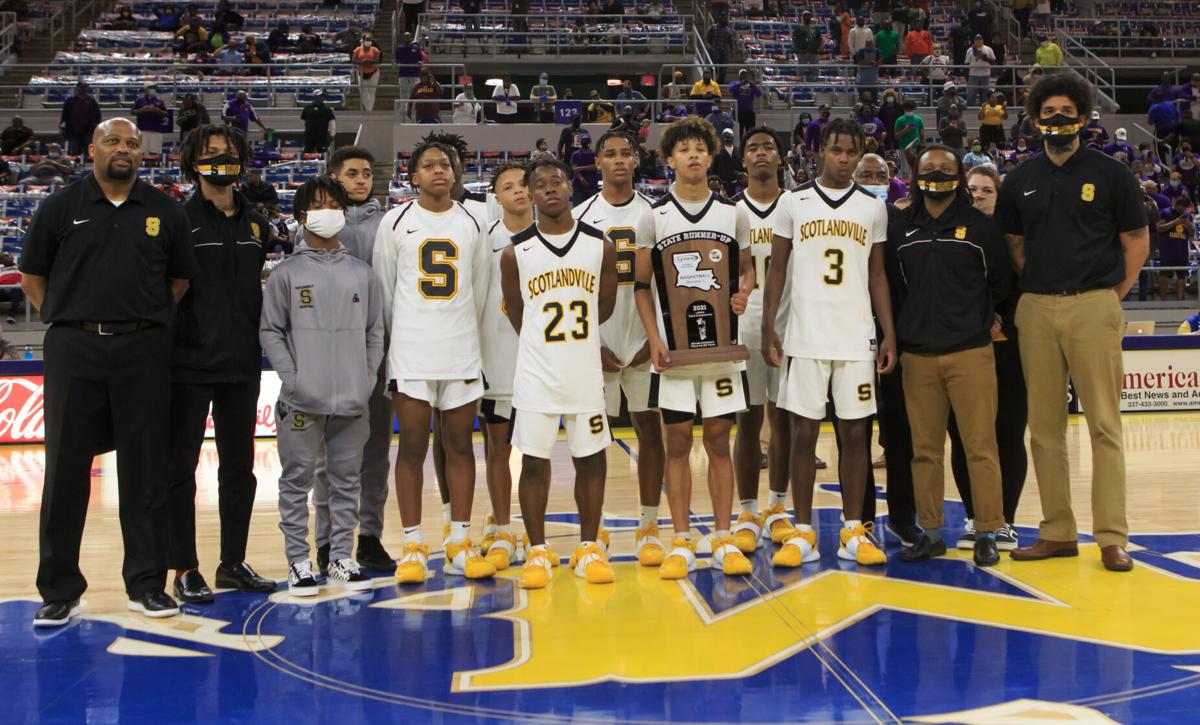 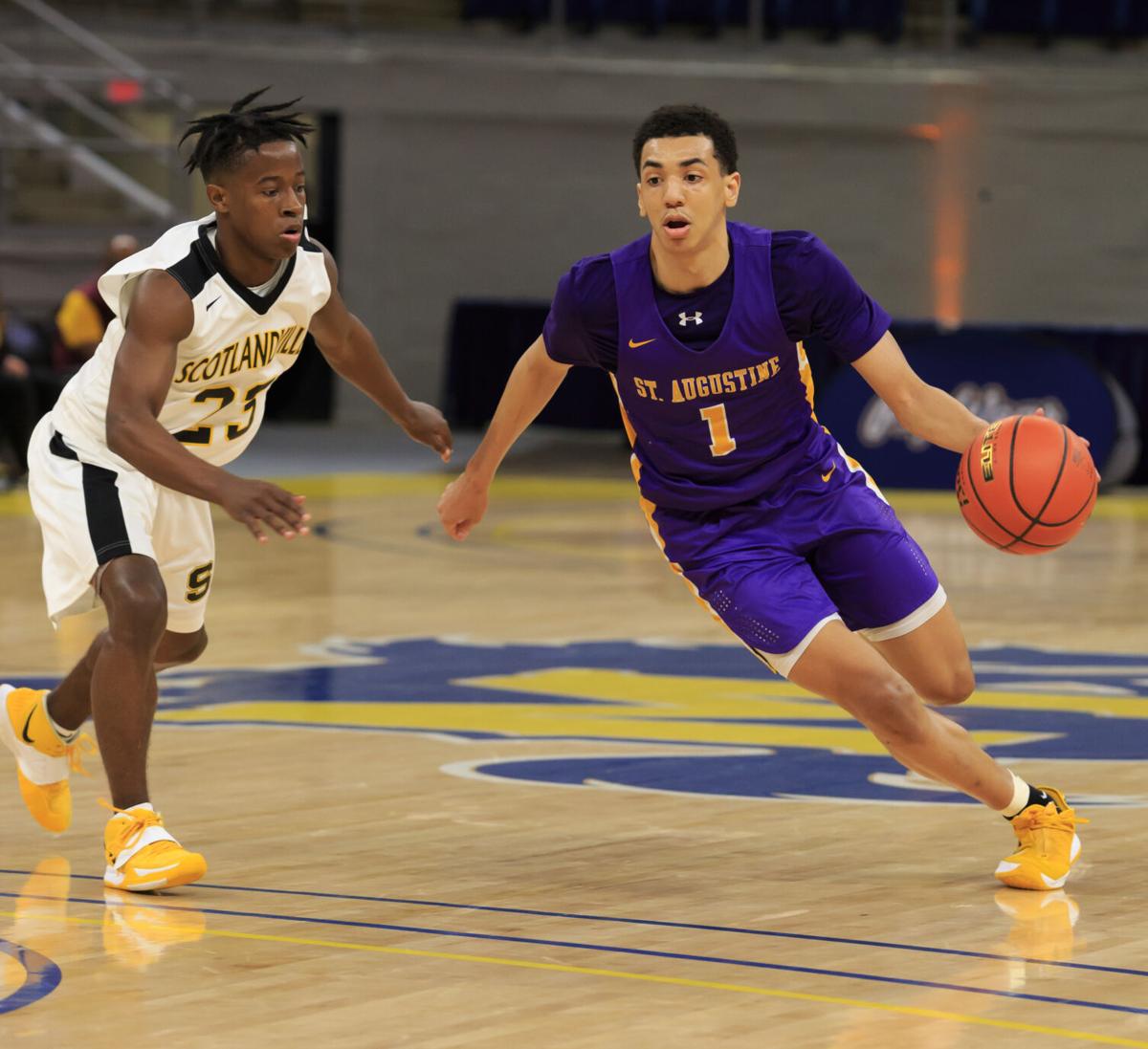 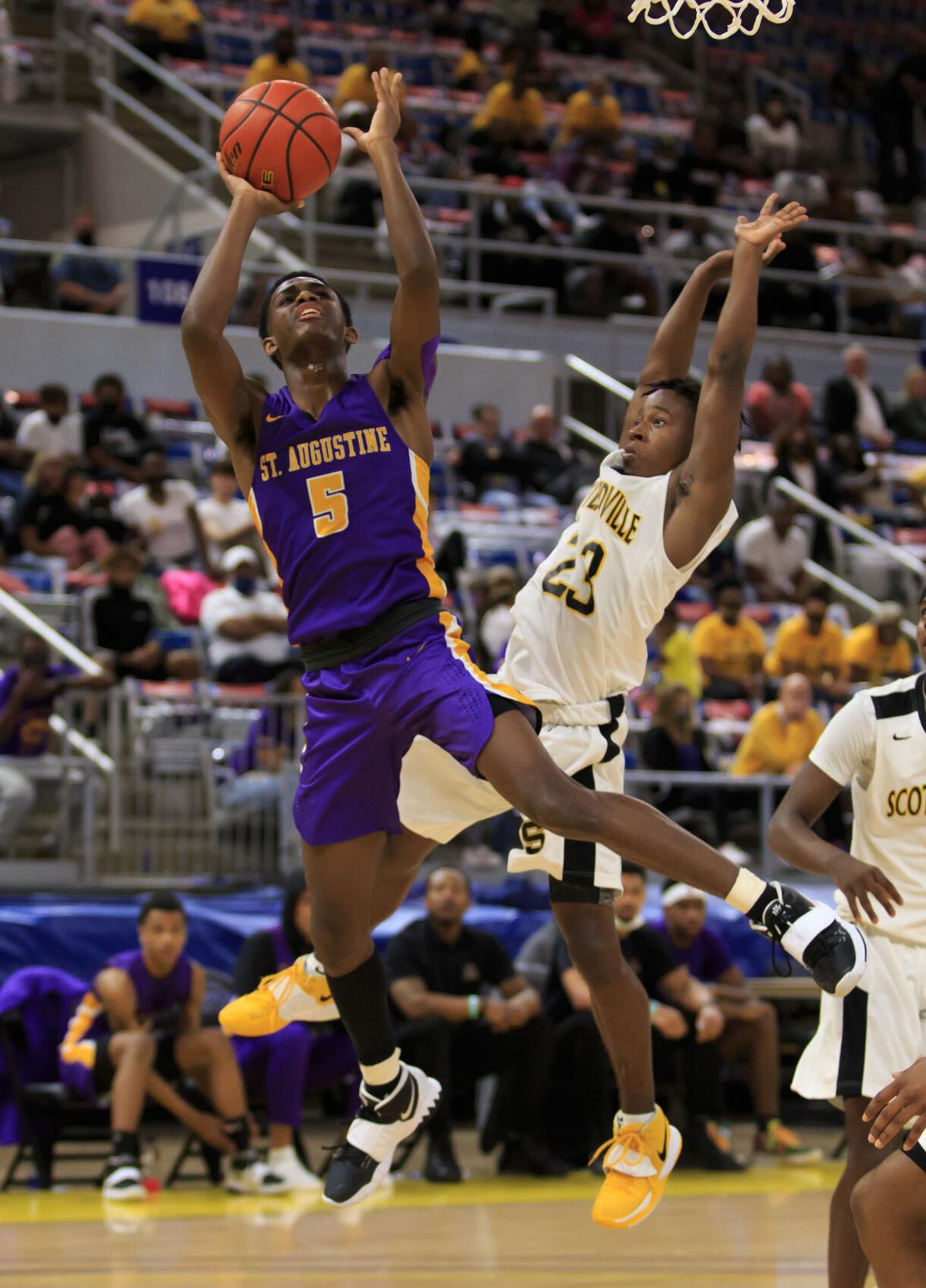 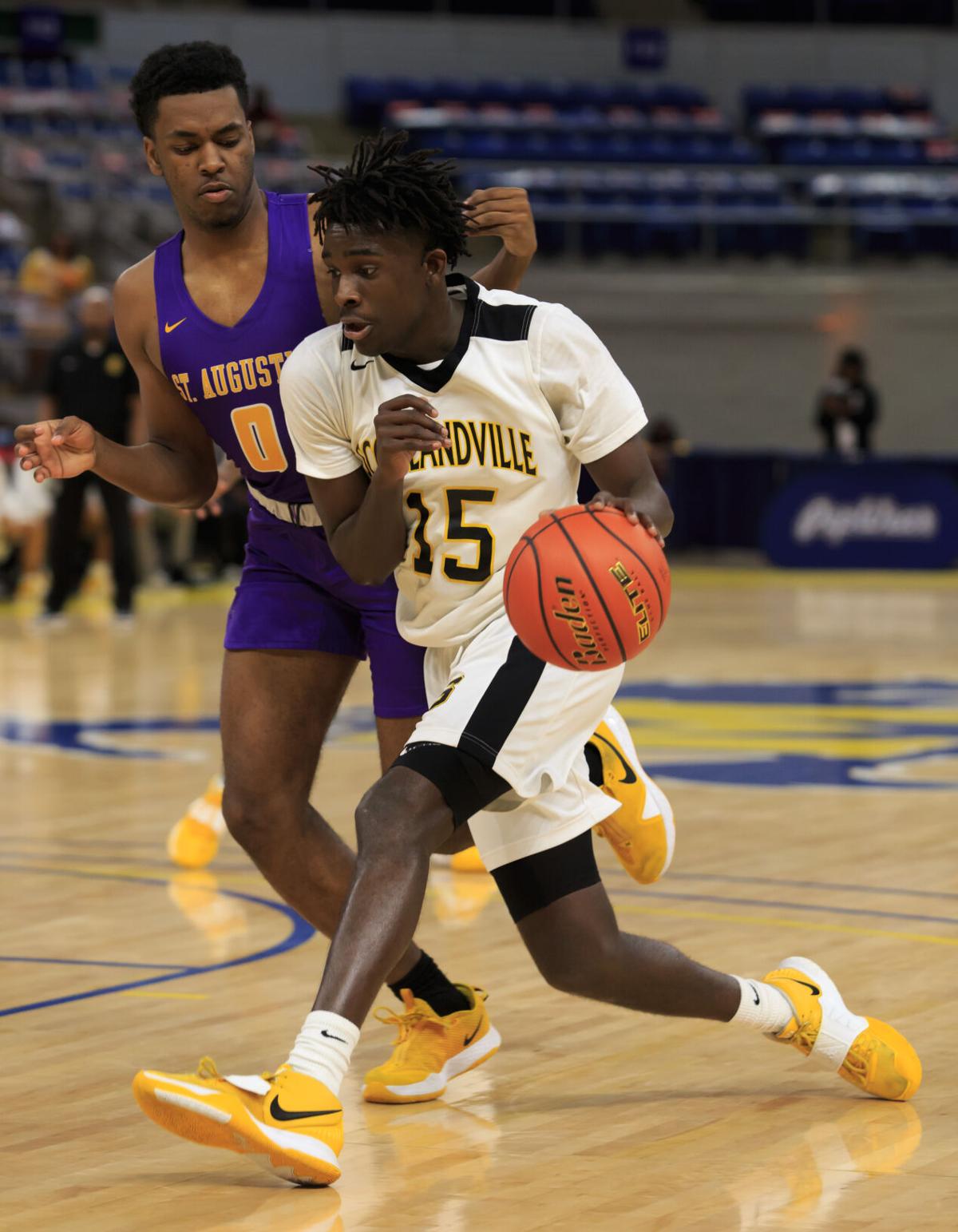 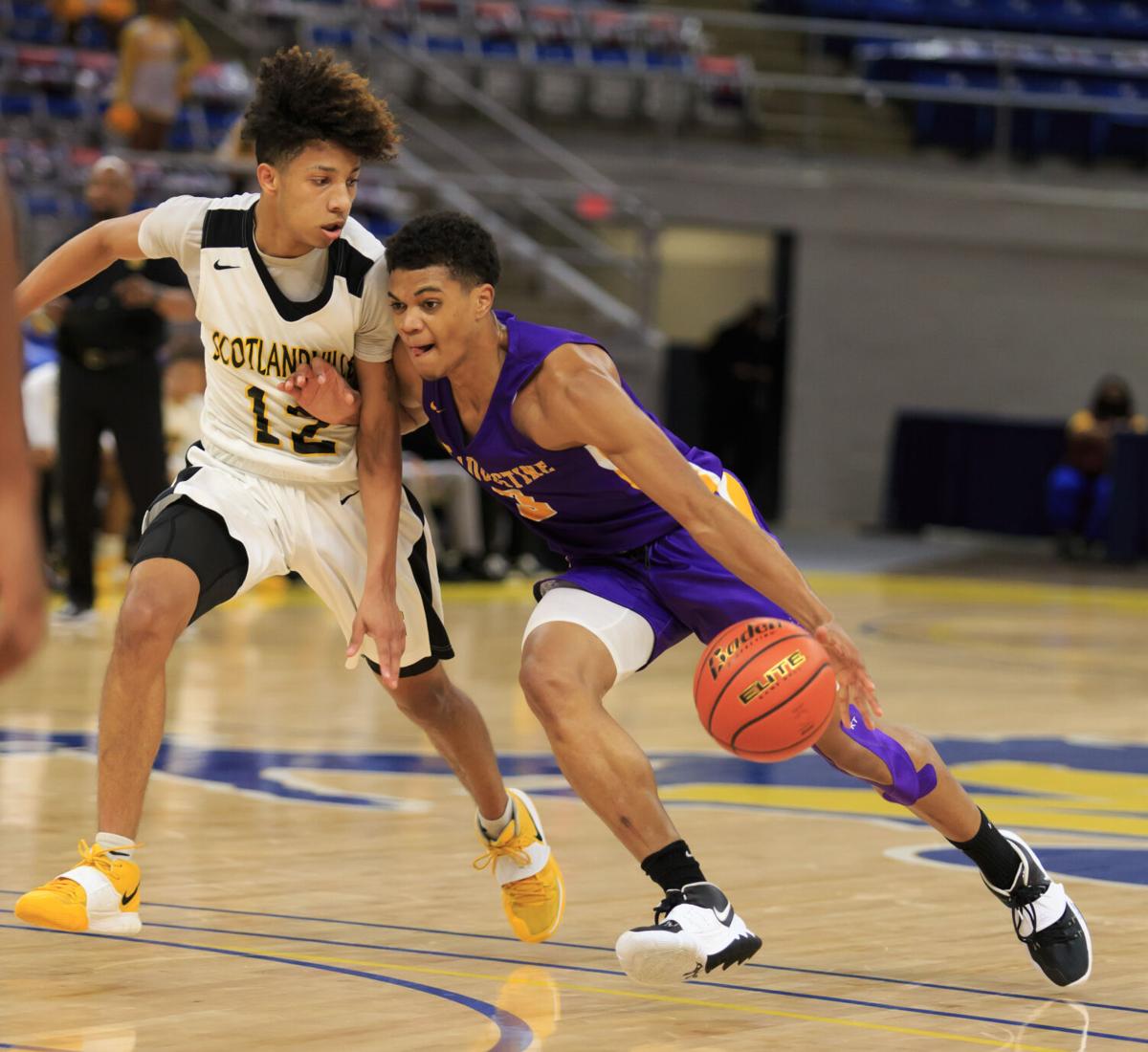 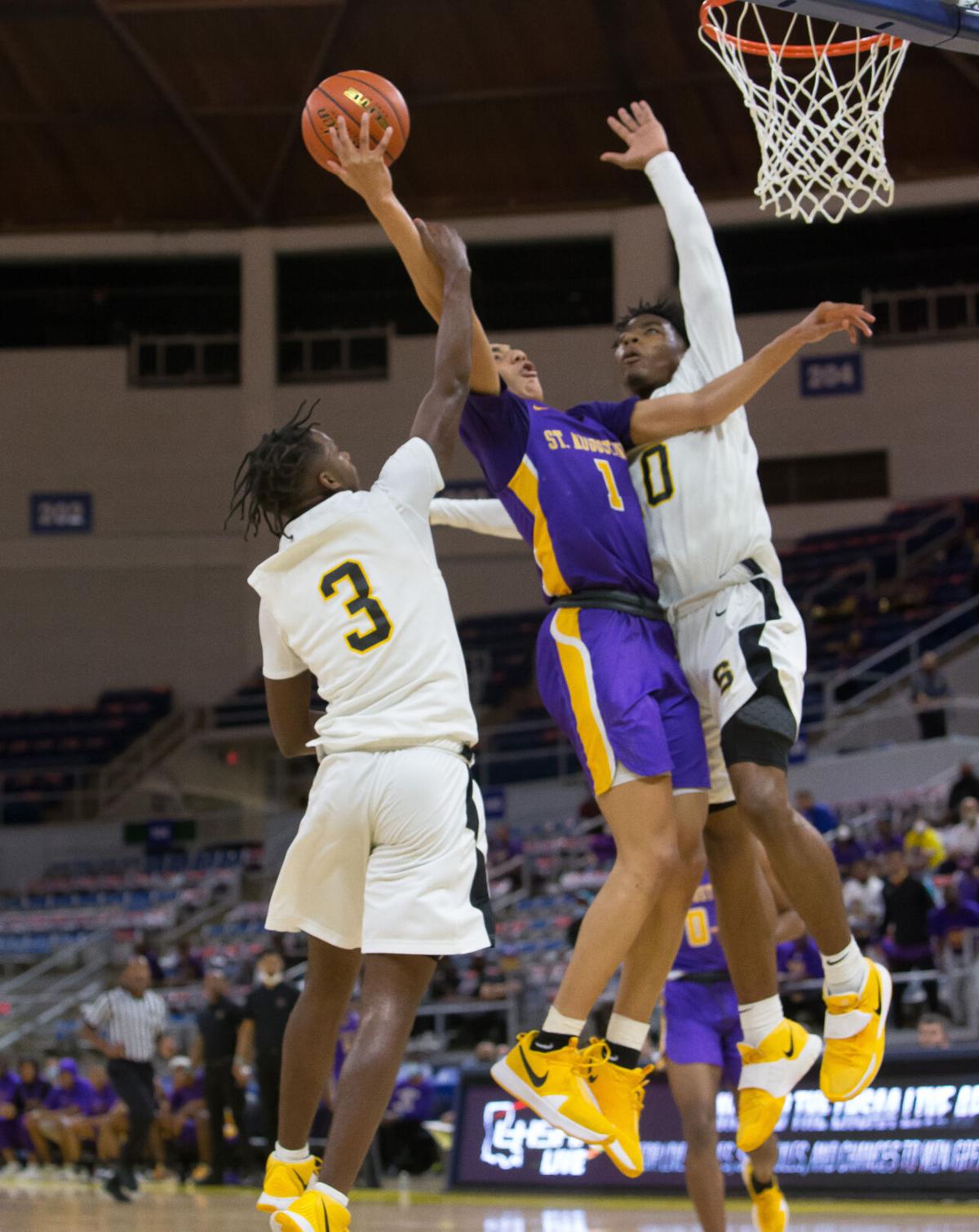 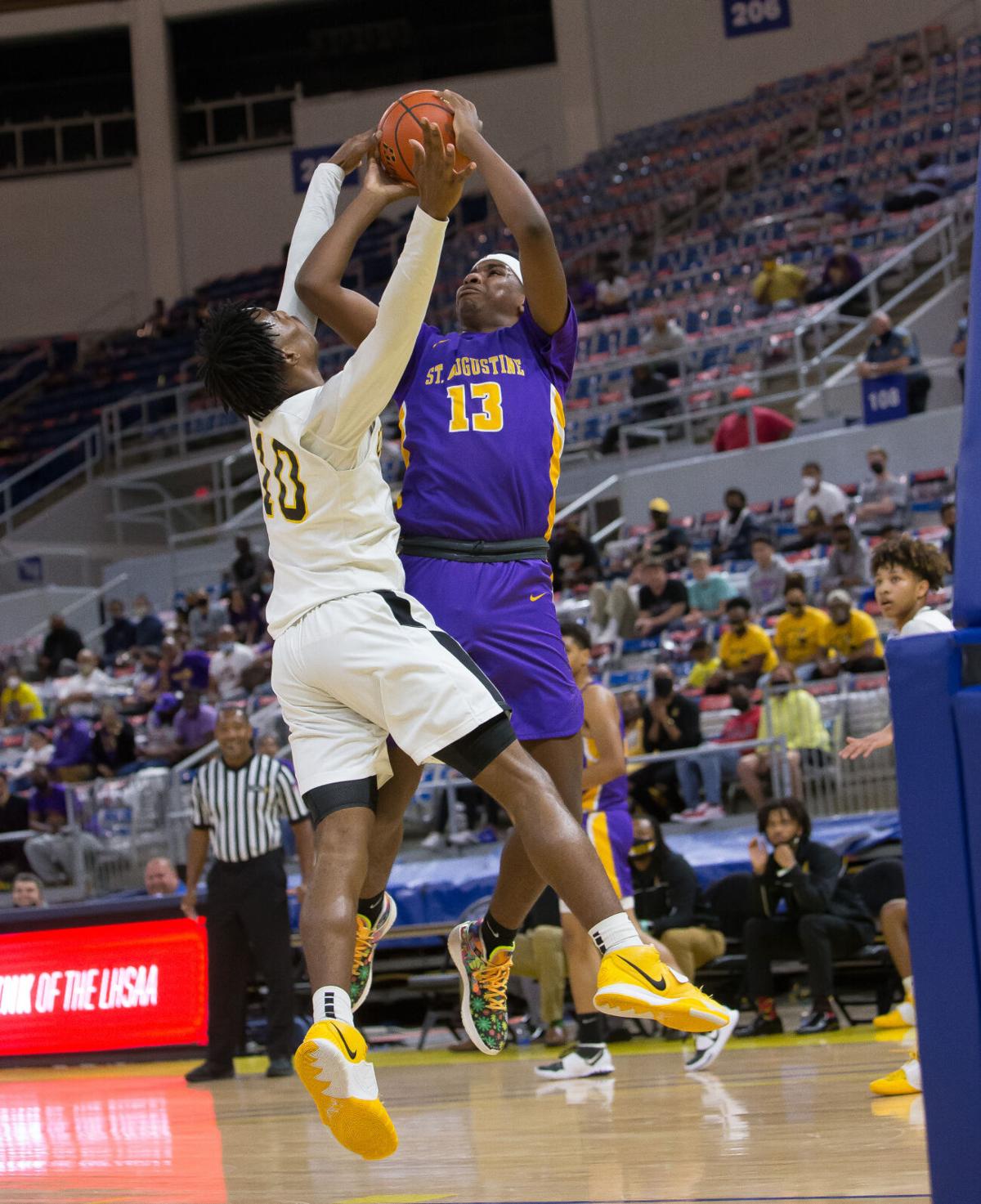 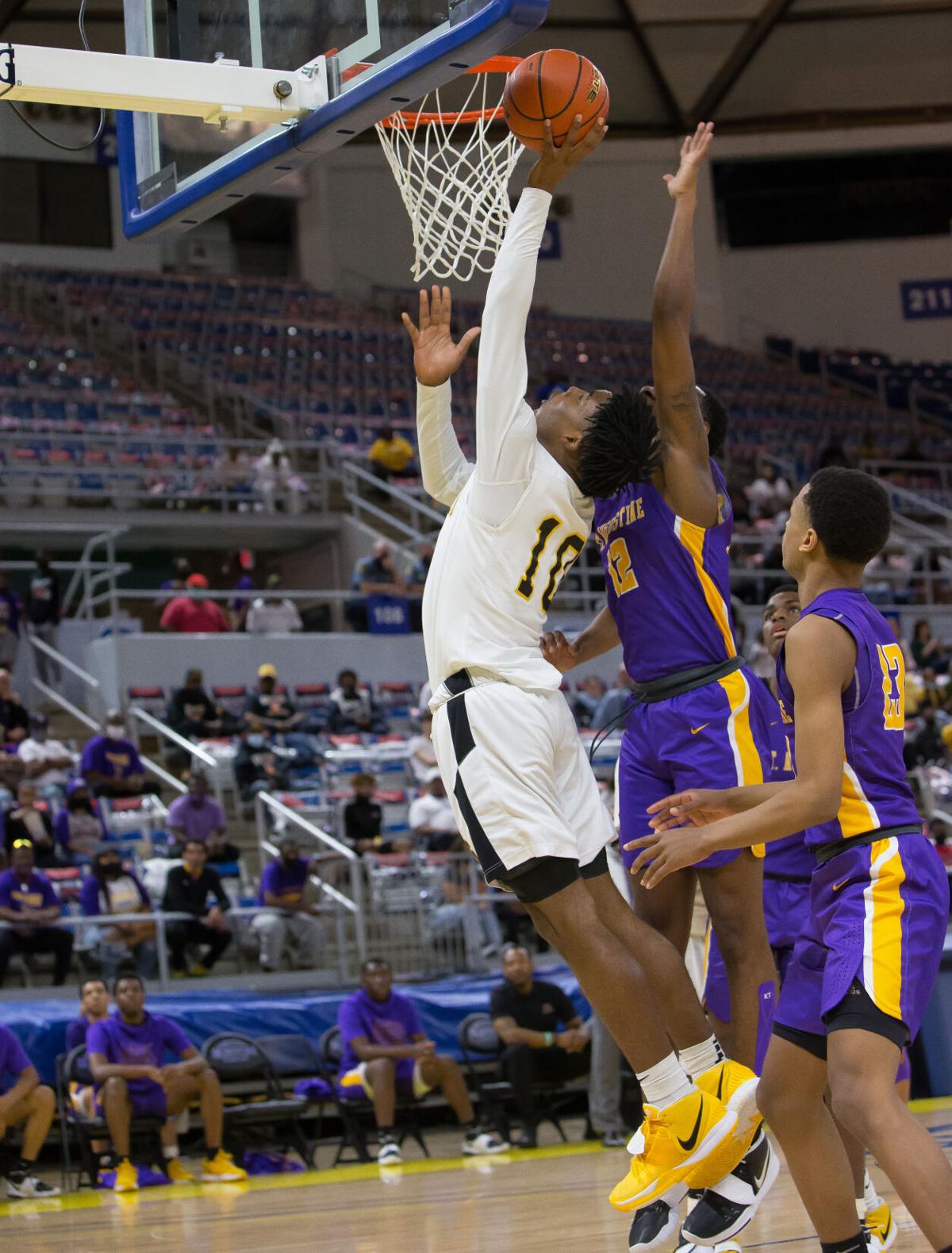 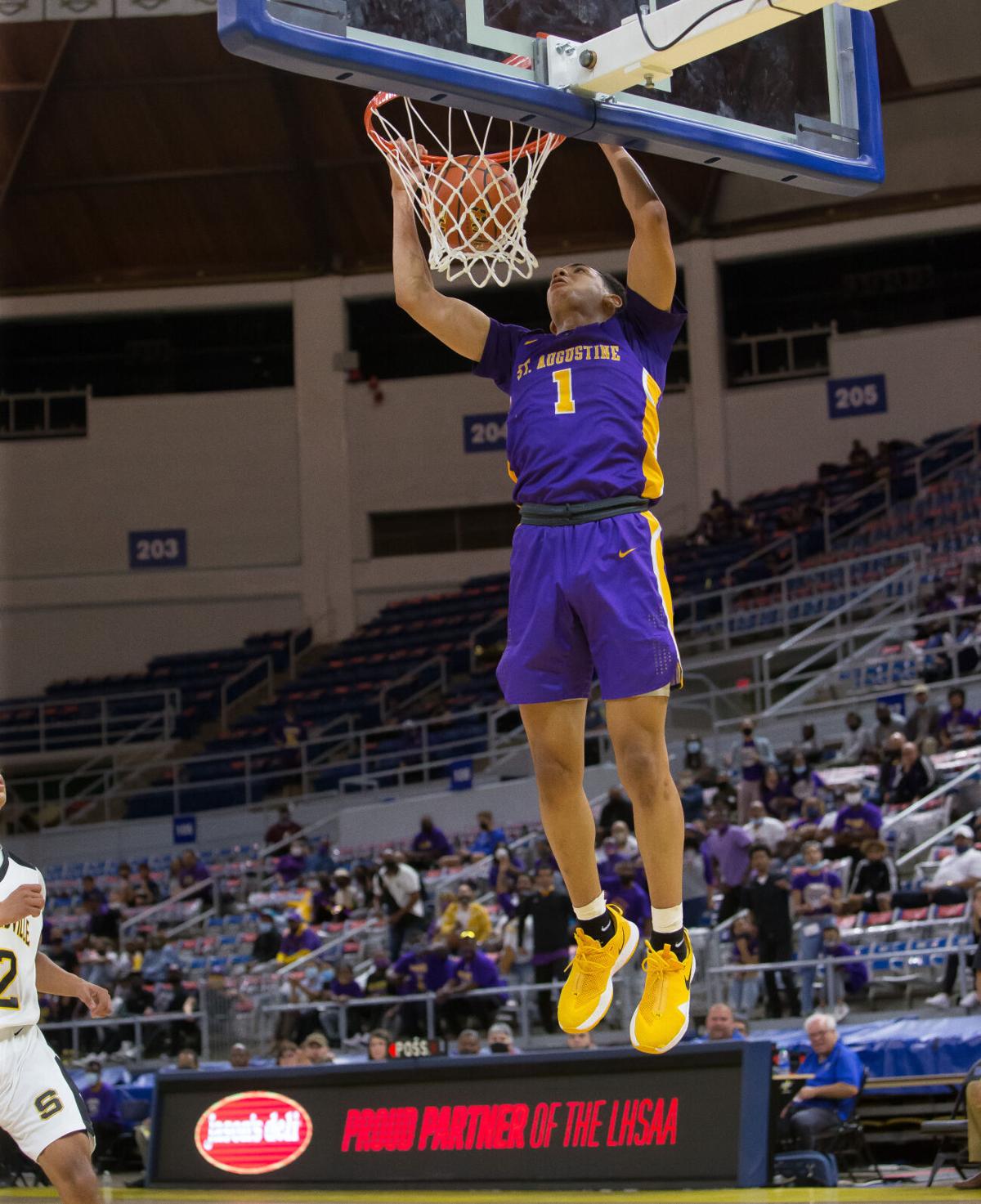 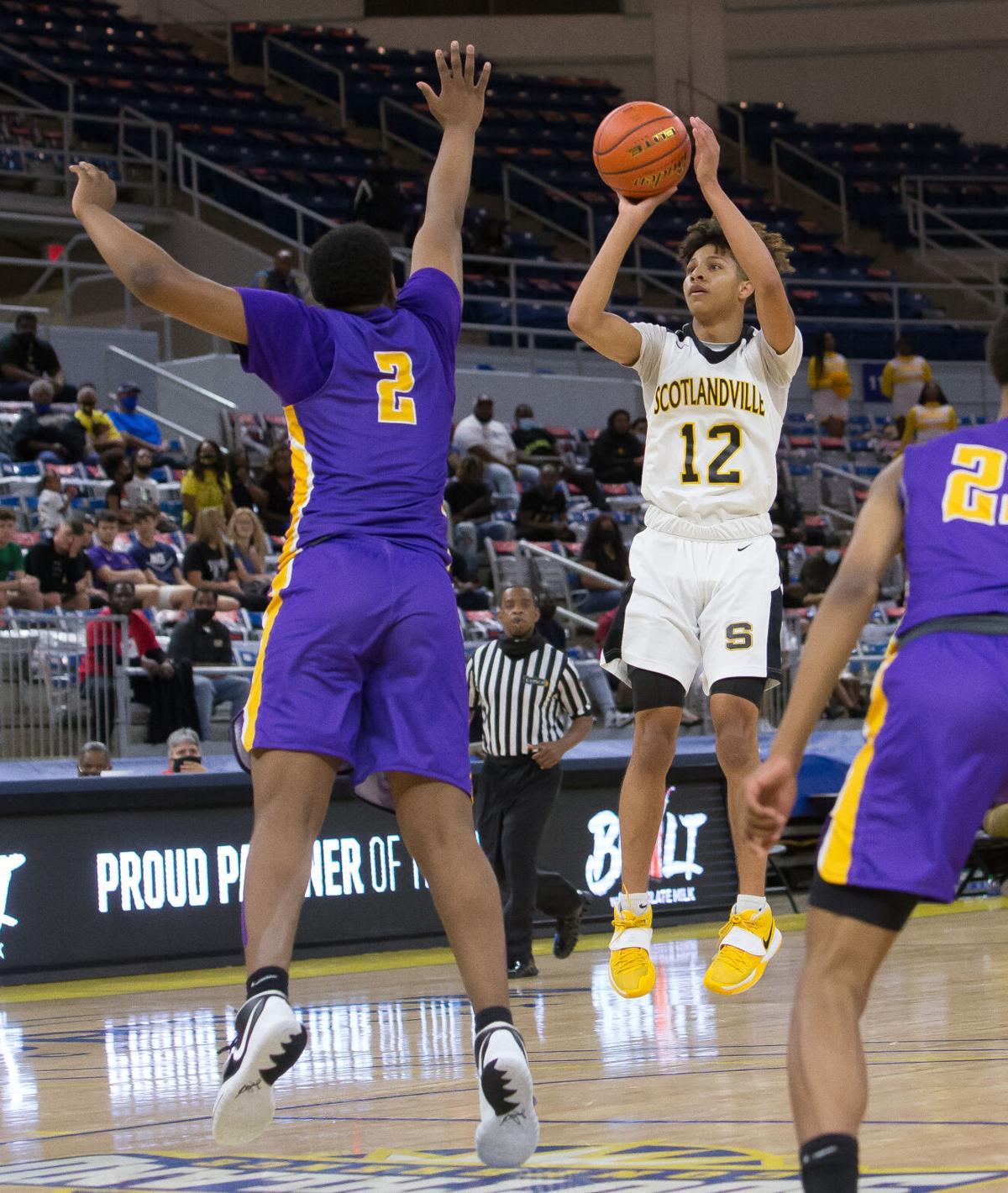 LAKE CHARLES — Scotlandville achieved more during its Division I state runner-up season than many people outside the basketball program might have thought possible.

That was the feeling the Hornets had as they left the floor Saturday following a 47-44 loss to St. Augustine at Burton Coliseum.

They had a chance at the end to tie the score with a 3-pointer that missed. And by some measure, that might have been more than what could be expected from a team that lost six seniors — including the state player of the year from last season — from a squad that had won the past four Division I state championships.

“Everybody in the state was saying we were done,” said Scotlandville senior Zaheem Jackson, who had 15 points and 15 rebounds in the championship game. “We weren’t going to have what it takes to be back here; we weren’t going to have a winning season. So it’s a big accomplishment as a team to show that we worked hard through the whole season to come back to this situation right here.

“Even though we didn’t pull out the victory, I feel pretty good. We got a chance to stick together and bond as a team and show others that we can really do anything.”

Scotlandville (29-4) led by nine points in the second quarter and by seven points early in the third.

Junior guard Rayvon Smith made three 3-pointers in the first half, his second one putting the Hornets ahead 21-12 in the second quarter — their largest lead in the game. Smith made another 3-pointer after St. Augustine tied the score late in the first half. Smith finished with 11 points.

St. Augustine (29-7) surged ahead in the quarter. With a deeper bench rotation than Scotlandville, which kept the same five players on the floor for the entire game, St. Augustine took command in the second half.

St. Augustine planned to play pressure defense from the start, figuring that would wear down the weary Hornets.

“I didn’t know when that was going to swing the score,” said first-year St. Augustine coach Gerald Lewis, whose team went from down seven to up four at the end of a 13-2 run in the third quarter. “I felt like we had more legs and more energy than the five guys they want to play. That was our game plan.”

Scotlandville made two baskets in the second quarter.

“We missed too many layups,” said Scotlandville coach Carlos Sample, whose team has played in 12 consecutive state championship games and won seven of them. “We didn’t get in the flow. We were too individual instead of team (oriented), and that caused us to break down offensively. We didn’t execute as well as we needed to.”

The missed 3-pointer at the end came after Scotlandville inbounded the ball from near midcourt with 10.3 seconds to play. St. Augustine junior Chris Landers came down with the rebound and got fouled with 1.4 seconds to play.

Although Landers missed the front end of a one-and-one, Scotlandville could not get off a shot in time.

Sophomore forward C’Zavian Teasett had eight points and nine rebounds for Scotlandville. Senior guard Emareyon McDonald made a 3-pointer in the first half and finished with seven points.

“The kids have noting to be ashamed about,” Sample said. “When you lose six seniors the way we did, everybody just wrote us off this year. Nobody expected us to be a .500 team. To get here, that’s a win in itself.”