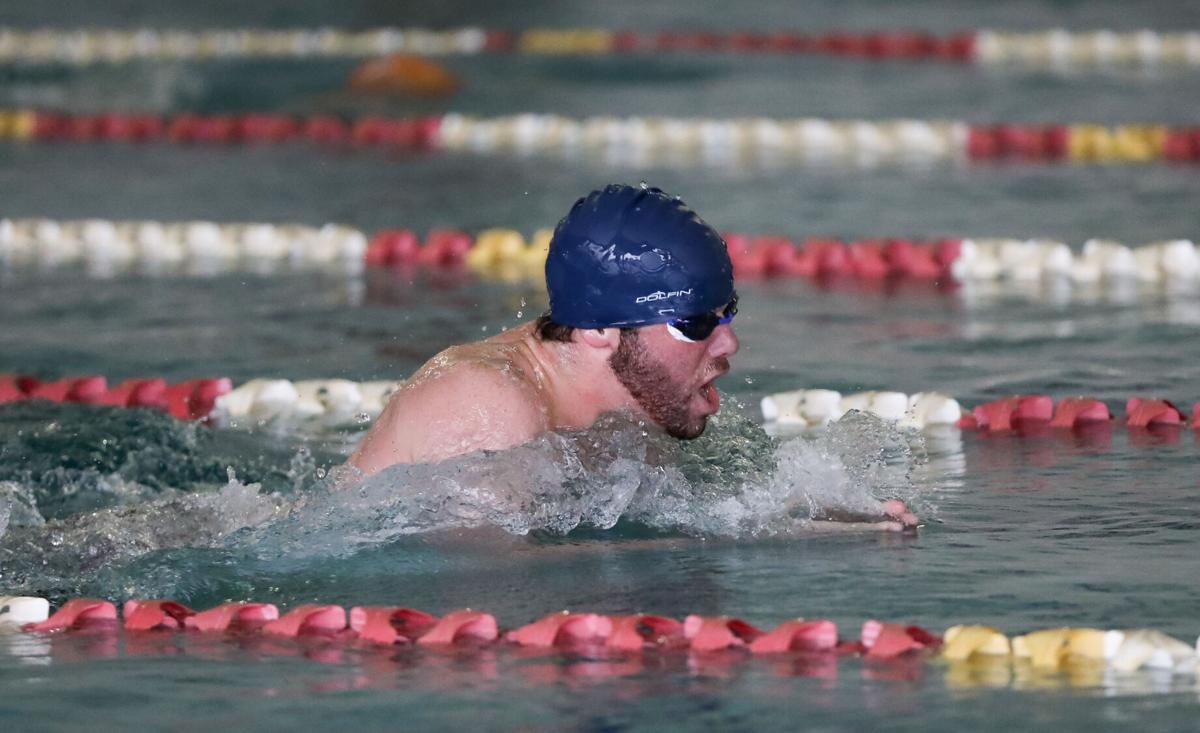 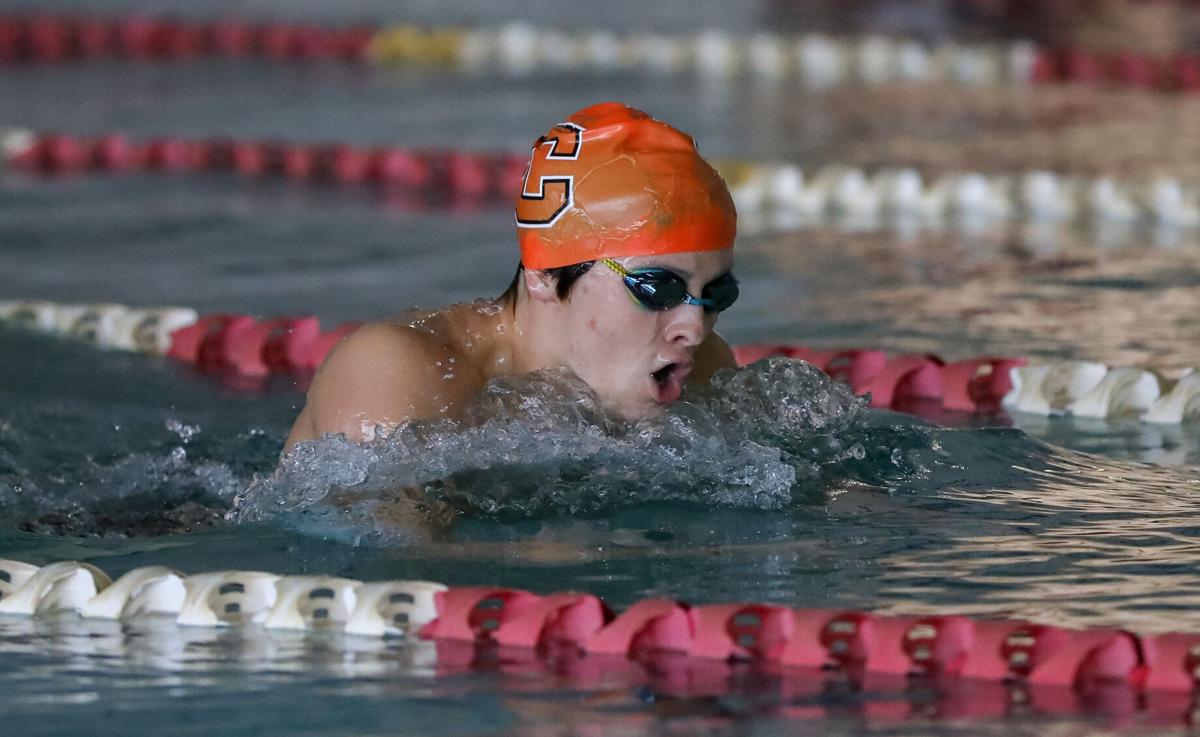 Catholic High's William Kitto IV swims the breaststroke in the only heat of the boys 200-yard individual medley at the Capital City Swim League meet at Crawfish Aquatics in Baton Rouge on Saturday, October 24, 2020.

Catholic High's William Kitto IV swims the breaststroke in the only heat of the boys 200-yard individual medley at the Capital City Swim League meet at Crawfish Aquatics in Baton Rouge on Saturday, October 24, 2020.

A week before the Capital City Swim League Championships, Liberty’s Riley Brown tried some events he normally doesn't swim. And he did swam quite well.

The West Virginia commitment helped lead the list of double winners at the final regular season meet of the CCSL season Saturday at the Crawfish Aquatics pool.

Brown plans to enter the 100-yard backstroke and 200 individual medley again next week at the CCSL championships. A year ago, Brown won both those events and was voted the Outstanding Boys Swimmer at the CCSL Championships. On Saturday, Brown did a little tune-up work for the IM by winning both the 100 butterfly (54.05 seconds) and the 100 breaststroke (1:01.90).

“Today I decided to do some events I don’t normally do,” Brown said. “It’s been a tough week of training. I wanted to relax a little and get some good racing in at the same time.

“It has been crazy this year. I am so happy that we have a high school season. I’m glad we can swim. Quarantine was so awful because we could not train like we normally do.”

There were three double winners in the girls meet — St. Joseph’s Academy’s Anna Guidroz and Camden Hull — along with Episcopal’s Abigail Gibson.

The Zachary girls had the low winning score of 24 points with the Broncos’ Rylee Deignan placing first with a three-mile time of 21 minutes, 19 seconds. Zachary’s boys team won its division with 32 points with the help of individual champion Rhen Langley, who finished in 16:16.

“This is a meet I am glad we were able to put together,” Zachary coach Julie Fink said. “In this COVID year with all the restrictions and limitations, some smaller schools have had trouble finding meets to run in. It was great to see all the kids out there racing.”

Boudreaux won the three-mile girls race in 18:35. Rodriguez was ahead of the pack in the boys' three-mile race in 16:00.

Live Oak won both team titles, finishing with the low score of 31 in the boys race and 41 in the girls race.