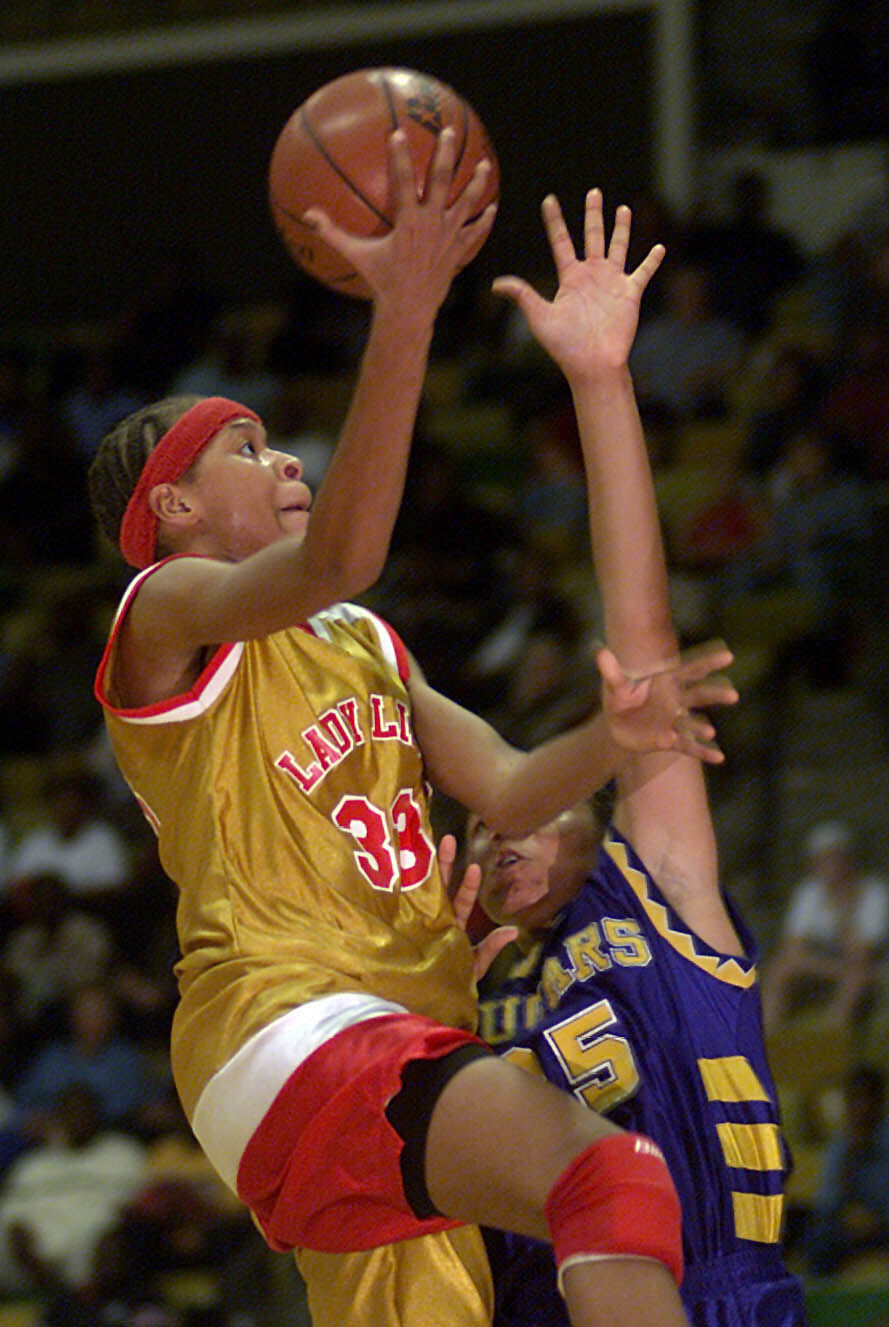 Advocate Staff Photo by Bradly J. Boner. Picture shot on 3/1. Capitol's Seimone Augustus, left, puts up a shot over St. Mary's Academy defender Dana Atkins during the second half of the Class 4A semi-final game Thursday night in Hammond. 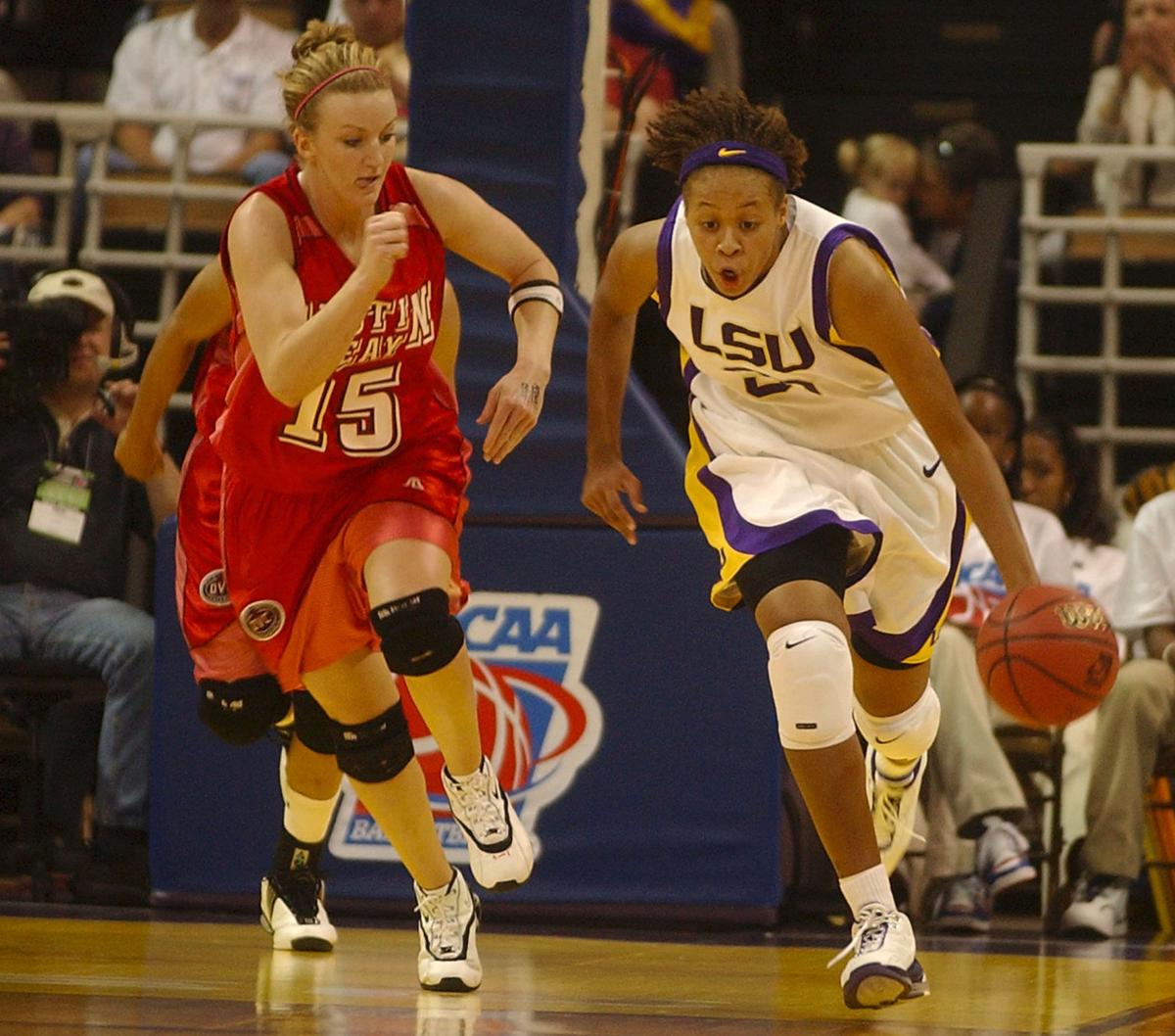 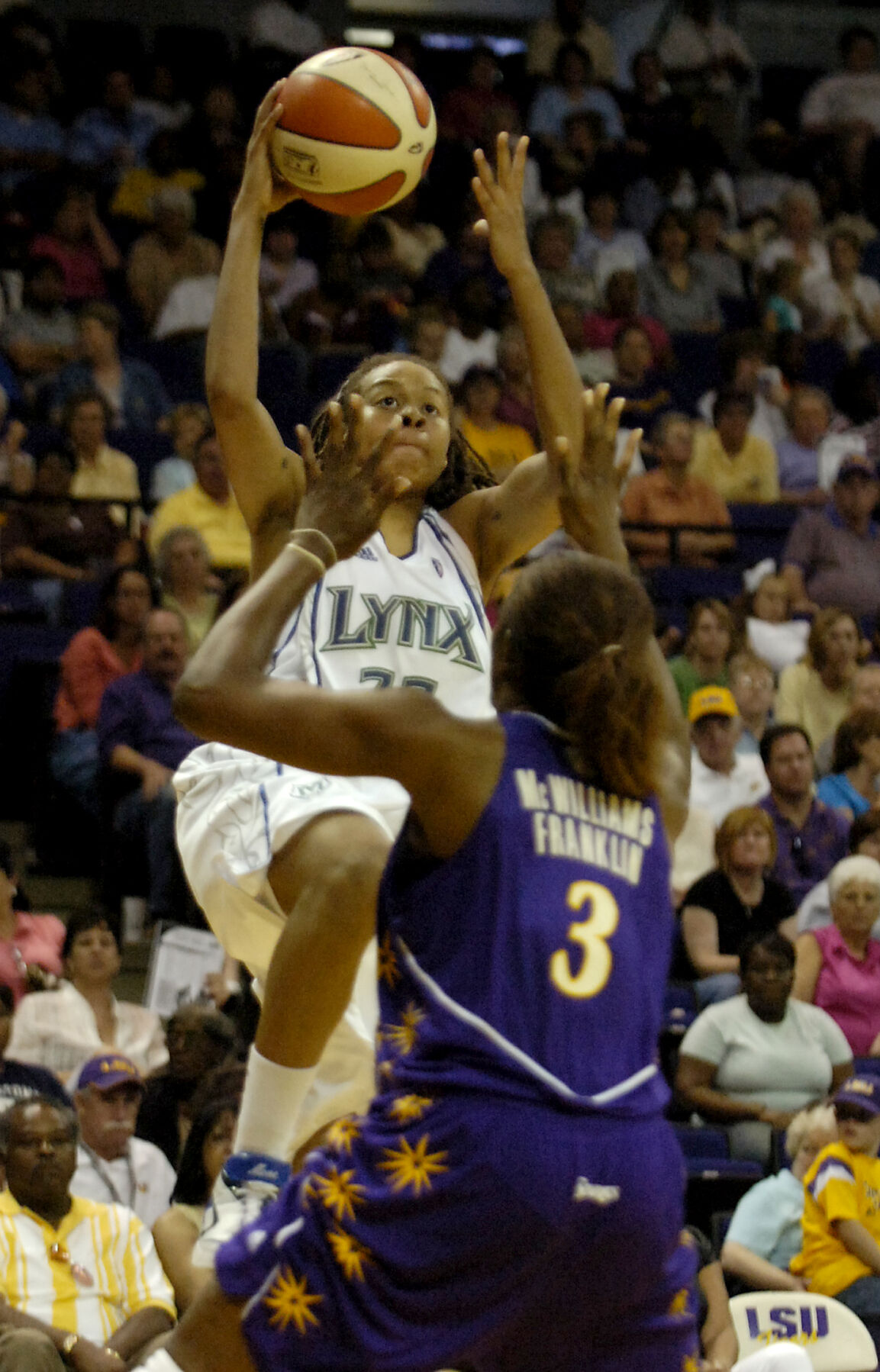 Advocate staff photo by PATRICK DENNIS shot on 5-13-07. 00007024a. Minnesota Lynx's 33-Seimone Augustus goes up for a shot over LA Sparks' 3-Taj McWilliams-Franklin. 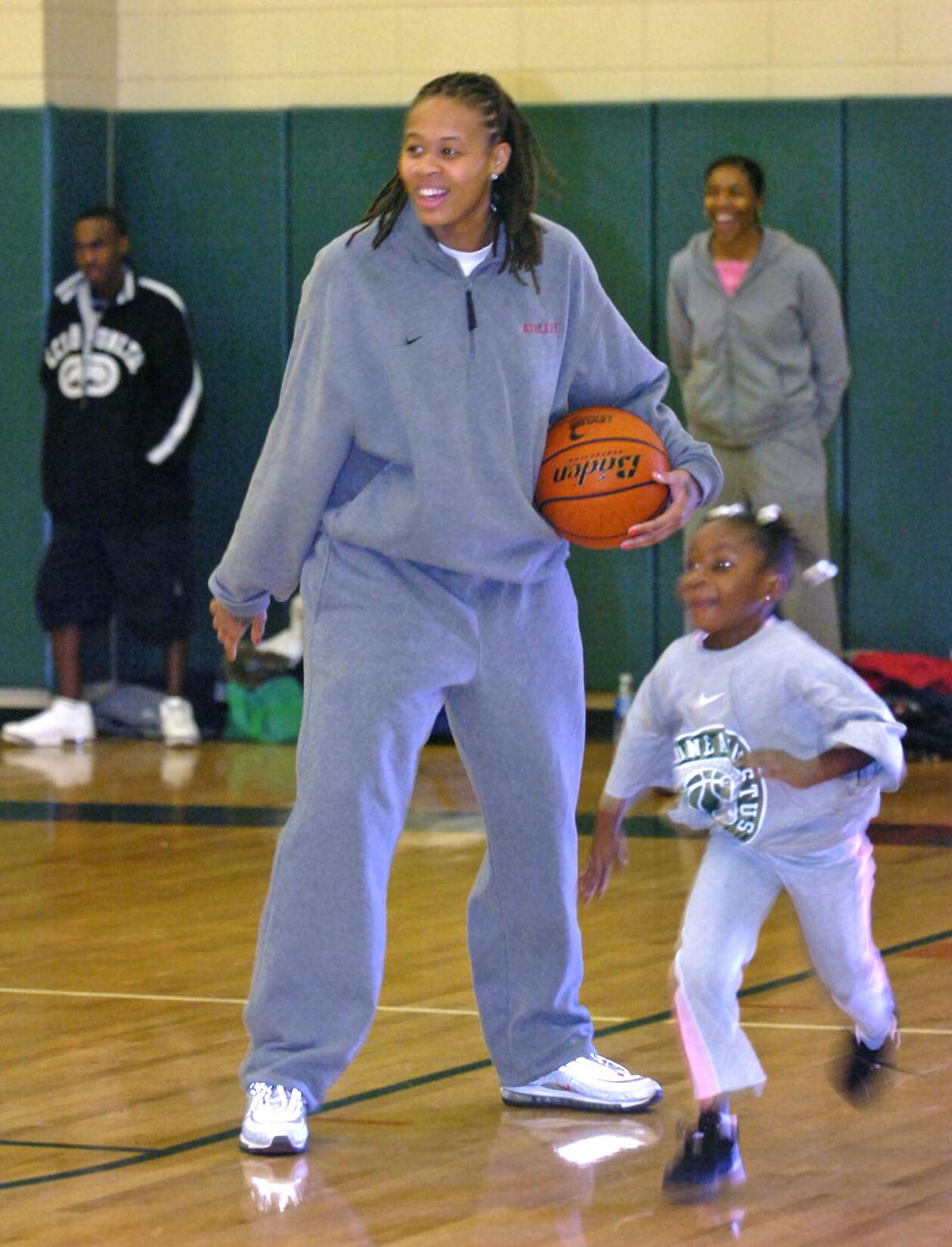 Advocate Staff Photo by Bradly J. Boner. Picture shot on 3/1. Capitol's Seimone Augustus, left, puts up a shot over St. Mary's Academy defender Dana Atkins during the second half of the Class 4A semi-final game Thursday night in Hammond.

Advocate staff photo by PATRICK DENNIS shot on 5-13-07. 00007024a. Minnesota Lynx's 33-Seimone Augustus goes up for a shot over LA Sparks' 3-Taj McWilliams-Franklin.

The news came in a text from my colleague, Scott Rabalais. Rumors had surfaced that former Capitol High and LSU star Seimone Augustus was about to retire after 15 WNBA seasons to become an assistant coach for the Los Angeles Sparks.

What happened next was clinical. Our staff confirmed the news, then put together a story and a list of career accomplishments. I did my part from the LHSAA baseball tournament in Sulphur.

But here's a bit of full disclosure: As I did, during the third inning of a baseball game I was covering, an unexpected wave of emotion hit me.

As I pondered Augustus’ career, two themes emerged. One is the notion of accomplishments versus legacies. The other borrows the title of a Jim Croce song — "Photographs and Memories."

Augustus made her mark as one of the greatest players in women’s basketball history. I also believe she is the most significant athlete to come out of Baton Rouge in the past 30 years.

Feel free to agree or disagree. But her career, and yes, even the emotions, say so. Augustus changed the trajectory of women’s basketball in Louisiana, both on the high school and college levels.

Not all high school stars live up to the hype. But Seimone Augustus did that and more. Remember, she was a legend before the rise of social media.

By the time Augustus graced the cover of Sports Illustrated for Kids as a ninth-grader at Capitol ("Is she the next Michael Jordan?" the headline asked), fans were coming from everywhere to see her play.

If you did not have a seat in the gym hours before the game, you weren't getting in. LHSAA Sweet 16 tournament games in Monroe and Hammond welcomed record crowds.

No other local athlete in my years of covering high school sports had this appeal. And of course, her skill set was special, too. Former LSU assistant coach Bob Starkey, now an assistant at Auburn, called Augustus a “generational talent” with a brilliant mind for the game, a Michael Jordan-like competitive streak and the work ethic to match.

Starkey says Augustus’ mindset and work ethic made every single repetition important to her. It changed the culture at LSU. It did the same for her high school teammates, too.

Weighing accomplishments versus legacies is often tricky. But not in this case. Augustus checks all the boxes, with national honors on the high school and college levels. She was a two-time Parade All-American in high school, a two-time Naismith Player of the Year in college.

As nice as individual accomplishments and all her statistics were, winning was what mattered most to Augustus. She did that, too.

The look of sheer joy on Augustus’ face the night Capitol won its first LHSAA title is something I will never forget. She got what she wanted; mission accomplished. Winners do win.

As for photographs and memories ...

Seimone Augustus is 37 years old. Her birthday falls just a couple of days after my 34-year-old daughter’s birthday, something I have known since they were children. Seymore Augustus, Seimone’s father, is a former co-worker of ours at The Advocate.

As her game and celebrity grew, Augustus stayed true to Baton Rouge. She keeps a low profile but always attends local high school games when she is home.

For just an instant Thursday night, I remembered Augustus as she was the first time I met her — a 9-year-old girl with long legs and a shy smile. She was wearing an old-style pair of white Larry Bird Converse shoes.

She had excelled in the Elks Hoop Shoot competition she now sponsors. So I knew she could shoot. A few years later, she was a freshman in pigtails with a killer crossover and other skills others did not possess.

My favorite memory? The moment she stepped back and took one last shot in the 2002 4A title game. Nothing but net — a final mic drop.

Simply the best? During my time in Baton Rouge, certainly.

There is a great deal of attention and excitement among fans of women’s basketball at the recruiting of Kim Mulkey to helm the LSU Lady Tigers.