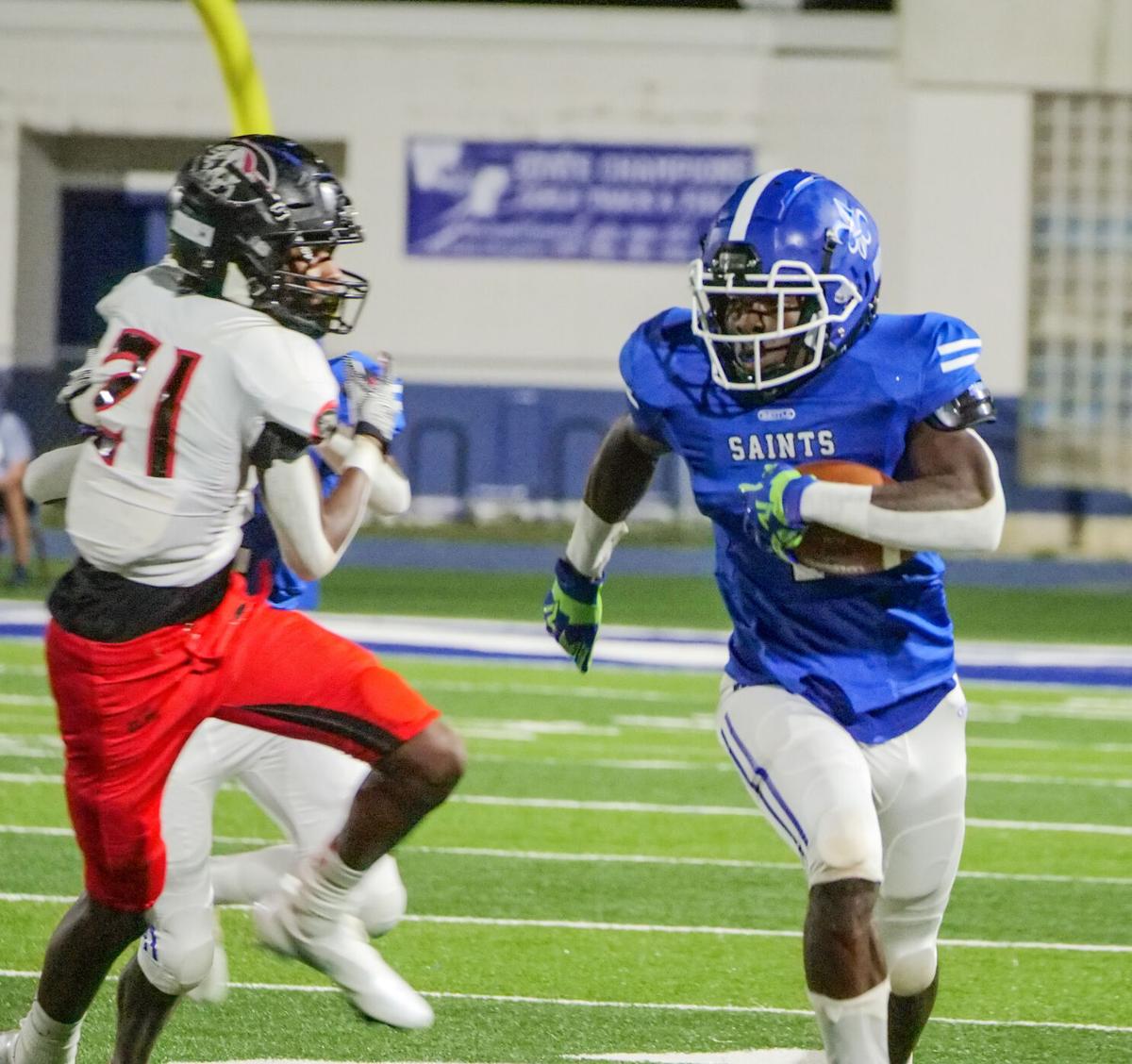 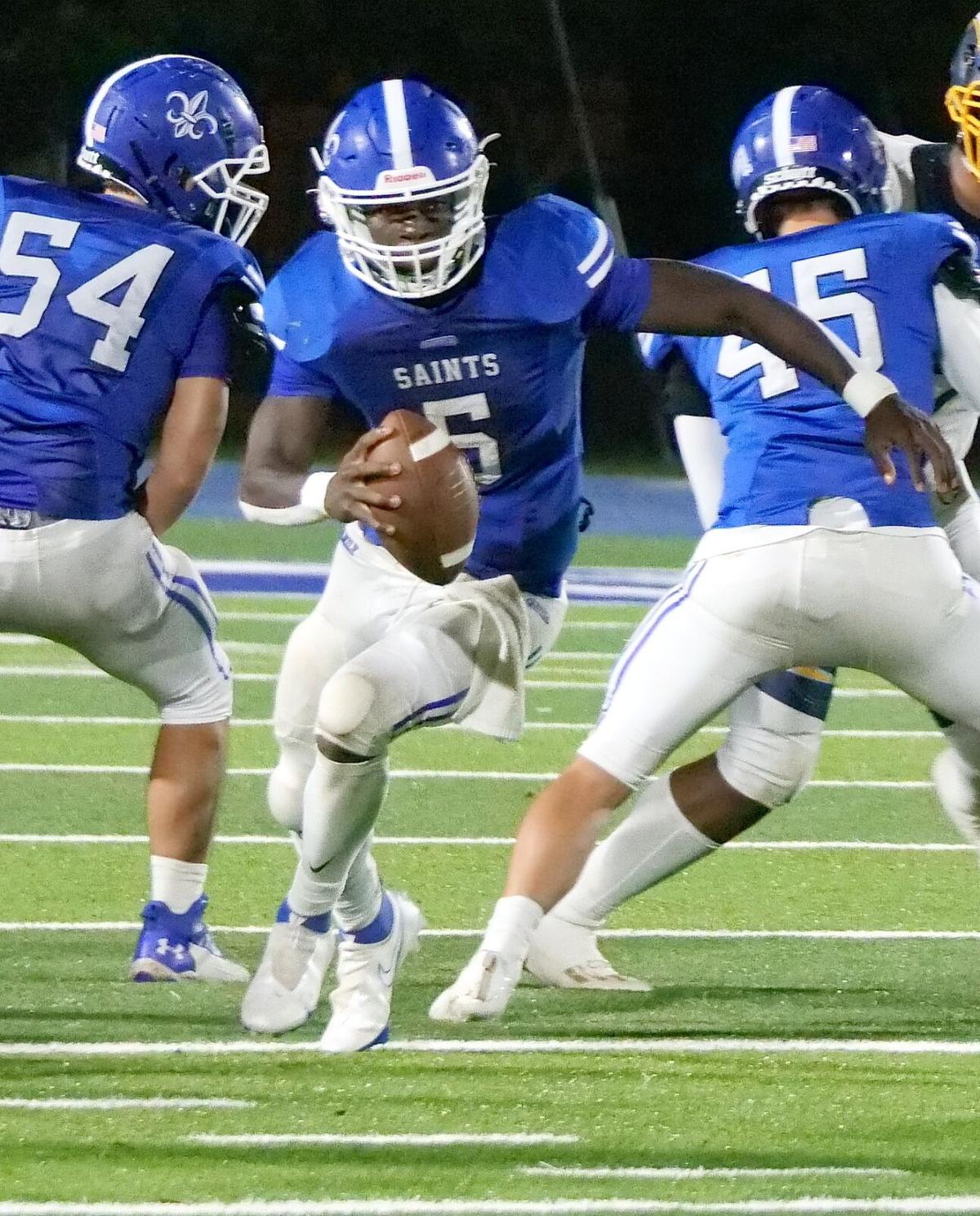 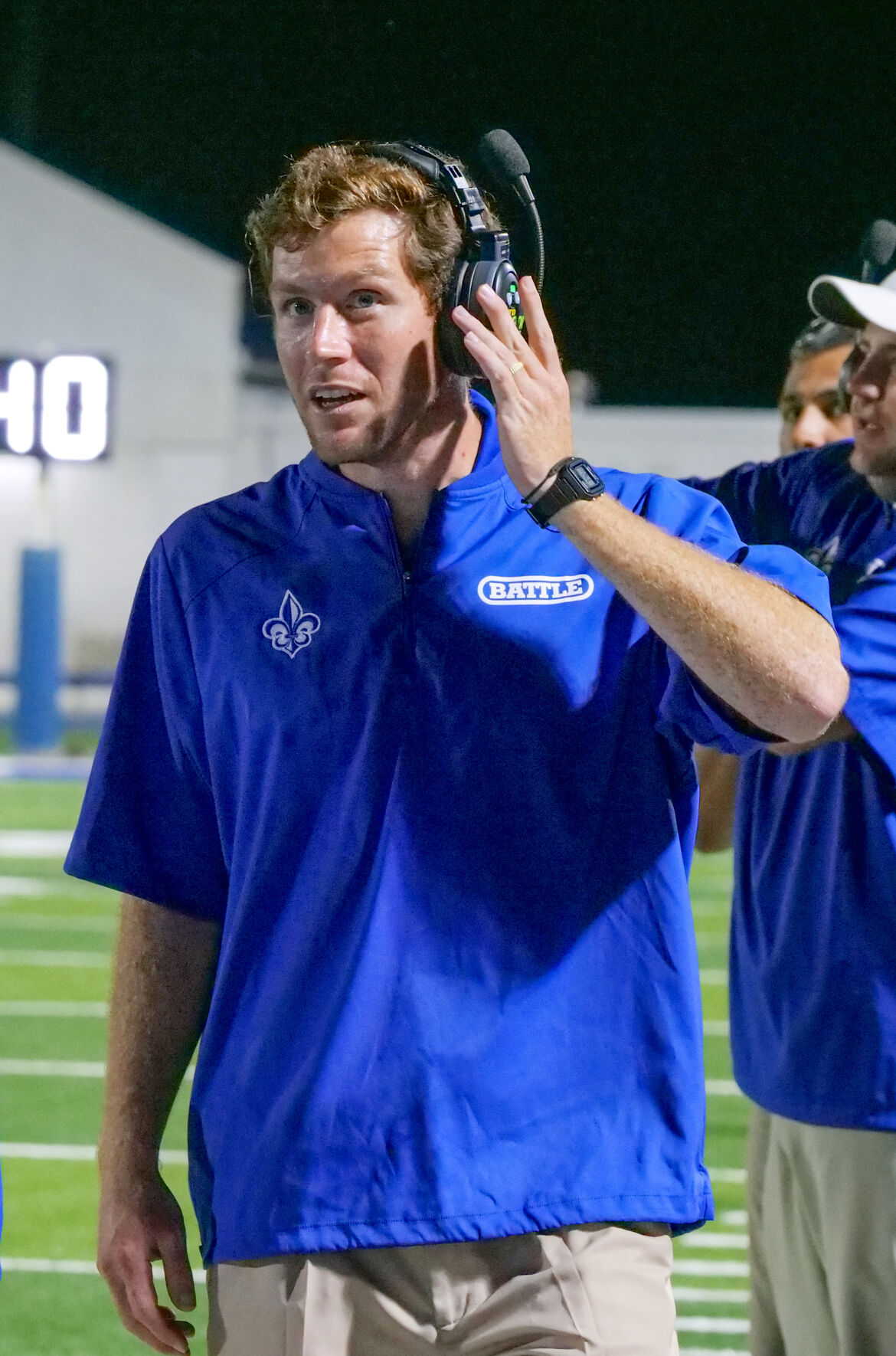 Second-year West Feliciana football coach Hudson Fuller said his team had been working on a fake punt for several weeks, waiting for the prime opportunity to unveil it.

With the Saints locked in a tense 21-21 game in the third quarter against Iowa in last week’s Class 3A state regional, they faced a fourth-and-6 from their 45-yard line and Fuller knew exactly what to do.

“It was something we felt confident in our kids being able to execute,” Fuller said.

Punter Archer Pangburn completed his first pass this season — a 20-yard pass to standout wide receiver Aeneaus Lemay. That pass not only helped keep the drive alive but led to the go-ahead touchdown.

No. 20 West Feliciana added another touchdown and got a late interception from Joel Rogers to clinch a 35-27 upset victory over No. 4 Iowa, sending the Saints (7-5) to Friday’s state quarterfinal at No. 5 Church Point (12-0) at 7 p.m. Friday.

“That meant they really trusted us,” Lemay said. “They were giving it their all like we were giving it our all. That let us know they believed in us.”

Lemay said there’s been a great deal of conviction in this year’s team which began with a 1-4 record, went 4-1 to close the regular season and has recorded a pair of upset wins over No. 13 Jewel Sumner (38-0) and Iowa, reaching this juncture for the first time since the Saints won the Class 3A state title in 2017.

The Saints proudly embrace their role as the state’s lowest seeded team remaining, a sign of their perseverance against a rugged schedule that included losses to Zachary, Madison Prep and U-High – teams with a combined record of 34-1 and still alive in the playoffs – coupled with the team’s ability to jell veteran leadership and youthful talent.

Linebacker Delvin Whitaker’s leads the Saints in tackles and Titus Washington in interceptions.

“Everybody wasn’t expecting us to come this far,” said Lemay, a McNeese State commitment. “It’s more momentum for us.”

West Feliciana’s eight weeks removed from its lowest point in the year.

The Saints built a 22-0 lead over District 7-3A opponent Parkview Baptist, who rallied and scored a late touchdown and added a two-point conversion for a 23-22 victory.

“For us that was the turning point in the season,” Fuller said. “Nobody wants to lose that way but at the same time it motivated us to have some urgency to get some things corrected.”

West Feliciana responded by winning four of its next five games and in its lone setback, rallied from a 21-point halftime deficit to get within a touchdown of U-High in the third quarter before falling 56-28.

They haven’t experienced defeat since, only the jubilation of back-to-back playoff wins and the thrill of practicing during the Thanksgiving holiday.

“I would have told you I believed,” Lemay said of his team’s quarterfinal journey. “I feel we played the hardest schedule in 3A, and those games prepared us for the playoffs. But we’re not going to be rewarded until we’re in that (Caeser’s) Superdome.”