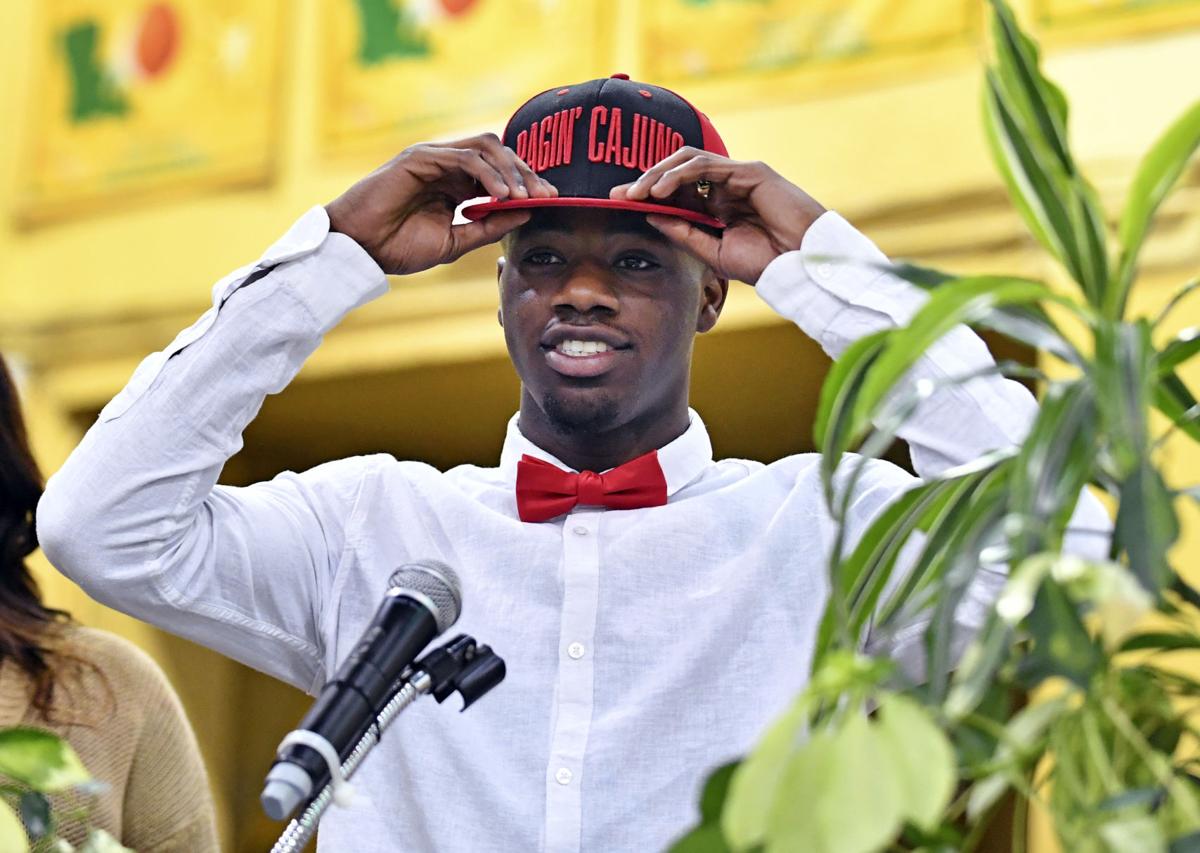 Southern Lab's Reginald Johnson declares he will be attending the University of Louisiana at Lafayette during National Signing Day festivities, Wednesday, February 5, 2020, at Southern Lab in Baton Rouge, La. 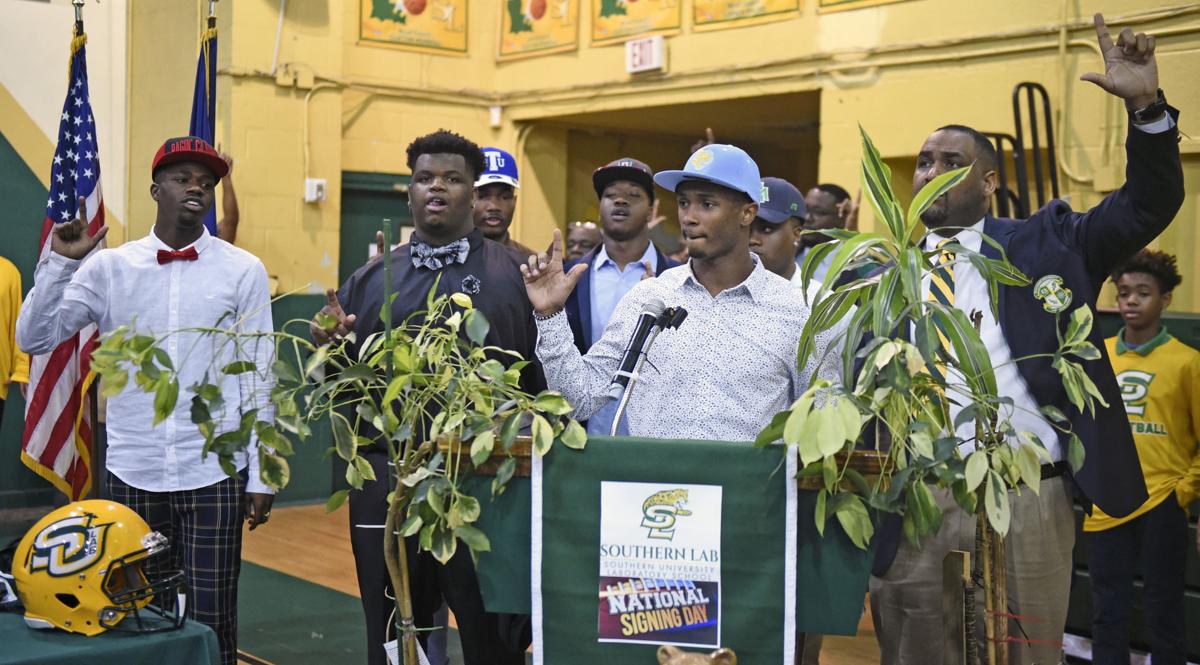 Southern Lab's Reginald Johnson declares he will be attending the University of Louisiana at Lafayette during National Signing Day festivities, Wednesday, February 5, 2020, at Southern Lab in Baton Rouge, La.

“Home is where the heart is,” is the kind of cliché you expect to see on a greeting card. It can take on multiple meanings when it comes to college football recruiting.

That point was reinforced Wednesday afternoon at Southern Lab by wide receiver Reginald Johnson and two teammates. A longtime Houston commitment, Johnson signed with UL during a signing ceremony held in the school’s gymnasium.

“When I decommitted from Houston, I put a lot of thought into what to do,” Johnson said. “I thought a lot about by grandparents. I wanted to be at a place where they could drive to and make every game. It’s about having my whole support system around.”

Johnson, listed as Louisiana’s No. 40 prospect for 2020 by 247sports, said a recent visit to the UL campus and the chance to reunite with the former BREC league quarterback, Cajuns’ starter Levi Lewis of Scotlandville, helped seal the deal. Johnson (6-foo-1, 180 pounds), who earned All-Metro and Class 1A All-state honors, also considered Virginia.

Defensive backs Kenyon Andrews (Tennessee State) and Michael Wicker Jr. (Southern) were the other Kittens who signed on Wednesday to open the NCAA’s second football signing period. Also taking part in the ceremony was linebacker Jabar Triplett, who signed with Arizona in December.

“Just to be part of this and watch my brothers sign today means a lot,” Triplett said. “This is something we’ve all been working for. We’ll be in different places, but we will get the chance to experience college football, which has been the dream.”

But a football dream was not the one Andrews (6-3, 190) always had. He quit playing football as a freshman in order to focus on basketball. He played just one year of varsity football as a safety and was selected as the Co-Defensive MVP for District 6-1A.

“After last year, I started thinking about what would be the best way to get a scholarship and decided to go back to the sport I always played,” Andrews said. “The other players and coaches embraced me and once they saw what I could do, they pushed.”

Like Johnson, Andrews considered UL and he also had offers from Texas Southern and Southern. He said he fell in love with the campus and tradition on his visit to Nashville-based TSU.

Wicker (6-0, 175) found that home really was right down the road with the Jaguars. Talks with coach Dawson Odums and others affirmed his choice over the weekend.

“I like coach Odums and want to be part of what he is building at Southern,” Wicker said. “There is a tradition of players who have gone from Southern Lab to Southern. I like the idea of adding to that.”

It was a proud day for Southern Lab coach Darrell Asberry, a longtime college coach, who completed his third year at his alma mater.

“As a college coach, I got high school players as a finished product,” Asberry said. “Watching these guys grow, develop and earn scholarships is rewarding in a special way.”