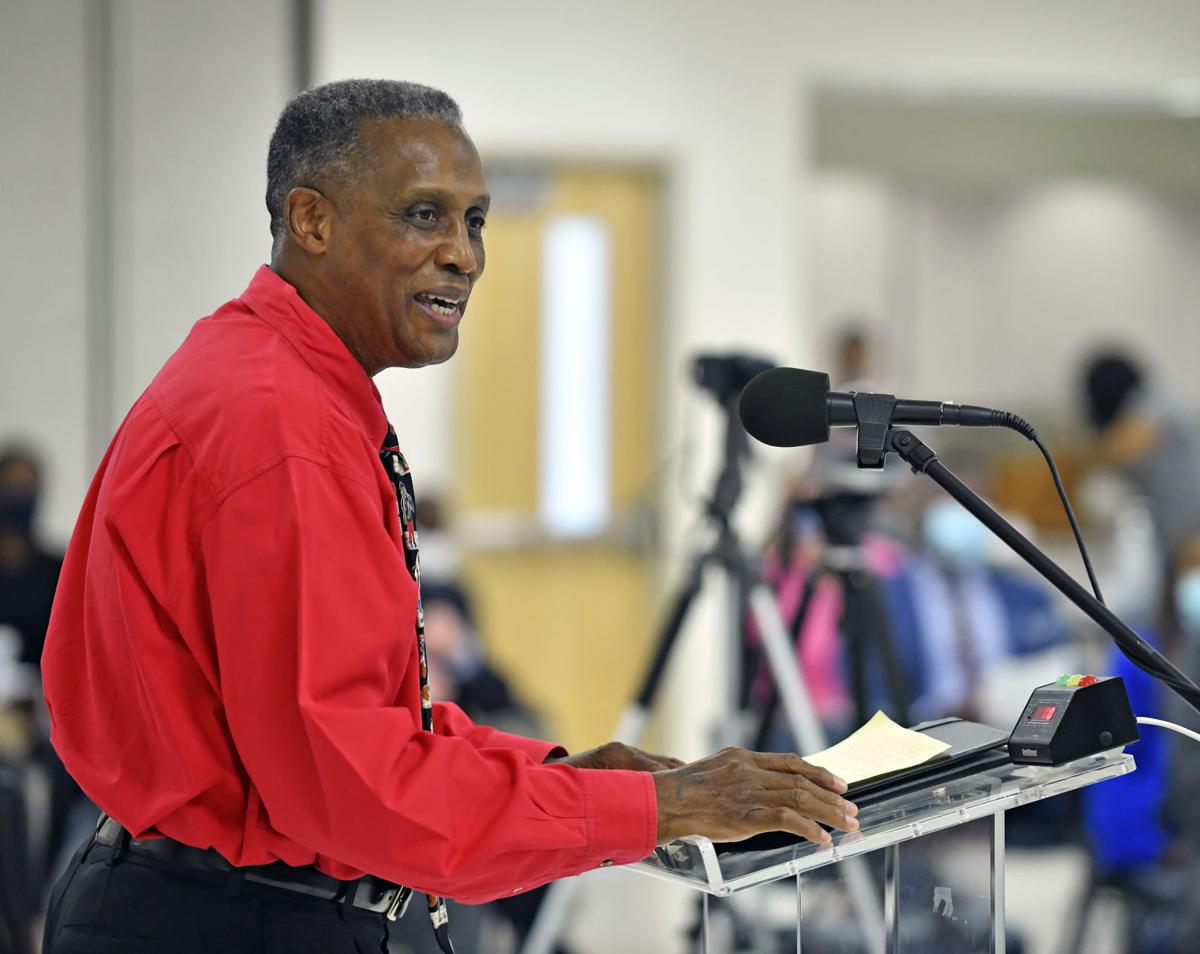 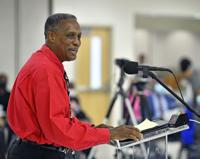 Glen Oaks coach Harvey Adger speaks during a meeting of the East Baton Rouge Parish School Board, Thursday, June 18, 2020, at the Professional Development Center in Baton Rouge, La. During the meeting, board members voted to name the Glen Oaks High School gym the "Coach Harvey Adger Gym" in his honor. 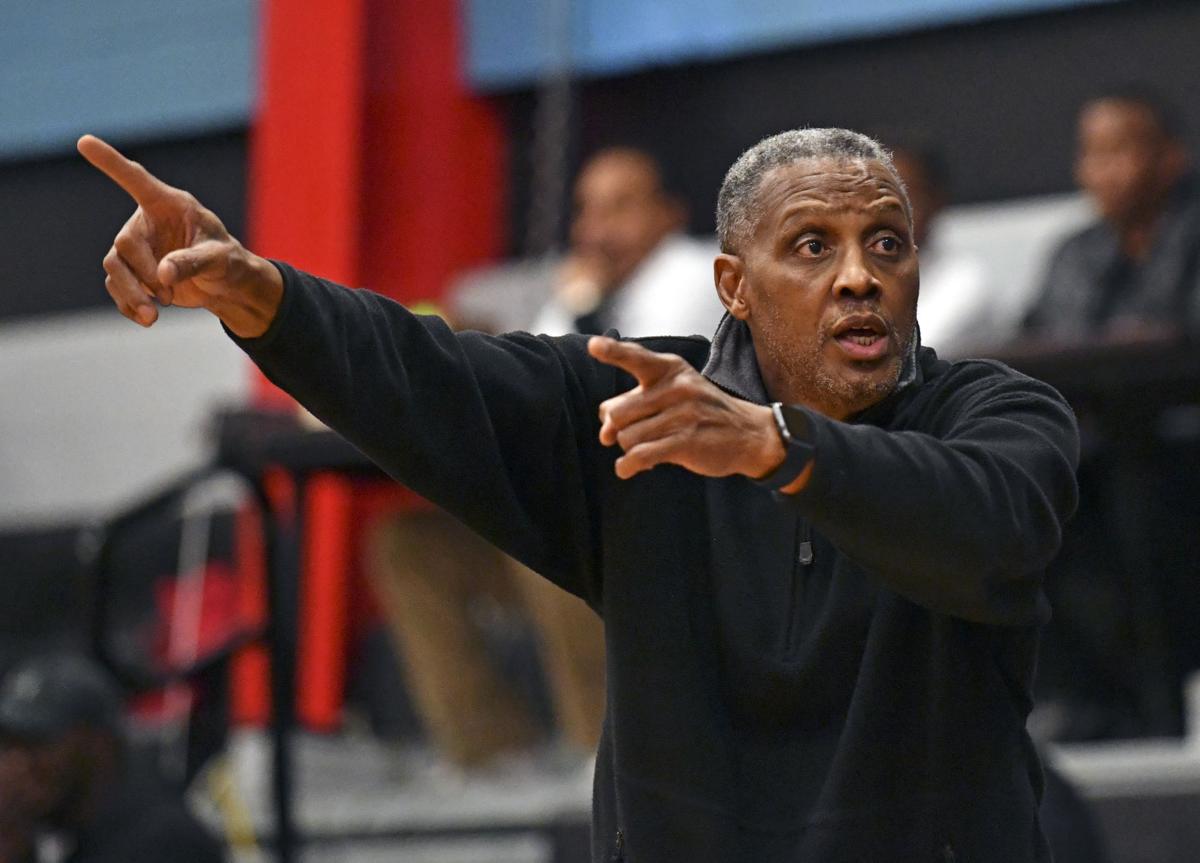 Glen Oaks coach Harvey Adger speaks during a meeting of the East Baton Rouge Parish School Board, Thursday, June 18, 2020, at the Professional Development Center in Baton Rouge, La. During the meeting, board members voted to name the Glen Oaks High School gym the "Coach Harvey Adger Gym" in his honor.

Have you ever met a person and soon realized his or her example makes you want to be better at what you do? Harvey Adger certainly fills that role for me, along with countless other coaches and players.

Over the past 29-plus years, I have written about a lot of Adger’s 883 career wins as the boys basketball coach at Glen Oaks. Not to mention, four LHSAA titles.

Stories of triumphs and championships do take on a life of their own. But on Thursday night, the East Baton Rouge Parish School Board gave Adger an honor that will be on display for years to come.

The GOHS gym is now the Harvey Adger Gym. Adger’s name will be on the wall and on the court — providing a full-court kind of legacy that reminds many of us of the suffocating defense the Panthers are known for.

“It was totally unexpected, but as I told the superintendent, Mr. (Warren) Drake, and my School Board representative, Mr. (Dadrius) Lanus, it is quite an honor to have this done in my name,” Adger said.

“You just don’t know where your flowers are going to come from. You never go to work thinking someday your name is going to be put on a building or on a wall.

“It is up to other people to see your body of work and determine how they measure it. I will enjoy it for what it is. It is a huge blessing.”

The decision to name the school’s gym in Adger’s honor is appropriate. Though he did not build the structure, the kind of structure and discipline Adger has provided through 39 seasons at Glen Oaks has provided a life-altering foundation for many young men.

Two words I believe define Harvey Adger the best are "humble" and "meticulous." Ask him about his great teams and he will give credit to his players and assistant coaches.

When former players call or come to a game during the Christmas holidays when they travel back to Baton Rouge, it means something to Adger. Jeff Jones of Madison Prep and Brandon White of Lee are among the former players who are now accomplished coaches.

Ask him about other coaches, such as Peabody’s Charles Smith, Danny Broussard of St. Thomas More or longtime local rivals such as Kenny Almond and Gary Duhe, and Adger will tell you he’s honored to be mentioned in the same sentence with them.

Adger is meticulous. At a GOHS home game many years ago, Adger instructed the scoreboard operator to reset the pre-game clock.

Former players confide that Adger is not always easy to play for because he pushes them with grueling workouts. Lots of running. And, of course, sweeping the court after.

The way Adger always manages to get everything he can out of his players never ceases to amaze me. It makes me wonder if I can do better in my profession.

Because I have known Adger for so long, I also understand his motivations. He grew up in Shreveport watching his father repair cars. He is one of six siblings who became educators and has only missed one day of work in 48 years.

“This young man was born with no arms and my brother showed him how to put a paint brush in his mouth and create art his way,” Adger said. “To hear him describe that was beautiful.”

At age 70, Adger considers himself to be “year to year” on the job. He says going into a gym with his name on it may seem odd. As always, Harvey Adger’s goal is to make a difference.

That is a notable ambition for all of us.

For the love of the game: At the 800-win plateau, the passion still burns for Glen Oaks icon Harvey Adger

The image of his father’s twisted and bruised fingers remains with Harvey Adger.