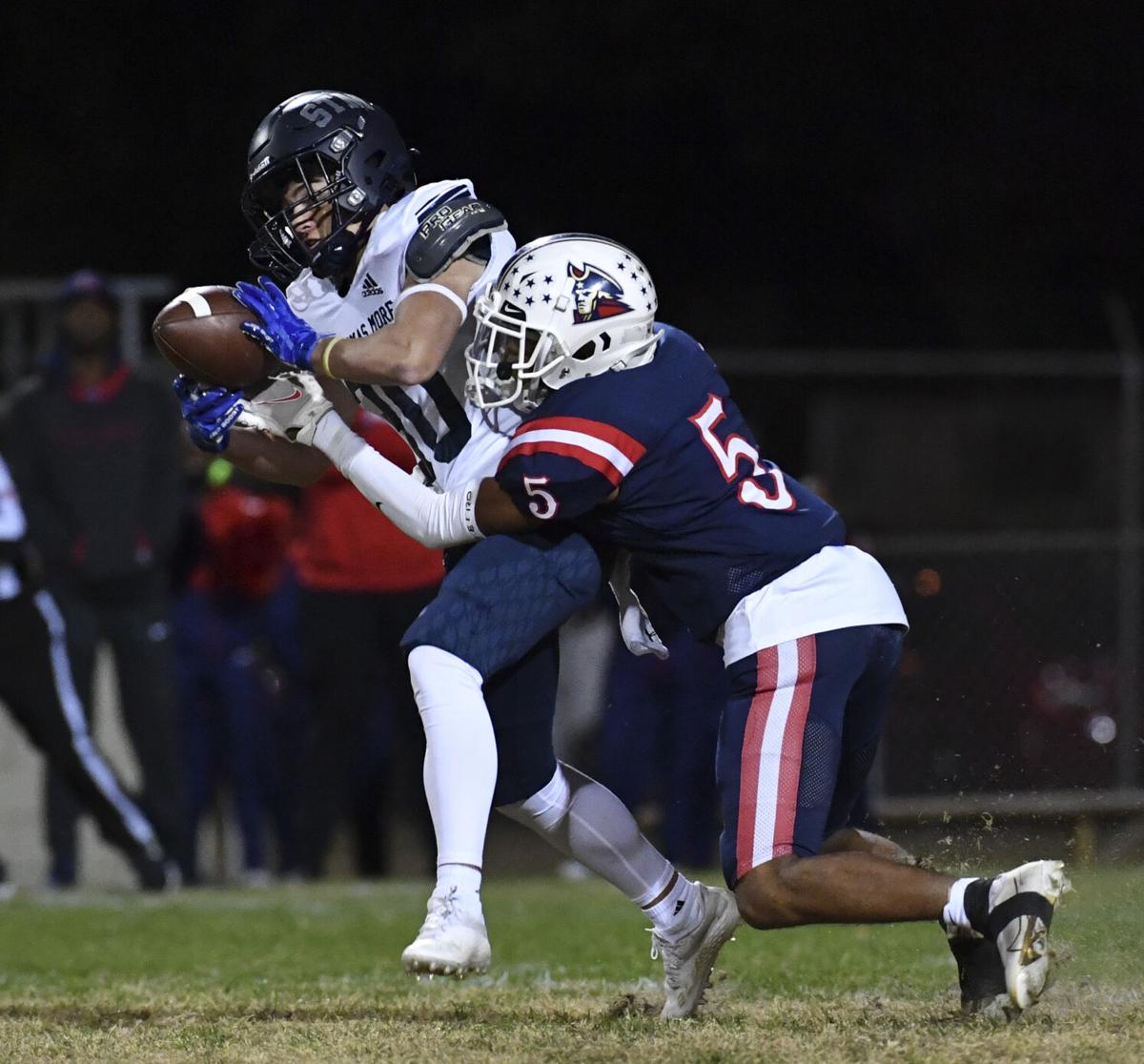 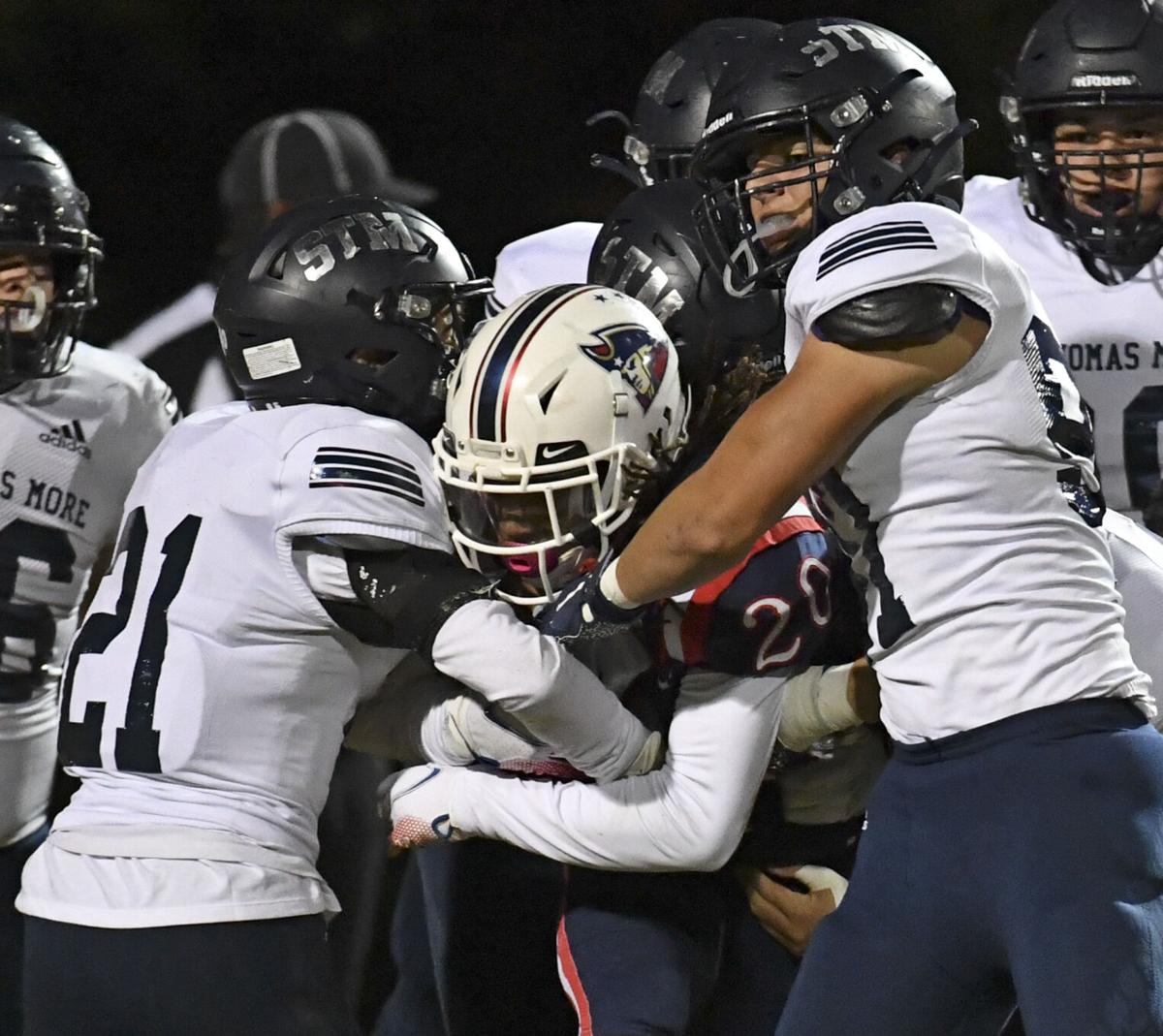 Liberty's Sema'j Hatten (20) is stopped on the carry by a pack of St. Thomas More Cougars in a Division II quarterfinal playoff game, Friday, November 19, 2021, at BREC's Olympia Stadium in Baton Rouge, La. 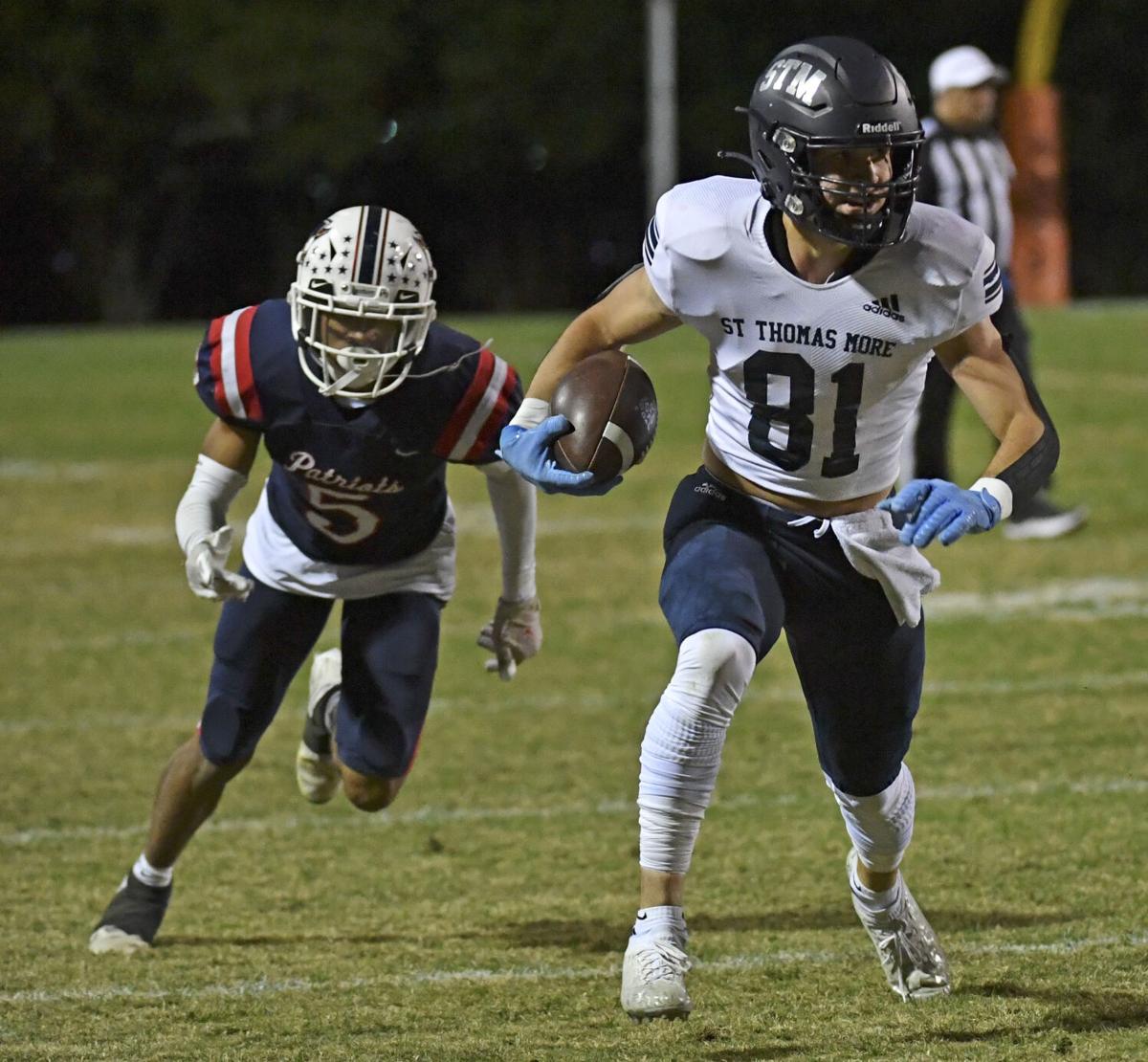 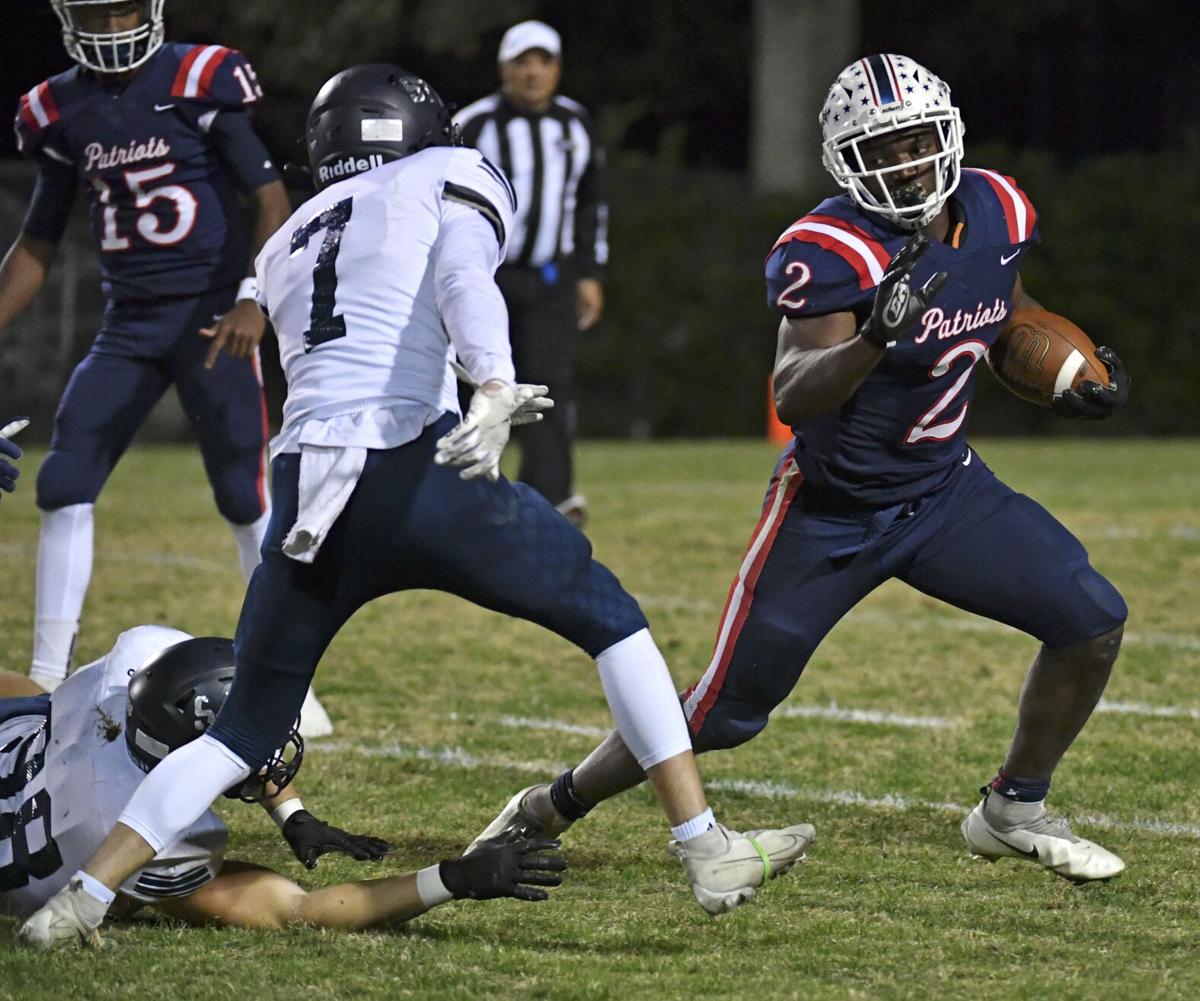 Liberty's Sema'j Hatten (20) is stopped on the carry by a pack of St. Thomas More Cougars in a Division II quarterfinal playoff game, Friday, November 19, 2021, at BREC's Olympia Stadium in Baton Rouge, La.

On its ascent, Liberty’s first-year program got a look at the top of the mountain in Division II.

The Patriots will continue their climb next season after reigning two-time Division II state champion St. Thomas More rode a blistering start to a 64-35 victory Friday in the state quarterfinal round at BREC’s Olympia Stadium.

“We had a great season,” Liberty coach Drey Trosclair said. “Obviously right now it hurts. But it’s not going to overshadow what we’ve been able to do all season. We’ll learn from this, and we’ll build on the good things. We’ll definitely build on some of the mistakes we made and we’ll get better.”

The fast-paced Cougars scored on all six of their first-half possessions in an average time of 1 minute, 12 seconds, snapping a 7-all tie to take a commanding 42-7 halftime lead.

“I thought we played a good ballgame, especially in the first half,” said STM football coach Jim Hightower, whose team extended its winning streak to six. “We let it get a little sloppy in the second half, but all in all, we’re really pleased with the effort. They have some weapons. They hit a few big plays. I thought our defense did a commendable job, and we’re moving on.”

Hutch Swilley paced STM with 19 carries for 192 yards, while Charlie Payton had 19 attempts for 167 yards with both running backs scoring three touchdowns apiece.

Howard completed 18 of 25 passes for 252 yards and two TDs. Jack Elliott Hines led the way with four catches for 40 yards, including an 11-yard TD grab on the first play of the fourth quarter that made it 56-29.

“They have a great system, a great coaching staff and they have great players,” Trosclair said.

The Patriots, who gained 279 of their 401 yards in the second half, also scored on TD passes of 37 yards from Gross (14 of 33, 197 yards) to Jackson and converted a double pass of 29 yards from McKneely to Brandon Davis.

“I’m proud of the way my guys kept fighting. We didn’t give up,” Trosclair said. “We could have laid down at 42-7, but we came out in the second half and fought and kind of made a game of it at one point.”

How Zachary and its SEC-bound QB found a way vs. East Ascension

Top-seeded Zachary overcame a sloppy start and held on to beat No. 17 East Ascension 24-21 in a second-round Class 5A playoff game Friday nigh…