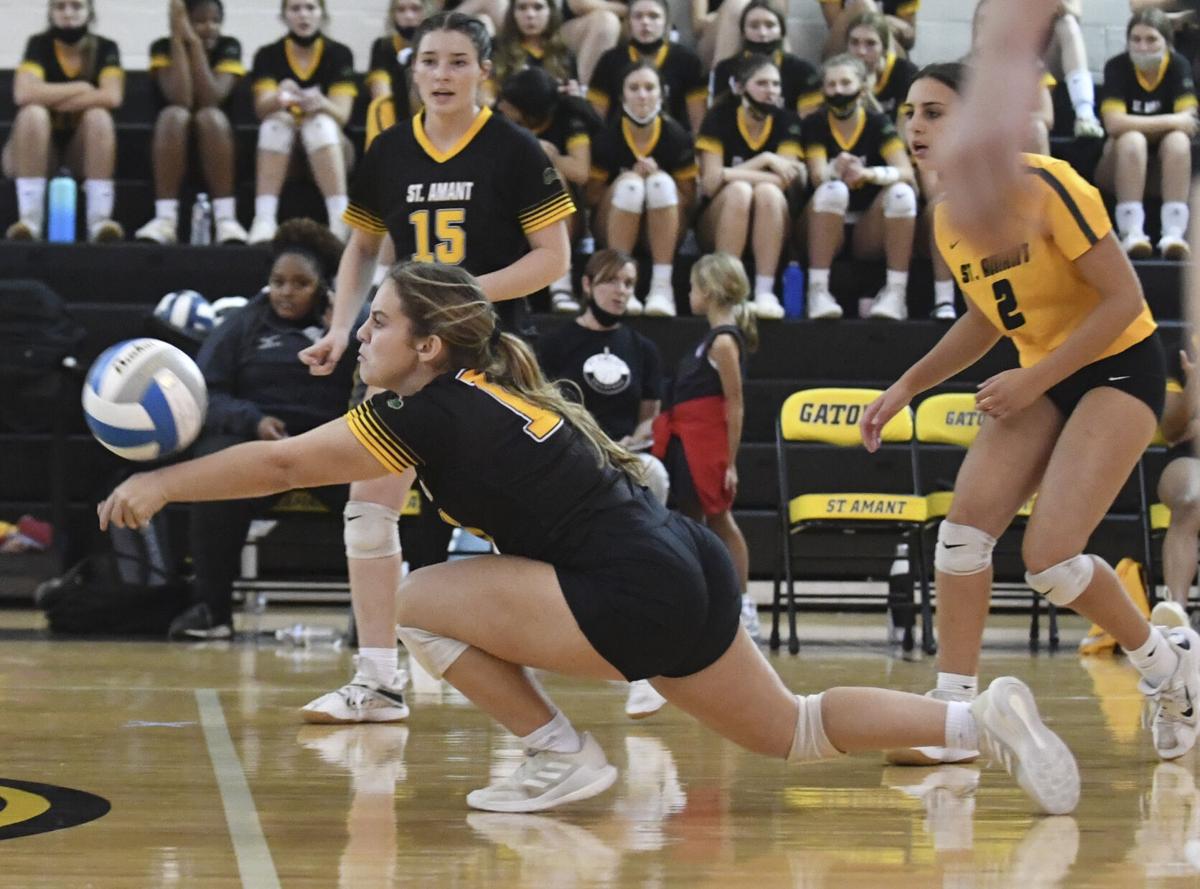 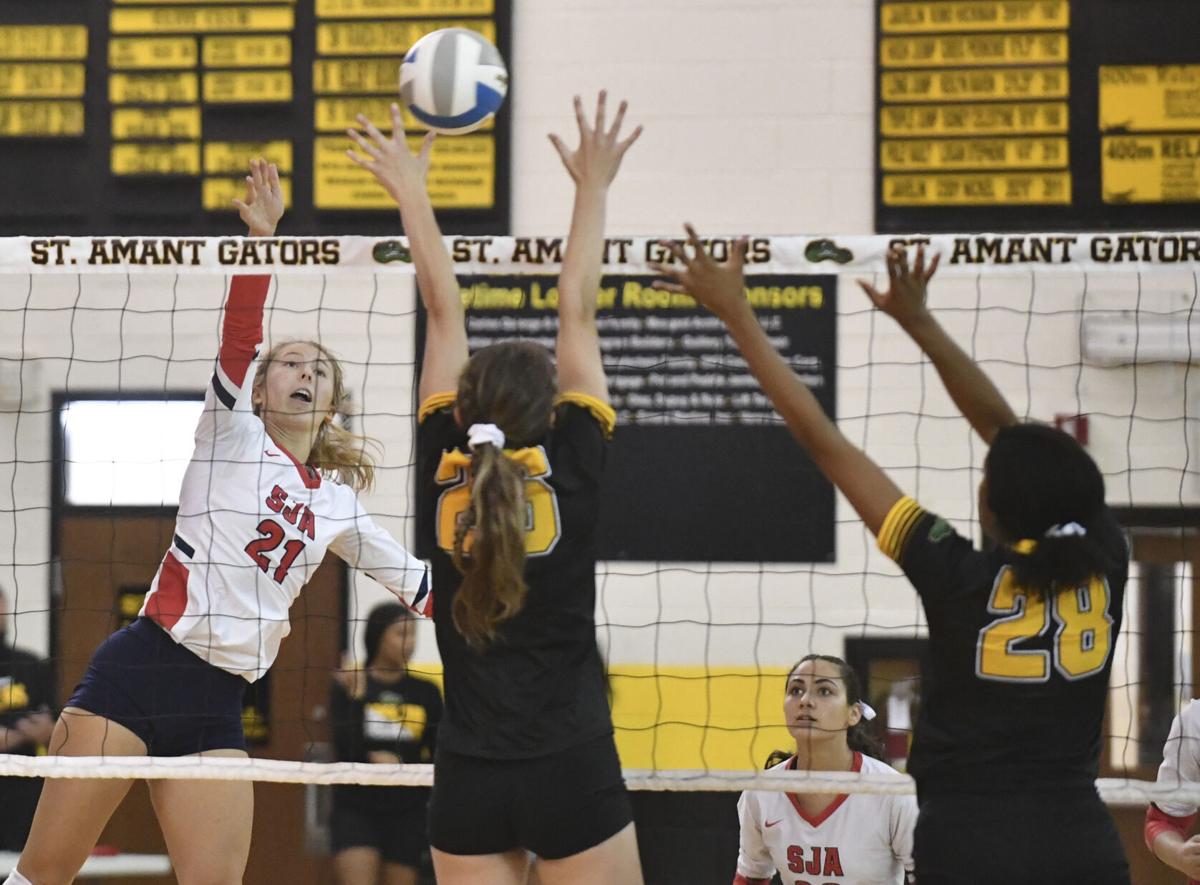 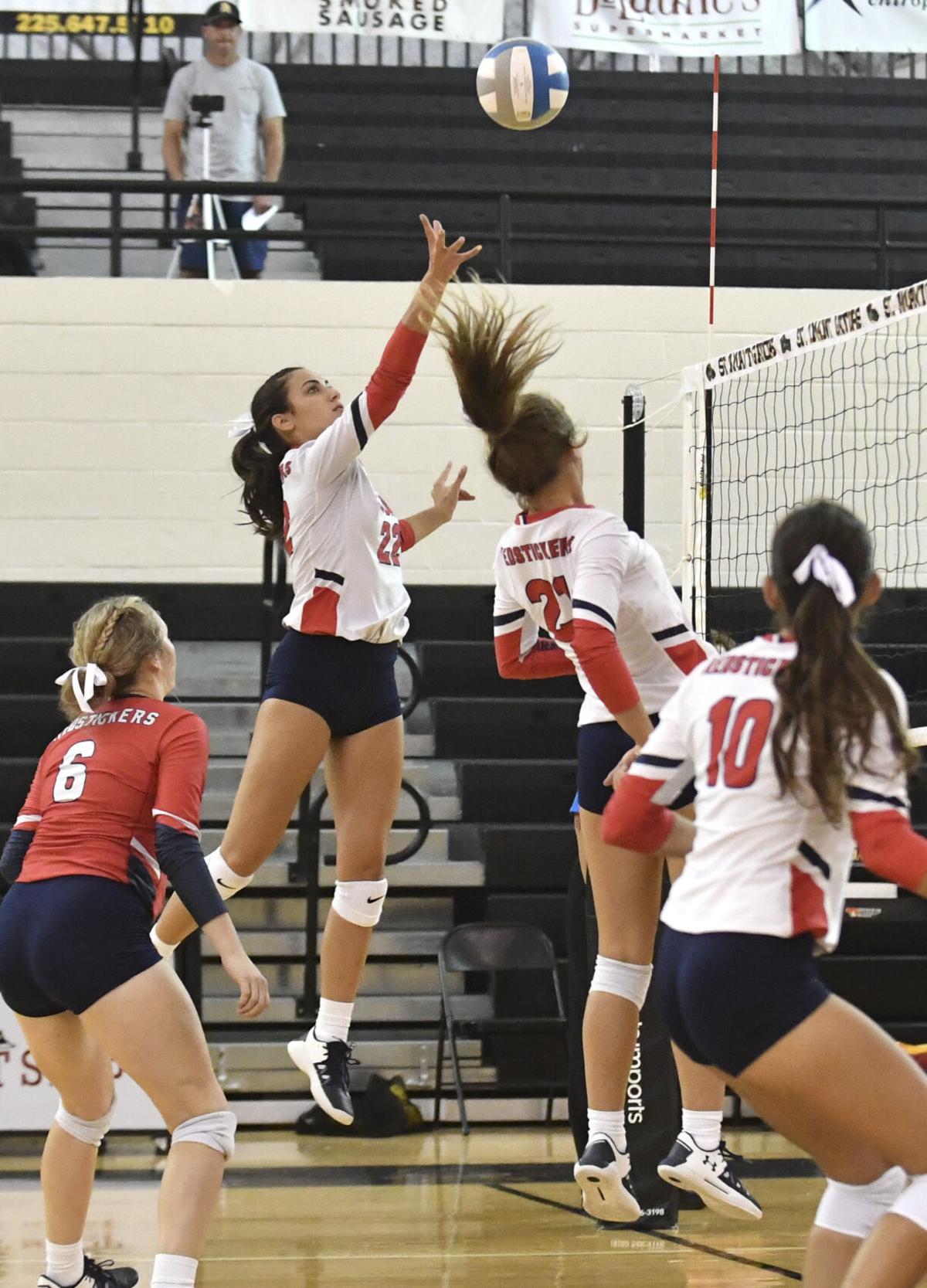 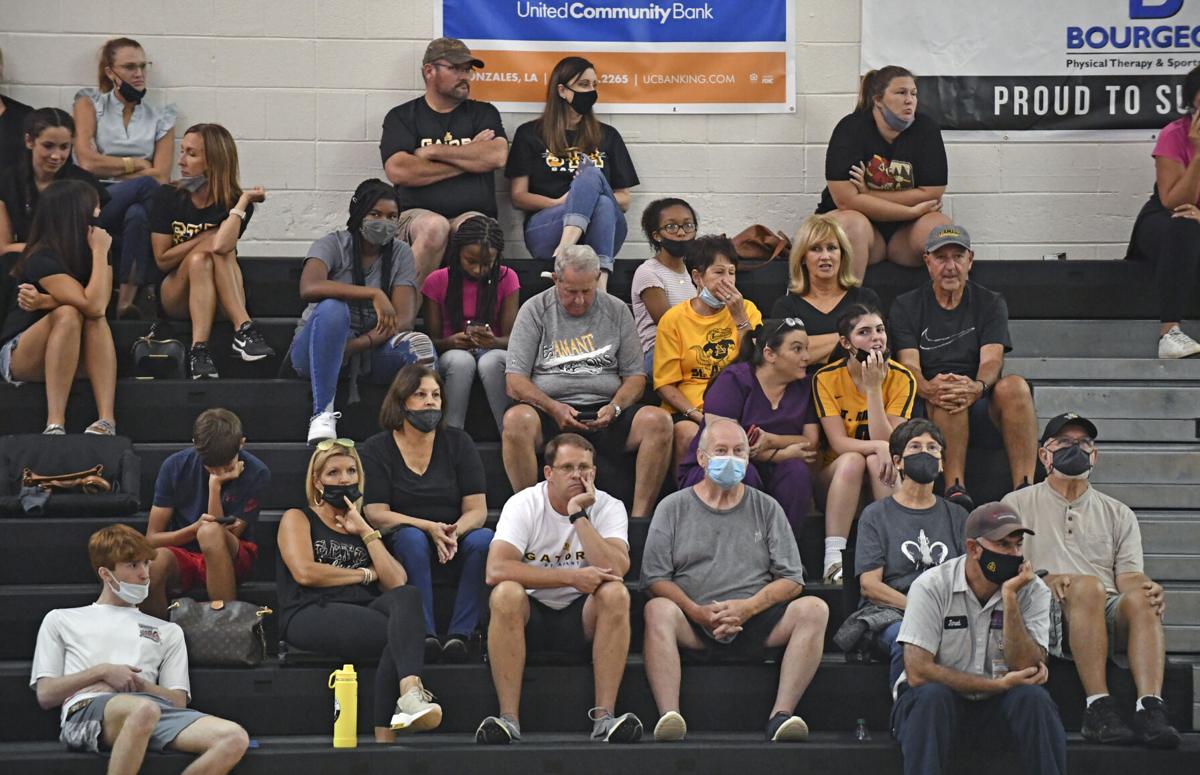 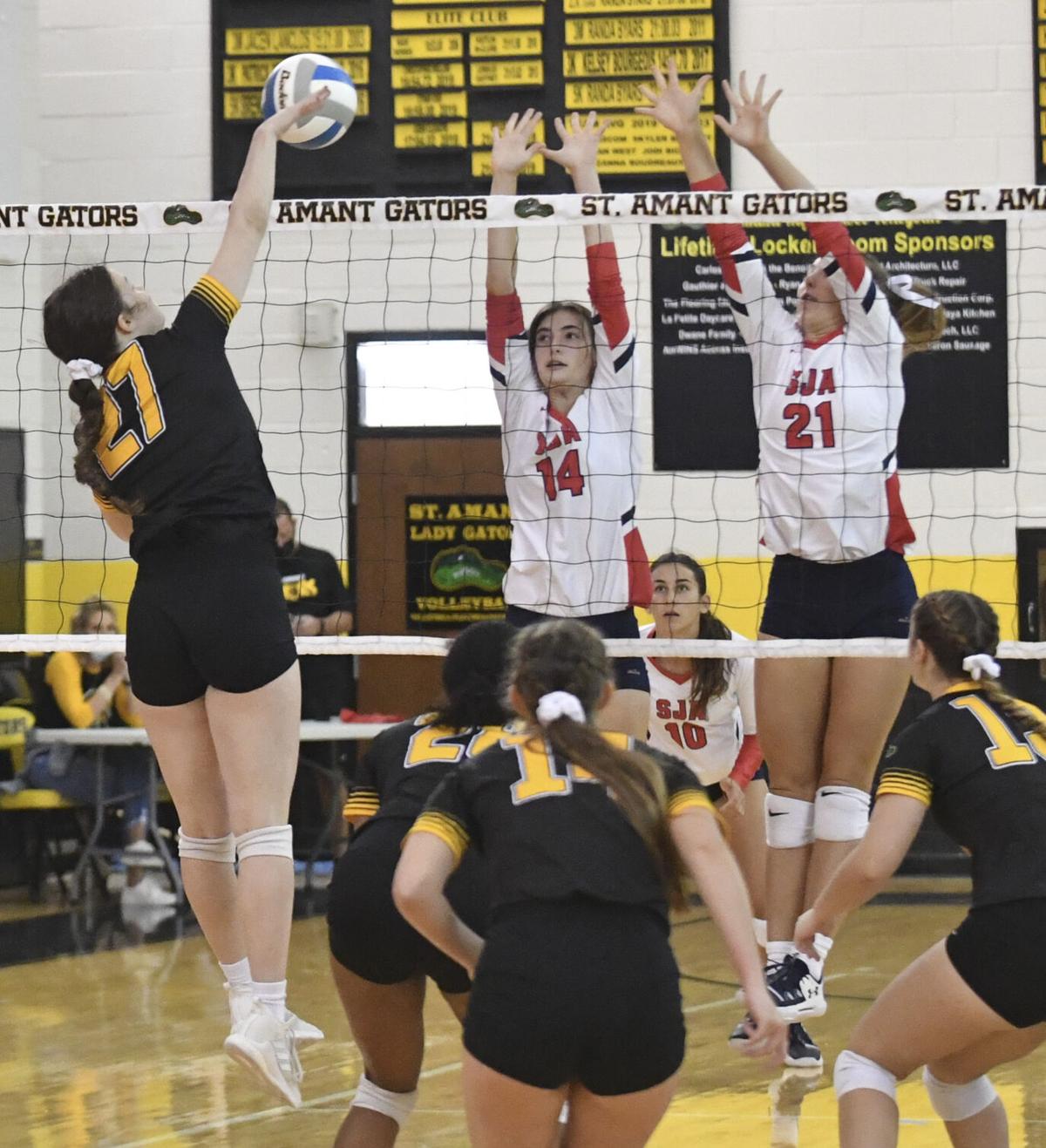 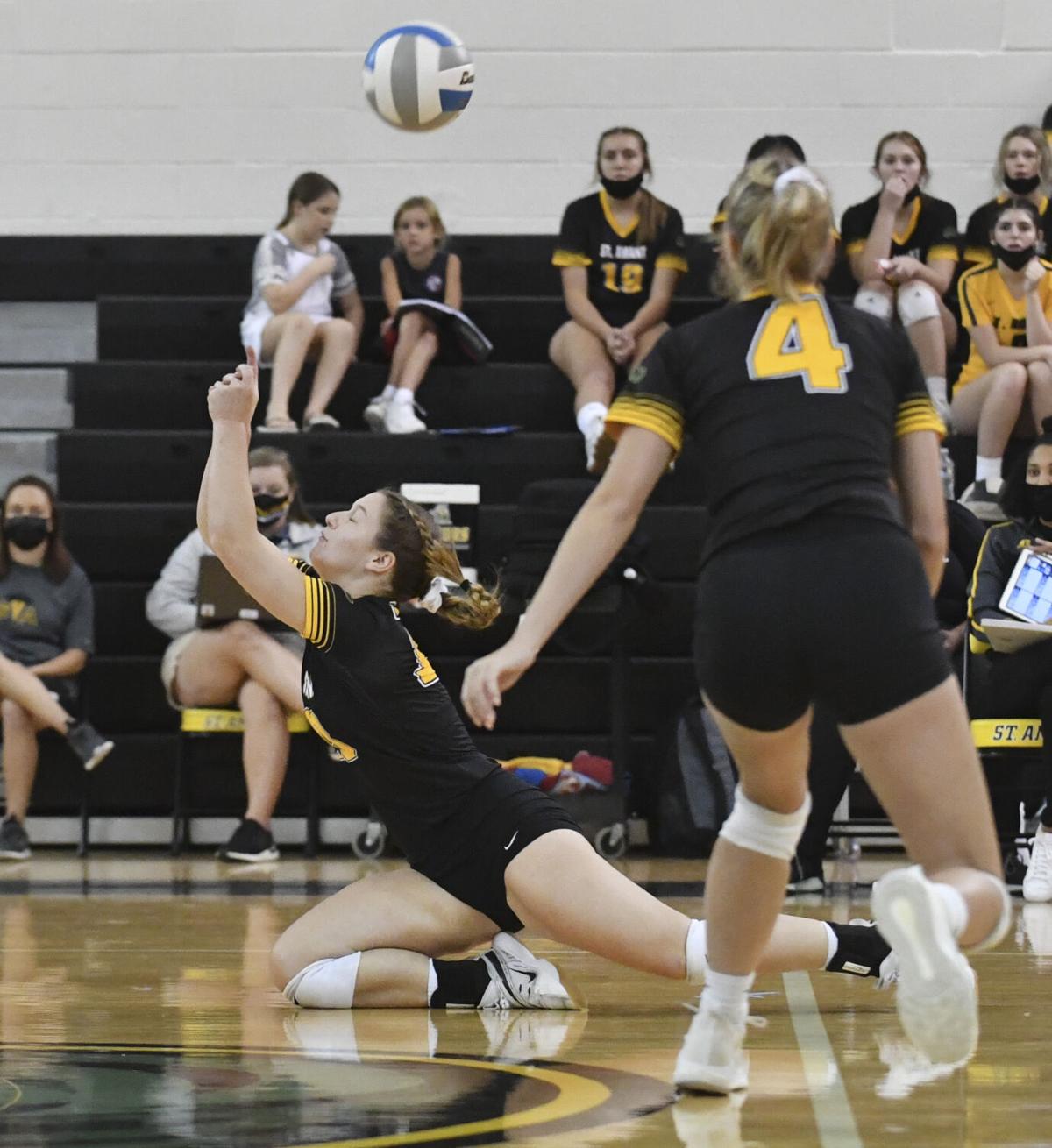 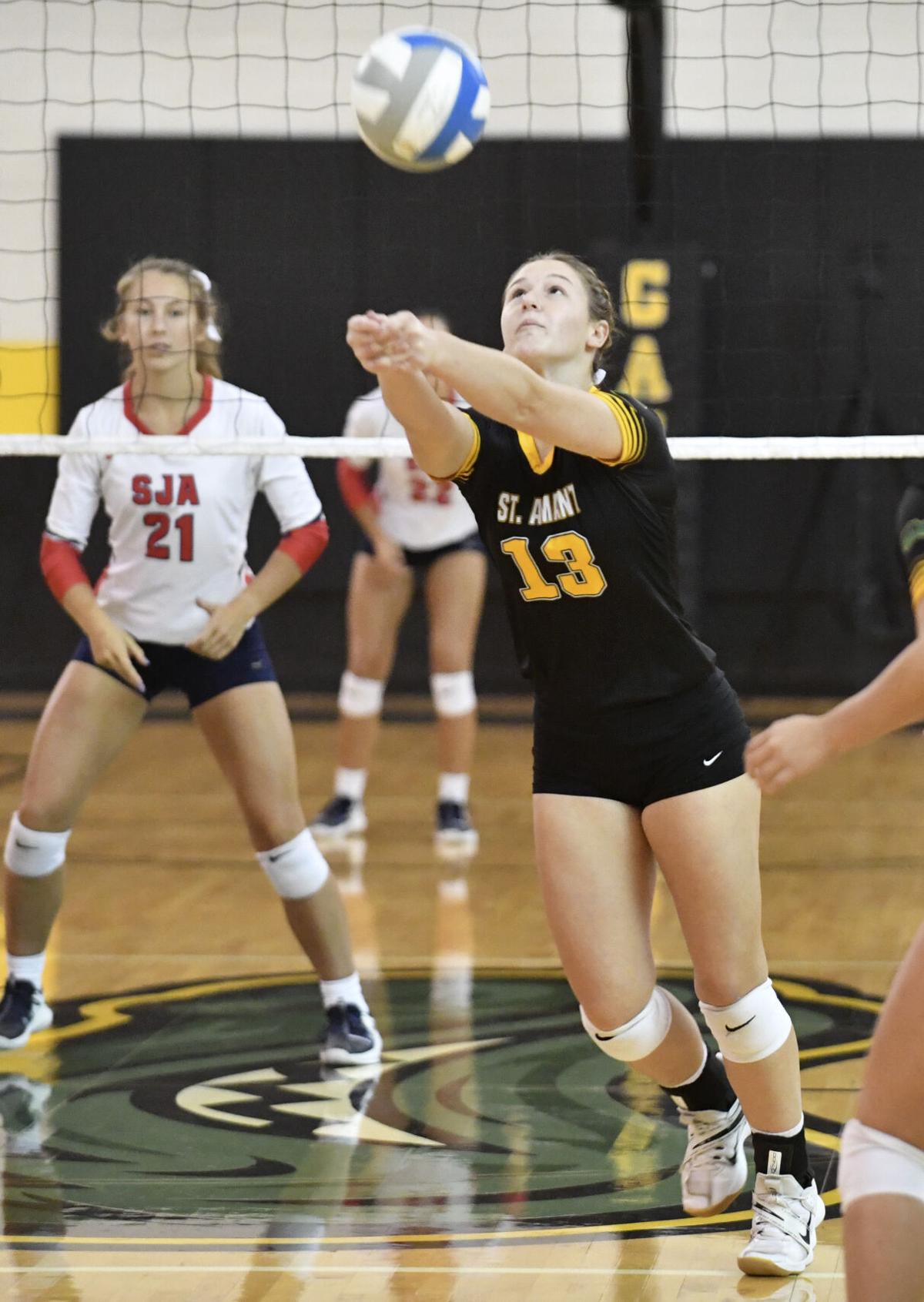 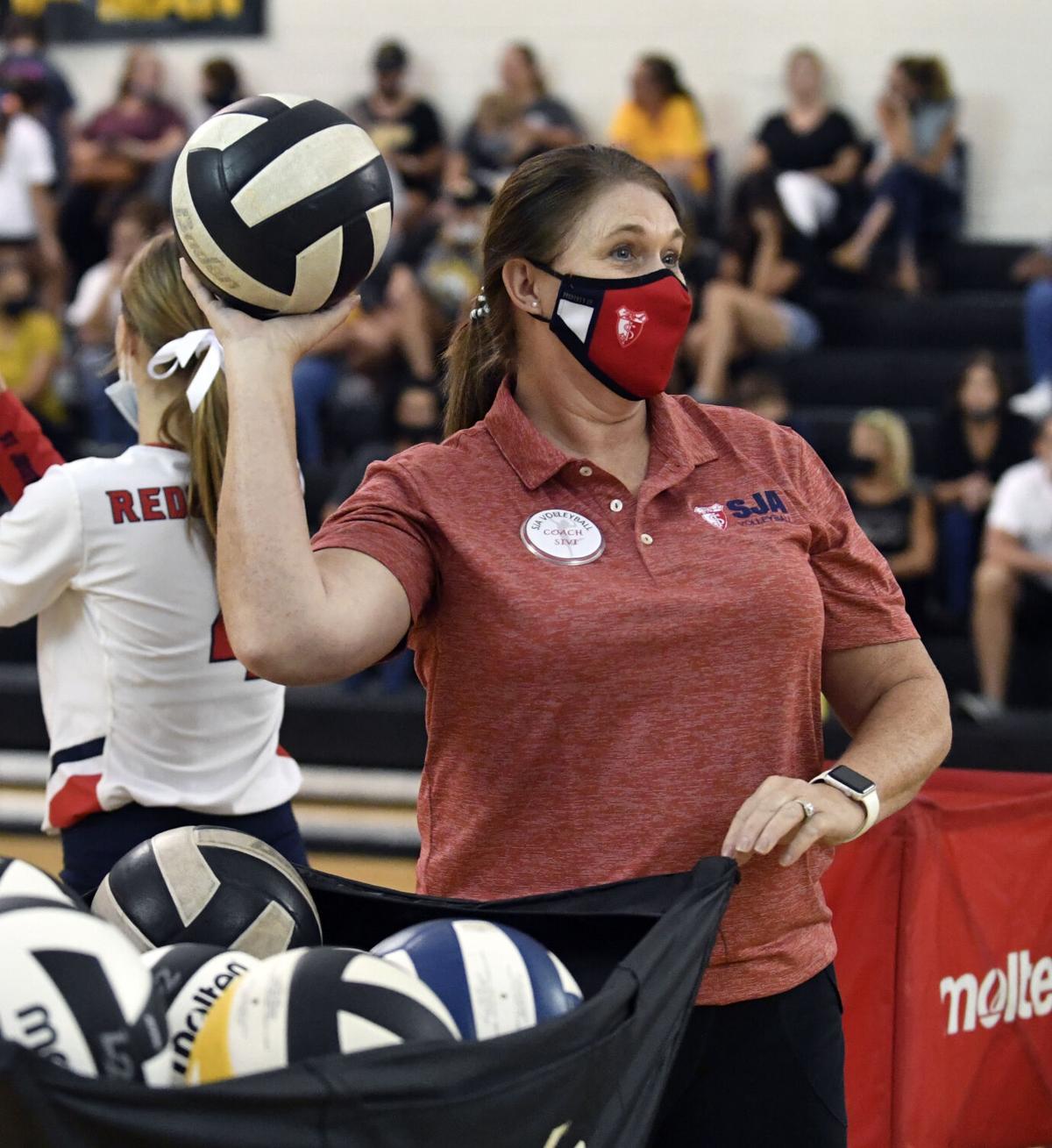 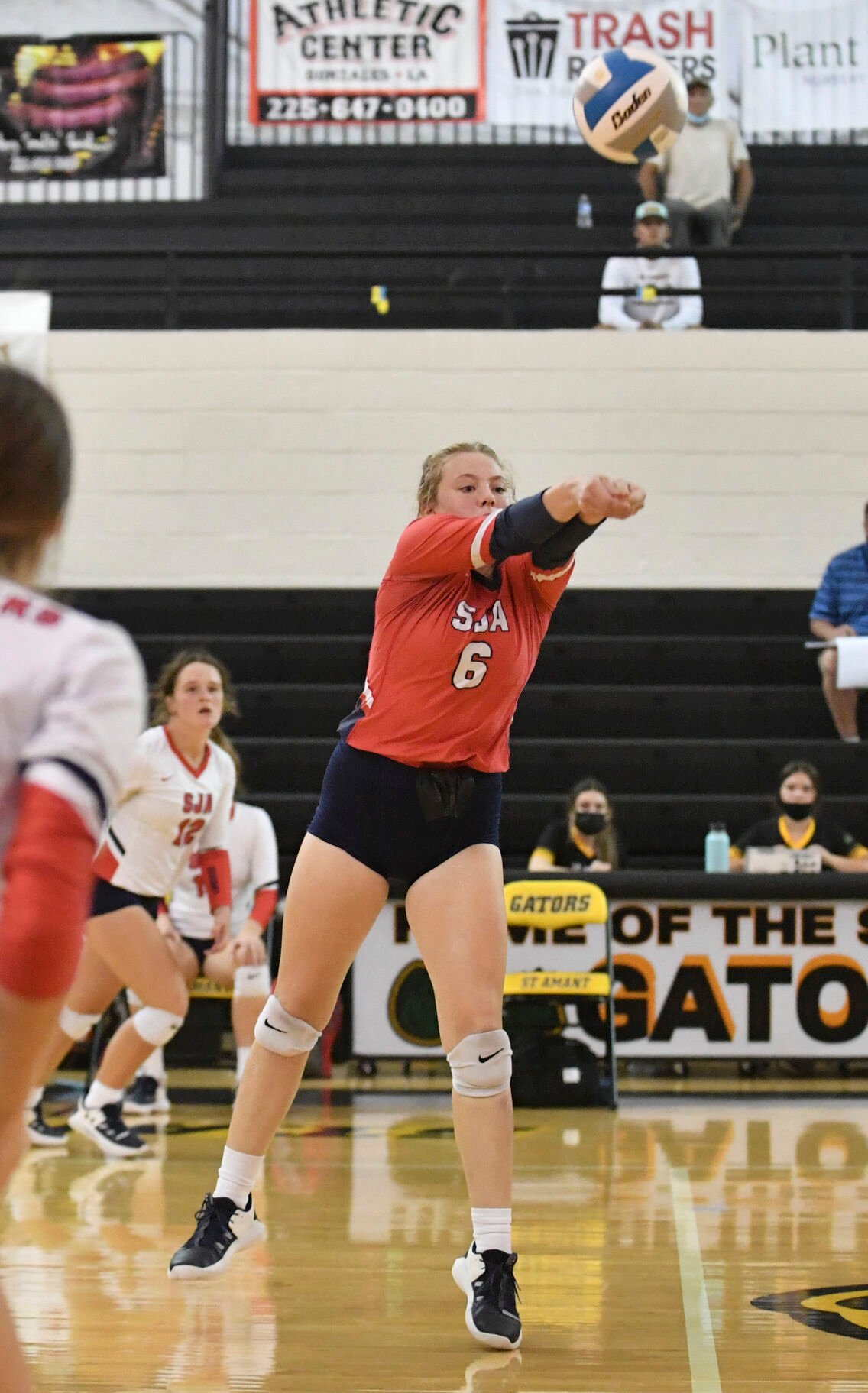 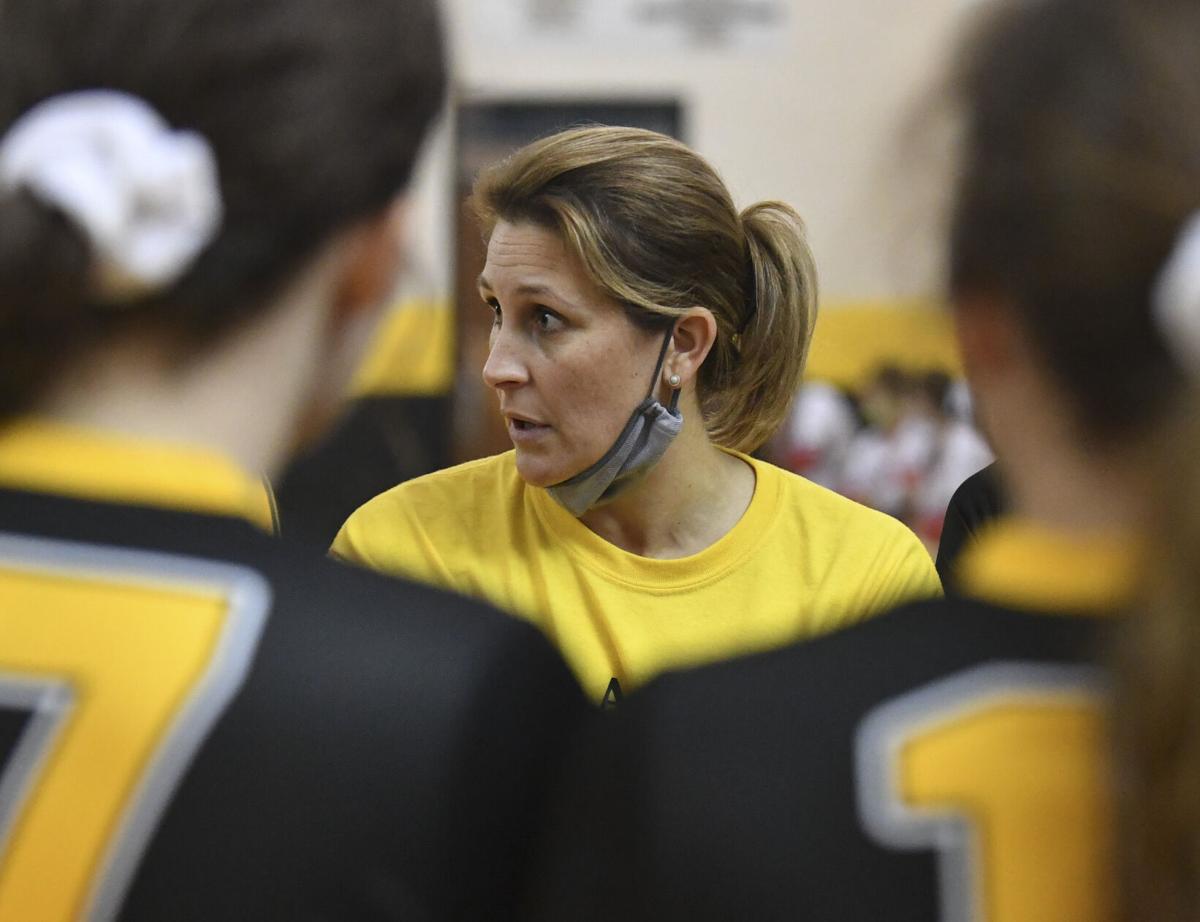 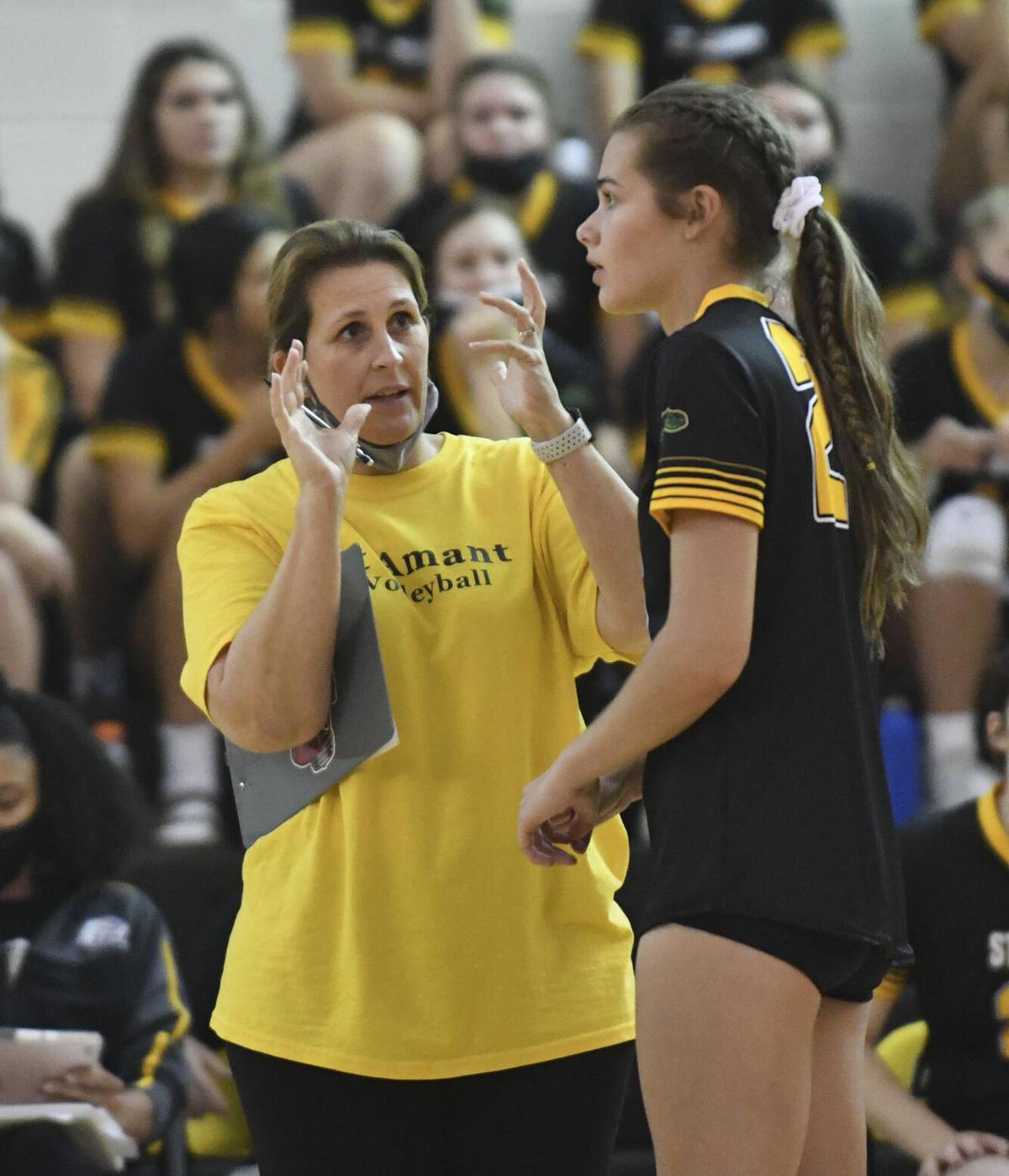 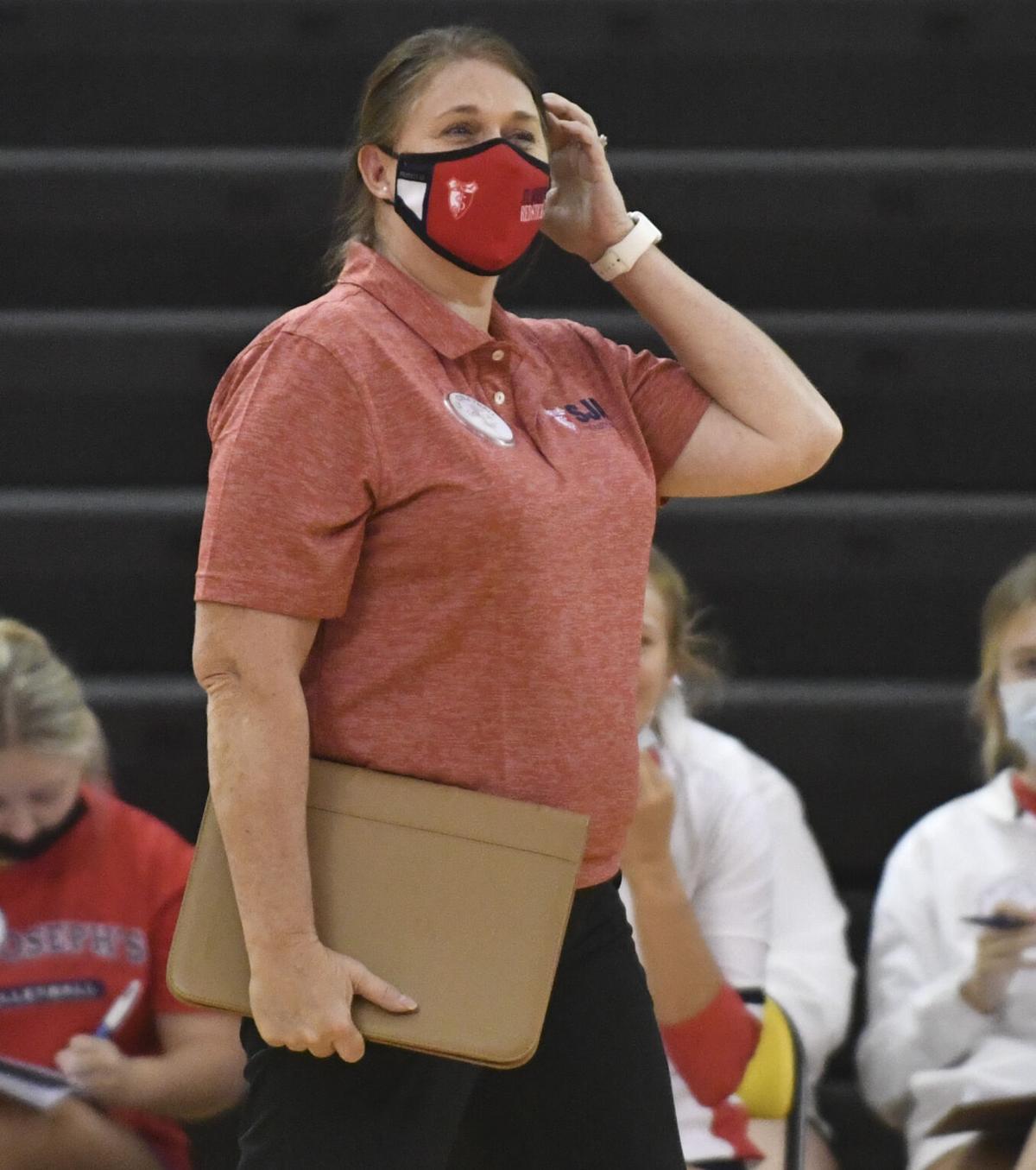 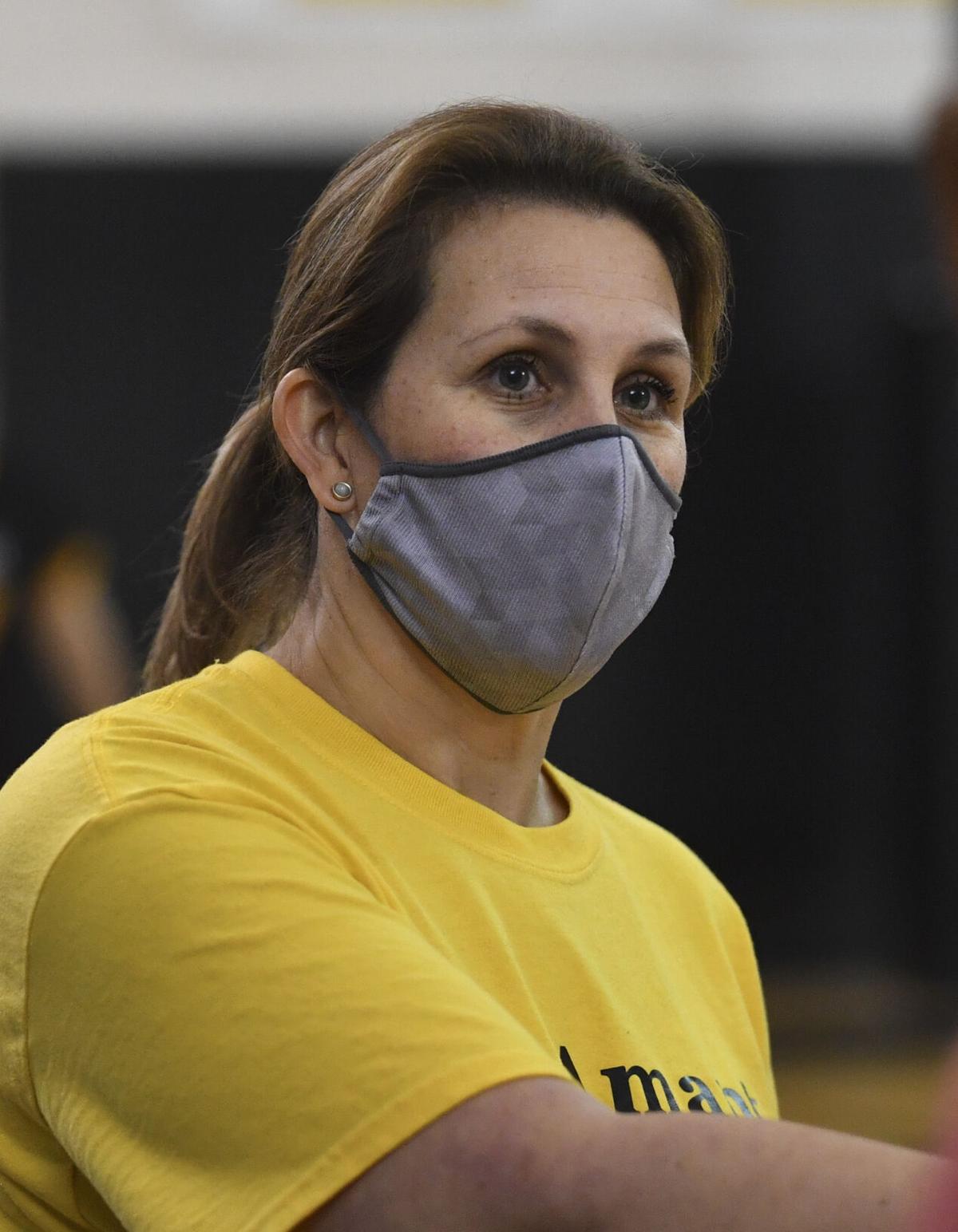 A delayed start to the regular season appeared to have no effect on the St. Joseph’s Academy volleyball team Wednesday when it visited St. Amant.

The Redstickers were more than ready as they rolled to a 3-0 win behind a balanced and experienced attack in the season opener for both teams.

St. Joseph’s won 25-6, 25-3 and 25-23. The Redstickers were so dominant in winning the first two sets that coach Sivi Miller had no second thoughts about substituting in a different lineup for the third game.

Anna Musso and Ellie Foco led SJA with six kills apiece, and Grace Toler was a force with four kills. The Redstickers also put up a roof at the net with Morgan Perry contributing four blocks, Musso three and Emma Evans two.

“The first two sets we ran a lot of stuff we’ve been working on. In the third set, obviously, we put some subs in to get some experience,” Miller said. “There was a little bit of a momentum shift, but I had trust in those girls in the third set.”

St. Amant, playing it first game under coach Chandra Ewen, won the first point of the match and was tied with SJA 5-5 in the early going of the first set. After that, the Redstickers dominated play.

Jessica Jones topped St. Amant with four kills while Amaya Evans had two kills and a block, but it wasn’t enough for a Gators’ squad that has had members miss practice time due to injuries and Hurricane Ida.

“There were some adjustments we had to make, but we had a great practice yesterday, so I’m not really sure who was on the floor today,” Ewen said. “There wasn’t a lot of communication, and if it could be done wrong, then we did it wrong.”

St. Amant built a 17-10 lead in the third set before SJA rallied to close out the match.