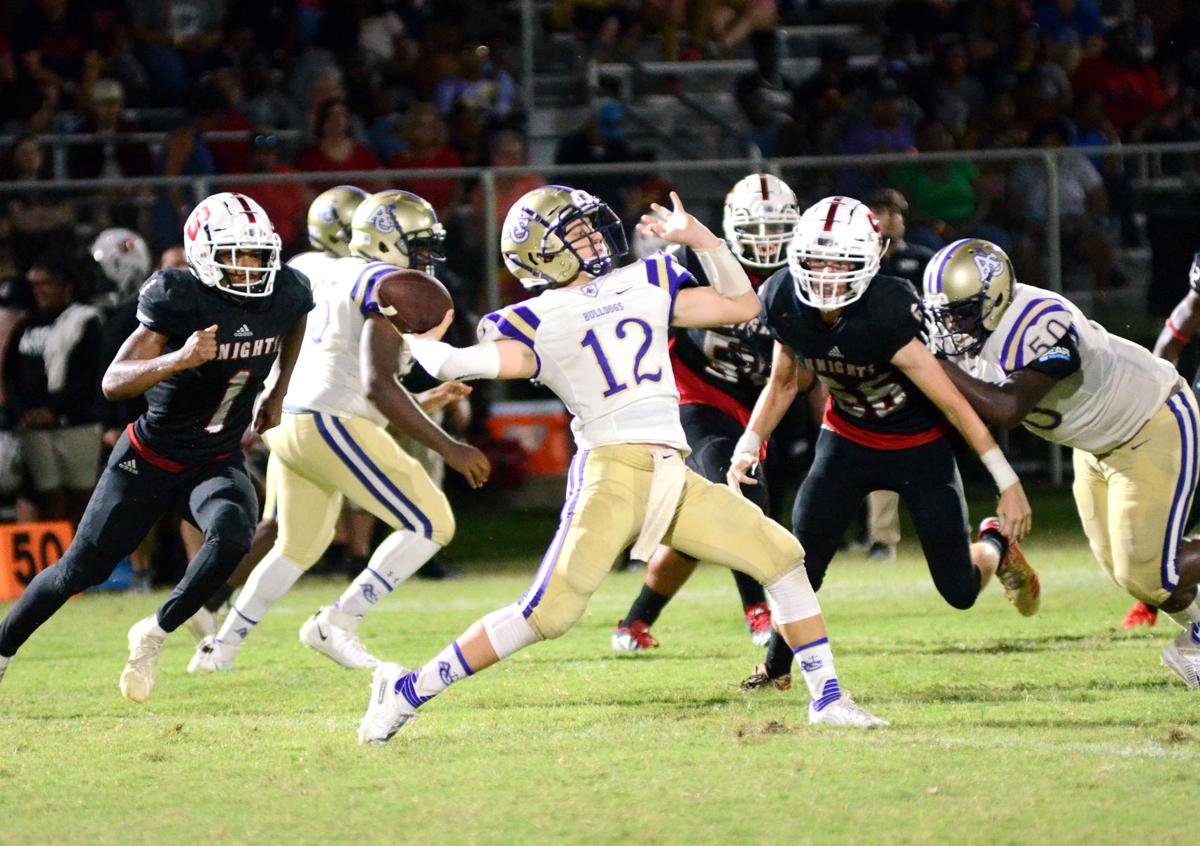 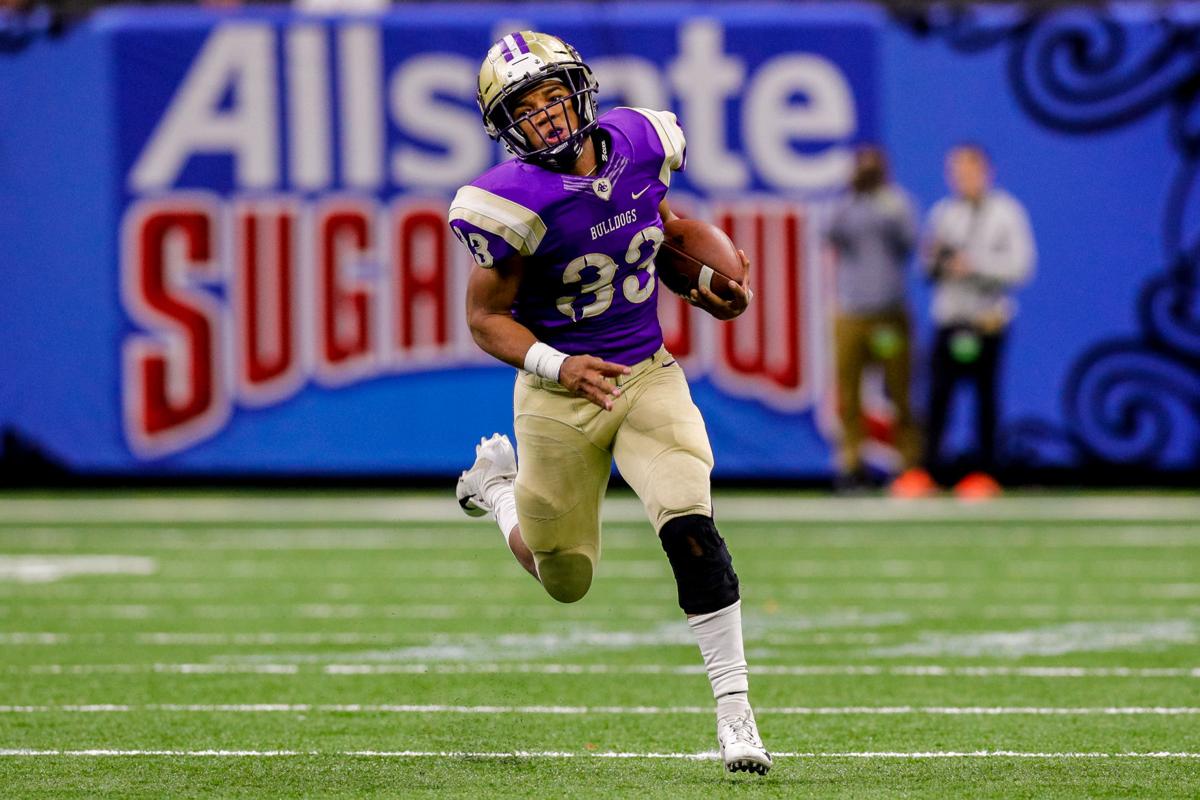 Ascension Catholic Jai Williams (33) runs against Lafayette Christian Academy in the open field during the first half of the LHSAA Class Division IV football championship on Thursday, Dec. 6, 2018, at Mercedes-Benz Superdome in New Orleans, LA.

Ascension Catholic Jai Williams (33) runs against Lafayette Christian Academy in the open field during the first half of the LHSAA Class Division IV football championship on Thursday, Dec. 6, 2018, at Mercedes-Benz Superdome in New Orleans, LA.

There were some unknown factors when Benny Saia was hired to be the football coach at Ascension Catholic. How well would the veteran coach, known for his success Class 5A Dutchtown, be accepted? And how would the ACHS players adapt to change?

So far, Saia has gotten everything he could possibly want from the unbeaten Bulldogs (8-0, 3-0), who enter Thursday’s season-season finale against St. John (2-7, 0-4) as the No. 2 ranked team in the LSWA’s Class 1A poll.

“It has really been a great experience,” Saia said. “The kids accepted not only me, but also a new coaching staff with the exception of one guy. And they embraced things we wanted to do scheme-wise.”

Saia took on the ACHS job knowing the expectations would be high. The Bulldogs were the Division IV select runners-up to Lafayette Christian the past two years. All-state running back Jai Williams and lineman Nick Hilliard were among the players returning.

One key change Saia made was moving to the Wing-T offense. That meant new responsibilities for a young line and all the skill players. Freshman quarterback Bryce Leonard, who recently celebrated his 15th birthday, learned quickly and has excelled. He accounted for three touchdowns in last week’s 41-7 win over Ascension Christian. Williams has adapted to the offense that features three running backs.

“In the past, it was a one-back set and Jai got the ball,” Saia said. “This year, there are three guys to defend. Jai’s carries and yards are down but I think he is fresher, which helps because he is a key defensive player for us at linebacker. He’s a team player and leader.”

Williams is averaging 11.6 yards per carry. He has 986 yards on 85 carries and enters the game with 98 career TDs, one short of the school record his father, former LSU running back Germaine Williams, set in the late 1980s.

Madison Prep defensive back Major Burns will not receive his ceremonial jersey/invitational to play in the Under Armour All-America Game until next Thursday, Nov. 14.

A ceremony was planned for this Thursday. MPA Athletic Director Jeff Jones said the ceremony will take place at 9 a.m. Nov. 14.