Scotlandville’s Zaheem Jackson drives to the basket around Brother Martin’s Davonn Moore, on Wednesday night, at Scotlandville High, during the Division I semifinals. 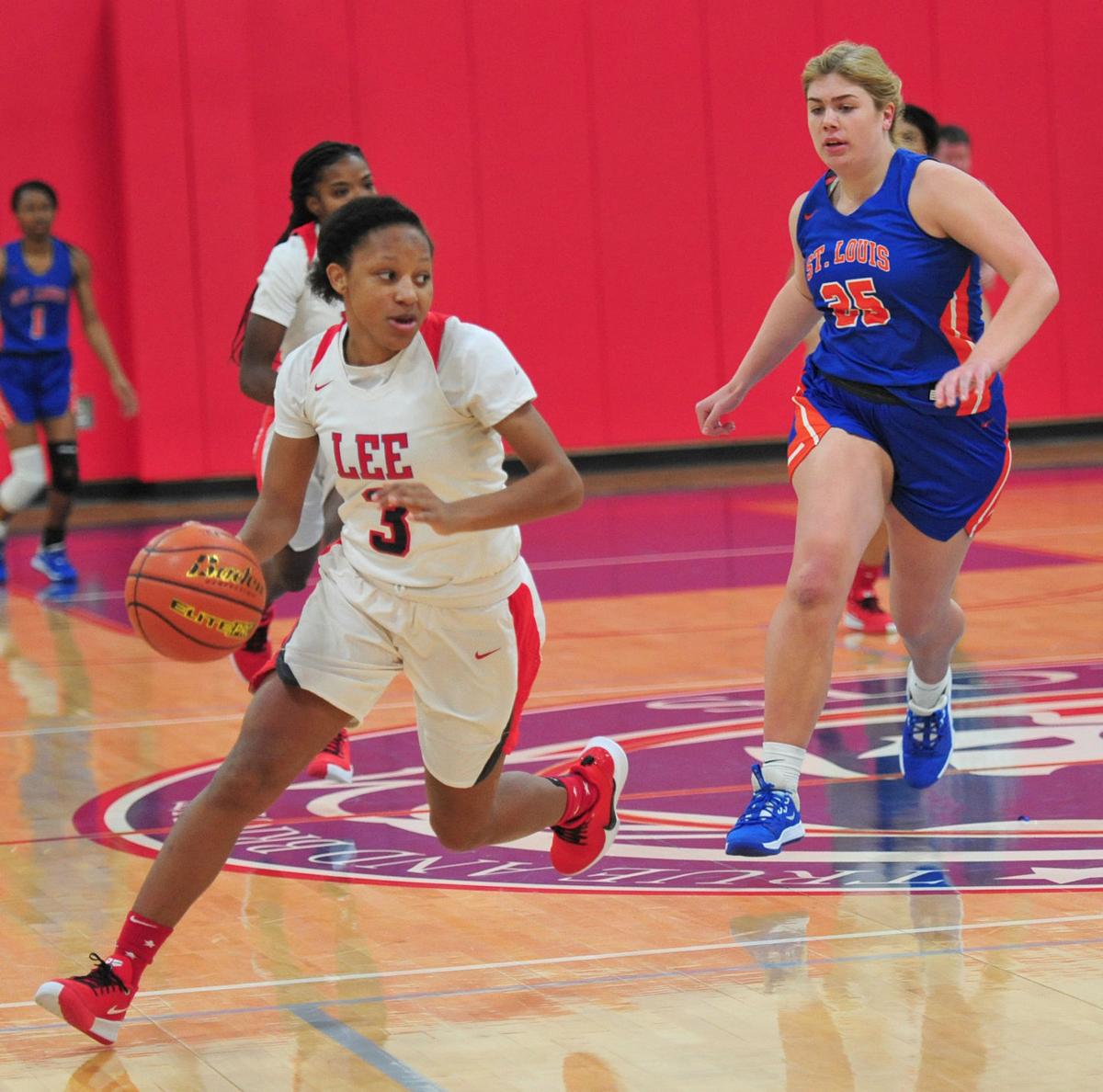 Scotlandville’s Zaheem Jackson drives to the basket around Brother Martin’s Davonn Moore, on Wednesday night, at Scotlandville High, during the Division I semifinals.

1. Scotlandville (13-2): The revamped Class 5A Hornets do not have a lot of size, but they use their defense and quickness well. They have a 10-game winning streak

2. Zachary (13-3): After two straight losses, the 5A Broncos regrouped and notched a big win over St. Michael. This team is young, but they distinguished themselves in a big way.

3. Madison Prep (5-2): Looks are deceiving and so is the record for the Class 3A Chargers, who complete a COVID-19 quarantine this week, have size with 6-foot-8 Percy Daniels and 6-7 Quency Wiggins.

4. University (15-2): The Class 3A Cubs also have been as impressive as anyone this season. Twins Bryce and Brock Brown are a formidable duo.

5. Port Allen (8-3): Like Scotlandville, the 2A Pelicans have a different look than last year. Since football players joined the squad last month, Port Allen has been impressive.

6. Dunham (11-8): The Tigers have had some ups and downs, but also have their share of key wins. A knee injury suffered by guard Carlos Stewart is a potential game-changer.

7. Southern Lab (13-5): Big losses in the EBR tourney and the Battle on the Bluff to Class 5A teams are notable. However, expect the Kittens to be a force in Class 1A/Division IV.

8. Liberty (8-4): A recent COVID quarantine leaves questions about how good the Class 4A/Division II Patriots can be. They have some size and plenty of depth to make things interesting.

9. Jehovah-Jireh (12-7): The defending Class C/Division V Warriors have a retooled lineup too. But with point guard John-Paul Ricks they have a chance to compete with the rest on this list.

10. Walker (8-4) and Episcopal (10-6): A big win over Catholic last Friday gives Class 5A Walker the last spot on this list. Class 2A/Division III Episcopal is a team you can never sleep on.

1. Liberty (10-4): Yes, the Patriots have retooled after winning two Division II titles and the results have been impressive. Their losses are to top tier teams.

2. Doyle (13-4): Like Liberty, the defending 2A champions also have some new starters, but the results have been very impressive nonetheless.

3. Walker (21-1): The 5A Wildcats lone loss is to Mount Carmel. There are quality wins. But a rash of injuries has Walker revamping its lineup, so it will be interesting what happens next.

4. Zachary (14-6): The 5A Broncos also have had some key injuries but have fared well against a tough schedule.

5. Madison Prep (8-6): Few teams have played a schedule as tough as the 3A Chargers, who are known to finish strong each year. It will be fun to see how they finish this season.

6. Albany (11-5) and Episcopal (13-2): The 3A Hornets and 2A/Division III Knights have put together solid starts against a wide range of competition, which should serve them well.

8, East Iberville (16-3): The 1A Tigers fell short of making the LHSAA tourney last year and play Walker this week, an intriguing cross-classification matchup.

9, Plaquemine (10-4): A solid start makes the Green Devils the only Class 4A team to garner a spot on this list.

10, Brusly (14-7): The 3A Panthers have played a wide range of competition from multiple classes and fared well.

On the outside looking in: Holden, McKinley, Port Allen, St. John, West Feliciana.